Google will soon give “ethical” search engine Ecosia a more prominent place in Chrome as Google faces growing scrutiny over its anti-competitive practices.

In Chrome 81, which launches on March 17, Google will add Ecosia as an option to the four existing default search engine alternatives in dozens of countries, including the U.S., U.K. Brazil, Canada, Germany, France, Mexico, and Australia. The exact combination of alternative options varies from market to market, however.

It’s worth noting that it’s already possible to manually configure Chrome so that pretty much any website — including Ecosia — can be used as the default search engine. But now anyone looking to change their default search engine will see Ecosia listed alongside Google, Bing, Yahoo, and DuckDuckGo.

Above: Ecosia as a default search engine

The main impact of changing the default search engine is that anyone who uses the “omnibox” web address bar at the top of the browser to search the web can stipulate which search engine provider delivers the results.

Above: Searching with Ecosia in Chrome’s “omnibox”

Search and ye shall find

Ecosia isn’t exactly a household name, but the German company behind the search engine has been slowly gaining steam over the past 11 years, driven by a belief that ethical considerations should lead its business model. Its unique selling point is that it donates at least 80% of its profits to reforestation projects, meaning every search made on its website or app contributes in a small way to planting more trees. In fact, the company said it helps plant roughly one tree for every 45 searches that are made, culminating in more than 86 million trees planted to date.

Ecosia is the brainchild of Christian Kroll, who, after graduating from the University of Erlangen-Nuremberg, Germany in 2007, was in a quandary about what to do with his life. But he was certain of one thing: “I knew I didn’t want a run-of-the-mill corporate job.”

As with many new graduates, Kroll elected to travel the world while mulling over his options. He ended up in Nepal, where he tried to launch a local search engine to finance development projects in the region. “It didn’t take off, as we only had access to electricity — and therefore the internet — for four hours a day,” he said. “Even if this didn’t quite work, it did make it clear to me that Google was making a lot of money from its search engine and that there was space in this market for an ethical alternative that used these profits to make the world a better place.” 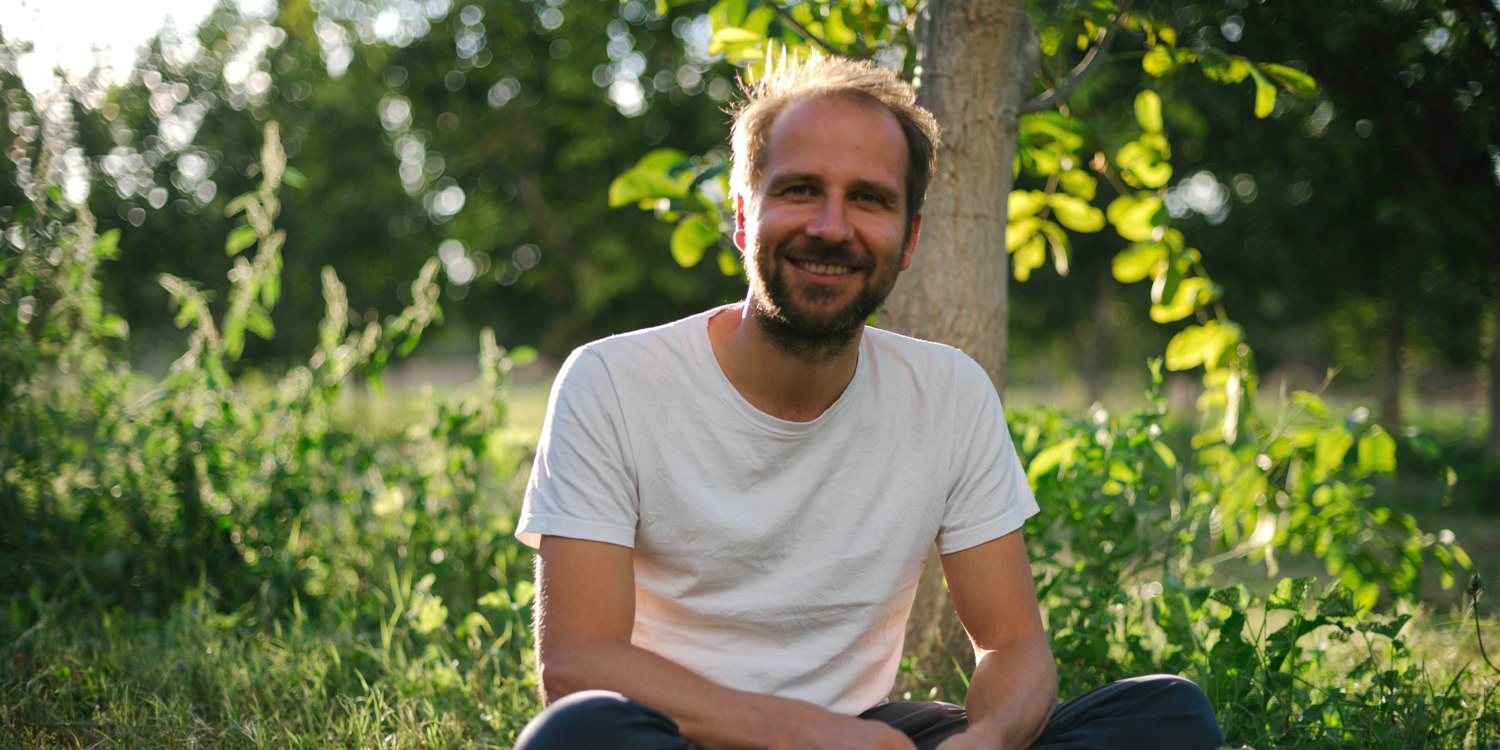 On a subsequent journey through South America, Kroll witnessed the devastating impact of deforestation on the environment and local communities.

“In Argentina, for example, you can drive through huge soy farms and not see any signs of wildlife or the thriving ecosystems that were once there,” Kroll continued. “Whilst I was in South America, I discovered that up to 20% of Co2 emissions can be tracked to deforestation, and that really stuck with me. I also learned what an important role trees play, reducing carbon in the air; combating hunger, poverty, and extreme weather systems; and restoring biodiversity.”

These experiences served as the genesis for Ecosia, and in 2009 Kroll moved to Berlin to launch his new project with his sister and a few friends.

As a standalone product, Ecosia’s product is straight forward enough — it offers a clean search interface, with a layout not too dissimilar to other search engines out there. There is the standard web results, with additional options for images, news, videos, and maps. And it is definitely worth noting here that Ecosia is powered by Microsoft’s Bing search engine.

The interface will seem a little lacking in features to those more accustomed to Google, for example it doesn’t have business information in neat boxes with all their opening hours, contact information, and reviews laid out. And it doesn’t have the full array of knowledge boxes that tell you all the information you need to know — e.g. “how many calories are in a Big Mac?” — in giant knowledge boxes within the search results.

But Ecosia is never really going to compete directly with Google on that front. Ecosia is all about the “ethical alternative” to Google — on its homepage, it asks users to “search the web to plant trees,” with a rolling counter showing everyone how many trees Ecosia has helped to plant since its inception.

Above: Ecosia on mobile

Then there is the issue of monetization to contend with — how, exactly, does Ecosia fund all those trees, not to mention its internal operations? There is no secret sauce here, it all comes down to advertising — Ecosia serves relevant ads to users when they make a search, though this isn’t as hyper-personalized and targeted as other search engines might be. Ecosia also promises not to track users around the web or sell data to third-parties.

“This is the only way we make money,” Kroll said. “We’ve taken a privacy-centric approach to serving adverts to users — we don’t store searches permanently, and all searches are anonymized within a week. Many web services collect user data in order to sell it without asking your permission — we’ll never do this, and we don’t use external tracking tools either.” 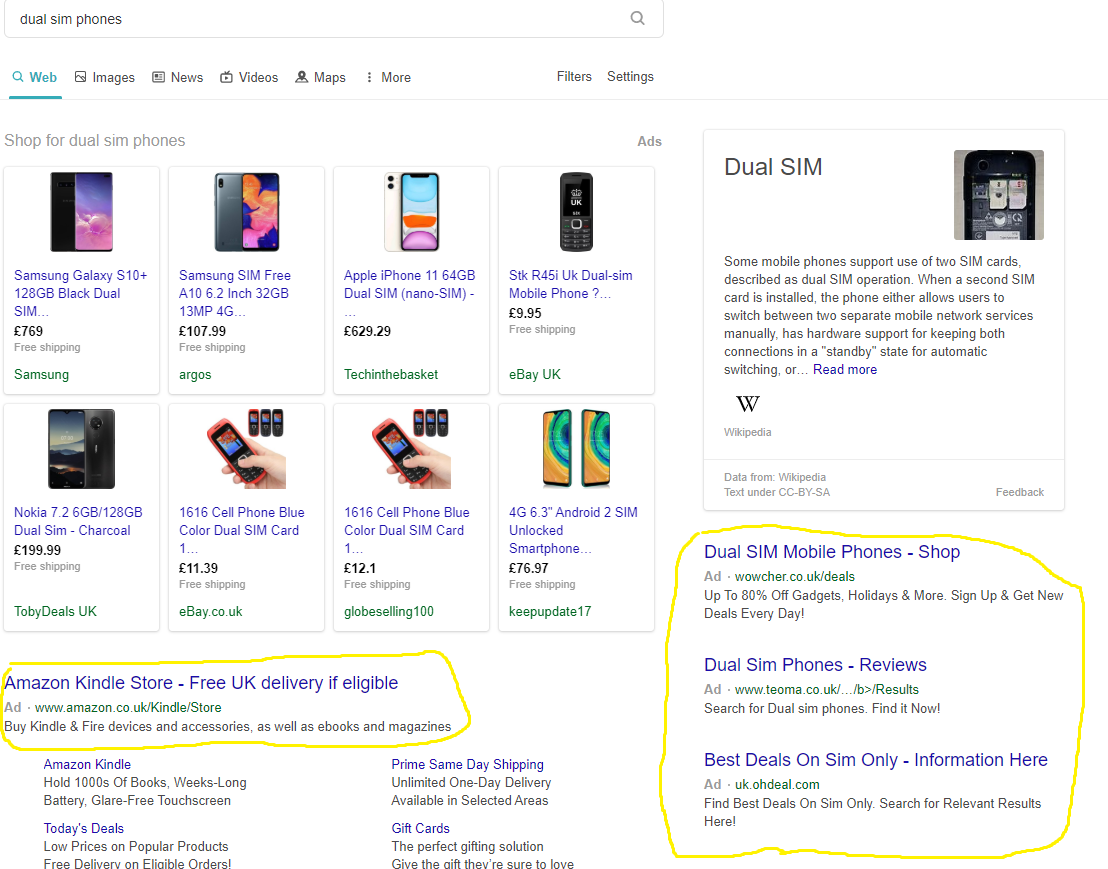 That all said, given its partnership with Bing, Ecosia does send more data than some individuals might be comfortable with, such as IP address, user agent string (e.g. browser type and version, and operating system), and settings such as country and language.

“We’re committed to protecting users’ privacy, so there is no profiling of users based on where they are and what they are searching for,” Kroll added. “General location data is used to increase the relevancy of results on an individual query basis. On a practical level, this prevents you from getting results for restaurants in Berlin, Germany, if you live in Berlin, New Hampshire, for example. Data from that process is then deleted after a week, meaning that we — purposefully — know very little about our users. We could probably make a lot more money than we do, but we’ve balanced a privacy-centric, ethical approach with the need to raise funds to plant trees.”

Put simply, Ecosia isn’t the ultimate privacy search engine by any stretch, but it hopes that a “not being as bad as Google” approach will be enough to win over some users, and help it build a sustainable business that ultimately helps the planet.

Ecosia said that it has been funding tree planting projects since 2010, though it only became profitable in 2015. In 2019, Ecosia reported that it made €19.3 million ($21.7 million) in revenue, with around €7.8 million ($8.8 million) of that going into its costs, such as salaries and taxes. Of the remaining €11.5 million ($13 million) in revenue, the company said that 80% went directly into planting trees, while the remaining money was put into its solar plants.

Indeed, Ecosia started building its own solar plants back in 2018, and now has two such sites located in Aue (531 kWp) and Schinne (199 kWp) in Germany.

Today, Ecosia claims that its servers are powered entirely by renewable energy — but more than that, it is now Co2 negative, and is pushing to produce twice as much solar power than it actually needs in 2020. “This way, we’re actively crowding out dirty energy from the grid,” the company proudly proclaims.

However, despite its modest successes over the past decade, there is no denying that Ecosia and Google is very much a David vs. Goliath story.

Google has faced numerous complaints of anti-competitive behavior through the years, and in 2018 the company was hit with a record $5 billion fine by EU antitrust regulators for the way it bundled its services on Android, effectively forcing phone manufacturers to preinstall certain Google apps to gain access to others. In response to the fine, Google introduced a complete overhaul of its Android licensing model in Europe, and part of this process included holding an auction to allow alternative search engines to be included in a “choice screen” during an Android phone’s initial setup, asking each user to specifically choose which search engine they would like to use.

Ecosia was one of the providers that opted out of the auction, calling the process “unethical and anti-competitive.” But Ecosia’s opposition evidently wasn’t enough to deter Google from offering its smaller rival the chance to be a default search engine option buried in the settings menu of Chrome. According to Google, the alternative default search engine options for each country is based entirely on local popularity, meaning that Ecosia’s recent growth likely played a big part in its fortunes.

“Unlike the Android ‘choice screen,’ which doesn’t really present a fair choice at all, being added as a default option in Chrome is determined by [the] usefulness to the user, rather than on the ability to pay for the privilege,” Kroll said. “This is a fairer system, and a step in the right direction for competitiveness in the search engine market.”

Ecosia said that its monthly active users jumped by nearly double in 2019, growing from 8 million to 15 million. At least part of this growth, it seems, can be attributed to the fires that engulfed the Amazon rainforest last year, which led to more than a 1,000% increase in downloads in a single day, according to Kroll.

Ecosia currently claims 55 employees, most of whom are based at its Berlin office, though the company also said that it also helps support the employment of “several thousand” tree-planters in the developing world. The U.S. could also become a key growth market for the company — Ecosia currently claims more than 1.5 million monthly active users across the U.S., with Kroll noting that it saw a 242% increase in searches year-on-year between February 2019 and February 2020. Moreover, Ecosia recently hired a new remote-based North American Country Manager to help drive adoption there.

“Ecosia’s growth over the last year shows just how invested users are in the fight against the climate crisis,” Kroll continued. “Everywhere, people are weighing up the changes they can make to reduce their carbon footprint, including adopting technologies such as Ecosia. Our addition to Chrome will now make it even easier for users to help reforest delicate, at-risk and often devastated ecosystems, and to fight climate change, just by using the Internet.”