Some of you might remember a very old mod for the original Vice City that let you drive a car up the sides of buildings to enjoy the city skyline from a better vantage. Well, now that same mod has been updated to work with the recently released GTA Definitive Edition.

Nexus Mods user StevenW updated the GTA Vice City Spider Car mod just last week. It changes the “handling.cfg file to create a "Spider Car" which is essentially a car that can climb walls and buildings, as well as almost always land back on its tires.” Only the BF Injection possesses these miraculous abilities, but it’s enough.

In addition to being able to drive straight up sheer walls, the BF Injection Spider Car can also act as a bulldozer to plow through any car in your way. It’s almost indestructible and will only explode if it flips over. It’ll also sink to the bottom of the ocean if you’re not careful with it, although it’ll respawn on the nearest landmass if it does. 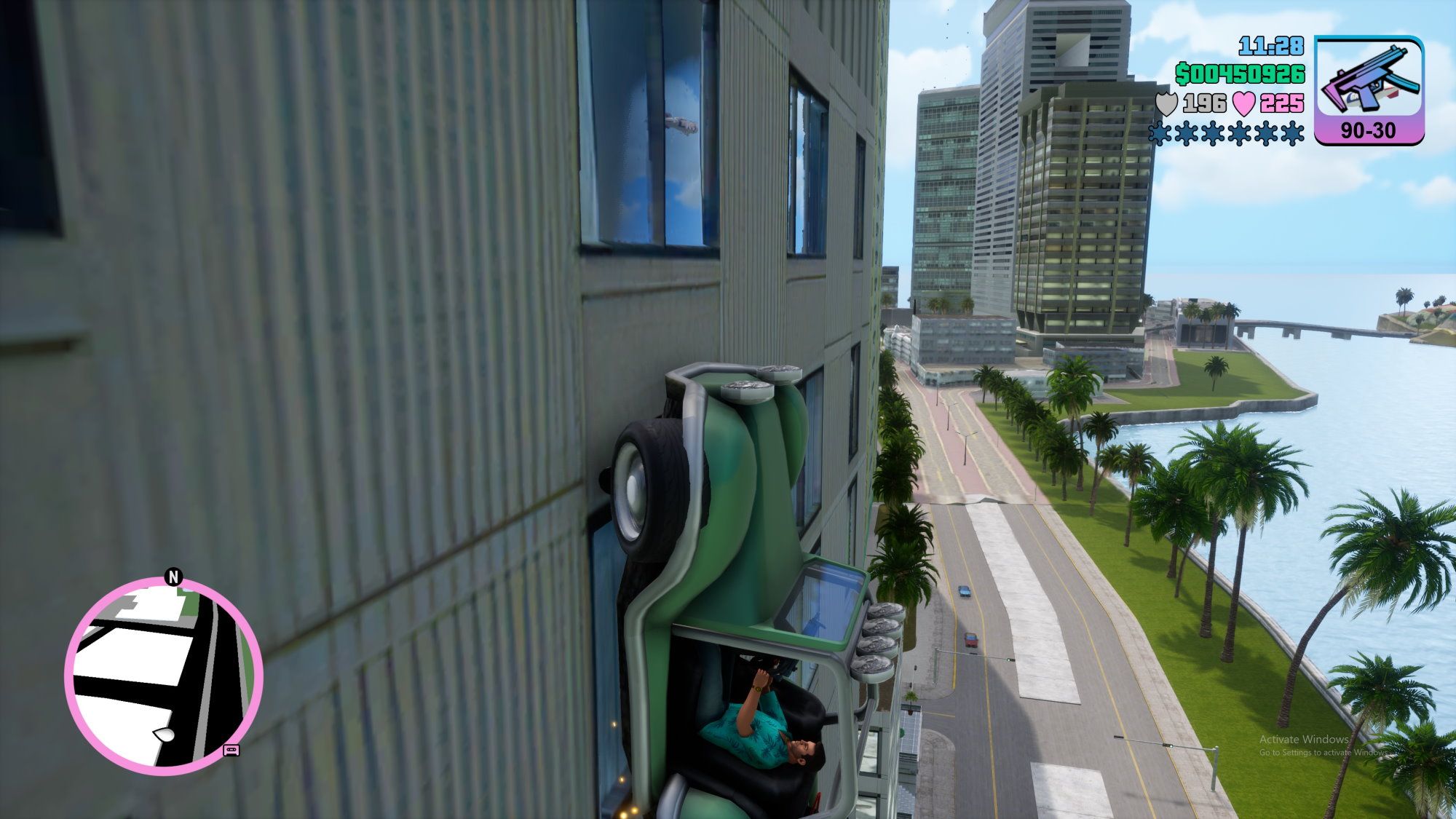 To stick to walls, just hold the handbrake. You’ll stick in place like you’ve got a giant suction cup on the bottom of the vehicle, one that can magically transport you up skyscrapers like you’re taking an evening constitutional.

Head on over to Nexus Mods to download the single mod file. Note that if you’ve downloaded any other mods that change the handling.cfg file, they’ll likely conflict with the Spider Car mod.

If you're less into the latest iteration of Rockstar's classic crime games, we've got good news for you. Several enterprising modders are updating the new Definitive Edition games to be more like their original trilogy counterparts. This means restoring all the old radio songs, the classic "wasted" animation, and even the PS2-era graphics.