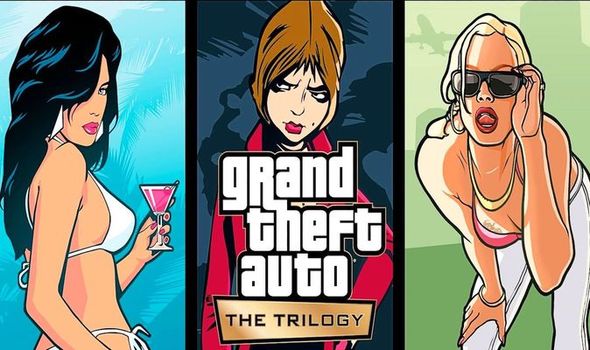 The Grand Theft Auto Trilogy Definitive Edition is about to be released on PS5, PS4, Xbox Series X/S, Xbox One, Nintendo Switch and PC.

This means new and improved visuals, modern controls, and lots of additional bonuses like Trophies and Achievements.

There are even one or two platform specific upgrades, including motion controls on Switch, as well as NVIDIA DLSS support on PC.

Fans hoping to revisit this classic selection of games don’t have long to wait, because GTA Trilogy Definitive Edition has a November 11 release date and a 3pm GMT launch time.

To ensure you’re able to get stuck in to the action the moment it goes live, pre-order customers can pre-load the games ahead of launch.

While it’s exciting to be able to revisit these classic games, some fans are put off by the price tag.

The games cost a whopping £54.99 on PS4/PS5, if you pre-order from the PlayStation Store. It’s the same price on Xbox.

It’s slightly cheaper if you purchase the Nintendo Switch version, which costs £49.99 on the eShop.

If you want to save some money on the game, then ShopTo is your best bet.

The game is available for £46.85 on both PlayStation and Xbox consoles. The Nintendo Switch edition is only £39.85.

• She Sells Sanctuary – The Cult

• Working for the Weekend – Loverboy

• One Thing Leads to Another – The Fixx

• Pump Me Up – Trouble Funk

• I Know You Got Soul – Bobby Byrd