Google gave a download on its tools for game developers in an online event today, and it was full of news for Google Play, cloud infrastructure, and Stadia cloud gaming services for developers. Emil Protalinski and I covered the basics of the developer news and a deal with Unity, but here’s a more complete summary of what the speakers talked about.

Stadia head of product John Justice opened with a comment about supporting relief for developers because of the cancellation of the Game Developers Conference, when many of these talks where scheduled to run. He noted that Google Ads campaigns have driven 27 billion game installs to date. He said mobile gaming is on track to hit $100 billion in 2021. 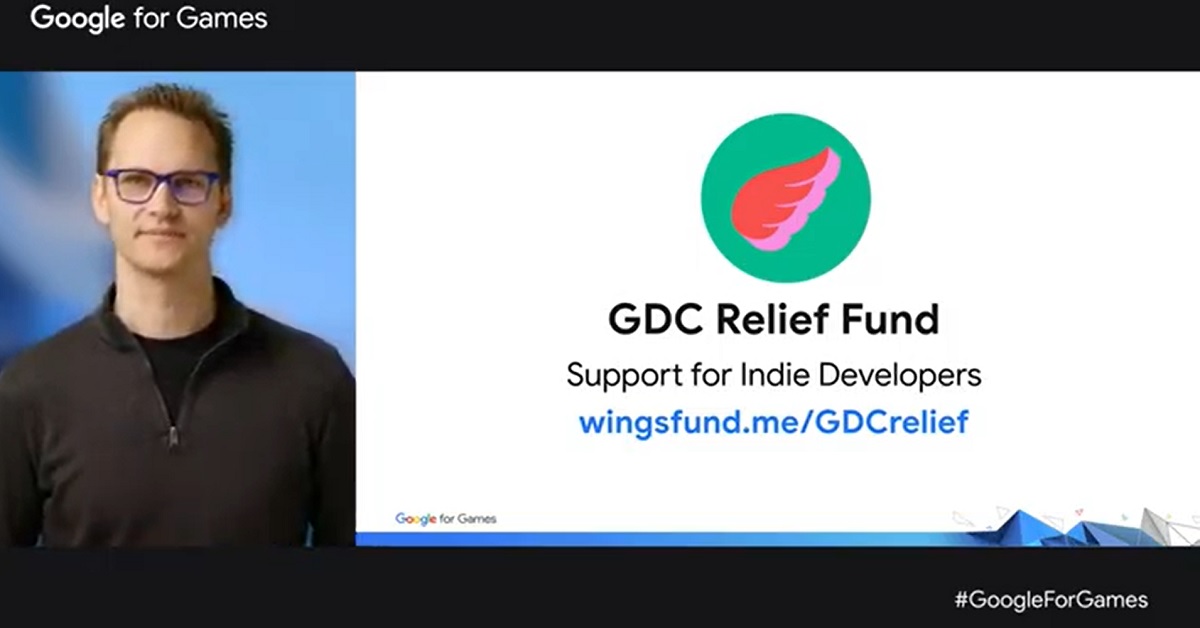 Above: John Justice of Google Stadia.

This year, Justice said Southeast Asia, India, the Middle East, and North Africa will drive the majority of growth in mobile games. Last year, Google had 116 billion downloads of apps and games.

Google’s indie game accelerator had 1,700 applications from developers in 37 countries last year. The graduating class received mentorship and boot camp resources, cloud and other credits, and a chance to be showcased on Google Play.

Above: Greg Hartrell of Google Play

Google acknowledged that it’s hard to reach all of the players on the fragmented Android ecosystem. To deal with that, the company launched a new tool in its Android Studio 4.1 Canary version, so developers can better understand how the code is being executed across the operating system versions, and it came up with its Android GPU Inspector tool so developers can optimize graphics for better frame rates and better battery life across more devices.

Google is playing nice with Microsoft as well, with Android game development extensions for Microsoft’s Visual Studio. And it is working with Microsoft’s Azure Playfab live operations as well. Google also worked with Crytek to extend the CryEngine this summer to Android’s ecosystem.

As for Google Play, the top games with the best quality have a 45% higher Day 7 retention than the industry average, said Abhita Chugh, the engineering lead for Apps Platform and Gaming at Google Admob. This stat refers to the percentage of players who are still playing the game seven days after their first play. Games retain players who are engaged, and an engaged player base produces more revenues for a game.

NetEase took advantage of testing for ads for in-app purchases in ad campaigns. In early feedback, this wasn’t working well, as the lifetime value (LTV), or amount of money generated from a game over its life, wasn’t where they wanted it to be. The team changed the game mechanics and got a two-fold increase in in-app purchases after the launch.

Above: Greg Hartrell of Google Play

For ads, Google introduced open bidding for in-app purchase ads, which contrasts with waterfall bidding. In waterfall ads, a game will query an ad network and check to see at what price it will pay at that given moment to supply an ad to a particular player. If the first ad network cannot provide an ad, then the next one comes up, with the rankings based on the historical ad rates the networks will pay. It starts with one network and then goes down the list until it finds an optimal network and price.

With open bidding, the bids happen all at once, and the highest bidder provides the ad. It’s a single, real-time auction where an advertisers says what they will pay for an ad to be shown to a user at a particular point in a game. The result is 12% better revenue than games without waterfall bidding, based on one customer’s results.

Google Play Pass, which is the company’s answer to Apple Arcade, costs $4.99 a month for a subscription. It reaches hundreds of millions of players, and hundreds of developers have joined. Developers are compensated “fairly” through a variety of methods, whether a game can be played forever or in just a few hours.

And the company said Google Play Points have been available in the U.S., Japan, and South Korea, and players have redeemed these awards for things like making donations, claiming Google Play credits, and other rewards. To date, 6.6 billion points have been redeemed. It is now expanding to Taiwan and Hong Kong.

Google is trying to make games easier to discover, through features in the Google Play Store such as Instant Play, where a playable demo is immediately available for someone browsing the store. It also gives players a chance to search for the genres they love, such as physics-based puzzle games, discoverable via the labels put on the games. Google also preannounces games and makes them available via “preregistration,” where you will get a notification when a game you want finally comes out. On top of that, Google will enable auto-download, so you can get a game installed if you have indicated that you want it via “preregistration.”