Google announced a notable expansion to the Google Maps Platform today, one that will give ride-hailing companies and on-demand delivery services access to more location and navigation smarts.

Food delivery services have seen a particularly strong surge in demand as pandemic-wary consumers avoid busy eateries and more restaurants are forced to rely on takeout services. This trend has also permeated the retail landscape, where delivery drivers are in high demand.

Google launched the first incarnation of its Maps ride-sharing product back In 2018 as part of the Google Maps Platform launch. The feature enabled developers from ride-hailing companies like MyTaxi to integrate turn-by-turn navigation, voice guidance, real-time traffic information, rerouting, and more familiar features from the consumer version of Google Maps. This saves drivers the inconvenience of switching between their main driver app and third-party navigation apps such as Waze, Here, and Google Maps. It also promises more accurate location data that helps ride-hailing platforms allocate the most readily available driver.

From today, Google is pushing a handful of new features into limited availability.

“On-demand rides & deliveries,” as the new offering is called, ships with a feature called “routes preferred.” This builds on Google’s existing Routes APIs and shows the rider key information, such as the driver’s ETA and anticipated route and a price estimation displayed on a Google Map. It also provides optimized routing for two-wheeled vehicles, which is particularly useful for food delivery drivers who might ride bikes and motorcycles. Drivers can also customize their routes to take the shortest or fastest option or bypass toll roads.

The new Google Maps Platform also provides “trip & order progress,” which conveys drivers’ real-time status as they continue along their route. This gives the customer a direct view of their driver’s current location, planned route, and ETA, while also displaying live traffic conditions that might affect trip times.

Google said it has been testing these new features with customers for more than a year already, including with Indian on-demand delivery company Dunzo, which happens to count Google as an investor. 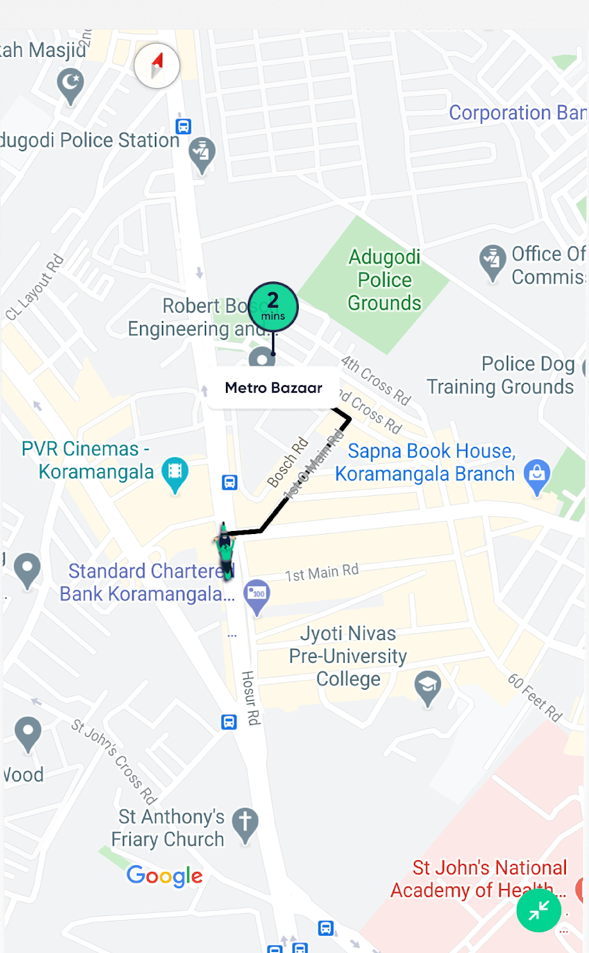 On-demand transport companies can now access a feature called “nearby drivers” that enables them to more easily find and deploy the closest driver or courier. This is powered by what Google senior product manager Eli Danziger calls “enhanced in-app navigation,” which speedily (and automatically) updates driver locations.

While on-demand transport companies can develop all of these features and functionalities themselves using maps provided by third parties, tapping Google’s 15-plus years of experience in map and location technology saves them the hassle and expense of doing so.

In addition to Dunzo, Google has been working with China’s Didi Chuxing, which has been slowly expanding its ride-hailing service into global markets, as well as Indonesia’s Gojek and Europe’s Free Now, which is a joint venture between BMW and Daimler.

Uber is also a long-time Google Maps customer, but Google couldn’t confirm whether the ride-hailing giant is using any aspect of this on-demand rides & deliveries product.

Related posts:
Hot News
FIFA 21: Top 4 best formations so far this year – Daily Esports
Yoruichi From Bleach Is Coming To Jump Force In Early 2021
Zain wins Super Smash Bros. Melee Singles at Smash Summit 10 Online – Daily Esports
The Witcher: 10 Things About The Signs That Make No Sense
Best Weapon For Every Character In Hyrule Warriors: Age Of Calamity
Recent Posts
This website uses cookies to improve your user experience and to provide you with advertisements that are relevant to your interests. By continuing to browse the site you are agreeing to our use of cookies.Ok