It’s official – Ghost of Tsushima was the most-downloaded PlayStation exclusive of 2020. The results come directly from PlayStation, which posted details about the digital store’s performance throughout the tumultuous year.

The PlayStation Blog’s announcement takes a look at the most downloaded PS5, PS4, and PS VR titles of 2020. Call of Duty: Black Ops Cold War claimed most of the top spots, but PlayStation exclusives are still heavily represented on the list. However, of the three exclusives to chart on PS4, Ghost of Tsushima came away on top. Sucker Punch’s latest title was the fifth most downloaded PS4 game of 2020, followed by The Last of Us Part 2 in sixth and Final Fantasy VII Remake in ninth. It’s a bit shocking to see Ghost of Tsushima beating out the long-awaited sequel to The Last of Us, but no doubt it’s deserving of the title. 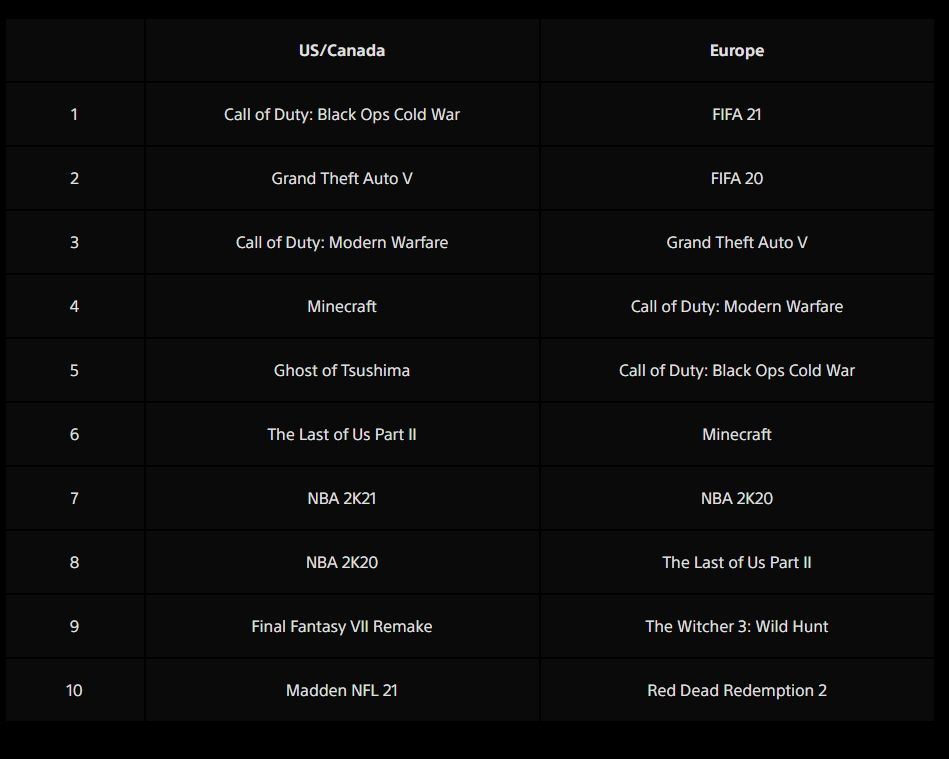 What’s even more shocking, however, is that The Last of Us Part 2 was the only PlayStation exclusive to land on the PS4 charts in Europe – falling into eighth place.

The PS5 charts look much different than those for PS4. Three exclusives found their way into the top ten for both US/Canada and Europe – Miles Morales, Demon’s Souls, and Sackboy: A Big Adventure.

No matter how you cut it, 2020 was an impressive year for PlayStation exclusives. 2021 is shaping up to be much the same, with Horizon Forbidden West, Gran Turismo 7, and Ratchet and Clank: A Rift Apart planned to launch by the end of the year.