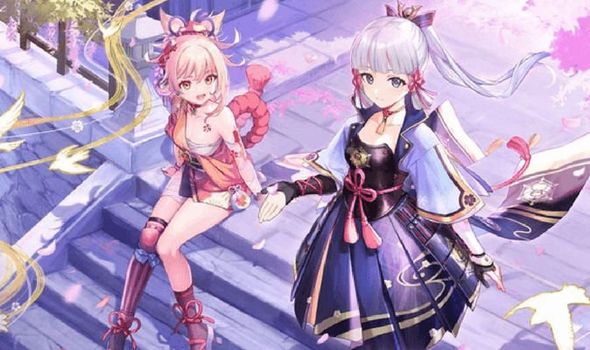 Genshin Impact is approaching its first anniversary, with the anime-esque JRPG launching last September. In that short amount of time Genshin Impact has surged in popularity, and is one of the biggest free-to-play games around. If you’ve already sunk plenty of hours into exploring the gorgeous world of Teyvat then the good news is miHoYo is planning on supporting the game for many more years to come.

As reported by Famitsu (via Siliconera), at GDC 2021 miHoYo spoke more about the development of Genshin Impact.

And the Genshin Impact and Honkai Impact 3rd makers revealed that Genshin will be getting some major new updates over the next four years.

So far Genshin Impact players have seen three out of the game’s seven continents added to the map.

And the remaining regions for Genshin Impact will be included over the next four years.

The regions that have been added to Genshin Impact so far are Mondstadt, Liyue and Inazuma.

While the remaining areas are Sumeru, Fontaine, Natlan and Snezhnaya.

At GDC 2021 miHoYo said that concepts for the continents are in early development.

The lengthy amount of support that Genshin Impact will be getting will be music to fans ears.

And it’s no wonder, given how much of a success the game has been.

Earlier this year it was reported that within its first six months Genshin Impact had raked in over $1billion in revenue.

In other Genshin Impact news, this week miHoYo announced that PlayStation icon Aloy is heading to the game.

Aloy is an inbound five star character that will be free to players when they log in.

The Horizon Zero Dawn and Horizon Forbidden West heroine will be available to PS4 and PS5 players first in October.

While Aloy will be available to Genshin players on all other formats the following month.