Home » Genshin Impact: How To Defeat The Anemo Hypostasis

Genshin Impact: How To Defeat The Anemo Hypostasis

Let’s take a look at where to find the Anemo Hypostasis, which characters to use, and how to defeat it. 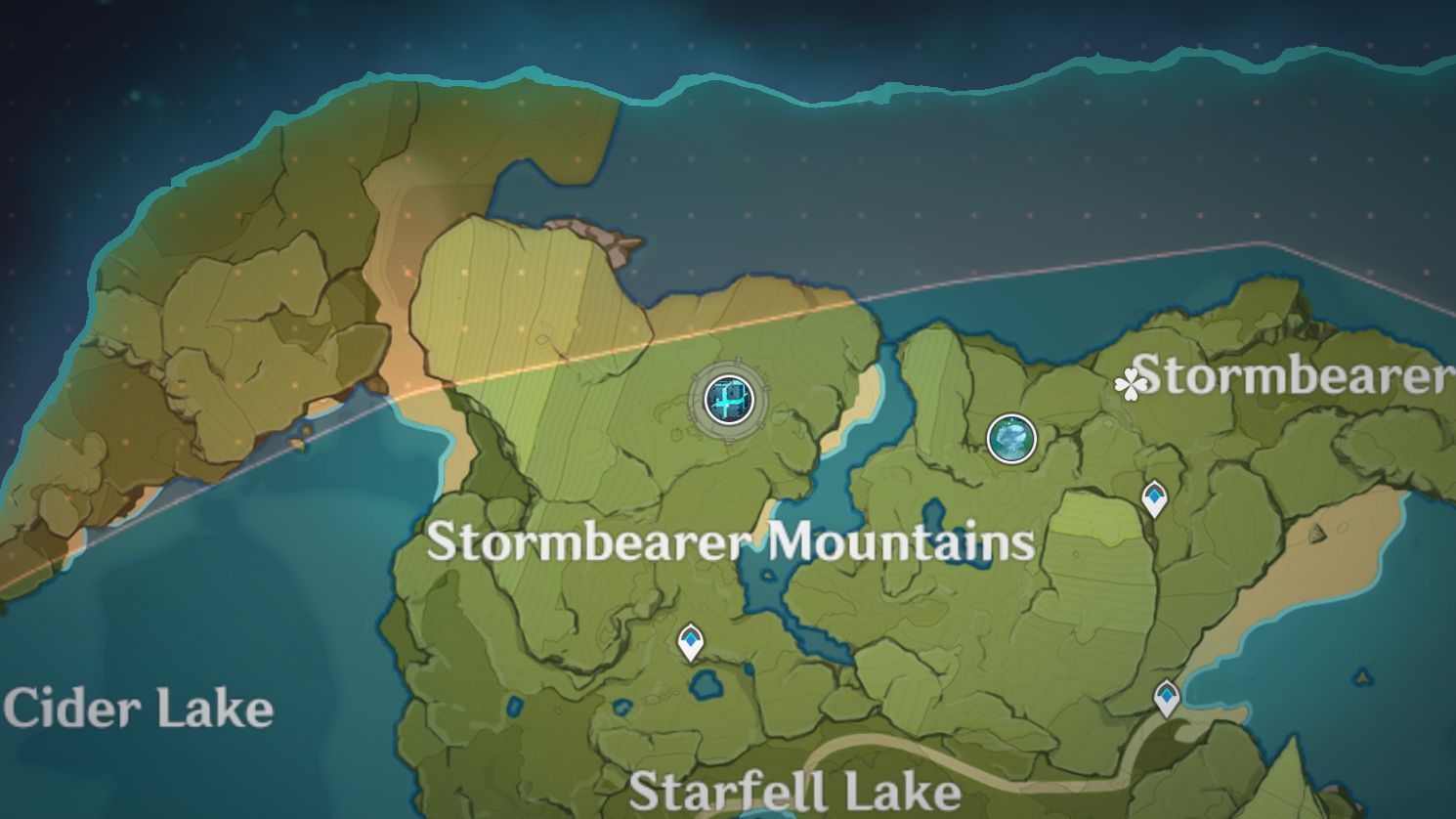 The Anemo Hypostasis is located at the north end of Stormbearer Mountains. You can see its exact location in the Traveler Guide book, as well as directly on the map after you have discovered it.

4 Best Characters To Use

The Anemo Hypostasis is the elemental embodiment of Anemo, meaning all attacks against it will inflict the Anemo-based reaction Swirl. Avoid using Anemo characters like Sucrose or Jean, as their attacks will have little effect on this boss. Instead, bring high damage characters like Diluc, Ganyu, or Keqing.

Any character that isn’t Anemo is a good option for this fight, but be sure to have a DPS, support, and healer. Characters who can grant your party shields like Noelle or Zhongli are also good for mitigating this boss’s unavoidable damage. 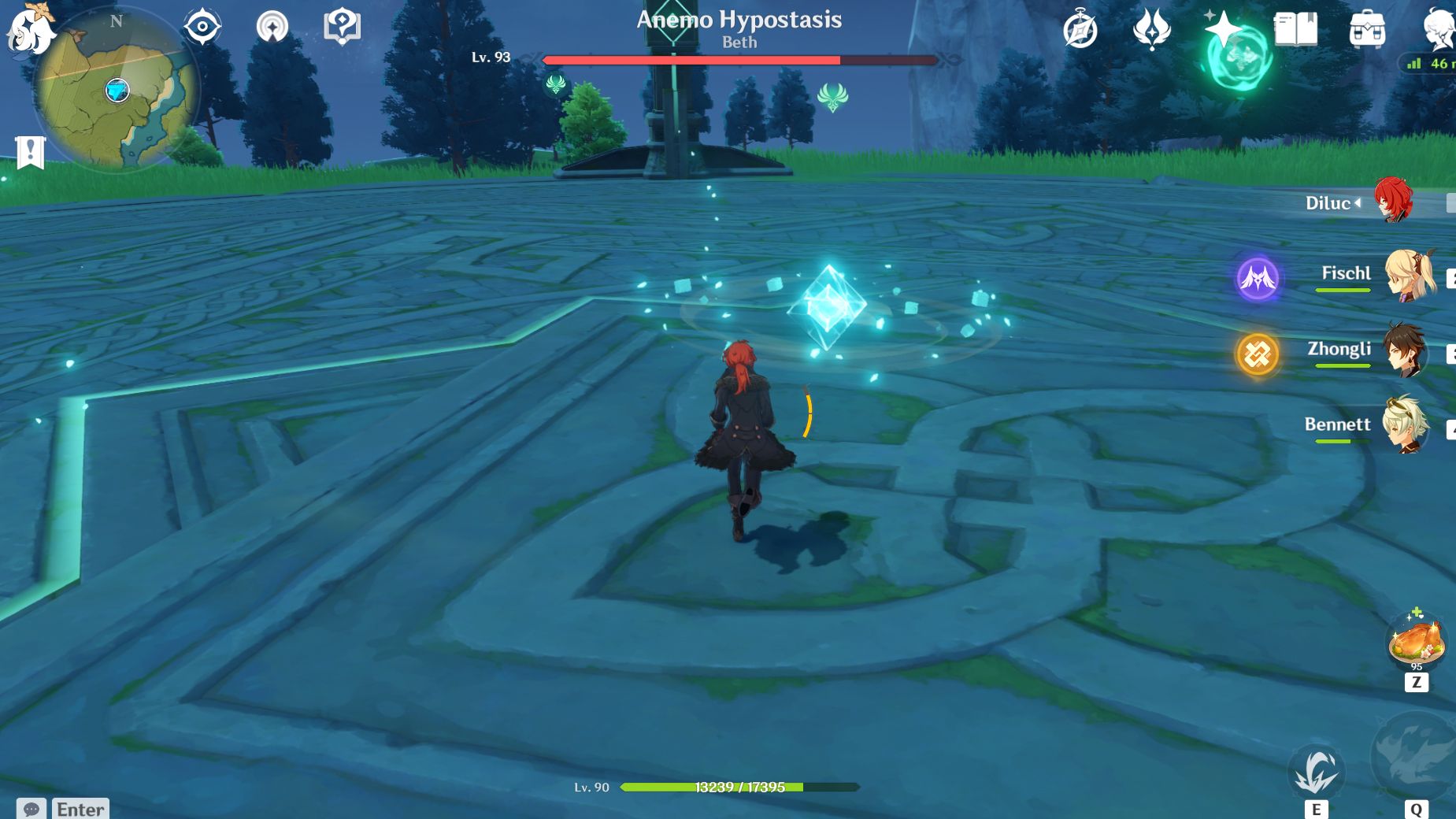 The Anemo Hypostasis will only take damage when its core is exposed. Before exposing its core, the boss will use various Anemo attacks. The general strategy for this boss is to stay close and avoid its attacks, then strike the core once it’s exposed. Repeat this process a few times and the boss will go down.

Next, let’s take a look at each of the Anemo Hypostasis’ attacks and what they do. 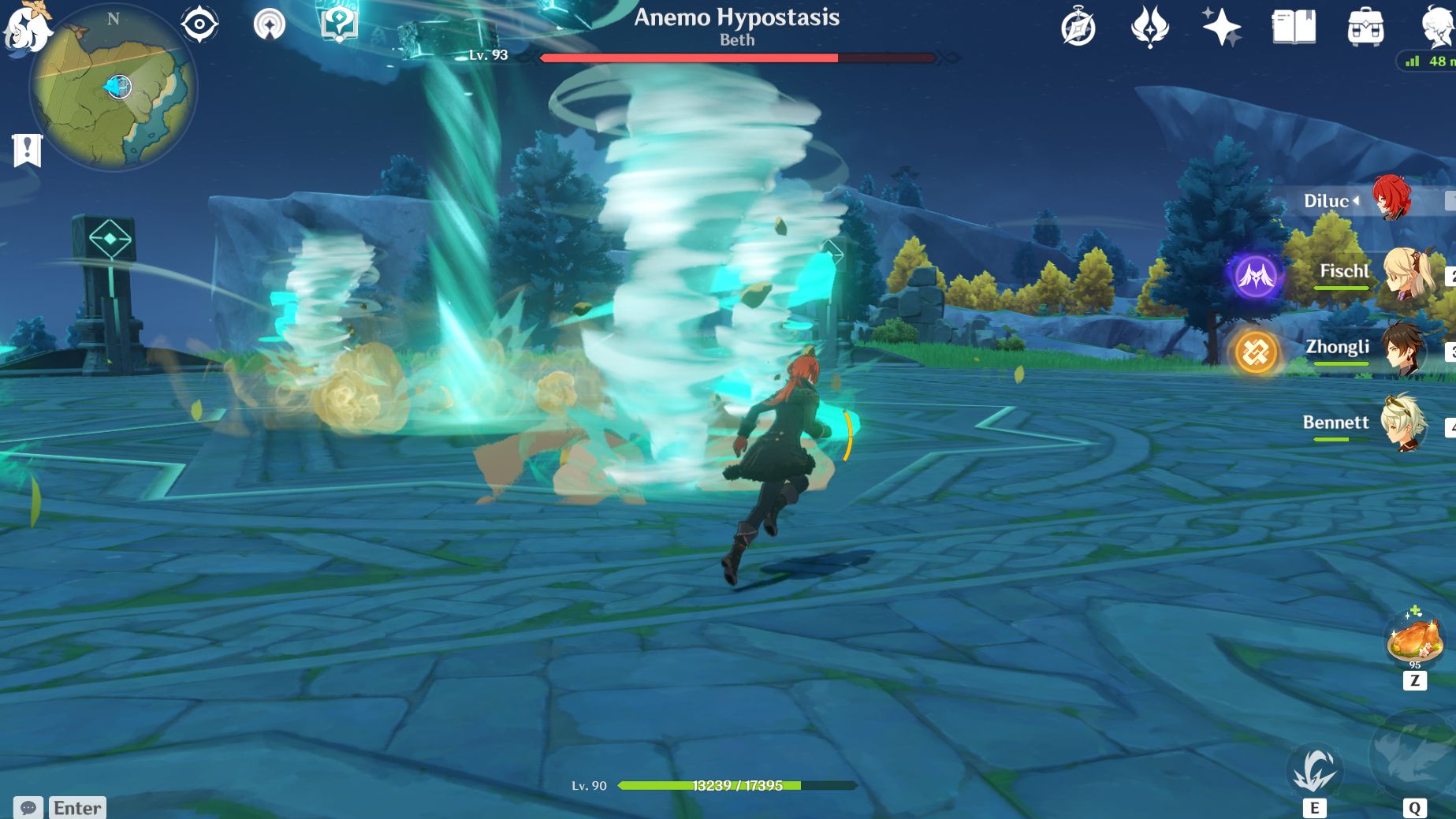 Crystalfly: The boss will turn into a giant crystalfly, fly into the air, then shoot two blasts of wind. The first blast will knock you into the air, where the boss will aim the second blast. Simply avoid the first wave to dodge this attack.

Tornadoes: The boss will summon eight tornadoes around the arena that will deal Anemo damage if you come into contact with them. The tornadoes do not target your character, so remain on the outside edge of the arena to avoid most of them. Additionally, these tornadoes will leave behind Anemo Orbs that the boss will use later, but you can absorb them to gain three Energy Particles.

Vacuum: The boss will fly next to you and form a ring around itself with its shell, forming a vacuum that will pull you toward it. A few seconds later the boss will cause an explosion, dealing a large amount of damage if you are close to it. This attack can be avoided by quickly running outside the ring, but note that the boss’ core will be exposed for the duration of this attack, making it a good time to get in some extra damage.

Clap: The boss will form a wall with its shell before clapping the two halves together, dealing damage in the center. Dodge to either side to avoid this attack.

Vacuum Burst: The boss will teleport next to you and start to absorb Anemo Orbs. For each orb it consumes, it will release a shockwave around the arena and recover 5% of its health. This is where having a shield will come in handy, as these shockwaves can not be dodged.

Meteors: The boss will launch pieces of its shell into the sky that will target you, dealing damage and creating updrafts where they land. The boss’ core will be exposed during this attack, but not after. These can be dodged by running towards the boss, or by using the updrafts created by the attack.

Missiles: The boss will form a diamond shape with its shell before launching pieces of it at you. These can be easily dodged by moving away. 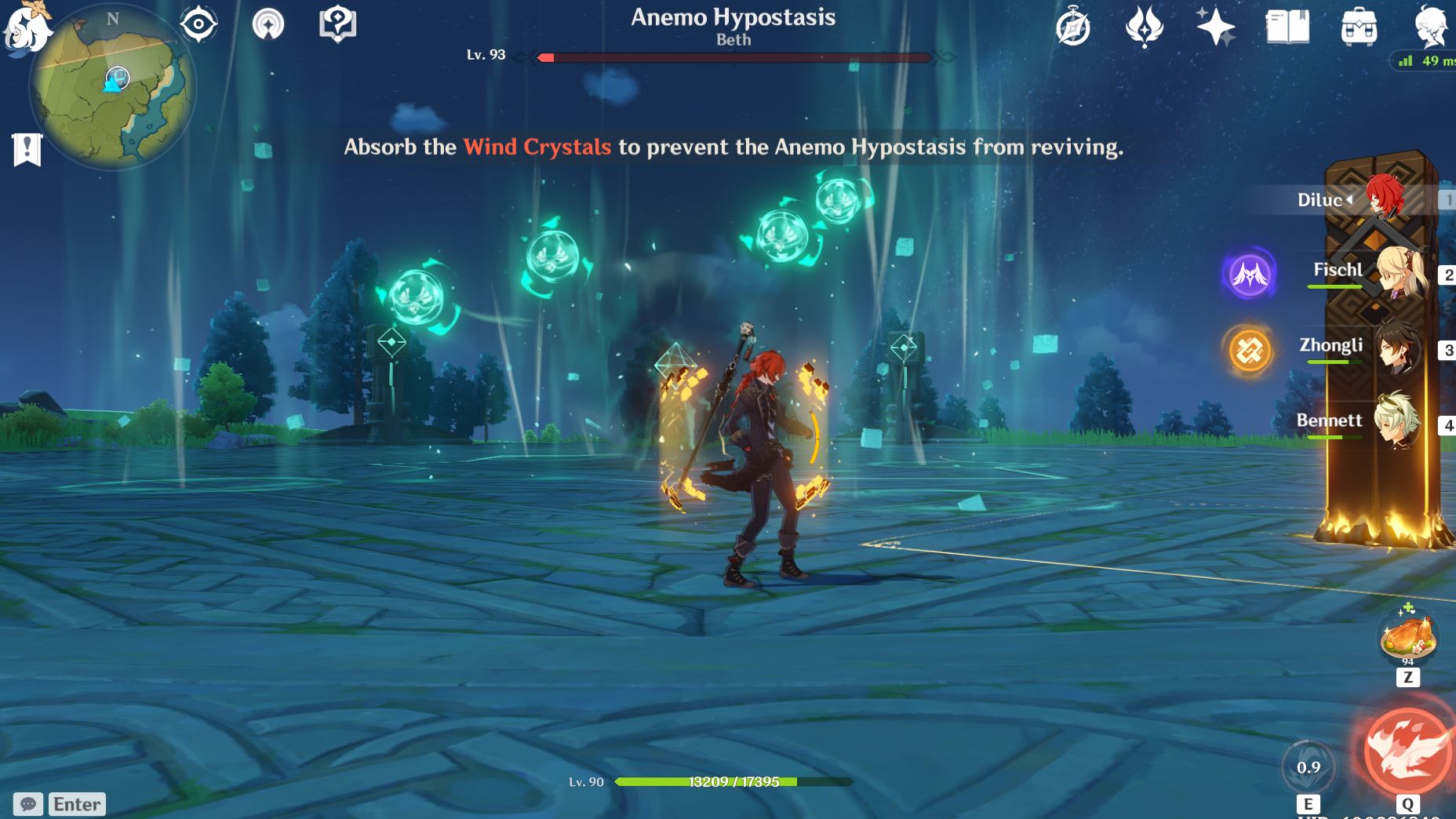 Second Wind: When the boss has roughly 5-10% HP remaining, it will move to the center of the arena and create four floating Wind Crystals, as well as a few updrafts. If nothing is done, after a few seconds the boss will consume the Wind Crystals and recover HP equal to the number of Crystals consumed. To avoid this, use the updrafts to glide up and gather the Crystals before the boss does. 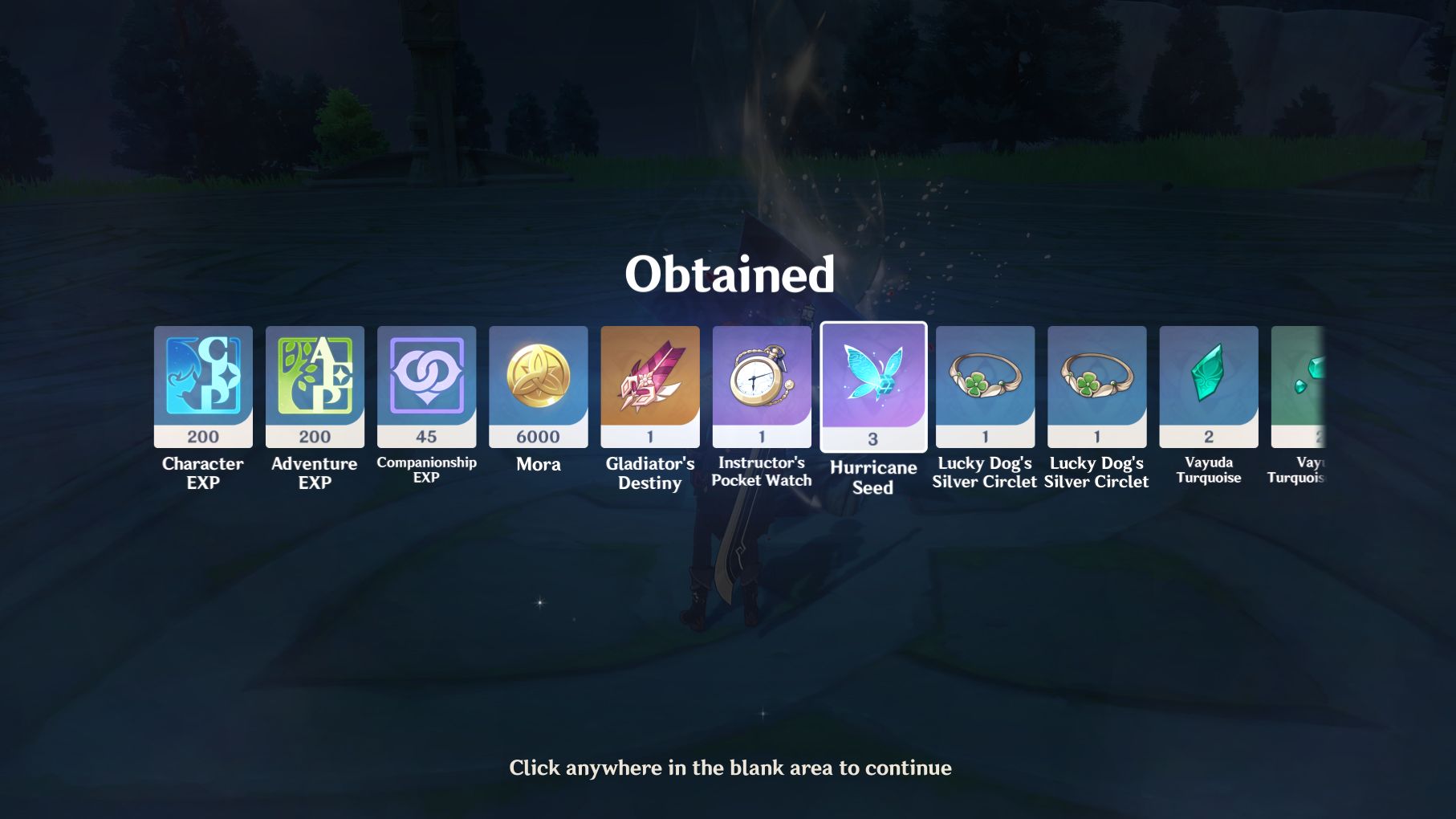 Like other bosses in Genshin Impact, the Anemo Hypostasis costs 40 Original Resin to open its rewards. Upon doing so, you’ll receive the following: