Kujou Sara is a playable four-star character in Genshin Impact. She is a strong Electro character who can provide high burst damage and her primary weapon of choice is a bow. She is affiliated with the Tenryou Commission Tengu and is considered to be Raisden Shogun's right-hand woman.

Kujou Sara was a featured character in the Reign of Serenity banner. Her primary build is that of a Burst Support. Her kit allows her to deal AoE Electro damage to all enemies within the area and also increases the damage to active party members. If you want to play her as a Burst Support, you will need to use the best artifacts and weapons to maximize the burst output. 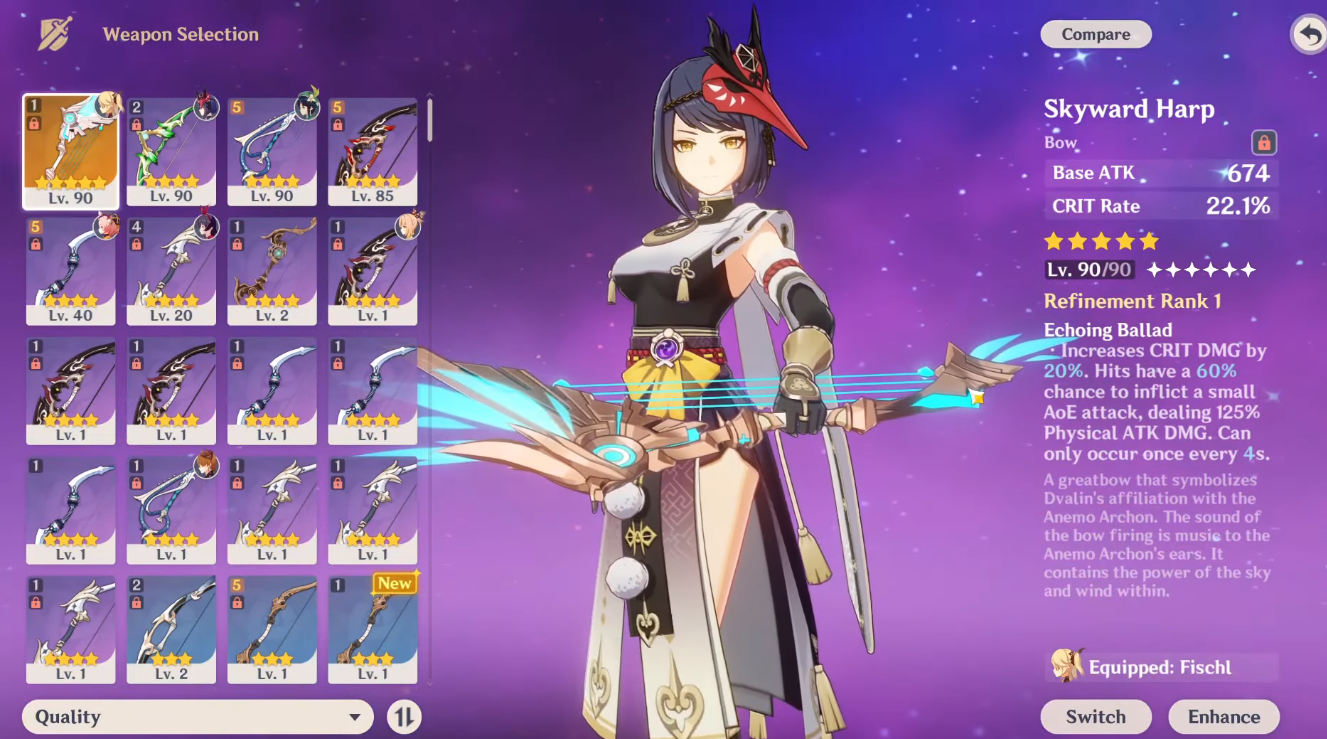 Kujou Sara was a rate-up character in Raiden Shogun's Banner. As the banner has ended, the only way to acquire her is through any standard or event banners at a normal rate.

Below are three weapons that will work perfectly with Kujou Sara:

Skyward Harp is the best weapon choice for Kujou Sara. You can acquire the five-star bow in the Epitome Invocation banner, which will run until early January 2022. You can obtain it from the Wanderlust Invocation Standard Wish Banner at a normal rate as well. Elegy for the End, the five-star bow, and Alley Hunter, the four-star bow, are currently unavailable. You could only pull them from Epitome Invocation Wish Weapon Banner till version 2.3. 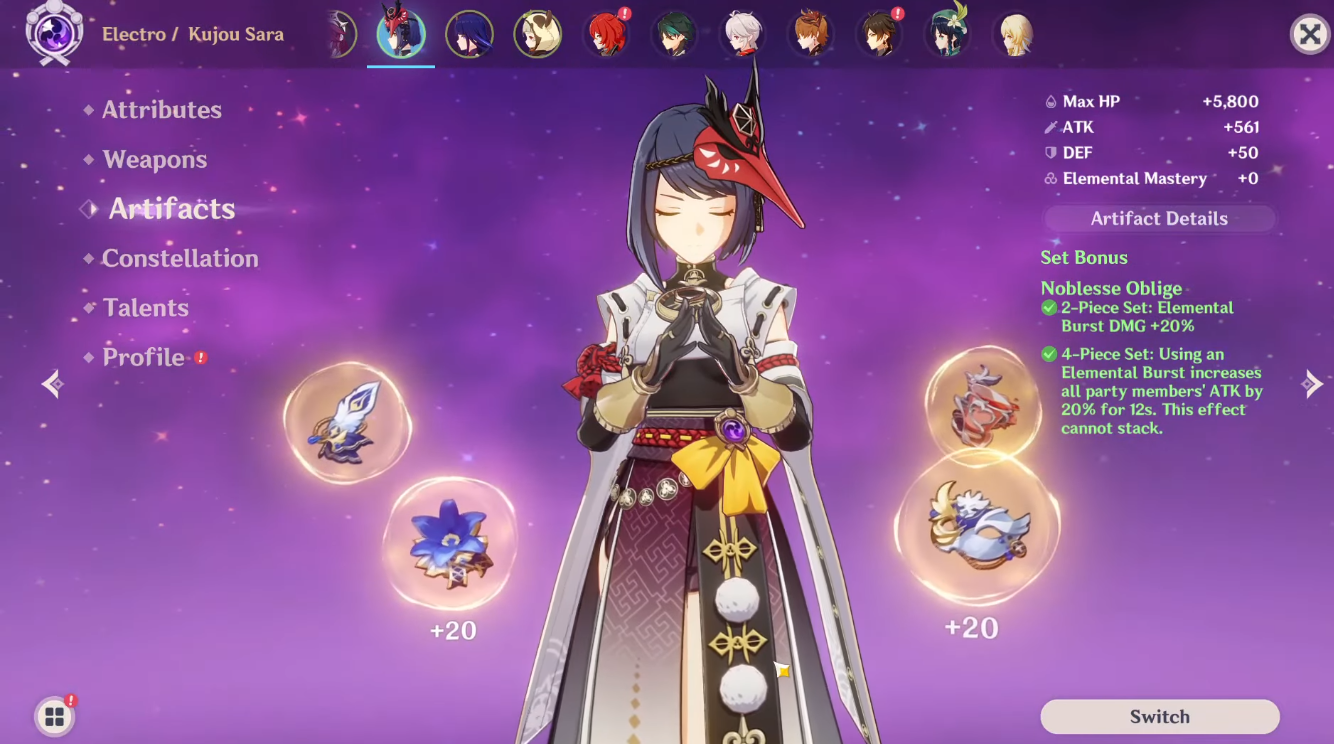 The following sets are best for Kujou Sara:

Noblesse Oblige is the preferable option for Kujou Sara because of the massive increase in Elemental Burst damage. You can obtain the artifact set from Clear Pool and Mountain Cavern domain and the Artifact Strongbox: Noblesse Oblige at the crafting table. Thundering Fury is the second option you can obtain from the Midsummer Courtyard domain.