Home » News » Games Inbox: Will NFTs change gaming as we know it?

Games Inbox: Will NFTs change gaming as we know it? 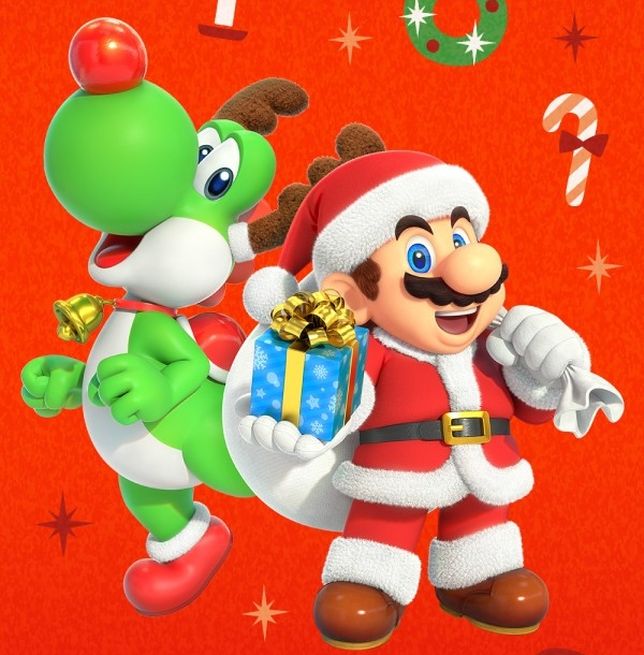 The Christmas Eve Inbox tries to get its head round the madness of NFTs, as a reader has a hot tip on Bayonetta amiibos.

PLEASE NOTE: Apart from the Hot Topic tomorrow this will be the last Inbox of 2021, with normal services resuming on Wednesday, January 5. Please keep the emails coming in until then though, and we’ll use them next year. Also, keep an eye out for new content every day during the Christmas and New Year period, starting with today’s Top 20 of 2021. Merry Christmas everyone and have a very happy New Year!

Merry Christmas one and all
Just want to take this opportunity to say thanks for everything you’ve done this year, it’s been another tough year for us all, so thanks. Also, I hope you have a lovely Xmas and new year, and same to the readers too. I took your Returnal advice from a few weeks back, as I love Metroid and Metroidvania style games, plus I really enjoy Housemarque’s stuff. Not had a chance to play yet but I’m looking forward to it.

My question I’d like to ask is a few weeks ago you mentioned on the Inbox that you intended to readdress the N64 situation on the Switch Online in terms of performance, etc. I know you’ve been busy recently, but I was wondering if you’ve got round to it yet? I haven’t yet taken the plunge to upgrade yet, I definitely intend to but not before it’s stable and problem free. Thanks again and all the best for 2022.
Bertie1 (PSN ID)

GC: Thanks. Due to the number of games we didn’t have time to look at the Expansion Pack again, but we’ll try and do so early next month.

All-in-one
In regards to the reader who has purchased all current gen consoles and said they would much prefer streaming subscriptions; well that’s already here for the Xbox. If you have good internet it’s totally a viable option right now. If you’ve already got a Switch and PlayStation 5, why buy an Xbox Series X when you can play Xbox exclusives games on the cloud on an Xbox one, phone, tablet or laptop? I mean, I’d rather have the console, but what the reader wants is available and I know people that only stream.

Also Sony have their own service which works well, but lacks most of the day one exclusives.

I’m stuck using 4G as I live in the countryside and the ADSL was too slow. But when the planets align correctly, and the router connects to the ‘good’ cell tower, I can stream games perfectly fine. This is great for games with stupidly large installs.
EvilMoomin

Christmas bargain
Just a quick update for Switch owners: Saints Row 4: Re-Elected is on sale for £2.44 (down from £35) until 30th December. This is a discount of more than 90%!

If, like me, you’ve never played a Saints Row game before, then at this price it’s an absolute steal. I’ve only played a couple of hours thus far but I’m absolutely loving this bonkers, over the top mad action adventure!

Also, Time Magazine announced that Metroid Dread is their game of the year. I had no idea they did this, but nevertheless it’s nice to see this superb game getting more plaudits.

Finally, Merry Christmas to you all at GC, and the contributors to these pages.
anthony B

Beyond explanation
I am out of loop with NFT; can you give me a brief explanation of it, as it keeps popping up in letters. I have googled it but it comes up with more than one explanation.

Thanks for everything not just this year but for many years. I am from the Teletext age, where it all started. Have a great Xmas and hope everyone has a safe 2022. All the best.
TWO MACKS

GC: This is still the best explanation we’ve seen:

I received my Year in Review from Nintendo the other day, and was shocked to see it say I’d only played two new Switch games in 2021. One was Civilization 6, which I’d owned for at least a year prior, and the other was Metroid Dread. I had planned to get Mario Golf but was put off by the lacklustre reviews, though I may pick up Mario Party Superstars at some point in 2022.

Nintendo has clearly struggled this year, with a lack of games and their disappointing decision to go with an Expansion Pass for N64 games rather than the Virtual Console, but Metroid Dread was such a pleasant surprise I’m eagerly anticipating what reveals occur in 2022.

I also have Game Pass on PC, and have probably made enough use of that to justify the monthly subscription. I’m not much into first person shooters or racing games, so Halo Infinite and Forza Horizon 5 don’t appeal, but I have Psychonauts 2 on my list to play and have enjoyed access to EA Play in addition.

I’ve not felt the urge at all to (attempt to) purchase a PlayStation 5 or Xbox Series X and wonder when/if that may change. The main games I’m looking forward to in 2022 are Elden Ring and Zelda: Breath Of The Wild 2, so I doubt I’ll be swayed in 2022.

Anyway, just wanted to say thanks to GC for their work during another tough year. Your content is always a pleasure to read. I hope you enjoy a well-deserved break over Christmas and New Year.
Matt

One day to go
Merry Christmas, GC and all readers! Just wanted to try and get myself into the last Inbox of the year, so I haven’t got a lot to say other than thanks and I’m really looking forward to playing Returnal and Ratchet & Clank: Rift Apart on my brand new PlayStation 5 on Saturday.

I think you can guess which I’ll be sharing with the family more at first but really looking forward to Returnal too. And Astro’s Playroom, I keep forgetting that’s pre-installed. Christmas, ho!
Benjy Dog

Chance of change
A couple of things, assuming there’s a Christmas Eve Inbox… I hope so as it’ll be my last chance to say anything on here before the holidays. I have noticed that if I’m using a mobile device to read GameCentral, (phone or tablet) the screen has a bad habit of, and excuse the expression, suddenly jerking up or down a few paragraphs from where I was. It’s sort of like the Grand Old Duke of York – and when he was up, he was up and when he was down, he was, well, down. Anybody else noticed that?

It saddens me that Sir Peter Molyneux (he’s a knight of the realm, remember that?) has gone down such a grotty path. The NFT goldrush has all the markings of a bubble about to burst spectacularly. But in the meantime, Molyneux is finding success with it, which can only encourage more bad behaviour. Speaking of grotty, Ubisoft are desperately trying to keep their heads down, aren’t they? Hoping it will all blow over in a few months, as usually happens for them.

Genuinely, GC, do you think they’re going to get away with it? Do you know of any legal or industrial actions being taken against them and those accused? Ideally, Yves Guillemot and his whole family would step back from their managerial roles and be only silent partners. I do know that the Guillemot family are the owners, so them going entirely is out of the question – but what chance do Ubisoft employees have of pressuring Yves out?

Not to end on such a sour note, besides obvious choices like Cool, Cool Mountain from Super Mario 64 and Diamond Dust from the Mega Drive version of Sonic 3D Blast – what other great festive tunes could I investigate over the holiday?

Merry Christmas everybody and stay safe and marinated!
DMR

GC: Molyneux wasn’t knighted, he just has an OBE. Although he was made a Chevalier de l’Ordre des Arts et des Lettres by the French. Speaking of which, there haven’t been many complaints against Guillemot personally, within the company – as far as anyone knows. However, if Activision Blizzard is forced to enact major change, which has a reasonable chance of happening, then that will have a knock-on effect. In particular, if unionisation catches on then developers everywhere will begin to demand it. Err… Merry Christmas!

Inbox also-rans
Just a quick message to say one of the Bayonetta amiibos is in stock now on Nintendo Store.
Andrew J.

GC: Thank you very much. If you ever see the other one on there do please let us know.

Merry Christmas GC and all your readers! Another bad year for the world and another great one for GC, keeping our minds of the constant stream of terrible news.
Franky

GC: Merry Christmas one and all!