Games Inbox: Which is the best Mass Effect game? 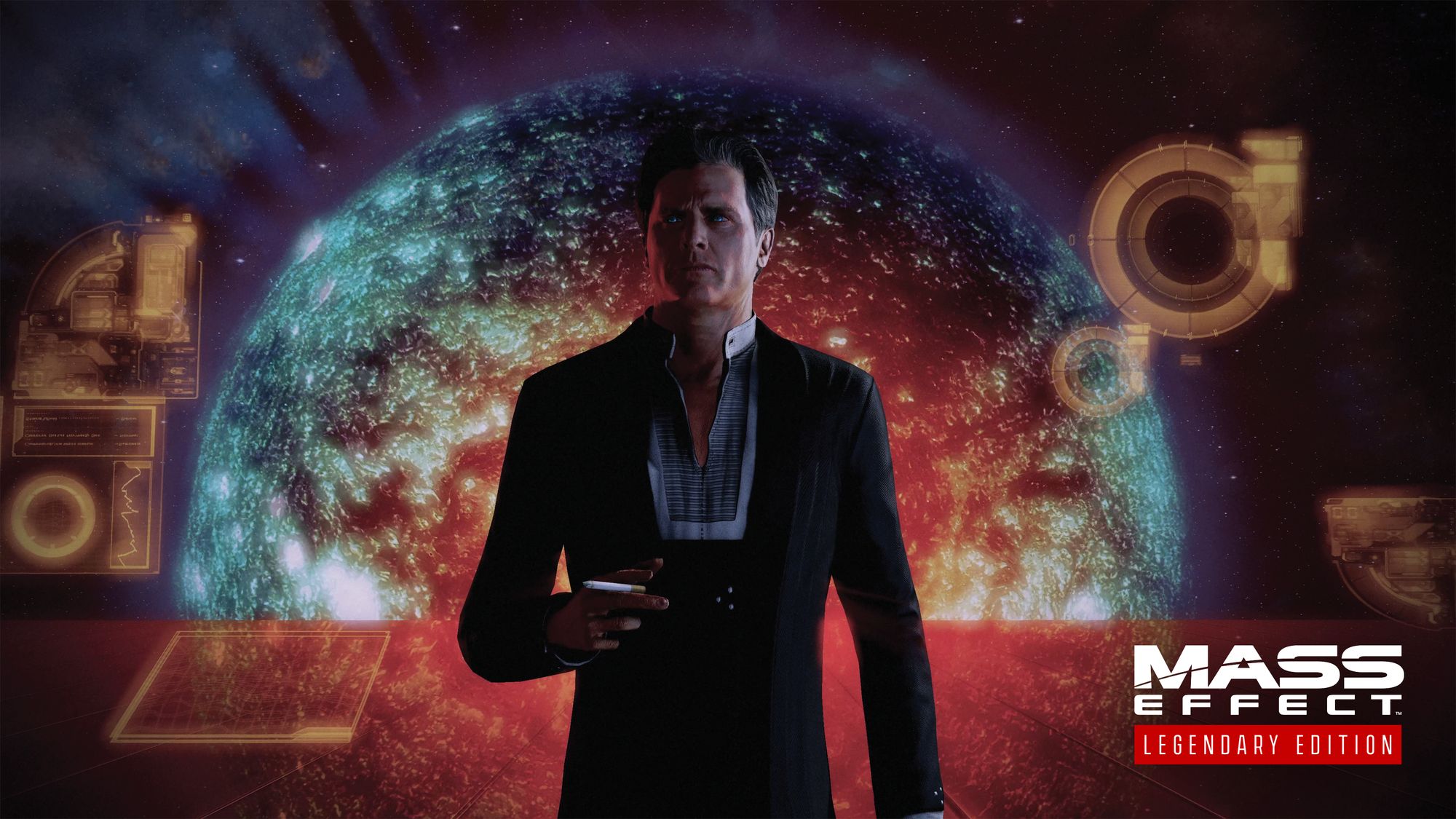 The Wednesday Inbox is not exactly upset to see Google Stadia suffer a setback, as one reader recommends Forgotton Anne for cheap.

Best case scenario
Great to see that the Mass Effect Legendary Edition involves some real effort on the part of BioWare. I really hope this is their way back in and they can put the failures of the recent past behind them. I loved the original three games and am very much looking forward to playing them again, having not done so since the Xbox 360 era.

I realise a full remake would be virtually impossible given the amount of work necessary, but this to me looks like a best case scenario in terms of upgrading the game and not just the visuals. It is a bit weird to have a remaster just months into a new generation, but I doubt the power of the new machines will make much difference beyond loading times (can’t wait for the agony of lifts to be over).

I can understand most of the work being done to the original game but I’m always surprised when some people claim it’s the best of the series. For me that is easily Mass Effect 2, the only fault of which I’ve ever heard is that the plot doesn’t really have much to do with the overarching story. That’s true but it hardly seems to matter when the story you do get is so well told, with such great characters.
Johnson

Swift end
So the witch is dead already, eh? Or at least very ill. All those jokes about Google giving up on Stadia quickly, adding it to their graveyard of abandoned ideas, turned out to be completely accurate, even if it’s technically still going. I don’t imagine that will last though and clearly just selling the tech to EA and Activision is going to be their main business in the future.

I’m very interested to now find out how this will affect Amazon’s plans as they’ve got their own equivalent Luna which sounds like it would be just as dead in the water as Stadia if they go ahead for it. Plus, they’ve already abandoned making their own games, so in that sense they’re ahead of the curve!

If I sound happy about the end of Stadia then it’s true, but I should say I’m not against streaming I’m against giant companies that don’t care anything about gaming coming in, buying everyone up, and then disappearing a couple of years later when it doesn’t work out, having ruined several major developers along the way – which is the future we were looking at before this week.

I’m not usually too enamoured with Microsoft but at least they’ve proved they’re in it for the long haul. I wish they’d just make their own studios though, instead of buying up everyone else.
Jonesy

Easy to predict
I’m confused. How long did Google think it was going to take to make a AAA video game if they’d gone to all the trouble to set up their own studios? It’s basically impossible for any of that to be a surprise, especially if they’re hiring experience industry people like Phil Harrison and Jade Raymond (boy, that pair sure now how to pick a role lately).

It seems to me that Google just looked at how few customers they were getting and couldn’t be bother to put in the legwork – something they are notorious for – and so just decided to sell the tech to other people instead.

There’s probably going to be to the benefit of gamers overall but it does make you wonder how Google have got this far if this whole thing played out exactly the way ordinary gamers though, but apparently was beyond all these highly paid execs to predict.
Naltar

So Nintendo
Well, that story about the Netflix Zelda show getting cancelled because of leaks is just about the most Nintendo thing I’ve ever heard. I mean, it’s an extreme reaction but you’ve got to laugh about how badly Netflix handled the situation. If Nintendo were worried that they didn’t ‘get them’ then they couldn’t have asked for any better proof than that.

I could see a Zelda show or movie working but it’s a stretch, given how little story the games have and how cliché what we do get is. It’s probably the most cinematic franchise Nintendo has though. Metroid could look cool but it’s only got one character and she never talks. I think Other M proves just how bad things can get when you start throwing in random new characters.

A claymation Star Fox though? I would’ve been all about that.
Ventrum

Secret generation
I’m going to predict it now: next gen consoles are going to be rare even by the time of Christmas. Even with improvements for the pandemic there’ll be no time for that to have a major influence. Not to mention I’ve not even heard any of the companies say the coronavirus is the reason for the shortages. I think they’re just kind of hoping everyone assumes that.

I don’t even know what to think about it now. It’s like the secret generation, that only a few get to experience. It makes me wonder if they’re going to start delaying games now, publicly or otherwise, just because they know there’s not enough people out there to buy them. At the very least we’re going to see a lot more cross-gen games for a long time yet.
Cole Slaw

Unnecessarily confusing
I can see this whole PlayStation 4/5 version thing getting confusing. What version you own and what one you’re playing.

I’m probably overcomplicating it but I’m not sure if I hadn’t of done this I would of missed out on the PlayStation 5 upgrade again. Probably not and by getting the PS4 version of Ultimate on PS Plus it would be when I go to the store on PlayStation 5 Control: Ultimate Edition PS5 version would be available to me. Still didn’t want to risk it.
Simundo

GC: It is confusing. We keep having to remind ourselves to check which version we’re playing, because it’s not always obvious.

Don’t forget
Just a heads up to all you lovely people: Forgotton Anne is down to £6-ish on both PSN and Switch at the moment. Here’s GC’s review.

Having played it for only a couple of hours so far I’m hardly an authority on the game’s merits, but so far I’m really enjoying it (and wouldn’t have heard about it if it hadn’t been for GC).
Andrew Wright

GC: Good tip, that was a surprisingly good game. If there was an explanation for the weird misspelling in the name though, we’ve long since forgotton it.

Too much choice
I don’t think I’ll ever stop being disappointed that the next gen consoles have graphics options you have to choose between, usually either resolution or frame rate. Although I note from your Control: Ultimate Edition review it’s either frame rate or ray-tracing.

To me that is the biggest reason not to get a new console as it’s just advertising the fact that they’re not really that powerful and that your experience is going to be a compromise before you even start.

I know this has been a thing since forever with PCs, but that’s the reason why I prefer consoles. I want the game to run as optimally a possible for the hardware and to ensure I can guarantee I’m getting the same experience as anyone else playing the game. Now I find myself constantly wondering whether I should have picked the other option and what I’m missing out on, especially if it’s graphical effects like ray-tracing.

Maybe it will become less common as the generation goes on and developers get more used to using the console but I suspect not. Why optimise your game when you can just pretend it running well or looking good is an intentional option?
Gisham

Inbox also-rans
The God Of War PS5 patch (4K and 60fps) is amazing for anyone that hasn’t tried it yet. It’s a transformative experience. An already gorgeous game just got better.
Mud

It doesn’t get talked about here much but can I just say what a great game Hunt: Showdown is? I’m not one for multiplayer games generally but I love this one. Definitely worth trying if people are running short of new games to try.
Prefix

This week’s Hot Topic
The subject for this weekend’s Inbox was suggested by reader Gannet, who asks what is your favourite video game genre and how do you hope it will evolve in the new generation?

What do you traditionally consider to be your favourite genre and why? Which games do you think are the best examples and how do they compare to other famous entries in the genre?

How did your favourite genre fare in the previous generation and does it seem to be getting more or less popular at the moment? What do you hope for in the new generation and have any games in the genre been announced or released yet?

The small print
New Inbox updates appear every weekday morning, with special Hot Topic Inboxes at the weekend. Readers’ letters are used on merit and may be edited for length.