Home » News » Game & Watch: The Legend of Zelda is a cozy piece of nostalgia

Game & Watch: The Legend of Zelda is a cozy piece of nostalgia

Join gaming leaders, alongside GamesBeat and Facebook Gaming, for their 2nd Annual GamesBeat & Facebook Gaming Summit | GamesBeat: Into the Metaverse 2 this upcoming January 25-27, 2022. Learn more about the event.

Nintendo has another new microconsole for the holidays. The company launched the $50 Game & Watch: The Legend of Zelda device earlier this month as part of its run up to the gift-giving season. Like last year’s Game & Watch: Super Mario Bros., this is a throwback handheld that focuses on a single game series with The Legend of Zelda, Zelda II: The Adventures of Link, and The Legend of Zelda: Link’s Awakening. And it’s exactly the kind of thing that I would love to spend Christmas day tinkering with.

This is Nintendo’s latest effort to offer up a smaller hardware option for fans. While this initiative started with the Nintendo Classic and Super Nintendo Classic, the company has shifted to these handhelds instead. And you can see why — the publisher doesn’t need to go out and license other games. While many of the titles on the NES Classic were from other companies, Nintendo can get away with shipping these portable devices with only a handful of its own ROMs.

I’m not complaining. While I would love a full Game Boy classic, these Game & Watch devices are cute and serve their purpose of feeling like a collectible. You’re supposed to get nearly as much joy from looking at the Zelda Game & Watch as you do from using it. From the packaging to the look and feel of the hardware, Nintendo delivers on that commitment to nostalgia. 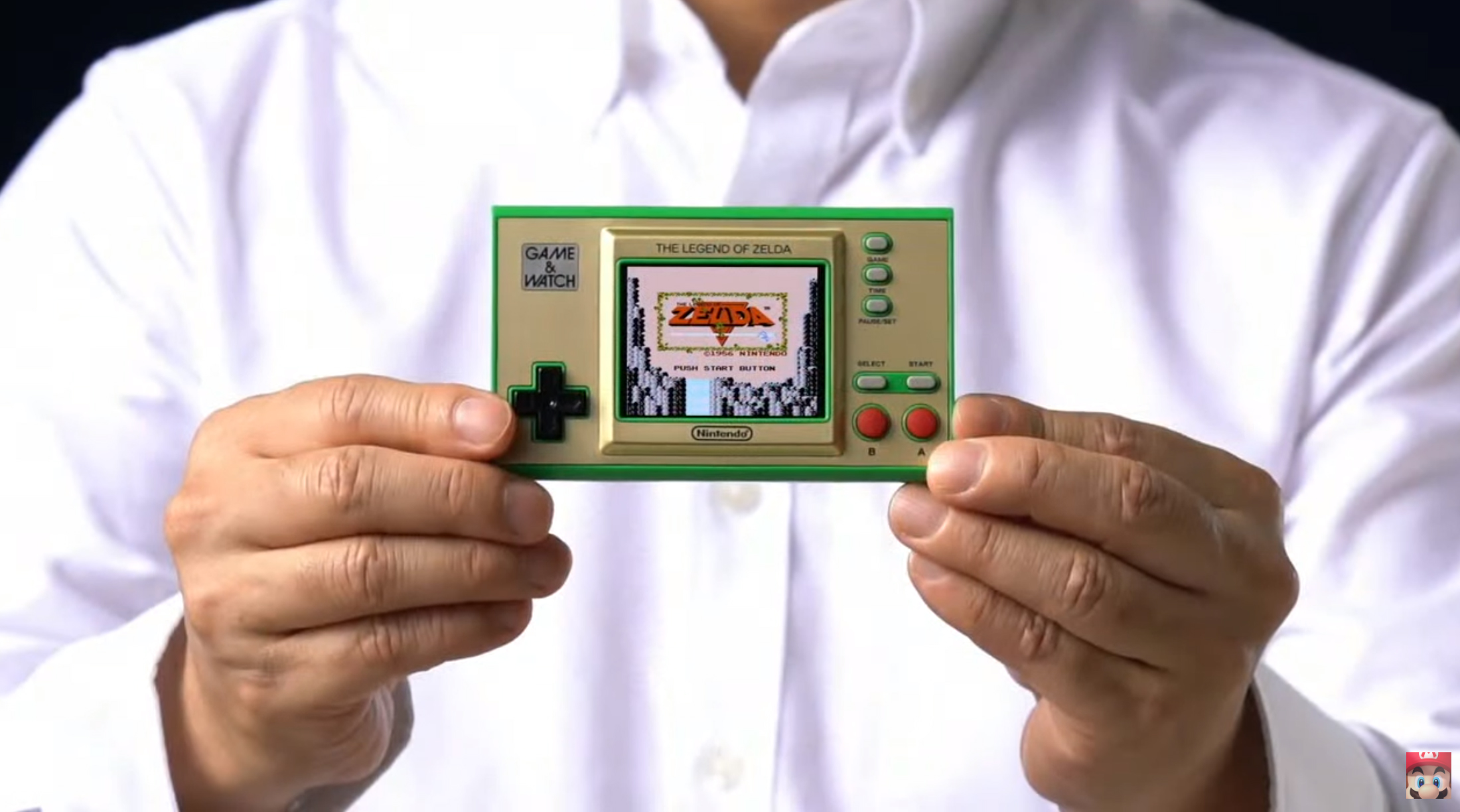 Above: The Legend of Zelda Game & Watch

Game & Watch: The Legend of Zelda even plays games

When you boot up the Game & Watch, it does a fine job of running the games. If you jump from Zelda 1 to Link’s Awakening, the device will save your state for you. That makes it easy to dabble in each game.

I will note that the resolution and aspect ratio isn’t perfect for the Game Boy version of Link’s Awakening. If you play in the original screen size, which is an option, parts of the display looks slightly blurry. But I think it’s fine if you play the game slightly stretched out to fill the screen.

In addition to the early Zelda games, you also get a Zelda-themed version of the Game & Watch’s Vermin. This has you bonking burrowing enemies on the head with a hammer. Only your character has Link’s head while doing it.

Again, this is good for a distraction. And while that might sound dismissive, I don’t think it is. You will, eventually, put the Game & Watch: The Legend of Zelda edition down. What is so nice here is that Nintendo includes a decent cardboard display stand and USB cable. This enables you to put the Game & Watch on a shelf and let it run constantly as a clock. 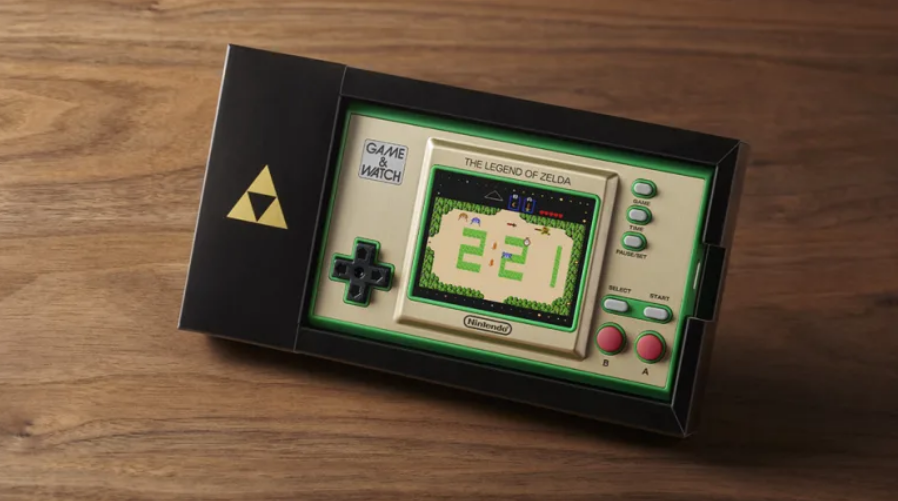 Above: The Zelda Game & Watch with its included cardboard display stand.

The watch face shows the time on a Zelda background while Link runs around fighting enemies. This is even interactive so you can control Link at any time. If you stop, Link will begin running around by himself again.

To me, this feels like the ideal trinket to get for Zelda fan that buys themselves all the games that they want. They might not get something like this for themselves, but it’s something they will still likely appreciate getting to spend time with while everyone else plays with their new holiday gifts.