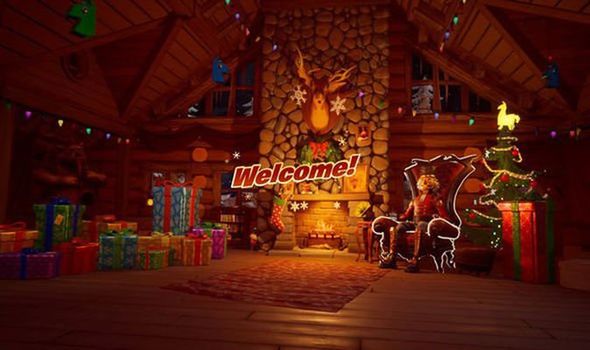 Having updated the game today, Epic Games has confirmed that the Fortnite Winterfest will be kicking off later this week.

Details have been shared online and reveal that the Christmas themed event will include special challenges and 14 days of in-game gifts.

Past holiday events have included unlockable cosmetics dropping each day, meaning we could be looking at something similar for this year’s Winterfest.

Epic Games only shared a brief hint at what is coming next as part of today patch notes, posting online:

“What’s new in Fortnite Battle Royale v19.01? In only a matter of days, this year’s Winterfest event will begin!

“Stay tuned for more details when the event begins, but in the meantime, start unlocking this Season’s Super Level Styles if you’ve already levelled up high enough. Also, read up on v19.01’s balance changes and bug fixes.”

WHEN DOES THE FORTNITE WINTERFEST START?

Further news has been shared and it has been confirmed that the Fortnite Winterfest 2021 release date has been scheduled for Thursday, December 16.

No set time has been announced for when the Festivities will start but there is a good chance that the new event will be live by 1pm GMT.

As we have already received the update with all the stuff needed to start Winterfest, it’s unlikely that fans will need to sit through more downtime this week.

The event is expected to start on December 16 and run for several weeks, ending on January 6.

Epic Games have not shared was rewards will be included in this year’s Holiday extravaganza but a few leaks have occurred.

According to unconfirmed reports, there will be a new Winterfest Banner to unlock, alongside a Foundation Contrail, Holiday Sweat Wrap, a new loading screen and a special Music Pack.

More items will be included but have yet to be shared by Epic Games, who will be gearing up for a big reveal over the coming days.

While we wait for more information to be shared, the Fortnite team has confirmed a list of changes that will be in place during Winterfest.

In the Bonus Rewards section of the Battle Pass tab, bonus Styles for Chapter 3 Season 1 Outfits have been available for players who progress past Level 100.

And today, Epic Games has confirmed that more bonus Styles have been added with v19.01, including this Season’s Super Level Styles.

Those who Progress past Level 140 this Season will start unlocking the Photo Negative, Scarlet Blackout, and Gilded Reality Super Level Styles for Shanta, Ronin, Lt. John Llama, Harlowe, and Spider-Man.