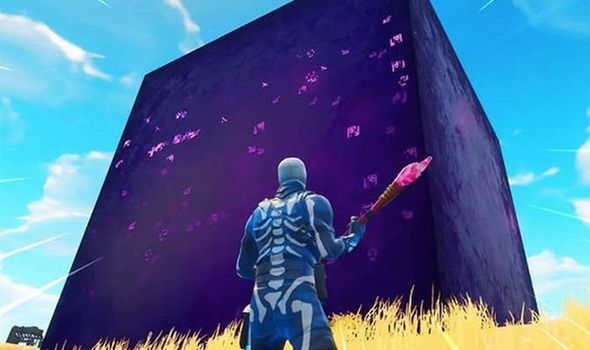 Fortnite fans have found out what Epic Games could be planning for season 8 and the end of season 7. As highlighted in a post by Fortnite leaker ShiinaBR, a post on the FortniteLeaks Reddit page could have revealed a truckload of information for what’s next in Fortnite. And Epic Games are rumoured to have some eye-catching plans for the end of Fortnite season 7 and beyond.

It’s been claimed Kevin the Cube could be making a triumphant return towards the end of Fortnite season 7.

The Cube, who was a big part of Fortnite season 5 of chapter 1, will allegedly be linked to the storyline of chapter 3.

That’s because Kevin’s return will be masterminded by a new unknown Queen character who is controlling the Cube.

Speaking of chapter 3, the leak claims Epic Games are planning a huge map redesign for that launch. While it’s also been claimed the location of The Seven will also be revealed in chapter 3.

Elsewhere, the alleged Fortnite leak claims live events will be returning to season 6 – and in some style.

Epic Games are allegedly getting ready for another live concert, and they’ve drafted in none other than pop superstar Ariana Grande.

The Thank U, Next and One Last Time singer will allegedly be headlining a Fortnite concert soon and looks to be getting her own skin.

Epic Games has reportedly already conducted an in-house test for the concert ahead of its release.

The leak also claims Justice League and Suicide Squad content is heading to Fortnite soon, but it’s unclear exactly which characters will be getting new skins.

While in a surprise update the leak also said Fortnite season 8 will have a skin based on hit anime series Naruto.

Speaking about the leak, Shiina said: “RUMOR: 15 hours ago, a post was published by a moderator on the subreddit r/FortniteLeaks claiming to have insider information about upcoming things in Fortnite.

“The source who provided the insider information apparently leaked a LOT of information about Season 6 correctly.”

The Fortnite leaker later went on to add: “UPDATE: I have received video evidence from one of the r/FortniteLeaks moderators of the private conversation with said insider.

“The video evidence was recorded on mobile (iOS) and appears to be genuine. If(!!) it’s real, the insider has leaked MUCH correctly in the (near) past.”

The Fortnite leak also claimed that ridable monsters and mechs will be heading to Fortnite at some point in the future.

While the leak also added that Fortnite season 8 will bring with it something called The Sideways.

This will be a way for monsters to be added into the game, and sounds similar to Stranger Things’ The Upside Down.

As always with rumours it’s best to take things with a pinch of salt until official confirmation.

But we should find out within the next few weeks if there’s something to this leak if the Ariana Grande concert ends up taking place.