Home » News » Fortnite Season 3 end date: When does Season 4 begin? When is the end of season event?

Fortnite Season 3 end date: When does Season 4 begin? When is the end of season event? 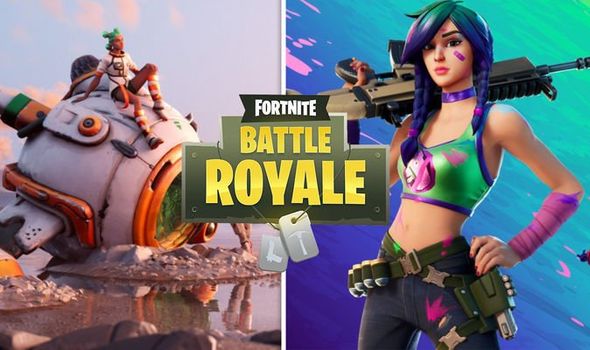 If you’re a Fortnite fan wondering when Season 3 ends and Season 4 begins, then you’re in luck.

Due to all of the issues surrounding the COVID-19 pandemic, the seemingly never-ending Fortnite Season 2 was extended countless times.

Fortunately, this isn’t likely to be the case with Season 3, which is coming to an end very soon.

According to papers filed in the Apple vs Epic Games lawsuit, Fortnite Season 4 has an August 27 release date.

Unless the new season experiences a last-minute delay, or if there’s another Blackout-style event that takes the game offline, Fortnite Season 3 will also end on the morning of August 27.

“Battle Royale storylines and gameplay evolve over time, as new chapters and seasons are released periodically. A season typically lasts around ten weeks and is a subset of a larger chapter.

“The current Fortnite iteration is Chapter 2, Season 3. The next season is scheduled to be released on August 27, 2020.”

The start of a new season is typically preceded by a big end of season event on the weekend before launch.

If the trend continues, then fans can expect the season-ending event to take place on August 22.

The prompt Season 4 release date is a little odd, because Epic usually extends the season by a couple of weeks in order to give fans extra time to complete challenges and level up the Battle Pass.

It’s likely the company wants to launch the season as soon as possible, perhaps in order to give Apple and Google a taste of what they’re missing financially.

In case you missed the news, Fortnite has been removed from the Google Play Store and the iOS App Store.

The game was removed from the app stores following the launch of Fortnite’s new Mega Drop discount scheme.

It was Epic’s attempts to bypass Apple and Google’s 30% sales tax from everything purchased through the respective app stores.

Apple and Google have since removed Fortnite from the app stores, citing a violation of its terms and conditions.