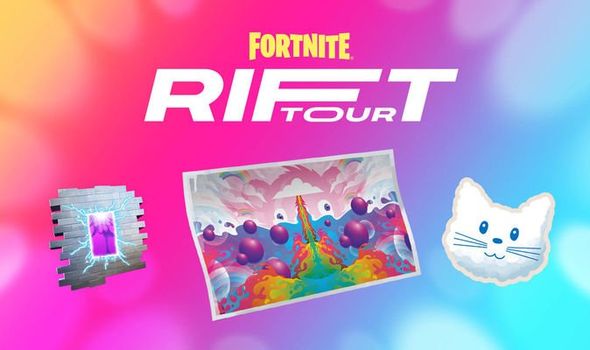 The Fortnite Rift Tour event launches on Friday August 6 and will run through to Sunday August 8.

While Epic Games hasn’t announced exactly who this superstar is, that description does seem to fit Ariana Grande – the pop icon who is heavily rumoured to be headlining the next Fortnite event.

Speaking about the Fortnite Rift Tour, the @FortniteGame Twitter posted: “Escape into the Rift.

“Take a musical journey to magical new realities and drop into the Rift Tour August 6-8”.

While in a blog post Epic Games said: “From August 6-8, take a musical journey into magical new realities where Fortnite and a record-breaking superstar collide. Dive into the Rift Tour.”

Epic Games said there will be five showtimes for the Rift Tour across three days.

Here are the times and dates the Fortnite makers gave…

But you don’t have to wait till next Friday to enjoy all that the Rift Tour has to offer.

Right now rewards can be unlocked for the first wave of Rift Tour quests.

The Fortnite makers added that on Monday August 2 they’ll be sharing more “big news” about the Fortnite season 7 live event.

Could we find out then if Ariana Grande will be coming to Fortnite? We’ll find out soon enough.