Although it hasn't started too long ago, Fortnite Chapter Three Season One has already proven that it has a lot to give. It got a fresh start and it's been great so far with fun content to entertain new fans and tons of new content to keep veterans of the game hooked.

Season One's Battle Pass certainly doesn't disappoint, the latest cosmetic items are awesome, especially the new skins. There are two familiar faces on it that will make some people jump out of their seats with excitement. But the crossover outfits don't overshadow the other new skins, they look just as good.

Shanta is the first skin you'll receive because you get it as soon as you purchase the Battle Pass. You can unlock her Ancestral Armor by completing Shanta Quests, which were made available on the first day of the season and will remain this way until it ends. Every time you complete two quests you'll receive a new piece of armor and fully completing a quest will also grant you 20,000 XP.

These quests will have you visit nearly every location available in the game. To start off you'll have to visit all ten named locations to collect gem fragments.

If you're attacked while visiting some more popular locations don't forget to use the new sliding mechanic to avoid an opponent's bullets.

There are six Seven Outposts on the Battle Royale island, each outpost has a vault that you can only open with another player present. You will have to visit each outpost and then collect the gem fragment outside the vault door – there's no need to open so don't worry about having to find another player to help out. Here are all Seven Outpost locations: 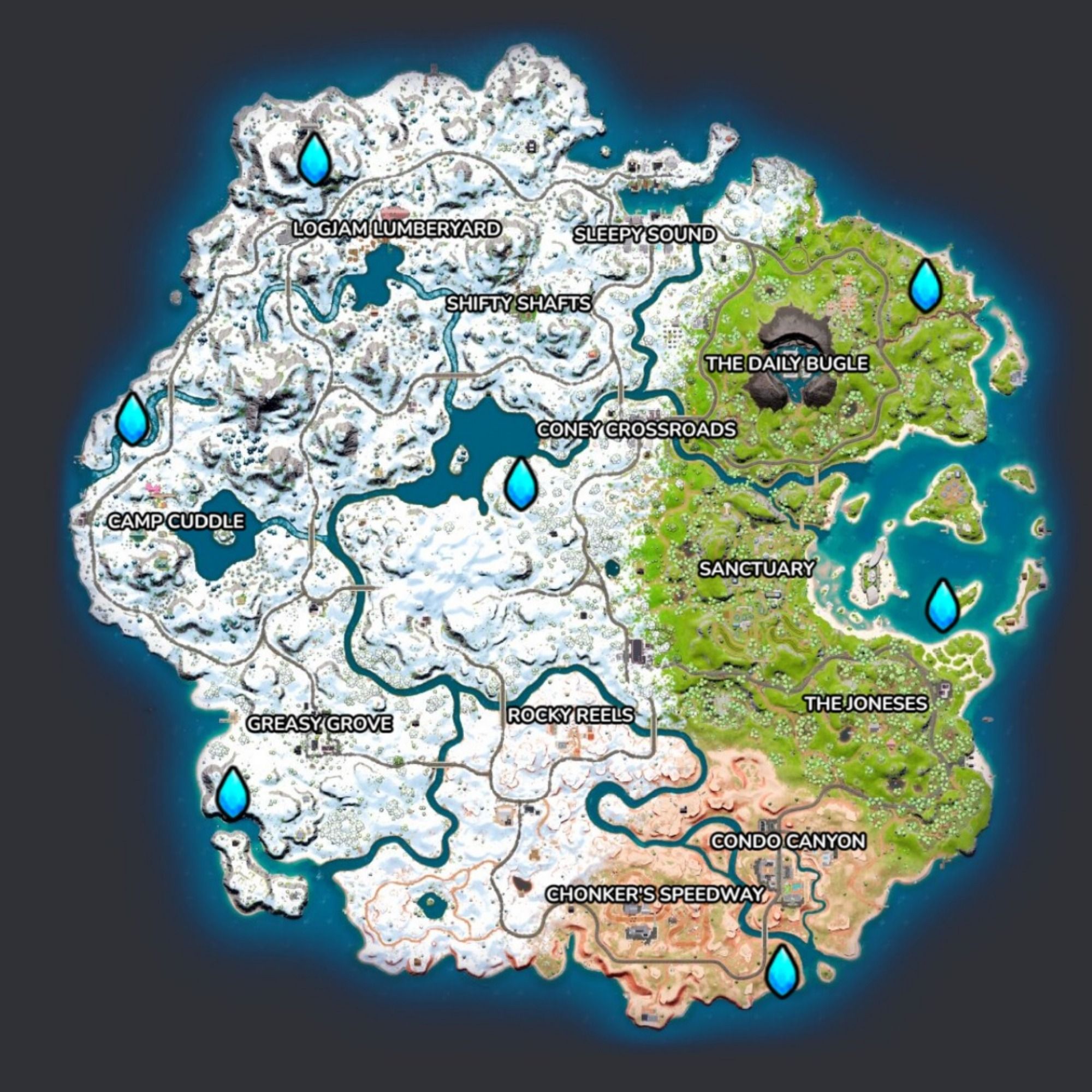 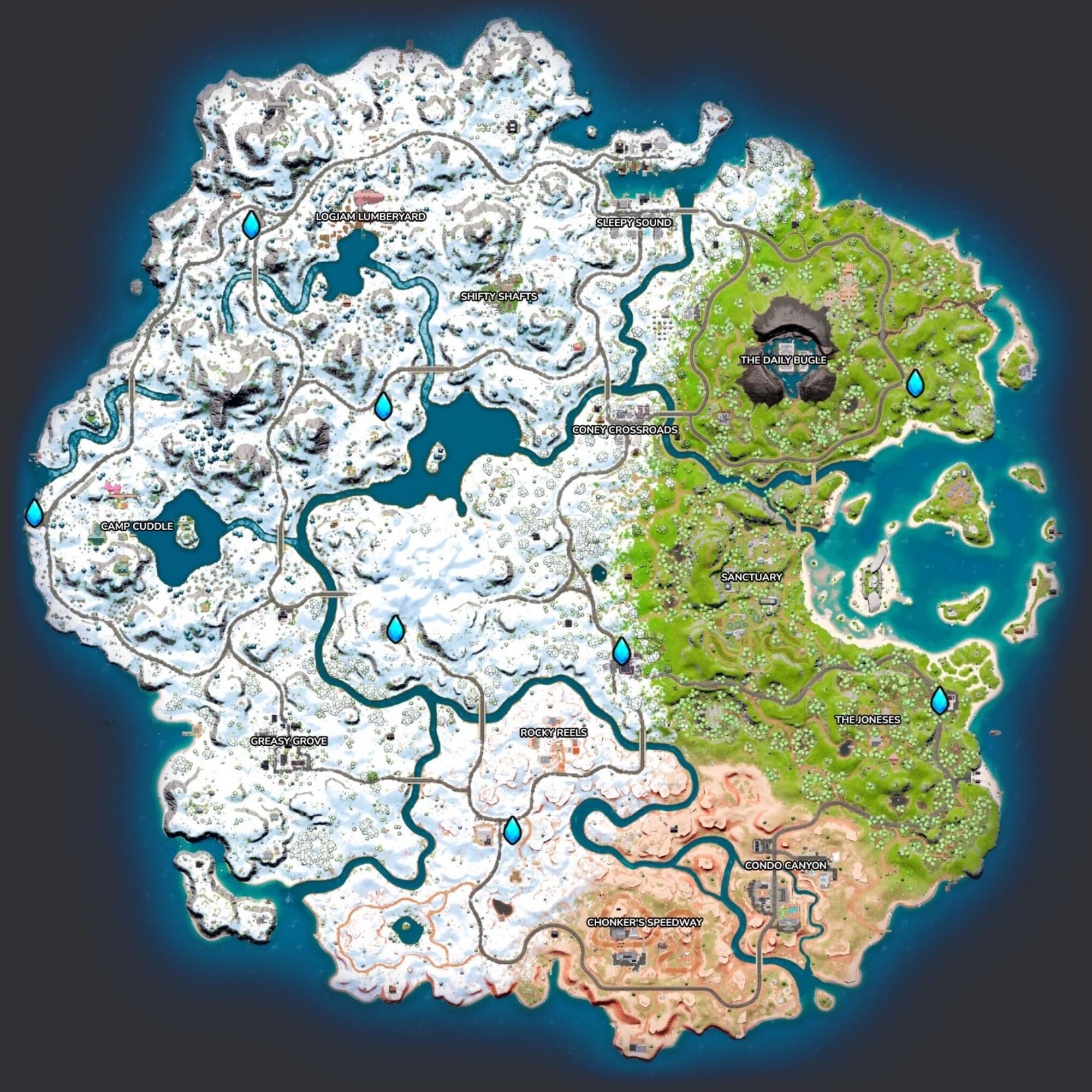 These are the gas stations in the game where you can find the gem fragments that you're looking for. Here is where you have to look to find them.

Collect Gem Fragments On Crossroads And Rivers Using A Vehicle (9)

Although nine gem fragments may seem like too many, these are quite easy to find. They're spread all over the map but you can move fairly quickly since you have to be riding a vehicle to complete this task. Complete this in no time by driving through all the roads marked on the map below and riding through the blue fragment on the road. 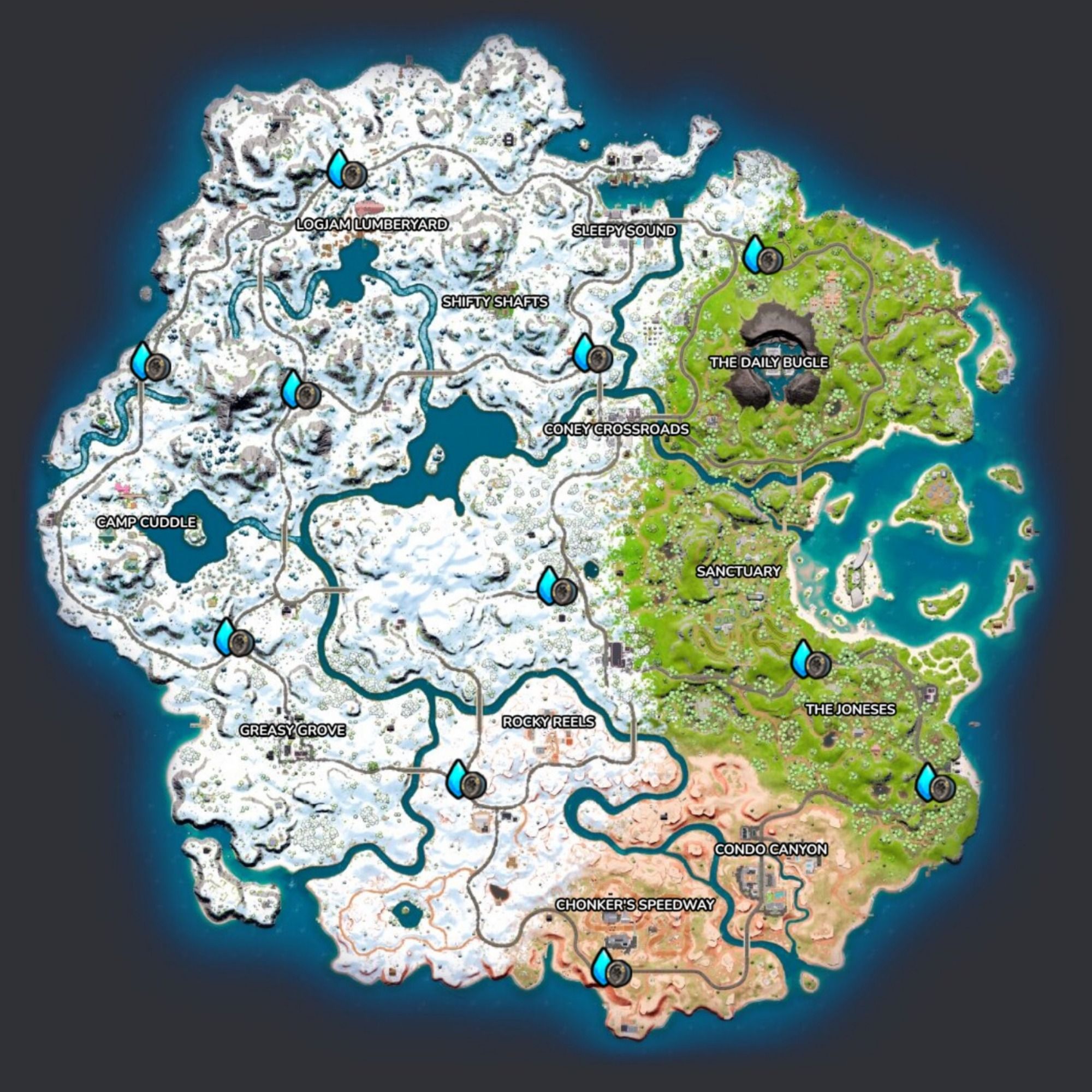 The same goes for the gem fragments located on rivers. Find a vehicle and ride through the rivers in the places marked on the map below. 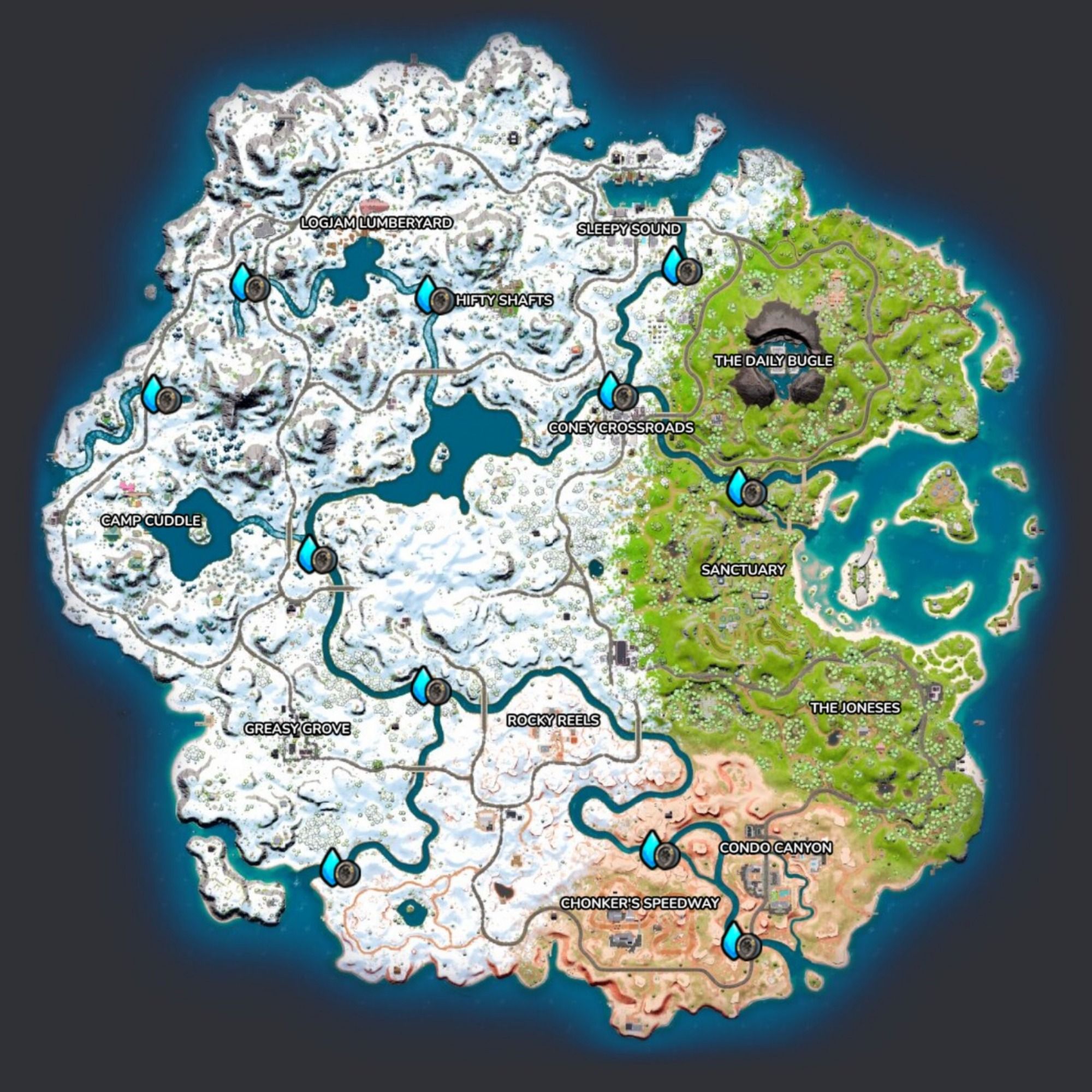 Some gem fragments are hidden inside dirt mounds so you'll have to find them. It may seem difficult at first but thankfully, they all have a blue glow to them because of the gem fragment inside so they're quite easy to spot. To dig up the gem, you have to hit the dirt mound with your harvesting tool. Here's where you should go if you want to start digging: 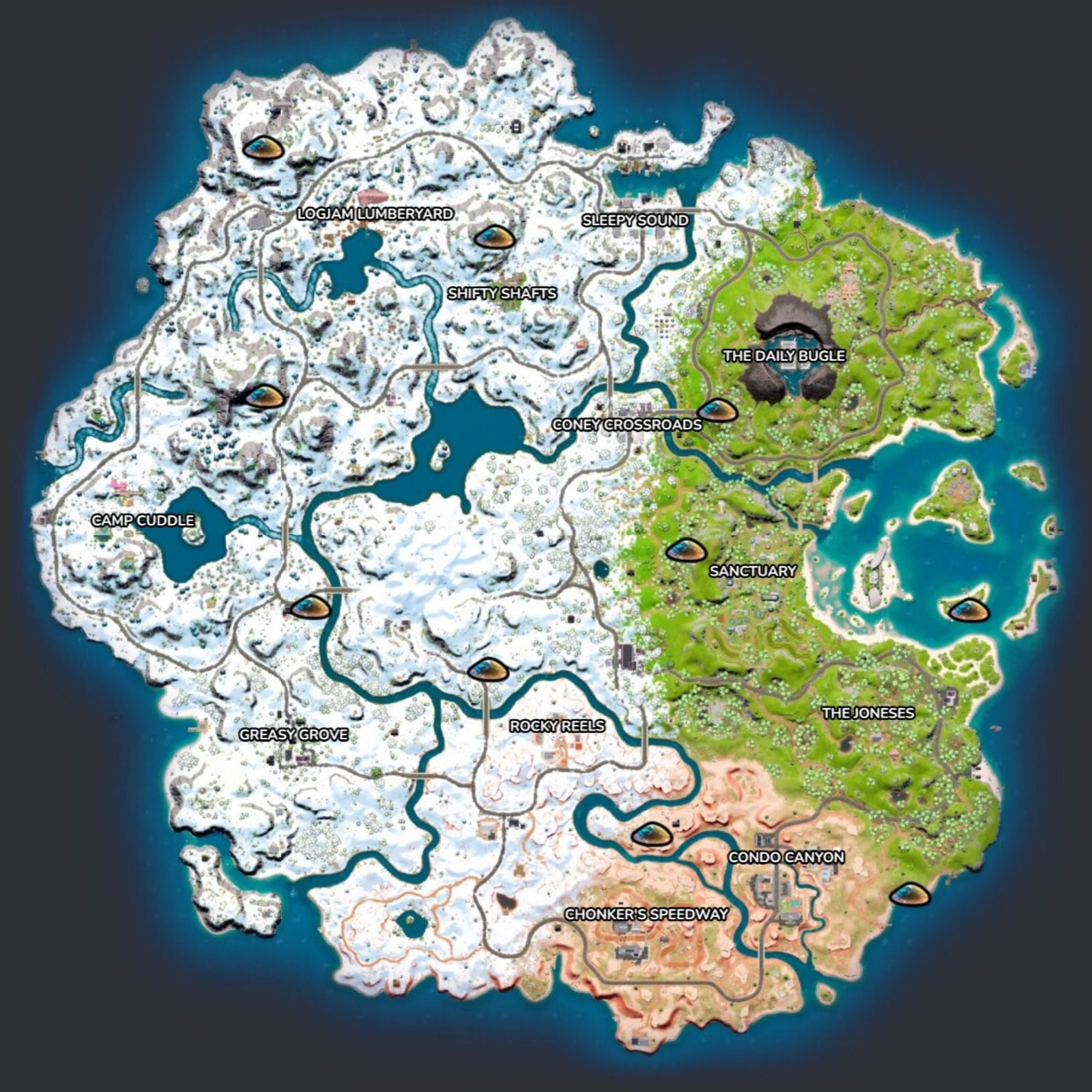 The next ten gem fragments you have to collect are all near NPCs making this one of the easiest Shanta quests. So, you can just go around the map visiting your favorite NPCs and you'll find all the necessary gem fragments in a matter of seconds as they always spawn nearby.

There are several docks around the map in Fortnite. In the map down below you can see where to find all of them. They're always equipped with a fishing rod so you might want to take advantage of them and do some fishing. 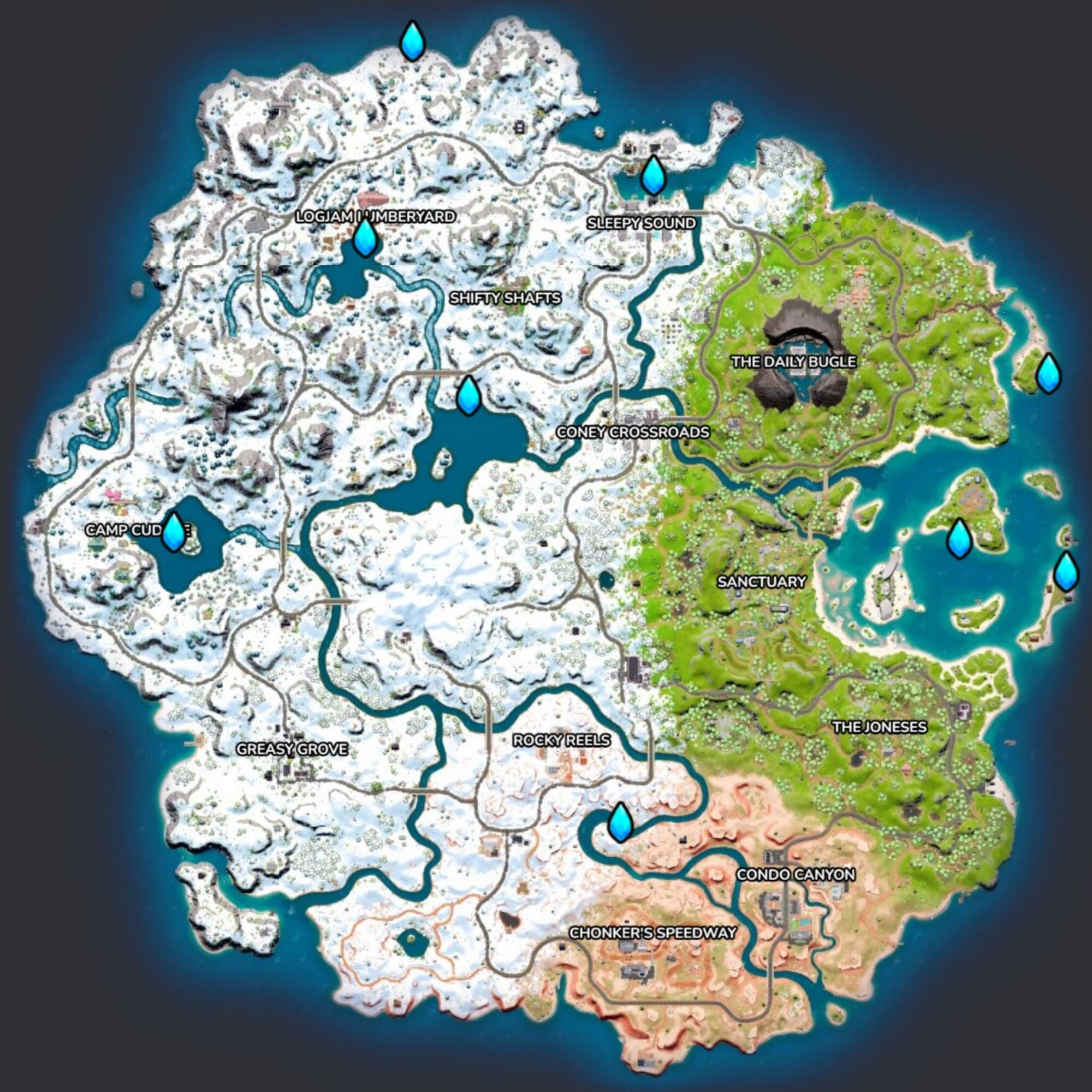 These are the hardest gem fragments to find because they are simply up in the air or hidden in tall trees. In the map below you can see where the fragments are located but you might have a hard time spotting them once in-game. 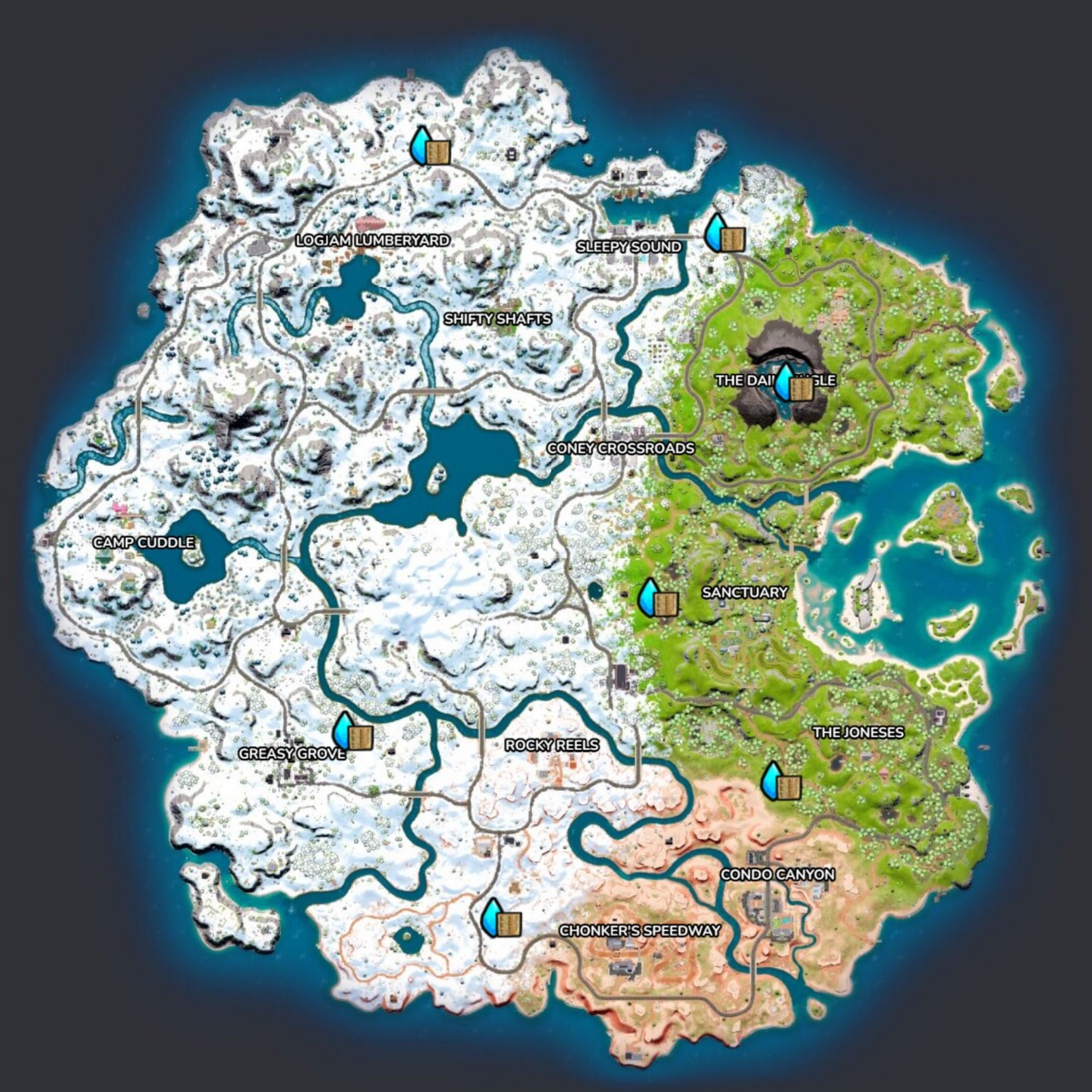 The easiest way to get your hands on them is to either glide nearby using a launchpad or after getting out of the battle bus or building up and looking carefully at your surroundings, destroying any suspiciously tall trees around. Be careful if you decide to build up since another player might see you and shoot down your ramps.