To figure out why let’s first establish that BusinessFinancing.co.uk basically just used Google Keywords planner to measure search volume for certain brands for all of 2020. Every time a particular brand popped up in a search, the business-focused website would jot it down in a running tally that was broken down by individual countries. It then compiled a top ten list determined by the number of countries that dominated that brand’s search patterns and also published a map showing the world as portrayed entirely through their game searches.

Epic topped the list as the world’s most searched-for gaming brand with 141 countries. Nintendo came in second place with 24 of the world’s more influential countries, including the USA, China, Australia, Canada, the UK, Germany, and unsurprisingly, Japan. 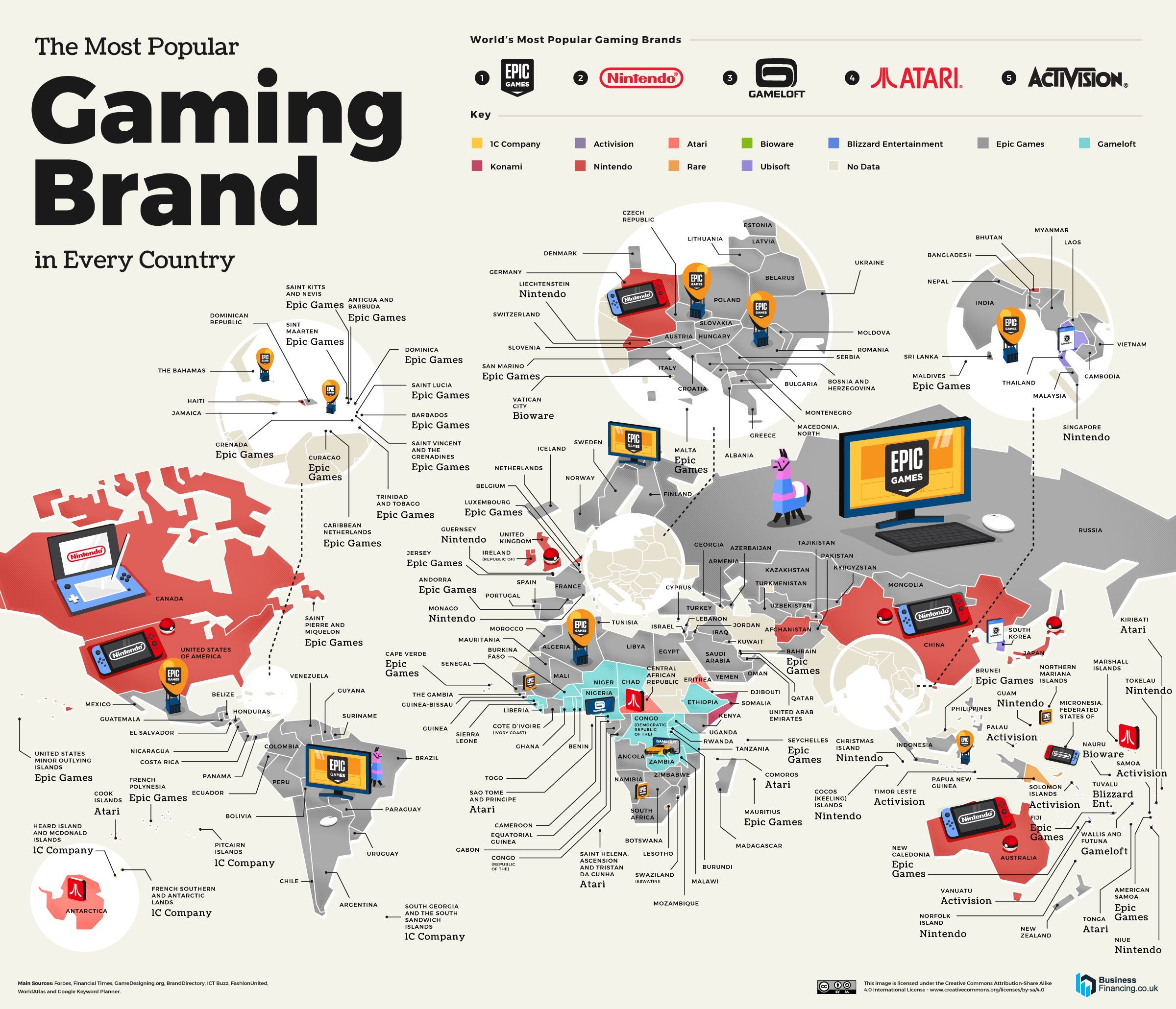 However, we should note that this list was based on whether or not the gaming brand dominated a particular country’s search patterns and is NOT based on overall searches. If we were to take countries out of the equation, the top brands are still Epic and Nintendo, but three through five would be Ubisoft, Activision, and Atari.

So why Epic? Well, Fortnite is still one of the most popular video games on the market, but a lot of the countries that Epic snagged top search aren’t exactly the most affluent. If we had to guess, Epic’s policy of giving away a free game every week probably drove a lot of search traffic as everyone just typed “Epic Games” into Google to see what the latest free give away would be.

That’s just a hypothesis though. The numbers here just show searches, not the reasons why those searches were performed.