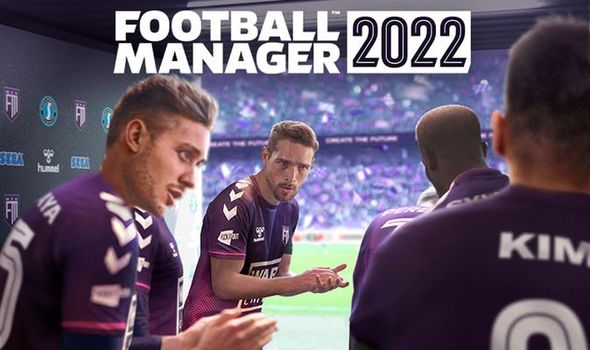 The early access Football Manager 2022 beta is now available to download on Steam and the Epic Games Store.

Sports Interactive confirmed the news earlier today, revealing that anyone aching to get their career up and running can do so without having to worry about losing progression.

Anyone who has pre-purchased FM22 from a SEGA-approved digital retailer can now log in to Steam or Epic and launch the game directly from their library.

For those who haven’t bothered, you can gain the same early access by purchasing the game before everything goes live in November.

The beta is a great way to start your career early as it’s pretty much the same game that will be going live later this year.

However, Sports Interactive has warned that there are differences, telling fans as part of the big announcement:

“The Early Access Beta is a near complete (but not quite final) version of the game, so players may encounter some bugs and issues during play.

“These can be reported directly to the Sports Interactive team via the ‘Report Bug’ button on the in-game sidebar. Online play is also enabled, but there will be no access to the Steam Workshop or either the pre-game or in-game editors until the game’s full release on November 9th.

“FM22 brings new and progressive ways for managers to find their winning edge, instil their footballing style and earn success for their football club.

“Managers will enjoy more control than ever over their team’s success on and off the pitch with an improved match experience, an increased level of analysis and information and additional advice from their backroom team at their disposal.

“A new animation engine and wide-ranging AI improvements deliver the most authentic on-pitch action in the series’ history and a brand-new Data Hub brings more ways to see where things are going right and wrong on matchdays.

“Transfer Deadline Day has been overhauled to bring more rumour, activity and speculation to the climax of the transfer window and a new Staff Meeting allows managers to keep more in touch with the key personnel in their backroom team.”

According to the latest stats on Steam, over 15,000 gamers have already started exploring FM22 and that number looks set to increase dramatically over the weekend.