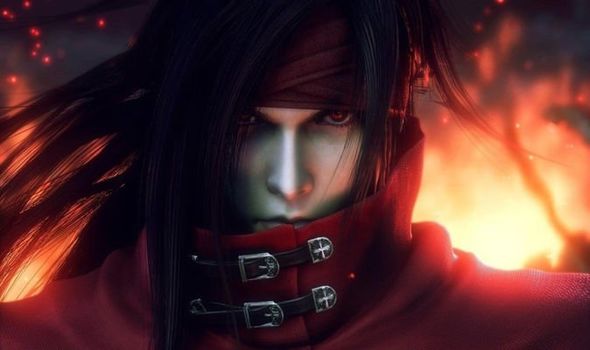 Final Fantasy 7 Remake fans have plenty to celebrate this week, as Square Enix fully embraces the fan-favourite entry in the series.

Not only is there a Final Fantasy 7 Remake demo to download, but fans have discovered potential plans to re-release even more games and media from the series.

Indeed, according to a post on Gamingbolt, Square Enix appears to be planning a remake of Final Fantasy 7 spinoff Dirge of Cerberus.

The Final Fantasy publisher recently filed a trademark for the Dirge of Cerberus intellectual property.

While this is no guarantee that the game will make a return, Square Enix has previously expressed an interest in revisiting the Final Fantasy 7 companion pieces.

Hopefully the company will do a better job this time around, because the Final Fantasy 7 spinoffs were very much a mixed bag.

PS2 release Dirge of Cerberus was the worst of the bunch, featuring uninspired gameplay and a convoluted story.

The Advent Children spinoff movie was very average, even though it was nice to see the characters again.

PSP release Crisis Core was the best Final Fantasy 7 spinoff, although as a PSP title it launched to a much smaller audience.

You’d have to assume that Square Enix would do a better job with Dirge of Cerberus if a remake is on the cards, so fingers crossed it gets another shot.

With Final Fantasy 7 Remake’s release date just over a month away, fans can get a taste for the action by playing the recently released PS4 demo.

Available as a free PS4 download, the Final Fantasy 7 Remake demo drops players into the early stages of the game.

“The new demo features a lengthy segment from the very beginning of the game: the iconic bombing mission against the Shinra Electric Power Company, and the subsequent escape,” reads a PlayStation Blog post.

The mission culminates with a battle against the iconic Scorpion Sentinel. Unlike the original game, however, this isn’t a battle that will be over quickly.

“When you reach your target, you’ll encounter the Scorpion Sentinel. It may be the first boss of the game, but don’t expect this mechanical monstrosity to give you an easy ride,” the post continues.

“If you manage to beat it, don’t think you can relax – you still have to escape from the complex before it collapses around you. But did you give yourself long enough to do so…?”

If you’ve played the demo and want to know more about the Final Fantasy 7 Remake, then you should check out Express Online’s early verdict.

Is the Final Fantasy 7 Remake shaping up to be a 5-star masterpiece? Click the link to find out more.