Home » News » Final Fantasy 14: 7 Things To Know Before Soloing Palace Of The Dead

Final Fantasy 14: 7 Things To Know Before Soloing Palace Of The Dead

Palace of the Dead, one of Final Fantasy 14's two Deep Dungeons, is content that often goes overlooked by players who enjoy the game for its award-winning narrative or challenging raid content. However, players who venture into the depths of Gelmora will discover that there are still many reasons to visit this content. From rare minions and glamour pieces to unique weapons and even a fancy mount; the many floors of the titular palace house some unique rewards for those who still wander its halls.

Taking a party from floor one to 200 is no mean feat, however, some players have taken it upon themselves to attempt the entire journey solo. Doing so will net you the rare title of "The Necromancer", an honor that fewer than 1000 characters across all servers currently hold. But this process isn't for the faint of heart as it requires dozens of hours of dedication, a deep knowledge of the mechanics unique to Palace of the Dead, and no small amount of luck. Still, there are plenty of resources provided by the game which make the descent into the heart of Gelmora a bit more manageable. 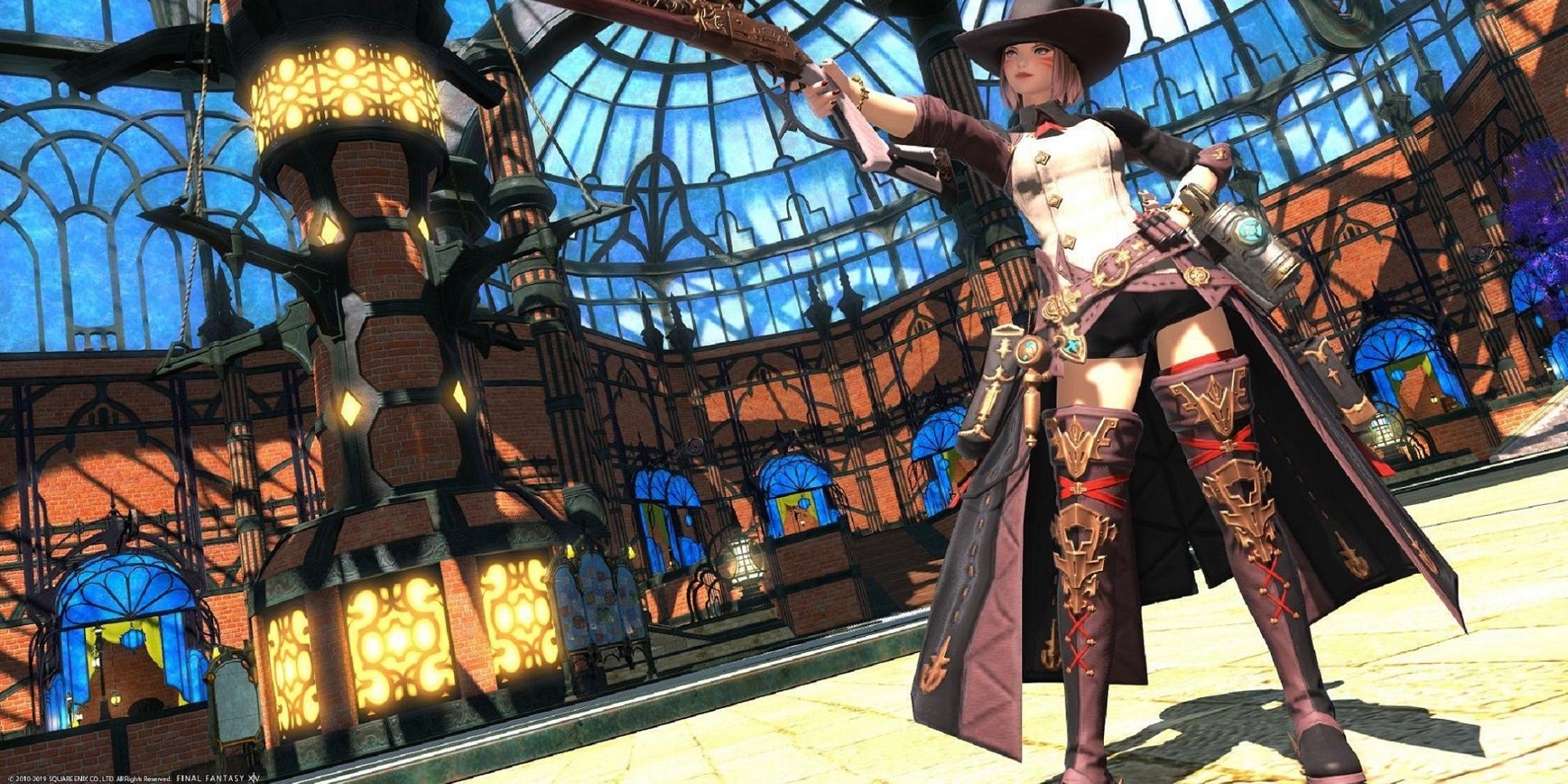 The first choice you'll make upon entering Palace of the Dead is which job you'll play. You can't change jobs within the palace so whatever you pick here will be what you're stuck with until you clear floor 200 (or die). While it's possible to clear Palace of the Dead on any of Final Fantasy 14's 20 jobs, there are several that will make the experience significantly easier, especially for first-timers. Ideally, you'll want to strike a balance between self-sustainability and damage, so you can survive the tougher encounters of the palace while still doing enough damage to kill the required amount of enemies on each floor before the timer expires.

Currently, Machinist is considered the best job for the task as it can deal high, consistent damage at a range with no cast times. This means it can kite enemies around, staying out of melee range while subjecting them to devastating attacks. Red Mage is also notable because of its incredible self-healing potential and Gunbreaker is an excellent choice, providing the defensive capabilities of a tank without too much of a hit to its overall damage output.

6 Make Use Of Pomanders 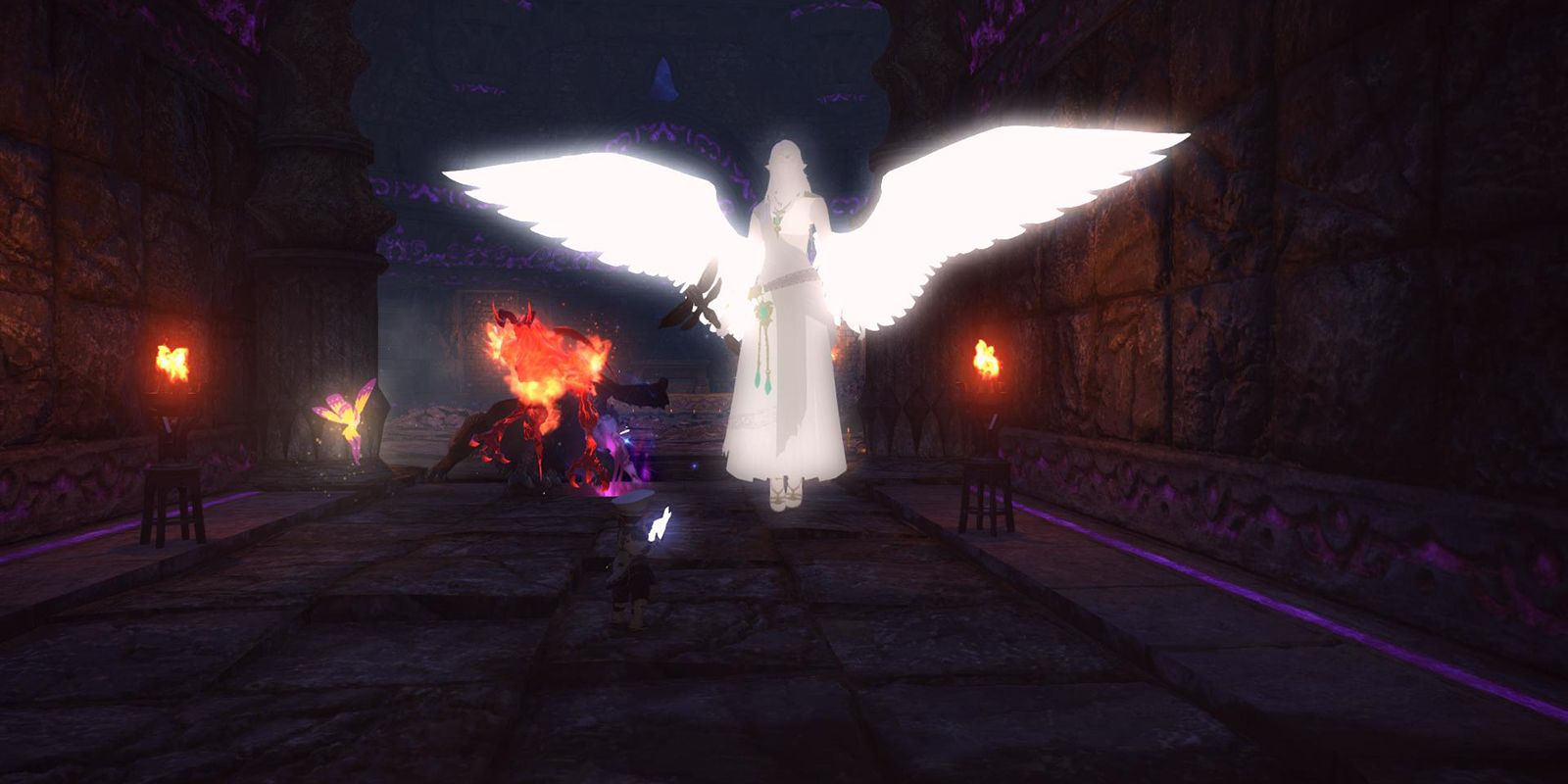 Pomanders are a mechanic unique to Deep Dungeons and will be a vital tool in clearing the content within. These consumables can be found in the gold banded chests scattered throughout Palace of the Dead (as well as its Stormblood counterpart Heaven on High) and provide a variety of buffs and unique effects to either your character or the area around them.

From the Pomander of Steel, which gives you a massive defensive buff, to more niche effects like the Pomander of Lust, which will turn you into a succubus and grant you a unique fireball spell, you'll be able to make your life significantly easier as you traverse the many floors of the palace. Don't be stingy with these! Remember, there are 200 floors to cover, and you can always find more.

5 Consumables Are Your Friend 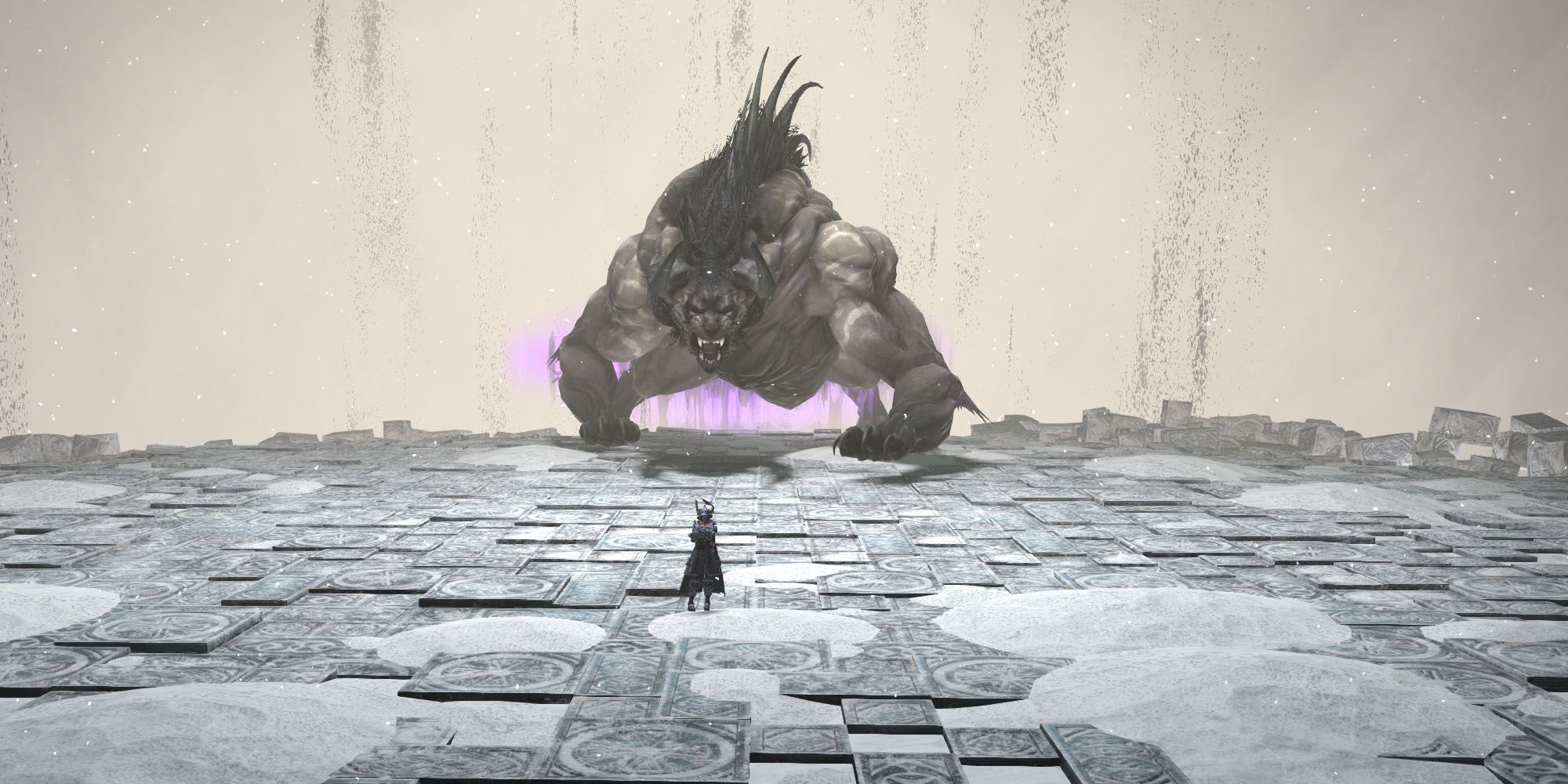 Outside high-end raiding, consumables are rarely required in Final Fantasy 14. You'll usually always have a healer on hand, rendering healing potions moot, and unless you're looking to squeeze an extra bit of damage out during a dungeon you'll never be required to use damage potions either. However, both can be immensely helpful while soloing Palace of the Dead, especially if you're playing a job without many self-healing options like Machinist.

You'll also be able to exchange Gelmorran Potsherds, a unique collectible found within the palace, for Sustaining Potions. These powerful consumables can only be used within Palace of the Dead but provide a massive regen that you can use on cooldown to survive encounters with some of the lower floors' more aggressive denizens.

4 Level Up Your Aetherpool Arms And Armor 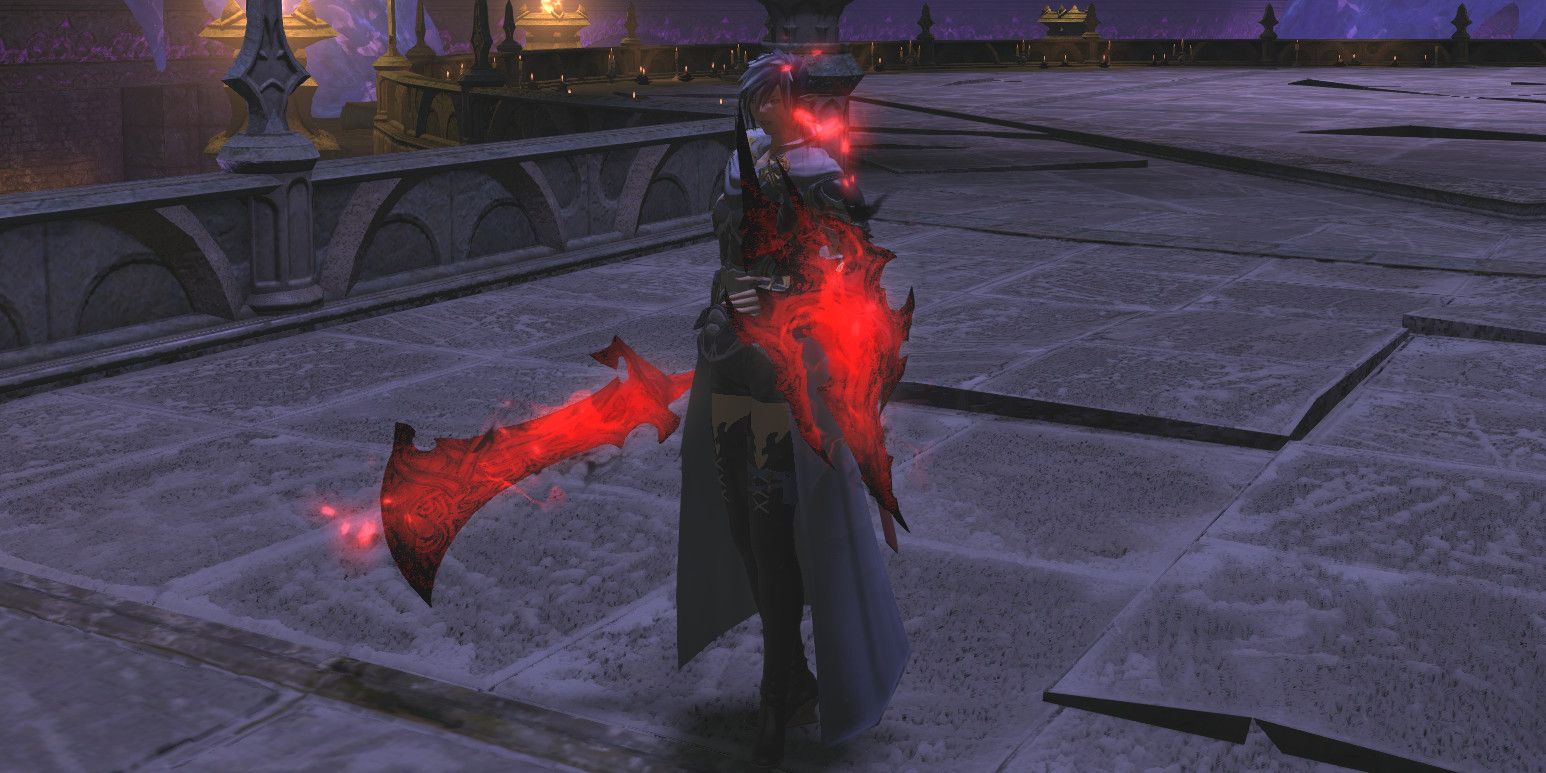 Unlike in the rest of the game, your stats within Palace of the Dead won't scale off your character's level and gear. Instead, you'll be using a unique weapon and armor set referred to as Aetherpool gear. These pieces can be leveled up independently within the palace by finding silver banded chests, increasing your defense and damage output. To clear all 200 floors on your own, you'll want both your arms and armor to be at their maximum level, 99.

This means, unfortunately, you'll have to do a bit of grinding as the higher level your Aetherpool gear is, the less likely it is to gain a level from chests found at the beginning of the palace. You'll need to go deeper and deeper each time to increase your power level. This can be achieved piecemeal either by doing practice runs with the sole intent of gaining a few extra aether levels or by getting a group together and playing through as a party. Your Aetherpool gear will carry over across all your runs, so there's no harm in finding some friends and seeing how far you can get together! 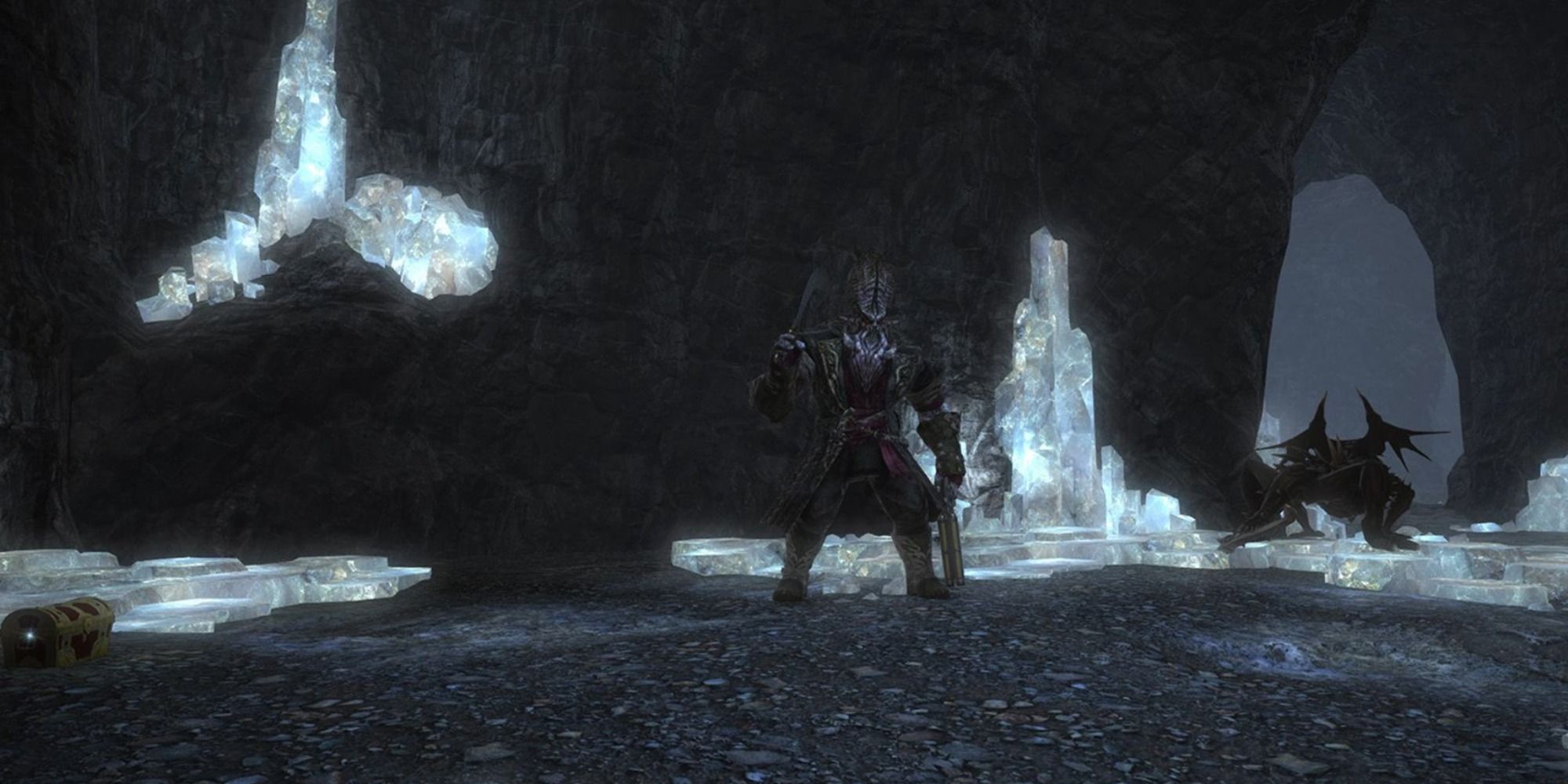 During the early floors of Palace of the Dead, it's easy to fall into the trap of exploring every nook and cranny, killing every enemy, and opening every chest. While this is great during those easier stages, later on, you'll want to start prioritizing your speed as enemies will take longer and longer to kill, and clearing ten floors within the 60-minute time limit will become increasingly difficult.

This is where job choice and pomander usage come into play as they can help to alleviate the pressure placed on you by the timer. But, even with these aids, you should aim to clear floors quickly and methodically whenever possible.

2 Watch Out For Traps 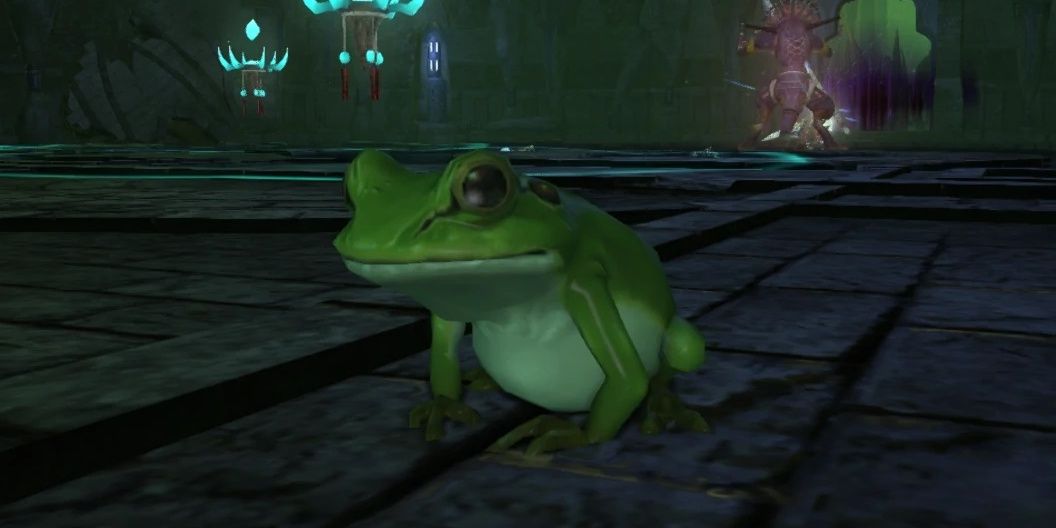 This one might go without saying, but you should be wary of the many traps littering the floors of Palace of the Dead. These are invisible to the naked eye (but can be seen under the effect of certain pomanders) and will have a variety of effects on your run. These range from landmines that deal massive damage to Toading Traps which will turn you into well… a toad.

A general rule you can follow to avoid these traps is to stick close to the walls of whichever room you're in as they tend to be placed nearer to the centers of rooms. Additionally, traps will never appear in the hallways between rooms so if you're nervous about running into a trap while fighting, it might be useful to pull the enemy out into a hallway first. More experienced delvers can even use certain traps to their advantage! For example, landmines will damage foes as well so if you're willing to take the risk you can run a pack of enemies over a landmine to take them out in one fell swoop.

1 Don't Be Afraid To Ask For Help 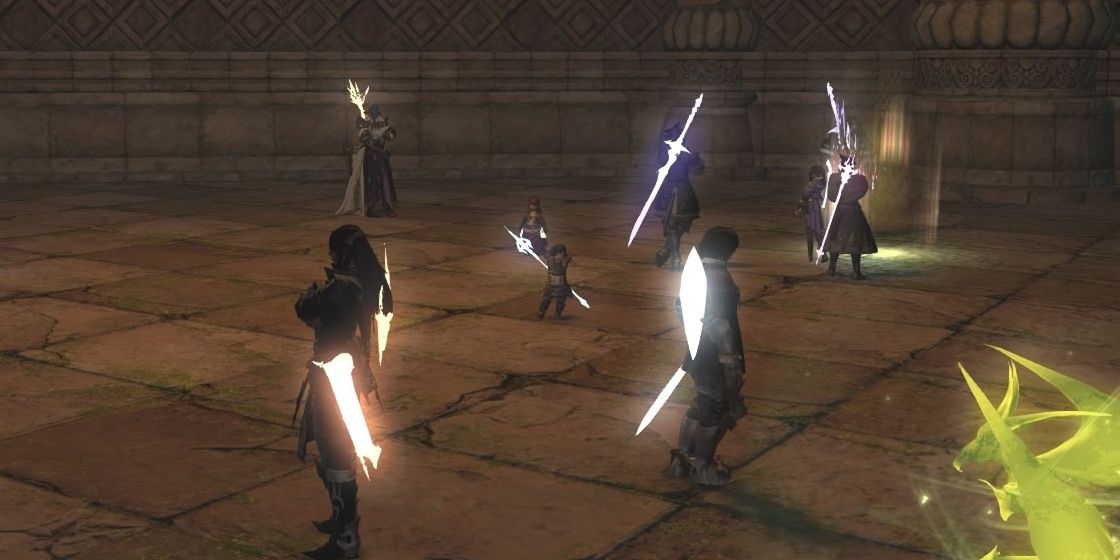 Final Fantasy 14 is known for its wonderful community and the small community within the game that has sprung up around soloing Deep Dungeons is no different. From YouTubers and Streamers like Angelus Demonus, to in-depth guides, forum posts, and more; the Deep Dungeon community is full of people who are ready to share strategies, experiences, and helpful tips for your journey to becoming The Necromancer.

According to the official Deep Dungeon Leaderboards, someone has cleared Palace of the Dead solo on just about every job so no matter what you're playing there's bound to be someone with experience ready to help. Just because you're playing solo doesn't mean you're alone, so don't be afraid to reach out and get involved in a community of like-minded players who love playing this content.