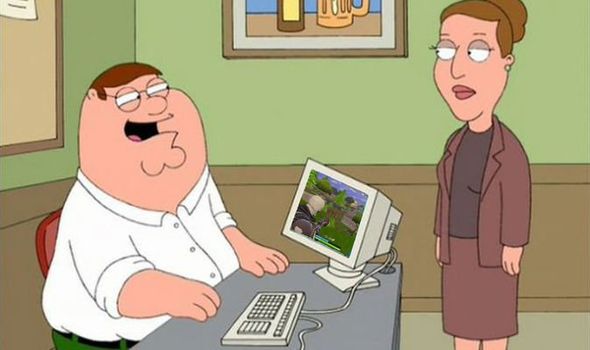 Family Guy’s Peter Griffin could be getting his own skin in Fortnite. Rumour has it Quahog’s most famous resident could be heading to the hit Battle Royale game, and this was sparked after dataminers rummaged through in-game files. After delving into what Epic Games has under the hood leaker @GMatrixGames managed to find some strange looking textures.

These images have been codenamed FrenchFry, with the first name of a Fortnite codename typically referring to the name of the character who the skin is of.

And the in-game files that @GMatrixGames found show an entire reel of Peter Griffin fighting Ernie The Giant Chicken.

As reported by CharlieIntel, this has sparked speculation that a Family Guy Fortnite skin could be launching before season 6 starts.

Fortnite chapter 2 season 6 is expected to have a release date during the week beginning March 15.

Fortnite is well known for its crossover events, and it seems too much of a coincidence for these files to be in game without a good reason.

This season we’ve already seen plenty of crossovers – with guest characters such as Predator, The Mandalorian, The Terminator, Master Chief and Kratos all arriving in Fortnite.

The most recent crossover was announced in the past few days, with Epic Games confirming iconic Street Fighter characters Ryu and Chun Li are available in the Item Shop.

Announcing the news, Epic Games said: “If you’re trying to secure the Zero Point, could there be a more PERFECT choice than recruiting World Warriors from Street Fighter? Starting today, two of Capcom’s greatest fighters join the Item Shop.

“Master of the Dragon Punch (a.k.a. “SHORYUKEN!”) and hailing from Japan, Ryu is ready to fight. Select between his traditional white gi, black belt, and red headband or Battle variant. Always ready for action, the Ryu Outift comes equipped with the Training Bag Back Bling and the built-in Shoryuken! Emote.

“Alongside Ryu, the self-proclaimed “strongest woman in the world”, Chun-Li, is ready for the competition to kneel before her. Players are sure to get (many, many) kicks out of the Chun-Li Outfit and Nostalgia Variant. As a tribute to one of gaming’s greatest arcade games, she comes equipped with the Super Cab-Masher Back Bling and built-in Lightning Kick! Emote. Complete her look with the Seven Star Flashing Flail Pickaxe (sold separately).