Bobbleheads can be hard to track down in Fallout 76 due to their random generation and multiplayer gameplay. However, these elusive collectibles also have a new function in this Fallout title that’s important to note before trying to put them all to use.

Bobbleheads work differently in Fallout 76 than they have in other games in the series. They are now consumable items that trigger a temporary 1hr bonus to an array of stats. Some Bobbleheads enhance skills and perks while others provide boosts to your SPECIAL stats. Below are lists of the different Bobbleheads and their various effects.

Bobbleheads To Enhance Your SPECIAL

While Bobbleheads have been documented to appear in these general vicinities, their exact location may switch up. Furthermore, the chance of finding Bobbleheads even in documented locations becomes a wilder shot in the dark due to the nature of multiplayer where another player could always pick it up first. You know, “Finders keepers” and all that.

Despite the odds, here are lists of known Bobblehead locations grouped into the regions they can be found in. 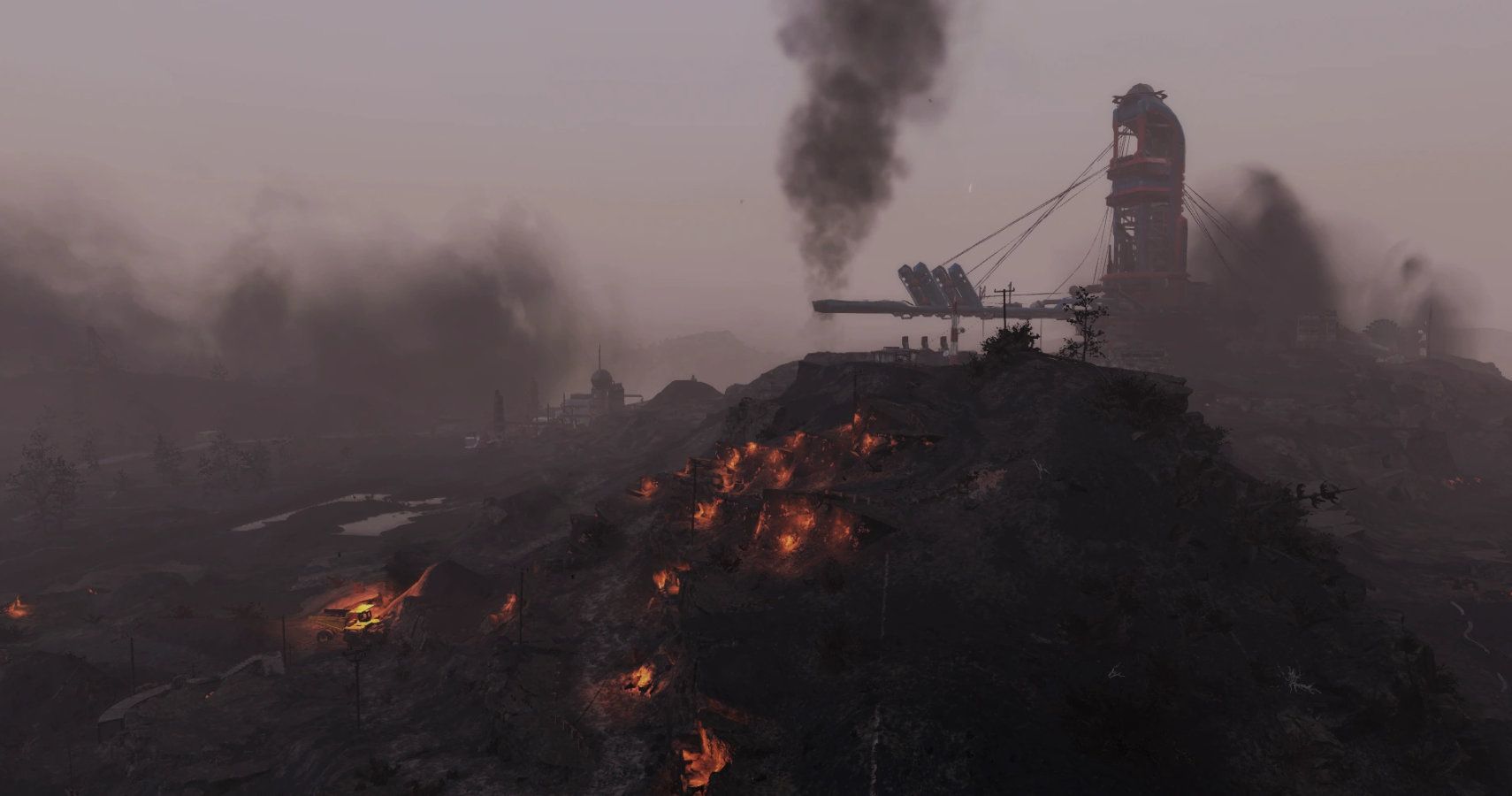 There is a spawn in this town that requires a bit of parkour to access. You’ll need to cross the town via rooftop until you find the gas station. South of the gas station is a shop you’ll need to find a way onto the roof and locate a rusted air vent. The Bobblehead spawn sits just inside the curve of the vent.

North of Beckley is Camden Park which is home to the local carnival and the Widow Maker ride at its center. Beware of spikes and pitfalls as you search through this ride! The rumored spawn inside this madhouse is somewhere on the Northern border of the raider camp in the park’s central vicinity.

Find the excavator at this construction site and use it to leverage yourself onto the roof. The spawn up here is under some primary cables, fairly exposed.

North of the work camp, work your way through a maze of corridors of this building to discover a mine. Head to the very depths of the mine, and there is reportedly a Bobblehead behind a fallen barrel.

This lookout and featured billboard are just South of the Charleston Capitol Building. There is a spawn point on the far side of the precarious bridge at this location. 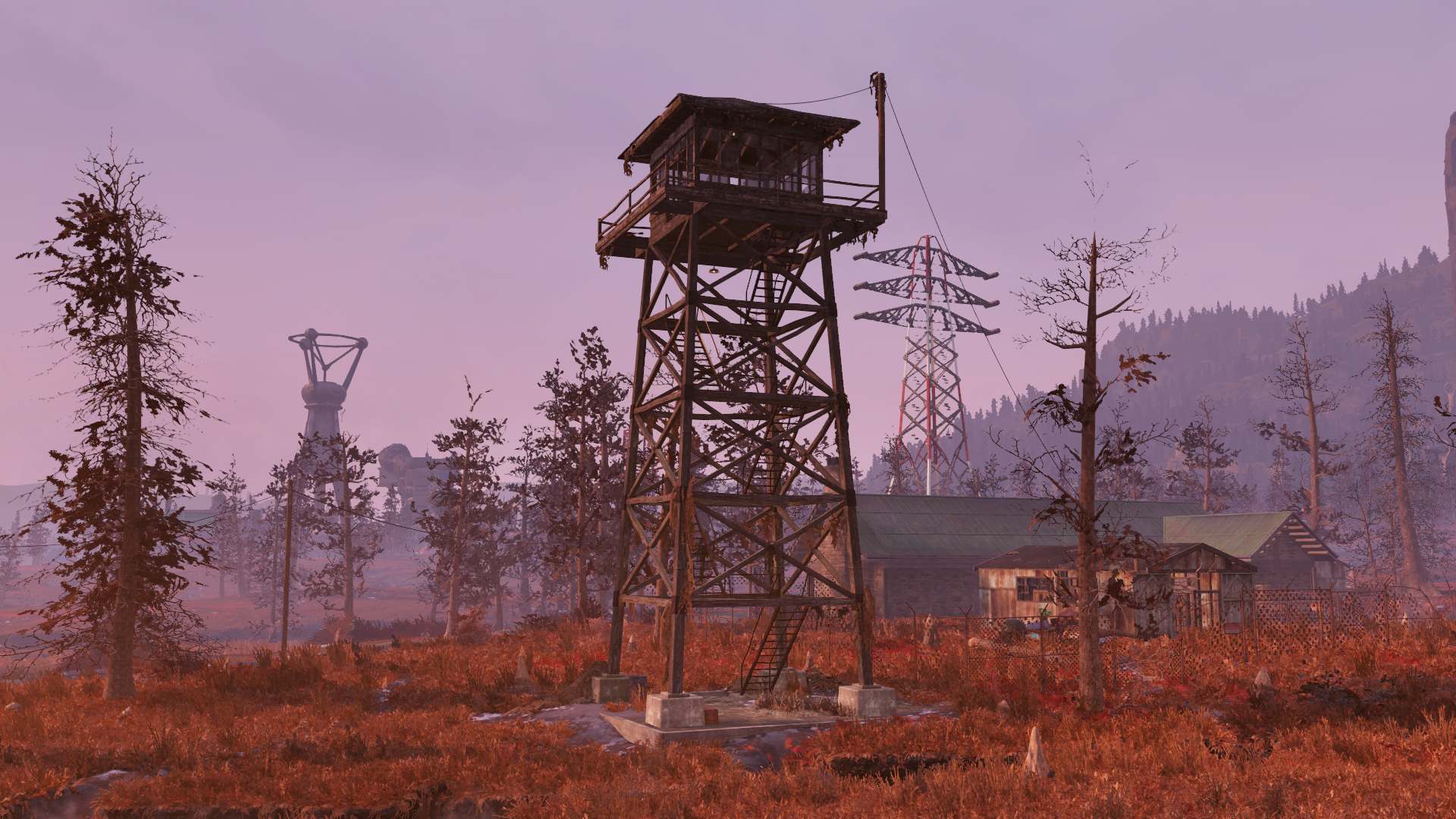 Neighboring Mac’s Farm, this bootlegger’s shack lies to the Southwest. Check inside the shack where reports claim a Bobblehead spawn sits behind a stack of crates off to the left.

Stationed on the edge of Cranberry Bog, the cardinal tent at this camp is stocked with crates and sometimes a Bobblehead too.

This farmland lies East of the Firebase Major. Beware of the Mirelurk Queen that dwells in the pit near the abandoned barn. If you search the wreckage, sources report spawns near barrels in the rubble.

The ranger base hosts a couple of known spawn points as well. 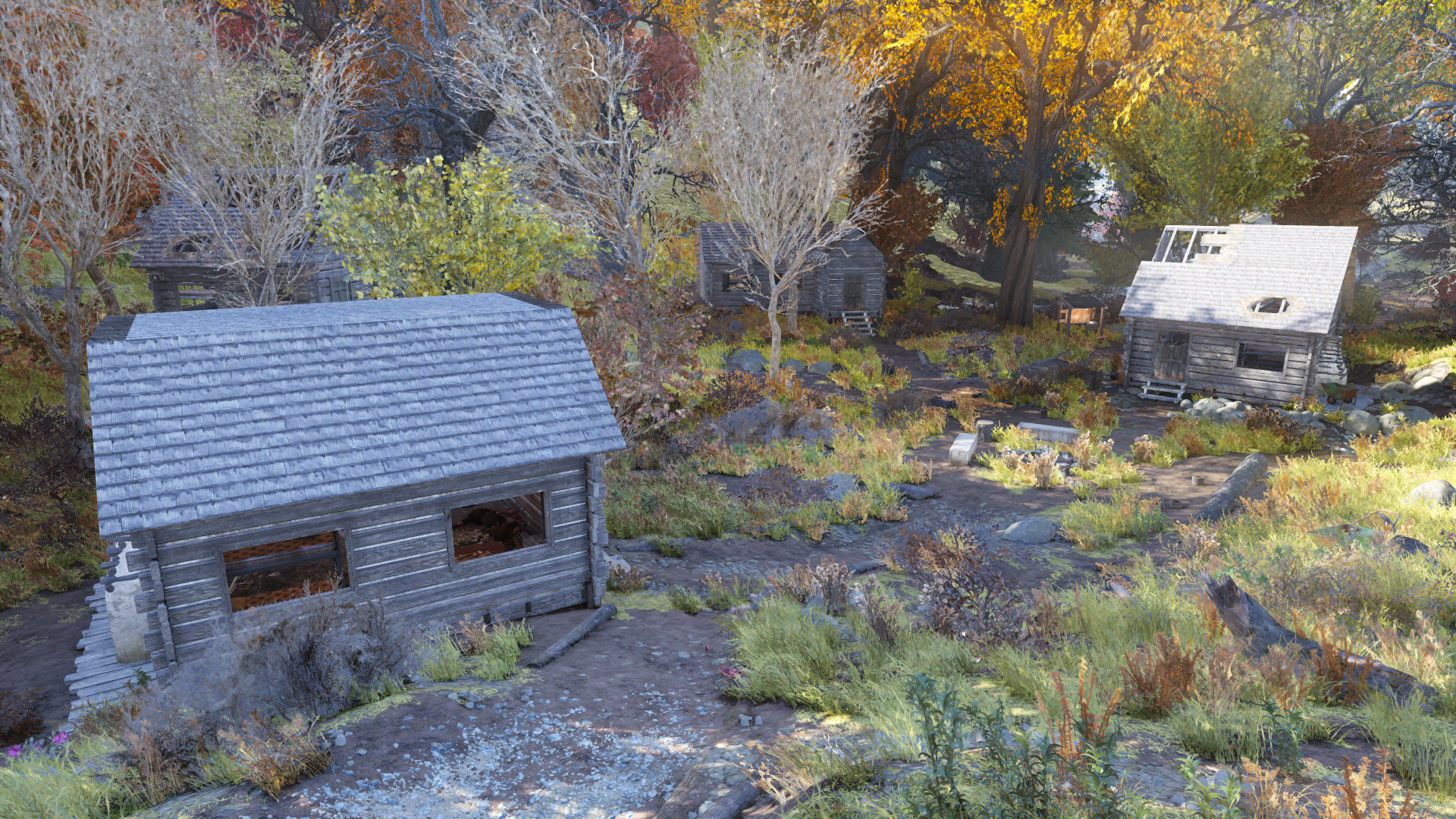 The Alpine River Cabins are located near Vault 76. There are a couple of reported spawn points at this location. However, it could just be the area in general that spawns Bobbleheads, so it’s worth scanning around the campgrounds and inside each cabin.

Darling Sister’s Lab is located immediately North of Tyler County Fairgrounds towards the Northwest of the map. Bobbleheads have been discovered on the trailer home’s rooftop porch. (Check between the lawn chair and wooden shipping crate.)

This airliner crash site is coupled with a small encampment based around an electrical tower. The Horizon’s Rest wreckage is where you’re like to find a Bobblehead. Check the vessel’s cockpit first and foremost.

On a tall hill east of Vault 76 sits Landview Lighthouse. Bobbleheads have been spotted sitting in the open stone windows as you make your way to the top of the tower.

Marigold Pavilion is situated behind the town of Point Pleasant on the west side of the map. One Bobblehead reportedly spawns between the bedrolls upstairs.

There is also a vault under the school grounds in Morgantown with another reported Bobblehead spawn. (Check the cupboards.)

In the Northwest of the forest, this lumber camp has been known to spawn Bobbleheads. Check the sheds; one is documented to appear behind an overturned filing cabinet. 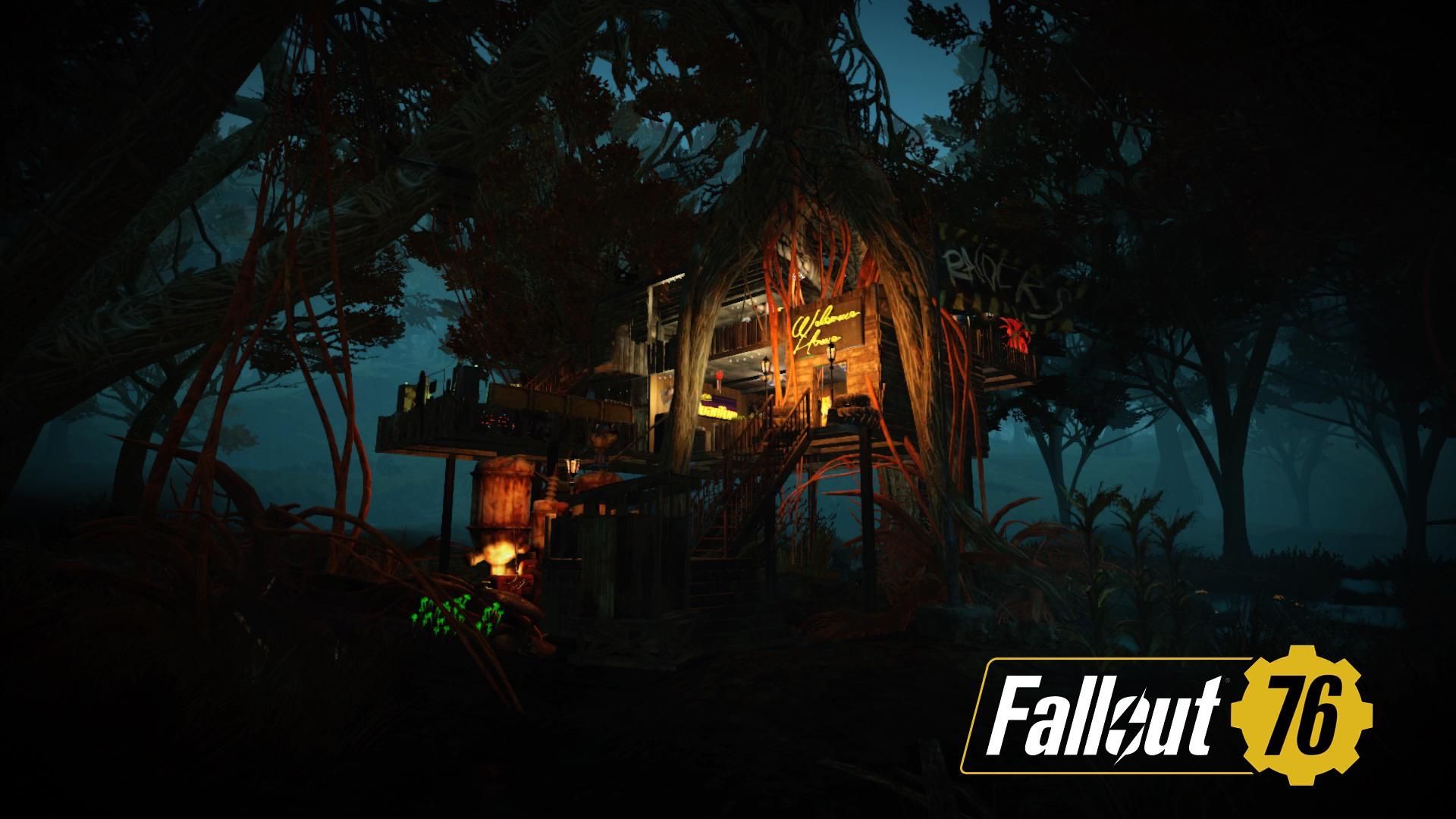 There is a bed on top of the roof at Big B’s, near which Bobbleheads have been reported.

On the second floor of the second building you pass in this area, a Bobblehead has been seen near the computer.

Check in the Welcome office on the south border of this location. There is a trail of bottle caps that lead inside. There’s a bear trap in one corner of the establishment and on the other side a filing cabinet. Bobbleheads have been found in and around this area.

Northeast of the Crevasse Dam, the main building of this estate houses another Bobblehead spawn point on the second floor.

Northwest of Big B’s, there is a red barn at the Sunday Brother’s Cabin. The Bobblehead spawn is on the roof. But you will need to master scaling the precarious stack of barrels in the corner first.

This is a massive Treehouse on the southern border of the Mire. Be warned; a powerful foe guards this location. Still, it’s worth the risk because there seem to be a couple of different spawn points as you climb the levels of the treehouse. 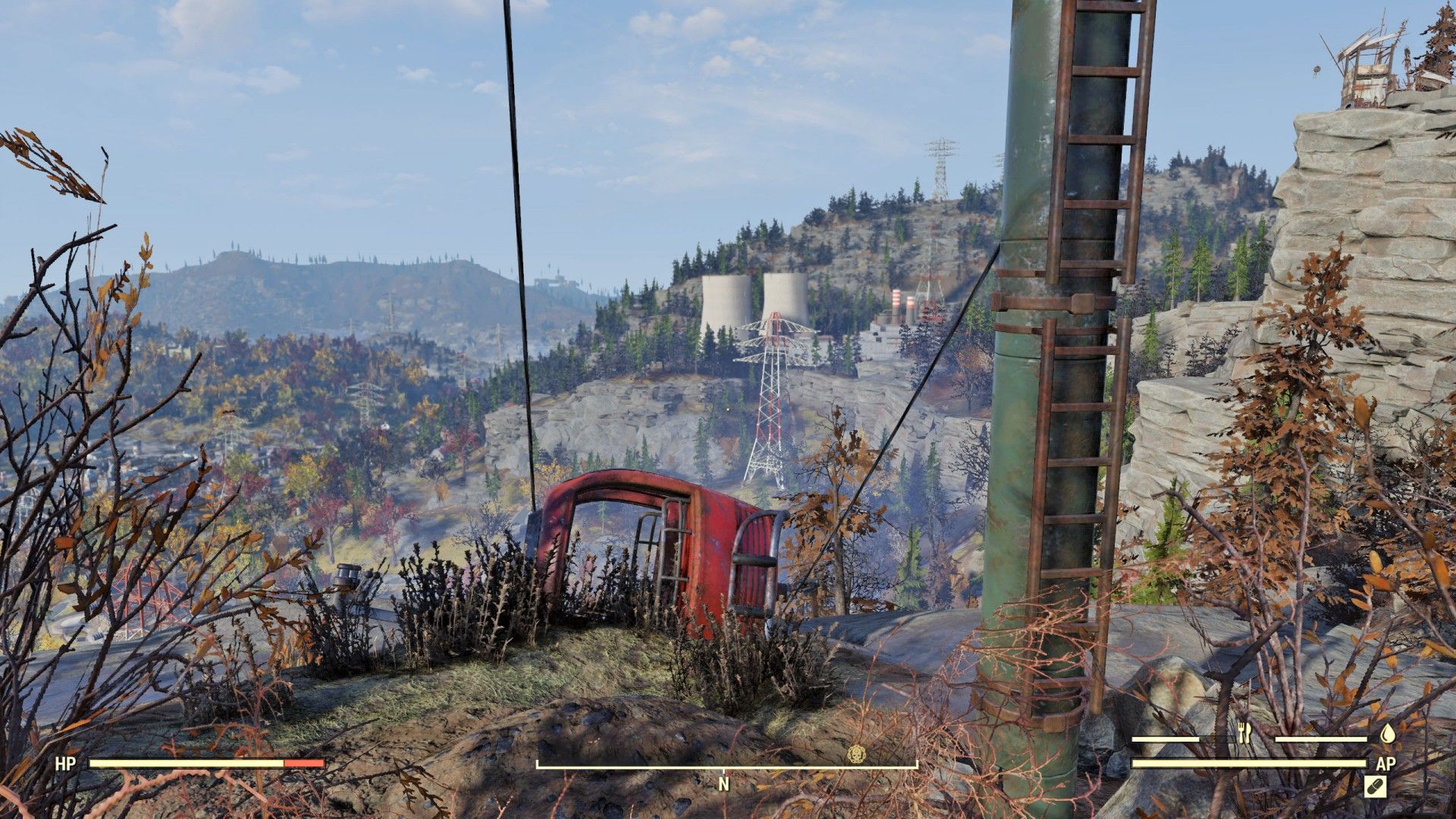 This raider base is centrally located in the Savage Divide. Clever Bobbleheads have been known spawn:

Ripper Alley is a raider camp in the central region of the Savage Divide. It is carved into a ledge along the path to the West Tek Research Center. Search for spawn points among the boulders in the wall in the farthest depths of the crag.

This compound lies in the north of the Savage Divide region. Find the barn known as The Buck’s Den and search the stage inside. Other players have had luck around the amplifier and instruments.

On the club’s first floor, a Bobblehead has spawned on a shelf behind a shoe polishing stand.

This research base is located on the Savage Divide’s Eastern border on the opposite side of the West Tek Research Center from Ripper’s Alley. Bobbleheads appear in the tents near a Scientist’s corpse. 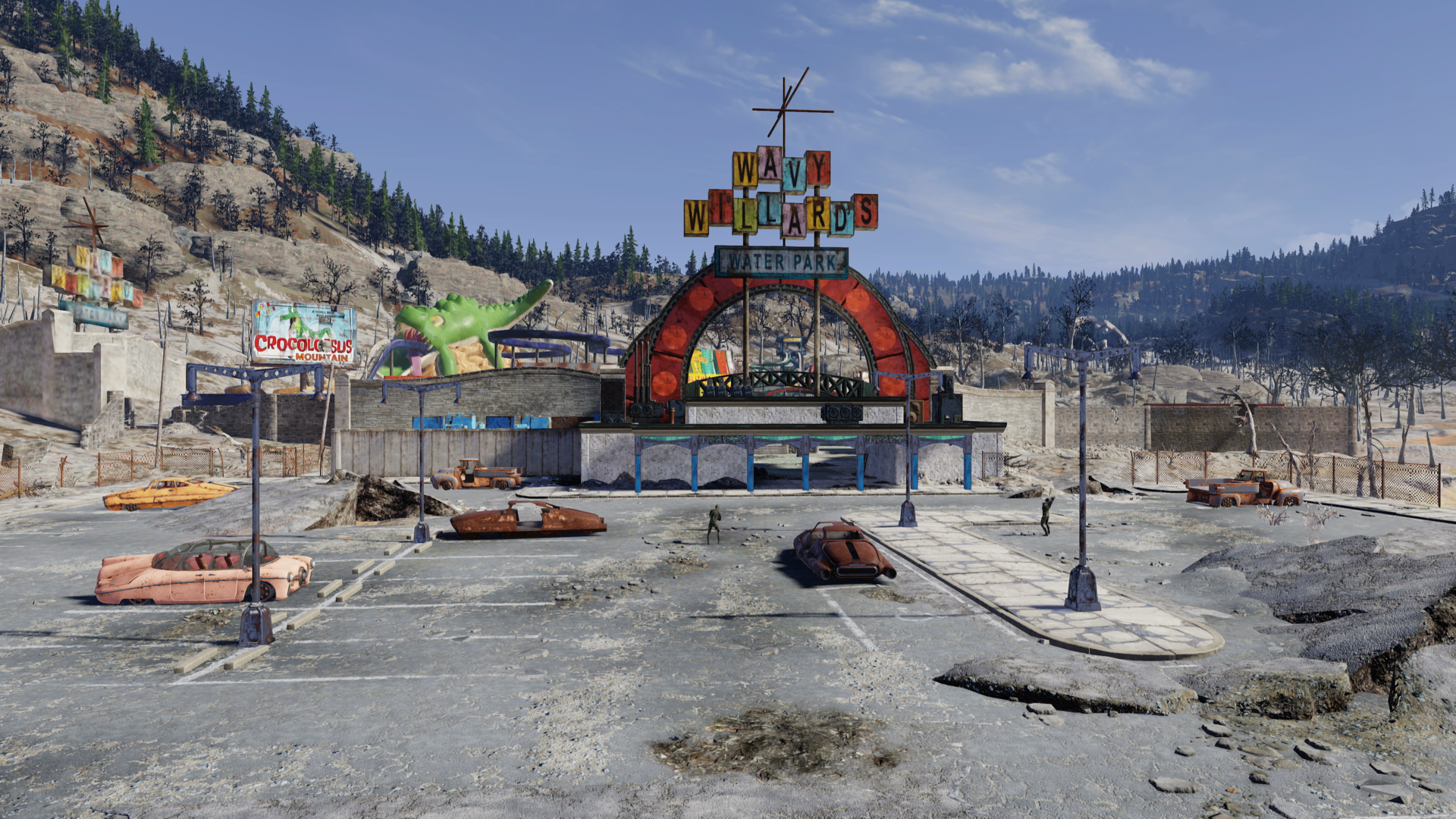 Southeast from Wavy Willard’s and Willard Corporate Housing, find your way to the lodge’s basement. Find the control room housing the AI which governs the property. Bobbleheads are known to spawn on the desk in this room.

This is the Northernmost location of Appalachia where Bobbleheads have been sighted.

South from the Crosshair location, a par-coring Bobblehead has been sighted from the roof on an exposed beam. It may have been dislodged if you stirred up too much rubble below, so check the surrounding area as well.

Back up North, Northeast of Hemlock Grove, this water park hosts a couple of different spawns, or Wavy Willard’s is a general spawn point as a whole. Check these locations first.

This trailer park lies to the east of the water park. Search the partially dilapidated trailers. One spawn has been found on a computer desk near a broken-in wall.