ReleaseHub, an environments-as-a-service (EaaS) platform that serves software developers all the components to run their applications and data on-demand in an isolated environment, has raised $20 million in a series A round of funding.

ReleaseHub is setting out to simplify software development by making it easy to create environments around any code commit, for performance testing, quality assurance (QA), data migrations, sales demos, and more. Its customers, which include Shogun, Monad, and Simon Data, integrate their source control system of choice (e.g. GitHub) with ReleaseHub, which then creates temporary branch-based environments with every code-push or pull request.

“Environments appear when they are needed, for instance when a pull request on a branch has been created a full stack environment for that branch will be created so the feature can be tested, previewed by product, [or] tested by QA,” ReleaseHub cofounder and CEO Tommy McClung told VentureBeat. “When the branch is merged, the environment goes away. Typically, an organization will have one or very few staging environments, so collaboration around these features has to wait until the developer’s code makes its way to staging.”

ReleaseHub counts native integrations with the likes of DockerHub, JFrog’s Artifactory, Amazon’s managed Kubernetes service EKS, LaunchDarkly, and source control platforms GitHub, Bitbucket, and GitLab, while it also offers an API so developers can create environments from within other CI/CD pipelines such as GitHub Actions, CircleCI, and Jenkins. 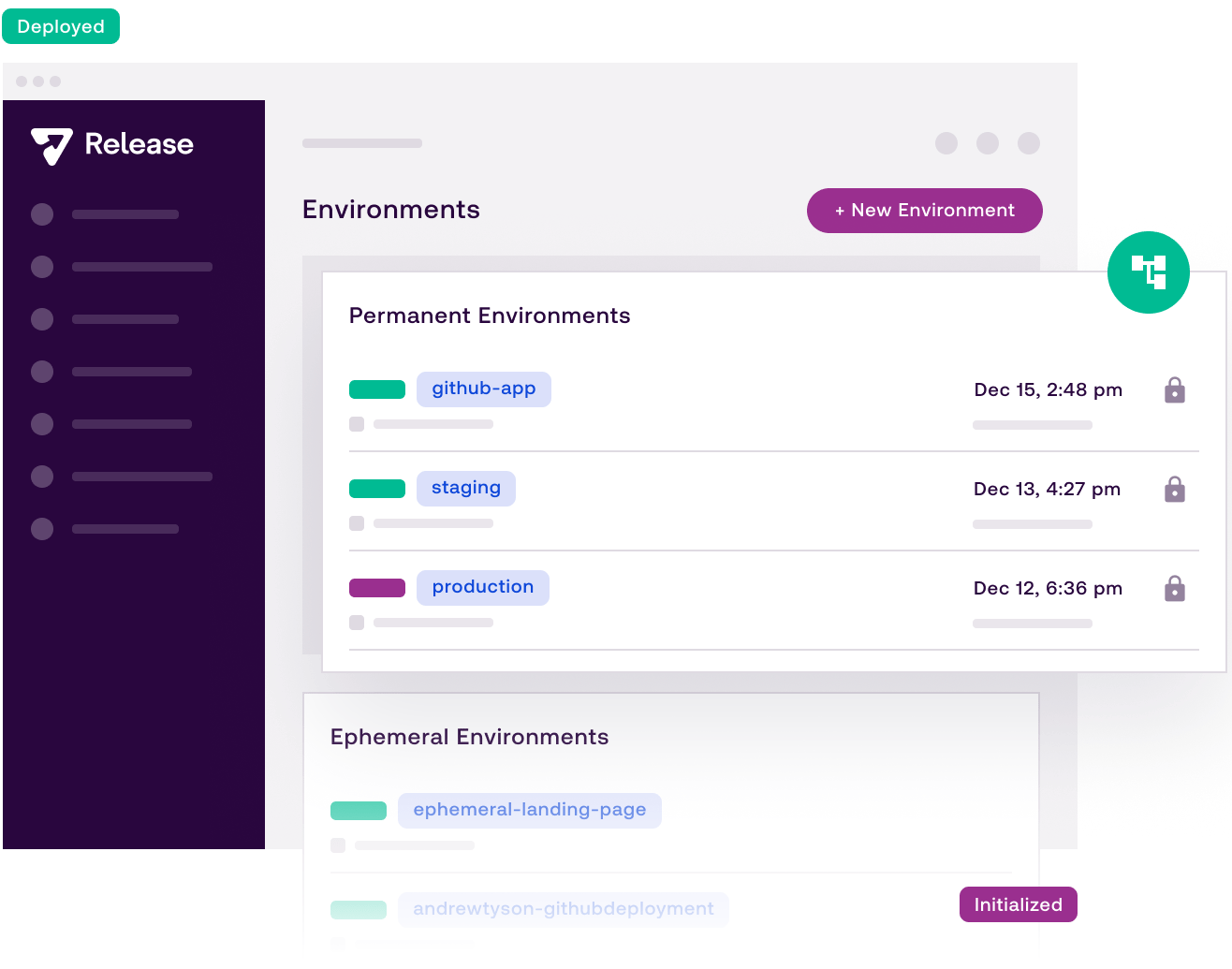 EaaS is somewhat related to the more familiar platform-as-a-service (PaaS) cloud computing concept, in that it helps developers focus on their apps and not worry about the complexity of building and maintaining the infrastructure such as servers, storage, networking, development tools, and databases. However, companies typically have to build something themselves in-house using a combination of tools such as Rancher, Harness, and Spinnaker, or use an integrated solution such as Heroku or Amazon’s Elastic Beanstalk.

The build-your-own approach requires significant resources in terms of engineering talent and time, while most of the vendor-led solutions don’t offer the extensibility and flexibility a company needs as they grow — developers are limited by whatever the vendor decides to support in terms of third-party integrations and add-ons.

ReleaseHub, on the other hand, promises no infrastructure limitations, as it runs entirely within the customer’s own AWS or GCP accounts. “If a customer were to leave ReleaseHub, their infrastructure would remain theirs, along with any and all artifacts ReleaseHub created to produce the environments,” McClung said.

Interestingly, McClung also noted that some organizations are already migrating from Heroku onto ReleaseHub.

“ReleaseHub provides a developer experience that’s delightful like Heroku’s, but allows the organization to take advantage of everything the cloud provider has to offer, without compromise,” he added.

Founded out of San Francisco in 2019, ReleaseHub entered the Y Cominbator (YC) Winter 2020 batch and shortly after raised a $2.7 million seed round of funding led by Sequoia and officially exited beta. The company’s latest series A round was led by CRV, with participation from Sequoia, YC, Bow Capital, Artisanal Ventures, Hack VC, and a slew of angel investors.