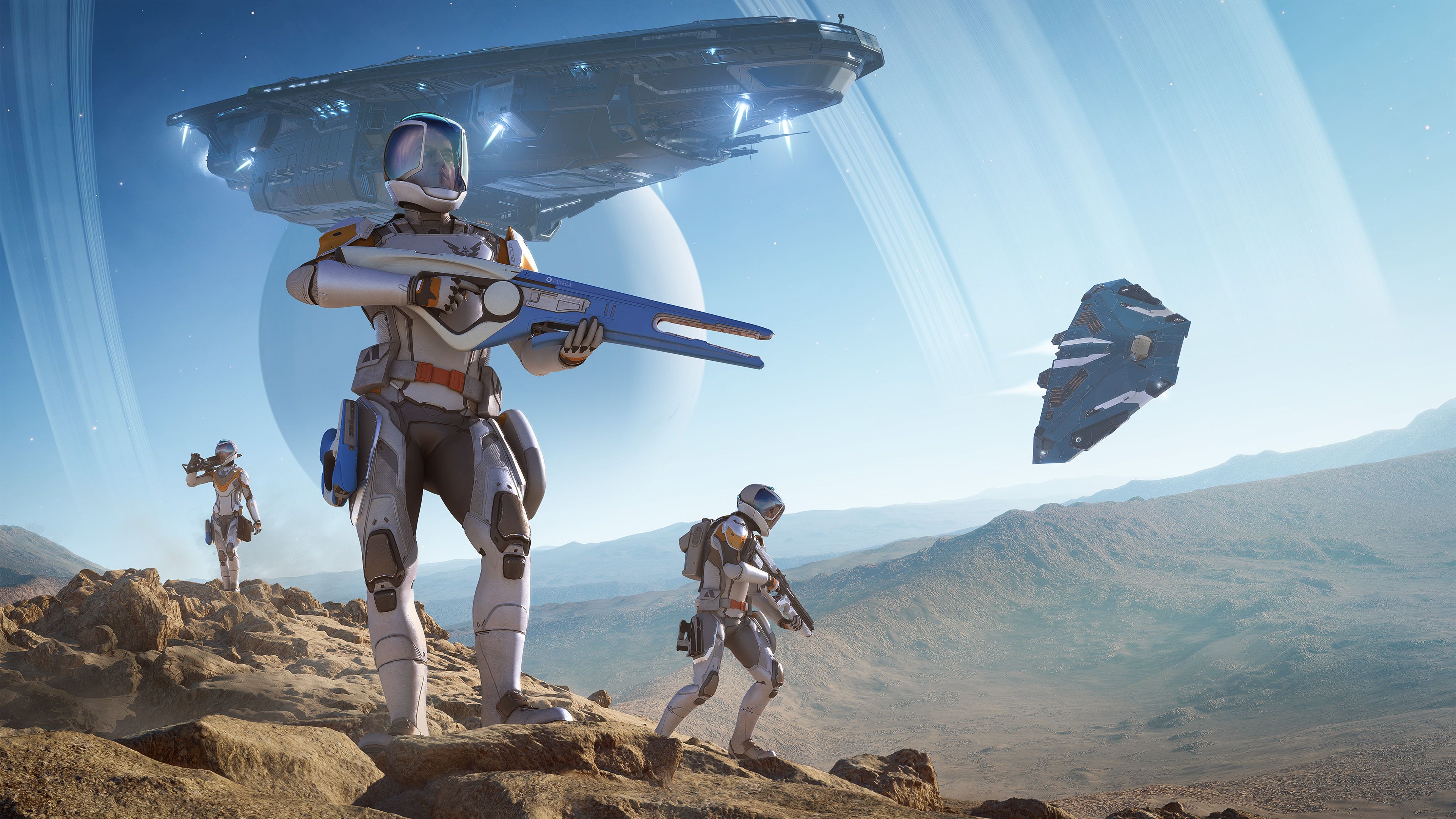 Following the release of the Elite Dangerous Odyssey expansion, the head of Frontier has apologised for the state it’s in on PC.

Elite Dangerous Odyssey was meant to do a lot of things. The ability to actually leave your spacecraft and explore planets on foot, new social hub areas, and supposedly endless mission variety were all promised for the expansion to the beloved space trading simulator.

But after releasing less than a week ago, the expansion was met with a flood of negative reviews from angry fans. Not because it failed to meet its promises but because of myriad bugs and poor performance on even high-end PCs. The expansion costing £29.99 probably didn’t help either.

Recently, David Braben, the CEO of developer Frontier and director of Elite Dangerous, took to the official forums to issue an apology, following the release of one hotfix and ahead of a second hotfix coming soon.

‘With our first hotfix now released and another one arriving very shortly,  I wanted to take a moment to address the wider community feedback and reports regarding performance issues, server outages, and bug reports within Elite Dangerous Odyssey,’ he wrote.

‘First and foremost, I would like to apologise wholeheartedly to those who have been suffering from these problems.  I would like to reassure you that we take these issues very seriously and that they are our top priority and focus.

‘Our second hotfix will be released very soon, which we hope will address more of the reported bugs and bring further stability improvements into the game.  We will continue to work on updates which will resolve more bugs and improve stability further.’

The responses from fans appear to be mostly positive, with many thanking Braben for addressing the problems. Some are quick to mention other issues that need fixing besides the performance, such as the interface.

Currently, even with the first hotfix out, reviews for Elite Dangerous Odyssey on Steam are mostly negative. At the time of writing, only 31% of the 3,316 user reviews are positive.

A massively multiplayer online game, Elite Dangerous drops you in a huge galaxy with only a small starship and tasks you with accruing more wealth and power in whichever way you see fit.

Elite Dangerous is available on Xbox One, PlayStation 4, and PC.