Somewhere in a dusty cupboard, probably in my parent’s house, there sits a USB stick with a multi-year Dwarf Fortress project on. I first played Dwarf Fortress in 2008, two years after its initial alpha release, after someone on a gaming forum told me a story about a killer fish in their colony. Dwarf Fortress bamboozled me. I had never seen anything quite like it, and when I ventured out into the now-deceased forums and Ventrilo servers to find out more about the game, I was bombarded with text files three-hundred pages long and more stories about the bizarre bugs that have now become iconic.

Dwarf Fortress is more than just a game, and I mean that in the least pretentious way possible. It is a living thing, a simulation that goes beyond the intentions of its creators, brothers Tarn and Zach Adams. It’s a game that nurtures its mistakes and famous bugs to create stories that only you have ever possibly experienced. A personal favourite was the bug that made it so your dwarves and goblins would melt in the rain—they’d get covered in water, the temperatures would skyrocket, and then their body fat would start to melt because of the heated water. Ridiculous, brilliant, bizarre.

There are more, many more. Well-documented bugs include the infamous killer carp. A bug in the way skills developed meant that anyone, and anything, could infinitely increase their stats simply by swimming. This heralded the mega carp that could destroy entire fortresses and reset your dwarves back to the Stone Age. A lovely and poetic bug caused the game to crash repeatedly—the mountains tried to make music, but they had no instruments, or mouths, so the game would just die. I could go on for days about the weirdness of Dwarf Fortress, but you can read about some of the best bugs in the game here.

Now, at last, I don’t need to rummage around for old USB sticks or boot up the Dwarf Fortress launcher. The game is coming to Steam on December 6th, just in time for the Christmas holidays. In a year when I’ve enjoyed other colony simulators like Songs Of Syx and Manor Lords, Dwarf Fortress arrives precisely when it needs to, to take the crown and likely saunter its way onto my Game of the Year list. I don’t need to question that. This is Dwarf Fortress, but with a new lick of paint. 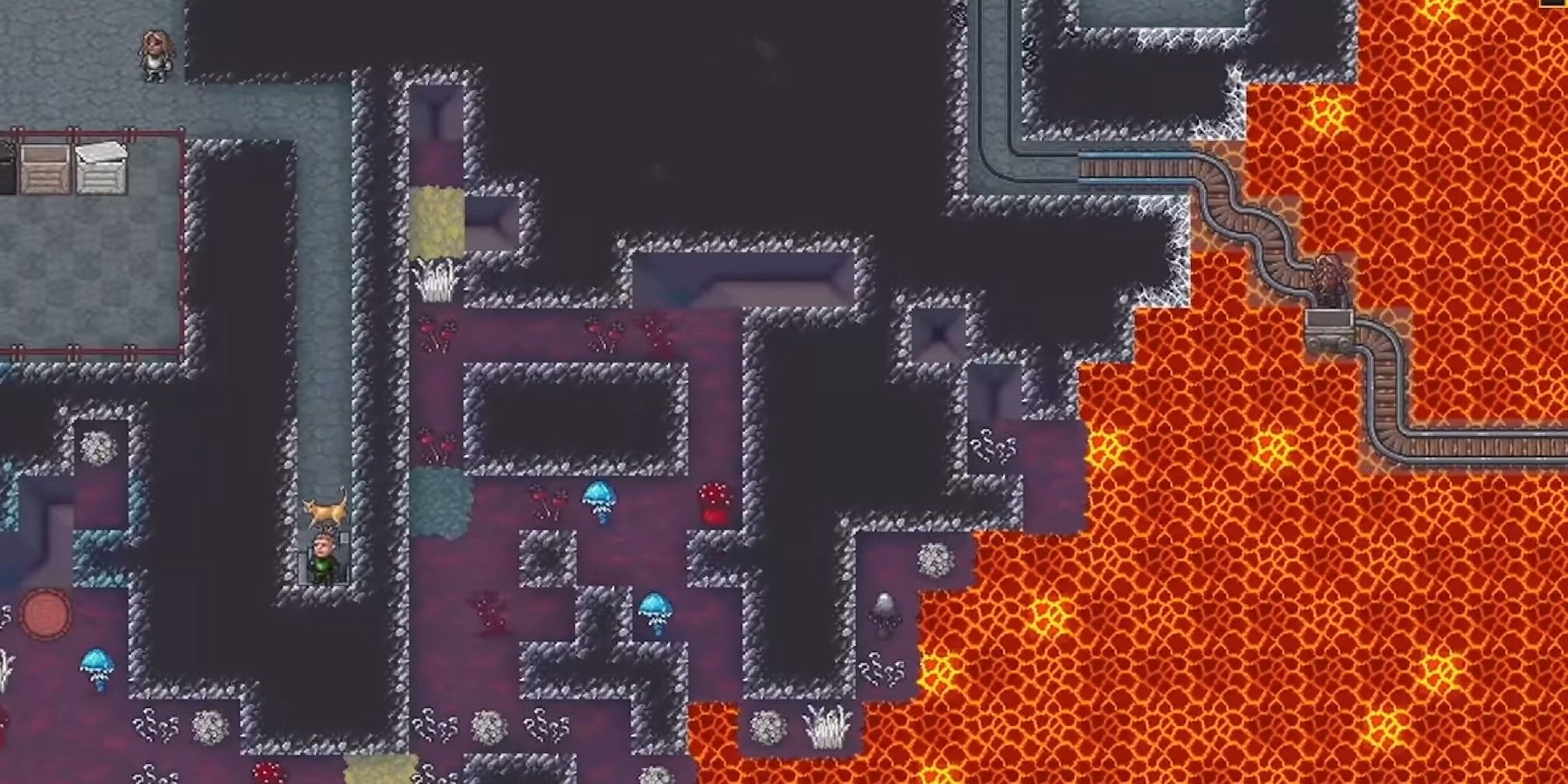 It was always the art style that was off-putting for those who had never played Dwarf Fortress before. A series of shapes and letters and numbers. That was all the indication you ever had of what was happening in your evolving world. It makes the fantastical stories even more outstanding when you realise those players were inferring all that nonsense from just a few shapes on the screen. Steam’s version comes with an entirely reworked aesthetic, including actual trees, rivers, and dwarves. There’s also new music.

Dwarf Fortress is also notoriously opaque. I’ve played on and off for almost 12 years and I still believe I’ve barely scratched the surface of what is possible in this game. Sometimes I won’t even make it past the first goblin raid, and I would consider myself a relative veteran of the game. Its revamped tutorials, however, will introduce a new generation to Dwarf Fortress, and it’ll be easier than ever to play via Steam. Expect to lose a lot, though. This is not a forgiving world. Your dwarves will lose their minds, plague will rock your dirty halls, and hideous monsters will rise up from the darkest pits. It’s the original colony roguelike.

Dwarf Fortress is brutal and fascinating. A labour of love for its two developers over the course of twenty years, the game may never be ‘finished’ exactly, but this Steam release is the closest version to a polished product we’ve ever had. I don’t expect the updates will end here, there’s always something else to be added to the dwarven universe, but this is the best possible time to play. If you’ve ever dabbled in colony simulators or just want to discover some of these wild stories on your own, I highly recommend you check out Dwarf Fortress on Steam.