When playing a spellcaster in Dungeons & Dragons, players have several class options that each come with their own strengths and weaknesses. While the Warlock class has access to far fewer readily available spell slots than the other spellcasters in the game, it is the only class that has immediate access to what is often lauded as the strongest cantrip in the game:

Eldritch Blast. Flexible and potent, Eldritch Blast effectively functions as a customizable ranged attack that never runs out of ammo and grows in power over the course of the game. Due to various Eldritch Invocations and feats, Eldritch Blast is often far more potent than one may first anticipate when reading its effects and damage. So today we're going to delve into everything you need to know about Eldritch Blast so your Warlock can get the most out of this incredible Cantrip! 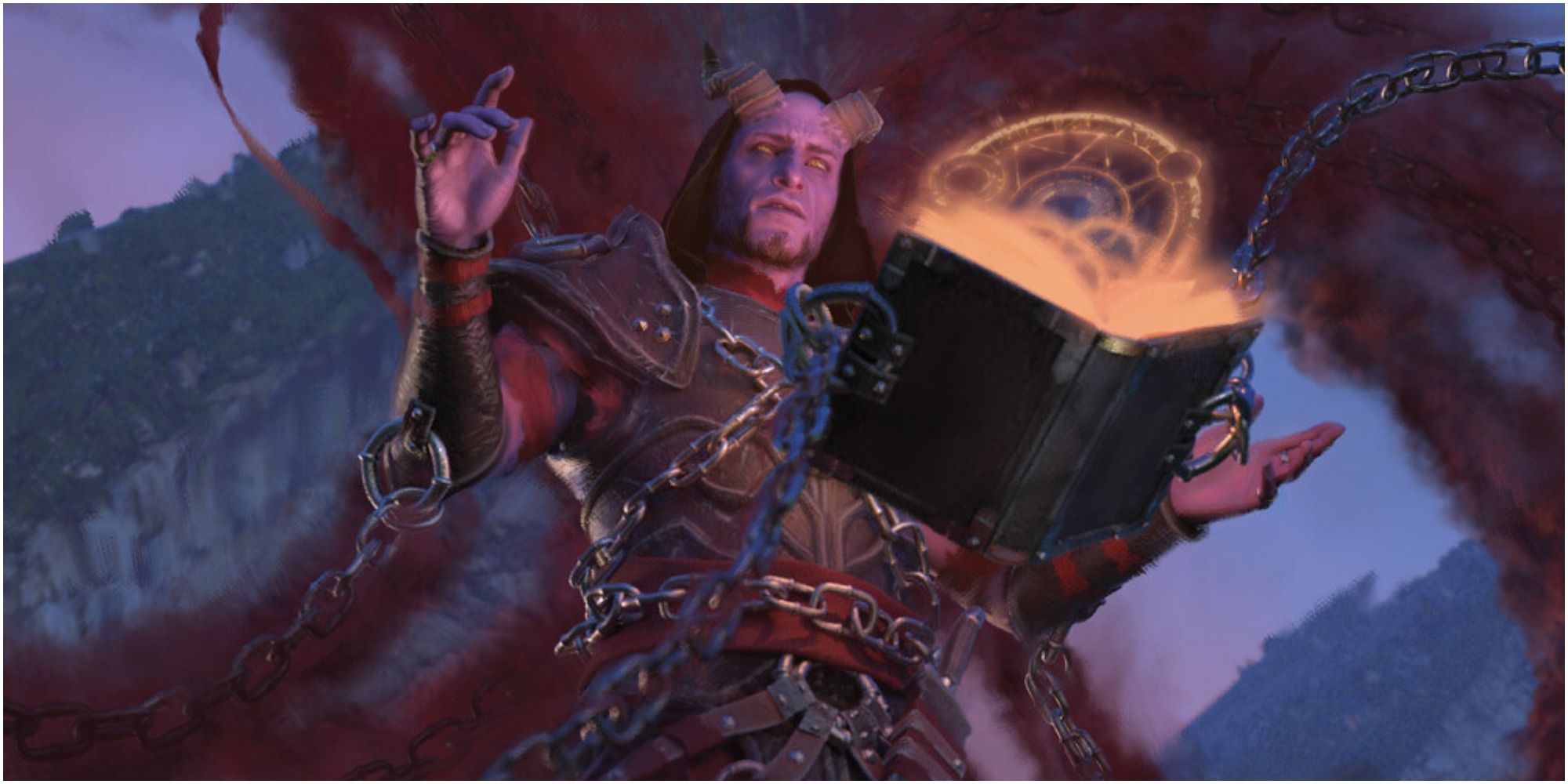 By default, Eldritch Blast is a Cantrip with a respectable 120-foot range, causing its caster to make a ranged spell attack that fires a beam of energy to deal 1d10 force damage. At levels five, eleven, and seventeen, whenever the spell is cast, it fires an additional beam, with each respective beam requiring its own ranged spell attack.

This scaling is quite good, meaning that without requiring any resources, a character can access several ranged spell attacks in one turn, each dealing 1d10 on a hit. Additionally, as force damage is one of the least resisted damage types in the entirety of D&D, very few targets will be able to resist or negate the damage of an Eldritch Blast. 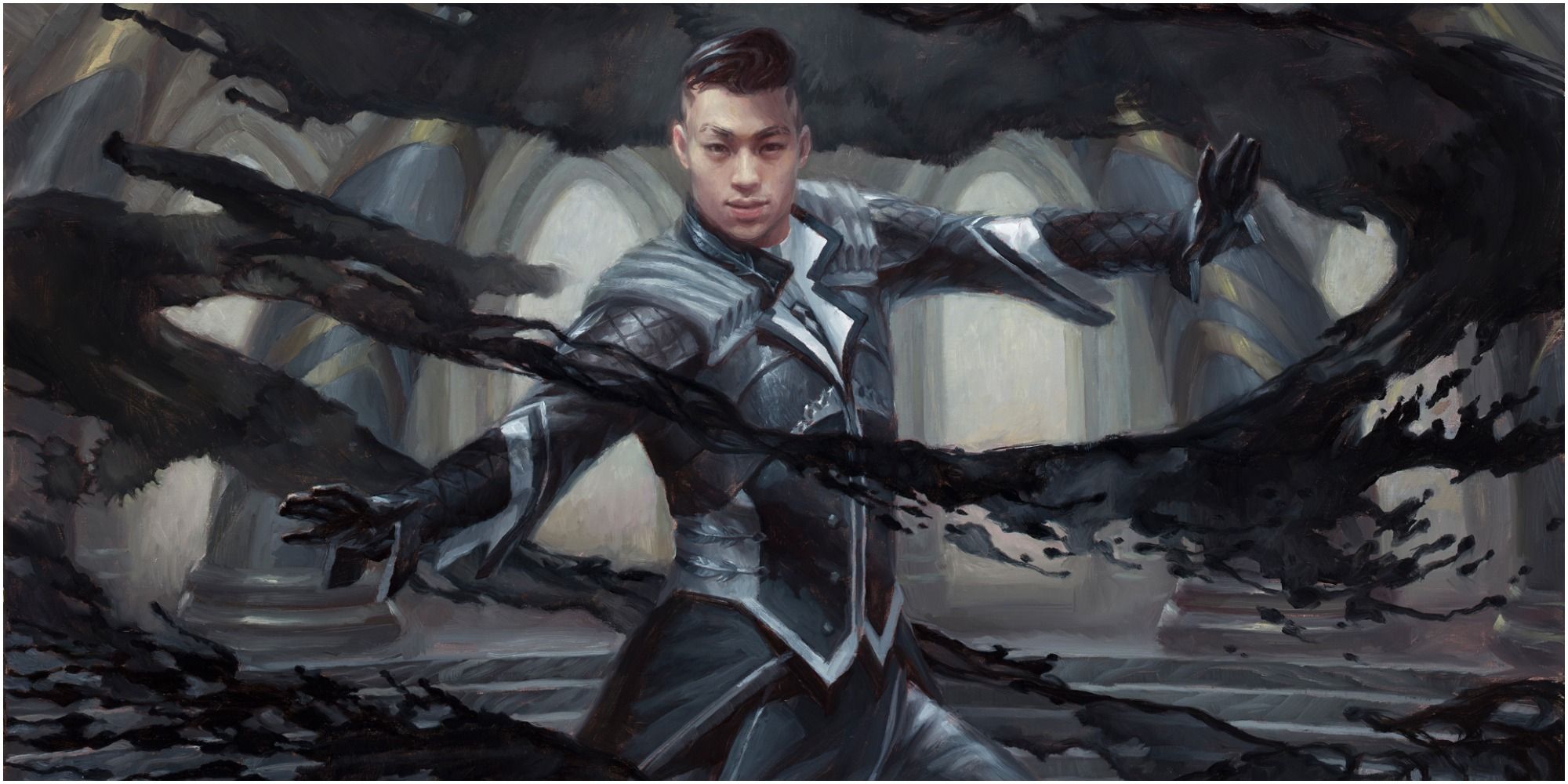 Agonizing Blast is easily one of the most important Eldritch Invocations for Warlocks that plan to frequently cast Eldritch Blast. Incredibly straightforward, this invocation allows a Warlock to add their Charisma modifier to damage dealt by Eldritch blast. This greatly increases the damage output of a Warlock, scaling quite well over the course of a campaign as a Warlock gains additional beams. 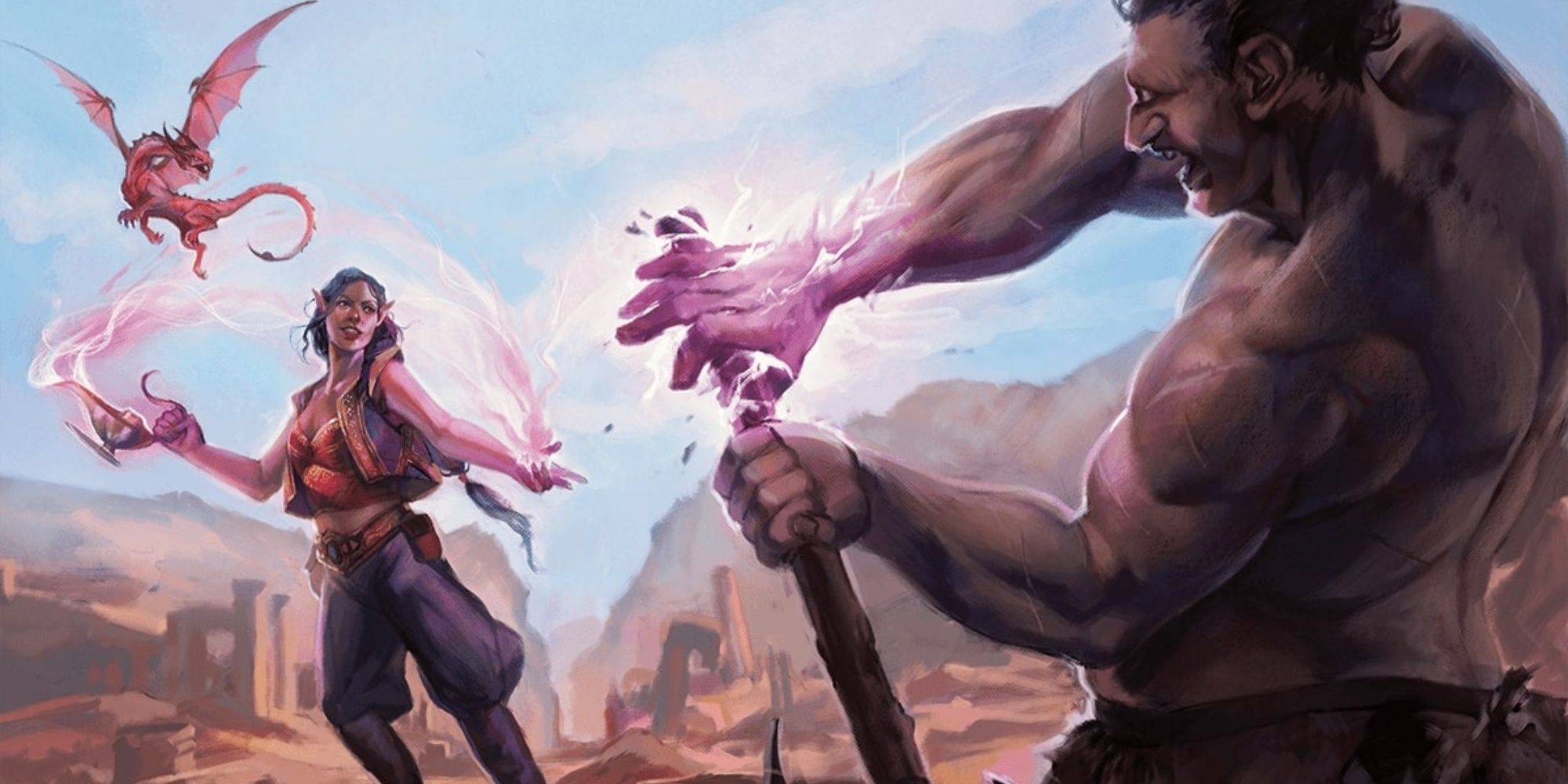 For those looking to keep their Warlock out of harm's way by relying on long-range combat, Eldritch Spear is an Eldritch Invocation that is a must-have. This is because this Invocation more than doubles the range of Eldritch Blast, increasing from a respectable 120 feet to a staggering 300 feet.

This allows a character to use their Eldritch Blast with the range and precision of a sniper, pairing in incredible fashion with races with flying potential such as the Aarakocra and the recently added Fairy. 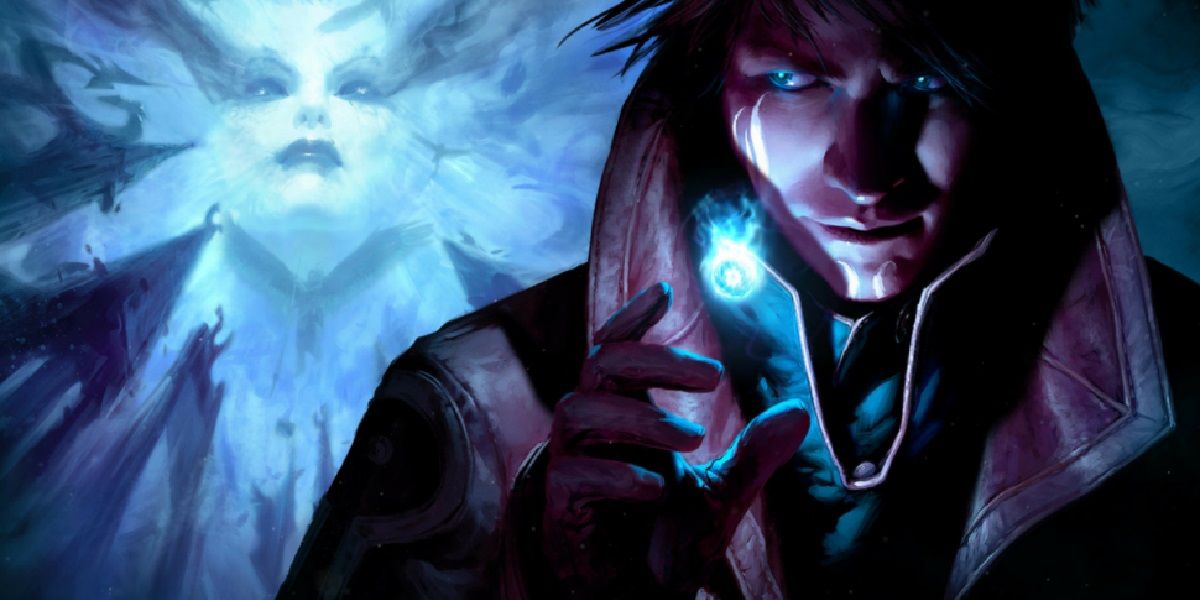 Grasp Of Hadar is a solid Eldritch Invocation option for Warlocks such as Hexblades and Pact of the Blade Warlocks aiming to blend spellcasting with melee combat. This is because this Invocation states that once on each of that Warlock's turns, when they hit a creature with an Eldritch Blast, they can cause that creature to be pulled ten feet closer to the caster. 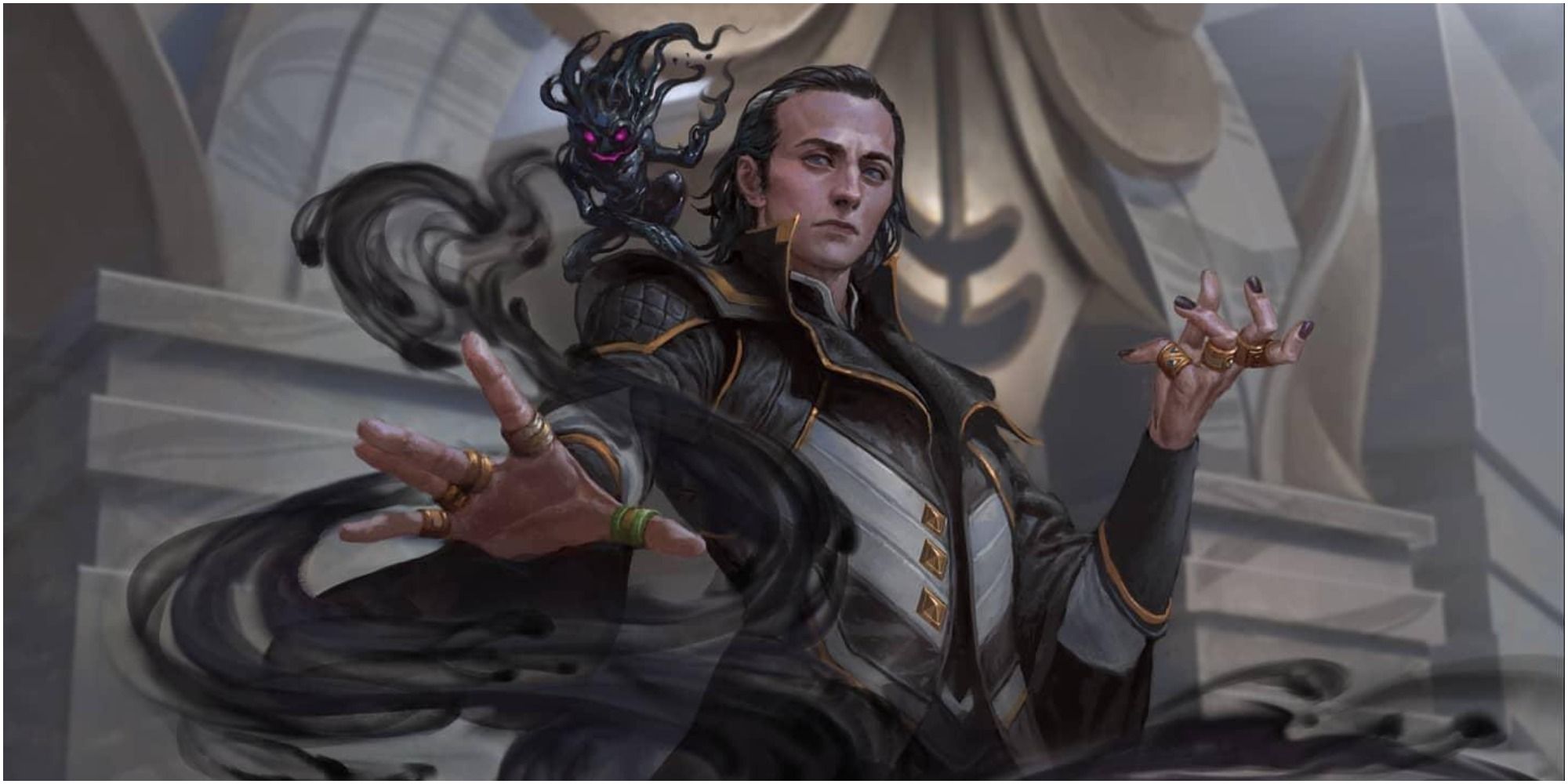 Similar to Grasp of Hadar, Lance of Lethargy is an Eldritch Invocation that offers an augmentation to one's Eldritch Blast that only triggers once per turn. Upon hitting a creature with an Eldritch Blast, this Invocation allows its caster to reduce the target's movement speed by ten feet until the end of the target's next turn. This can greatly hinder a foe that may be trying to flee.

It's also worth noting that this ability pairs quite well with the Tentacle of the Deep ability of Fathomless Warlocks, which is capable of reducing a target's movement speed by ten feet as a bonus action. When paired together, this can greatly hinder foes, reducing their movement speed by 20 feet. 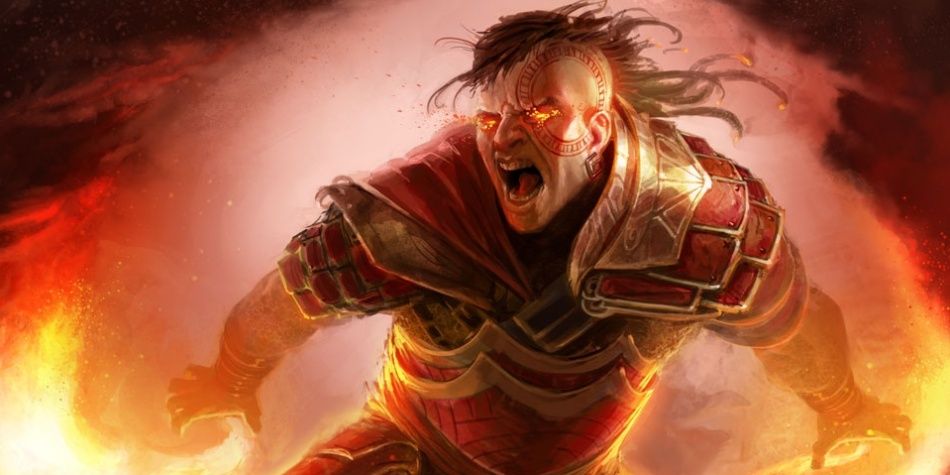 A great option for keeping foes at bay, Repelling Blast is an Eldritch Invocation that causes a creature to be pushed back ten feet in a straight line whenever they are hit by an Eldritch Blast.

Unlike the last two Invocations, this effect can in fact trigger several times within a single turn, meaning that if a single creature is successfully hit by several beams in one turn, they could be pushed ten feet per beam. For those looking to play a ranged caster that aims to stay out of harm's way, this can be a great option for keeping one's foes away. 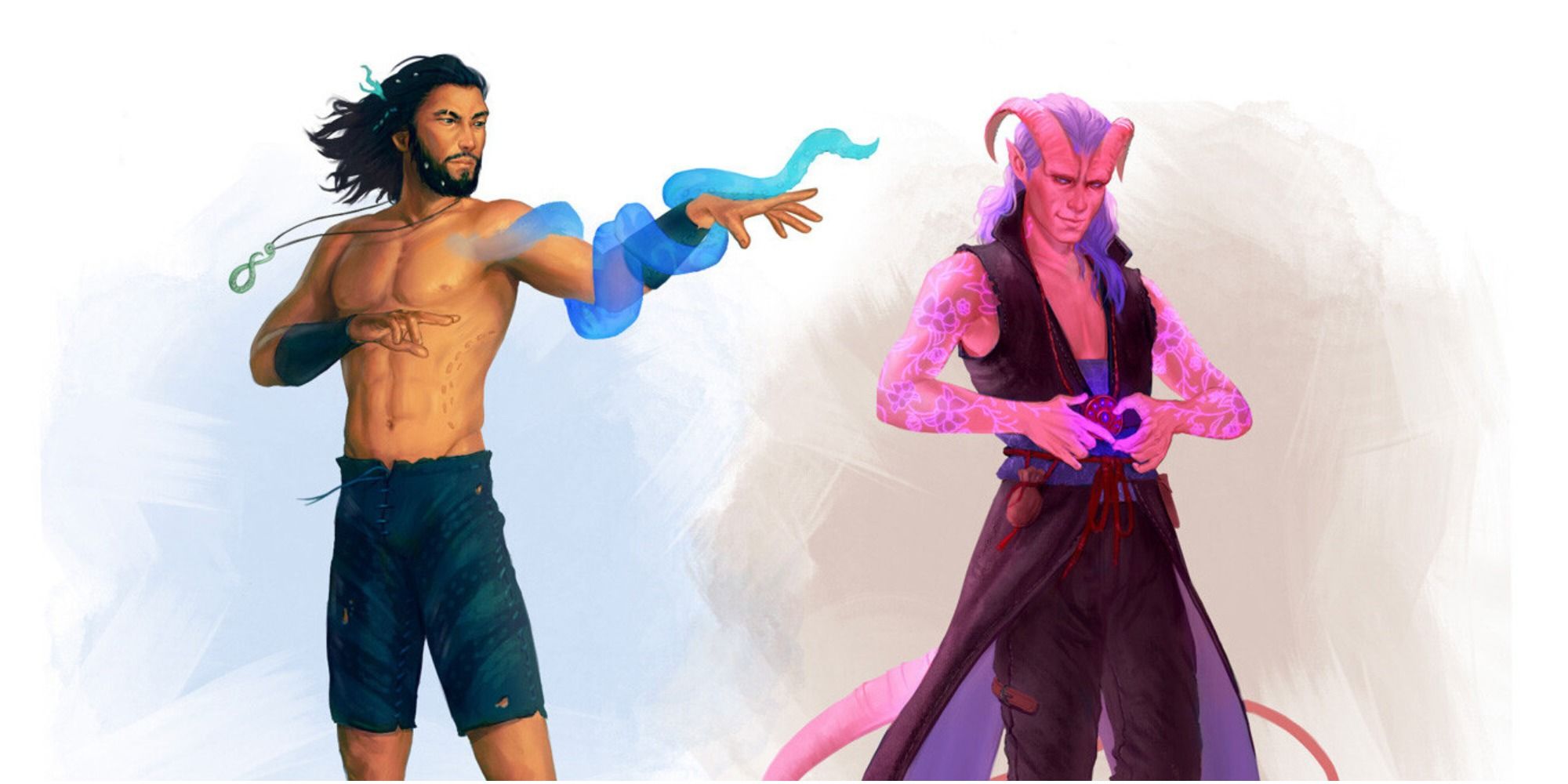 There are several great feats that can pair quite well with Eldritch Blast, allowing the cantrip to provide even more value. Once such Feat is Spell Sniper, a feat based around ranged spells. Whenever a character with this feat casts a spell that causes them to make a ranged spell attack, the spell's range is doubled. This effectively offers an effect comparable to that of Eldritch Spear, even stacking with Eldritch Spear to provide the excessive range of 600 feet for those who truly want to stay as far from harm as possible.

Additionally, this feat has the added benefit of causing ranged spell attacks made by a character to ignore half-cover and three-quarters cover, making it easier to deal with trickier to hit targets. It's also worth noting that this feat allows a character to gain one cantrip that requires an attack roll, meaning that it can be used to give a non-warlock character access to Eldritch Blast. 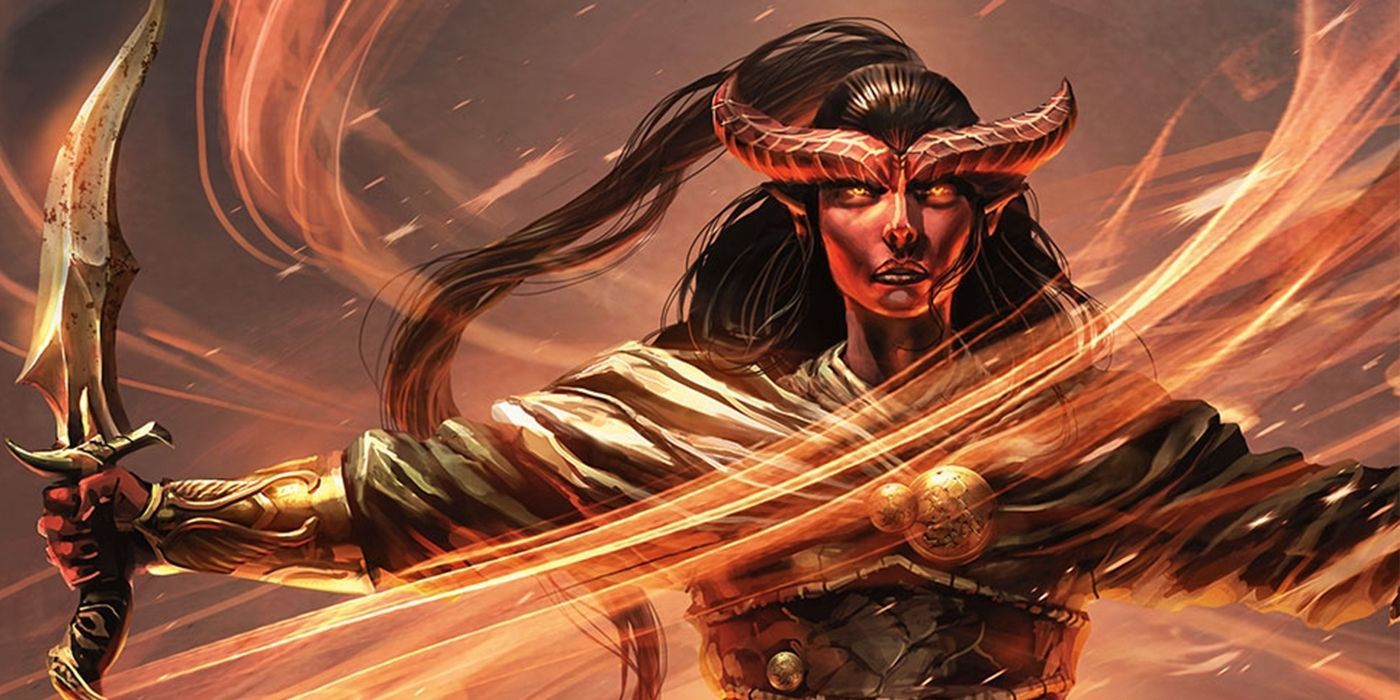 Introduced in Tasha's Cauldron of Everything, Eldritch Adept is a feat that allows a character to gain one Eldritch Invocation as long as they meet that Invocation's prerequisites. This means that if a character is looking to upgrade their Eldritch Blast as quickly as possible, they could hypothetically use this feat to gain one of the previously mentioned Invocations that augments the cantrip.

Additionally, as these Invocations are otherwise exclusive to Warlocks, this feat can also be used in conjunction with the previously mentioned Spell Sniper feat to provide a non-warlock with Eldritch Blast with a path to accessing augmentations for their Eldritch Blast that they wouldn't have otherwise. 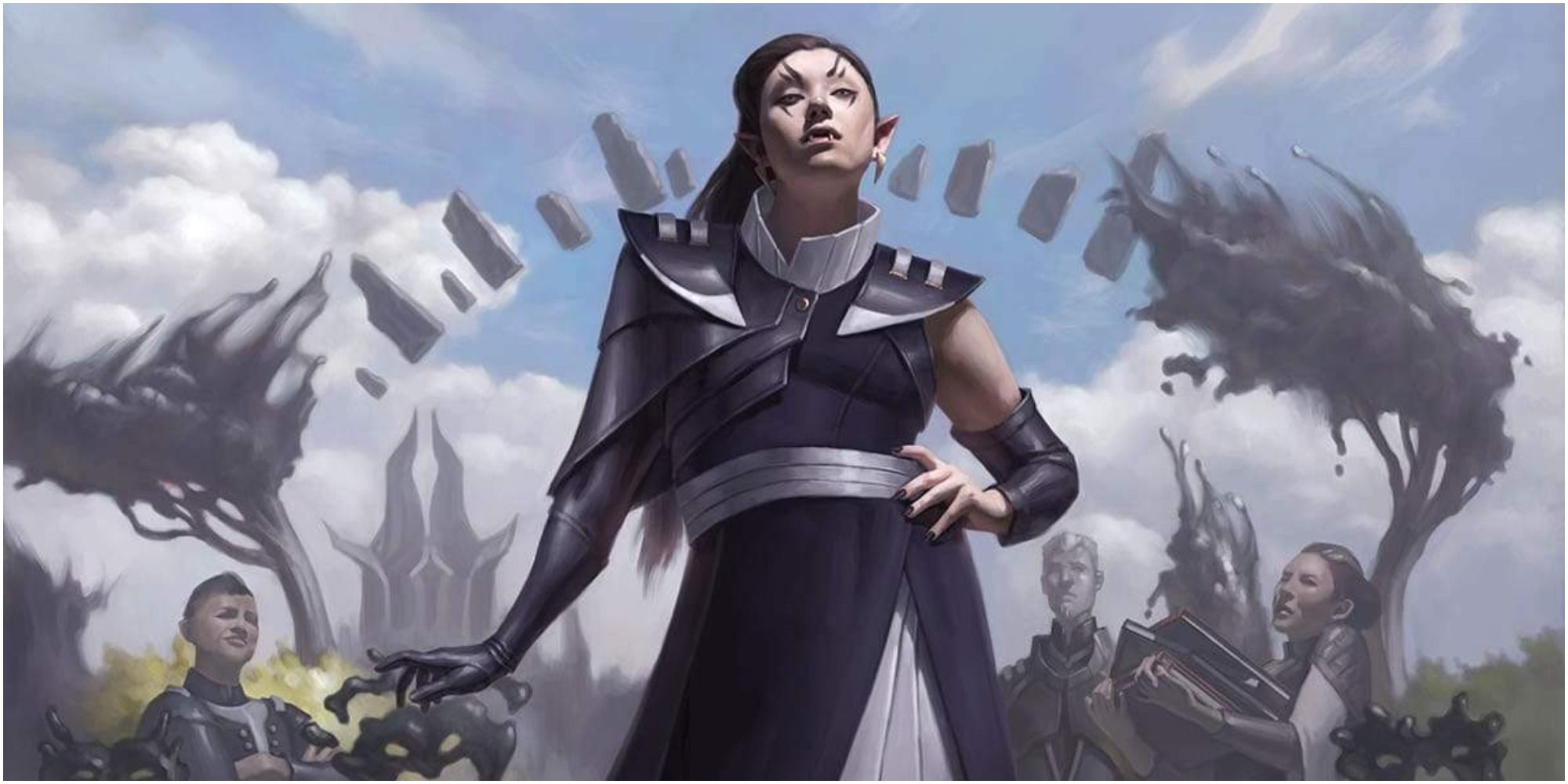 Metamagic Adept is another great feat introduced in Tasha's Cauldron of Everything, providing a character with two sorcery points and two Metamagic options which are normally only available to sorcerers. While there are several great options that can be used in a wide variety of ways, several Metamagic options can help improve one's Eldritch Blast. While the Distant Spell option can double the range of a spell, Seeking Spell can reroll a spell's roll to hit, and Empowered Spell can be used to reroll a spell's damage dice.

For those looking to produce as many Eldritch Blast beams as possible within a single round, the Quickened Spell Metamagic option can be utilized to allow a spell with a casting time of one action to be instead cast as a bonus action. This means that via Quickened Spell, Eldritch Blast could be cast twice within the same turn, or it could be cast in addition to another damaging spell at a Warlock's disposal. 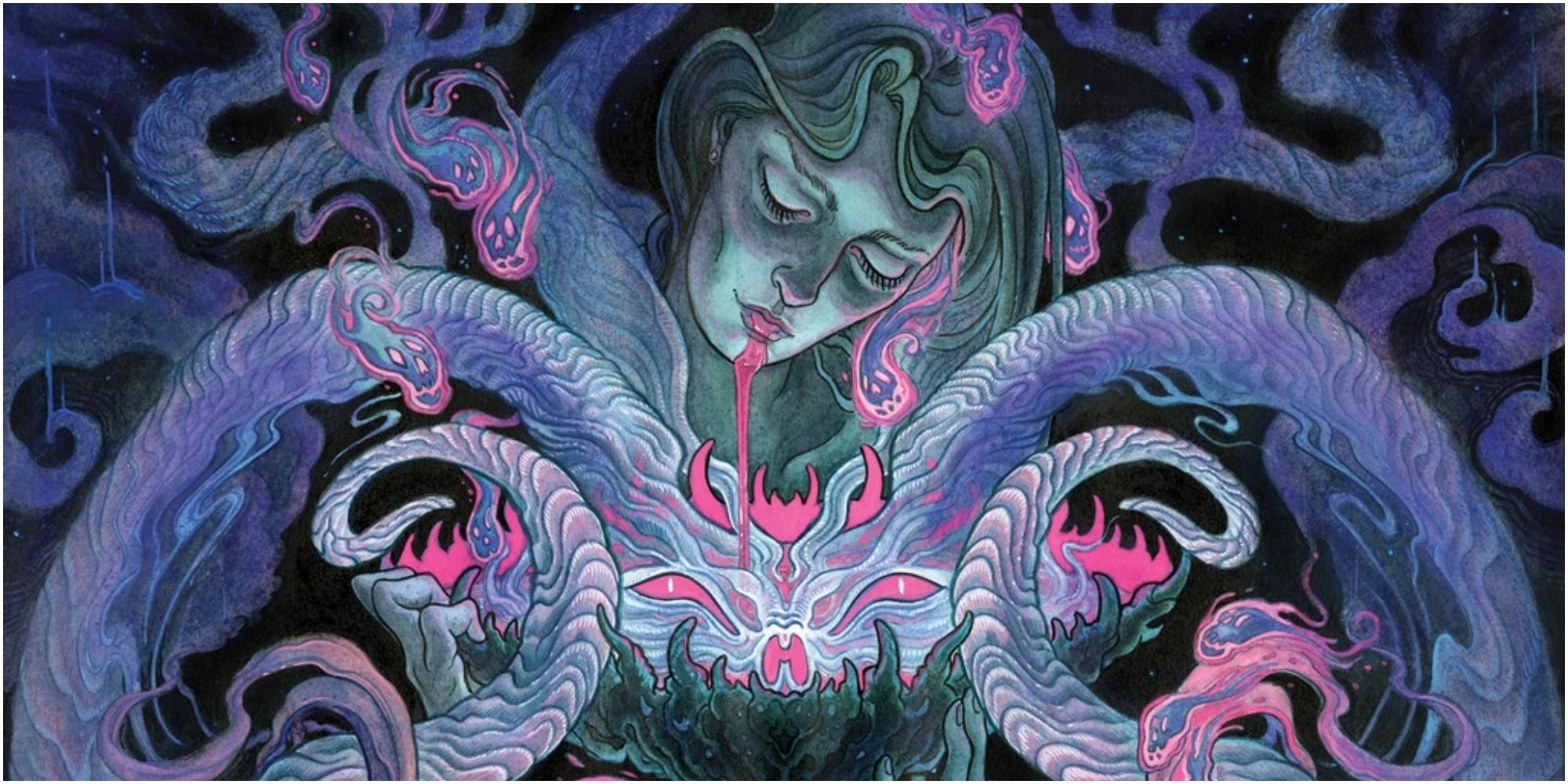 It's hard to talk about Eldritch Blast without bringing up Hex. Like Eldritch Blast, Hex is a spell that is normally exclusive to Warlocks. A first-level spell that can be cast as a bonus action, Hex can curse a creature within 90 feet of the caster, causing them to make all skill checks of a chosen ability score at disadvantage.

More importantly, as long as a creature is cursed this way, whenever the caster deals damage to that creature, they sustain an additional 1d6 necrotic damage. As Hex has no saving throw and causes the target to sustain this damage every time they're hit by the caster, it can substantially raise the damage output of a Warlock as they pelt a target with Eldritch Blasts.