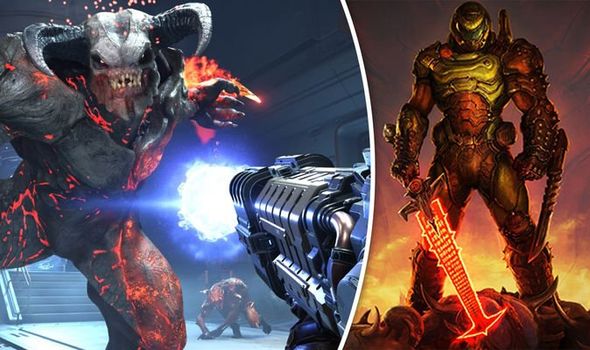 A sequel to the 2016 Doom reboot, Doom Eternal sees players return to Earth in order to stave off a demonic invasion.

It features the same gore-tastic gameplay that has made the series such a firm favourite among fans, only with a more diverse selection of environments and even more weapons.

Speaking of which, Bethesda has revealed the secrets of the weapons and gameplay tips for Doom Eternal.

Making a triumphant return in DOOM Eternal, the Plasma Rifle has undergone a redesign taking inspiration from the plasma gun found in the original DOOM. The perfect weapon for crowd control – and that’s something you’ll need a lot of in DOOM Eternal – the Plasma Rifle can vaporise waves of lesser demons as though they’re nothing more than sacrificial pawns on a chessboard.

Brand-new modifications include the Microwave Beam that hits enemies with a concentrated beam of plasma energy until they violently explode. The Heat Blast modification, meanwhile, allows you to collect heat as you fire the Plasma Rifle and expel it as back as a powerful energy attack to clear enemies from a small radius in front of you. Like returning an unwanted Christmas present, just with less guilt and more glee. 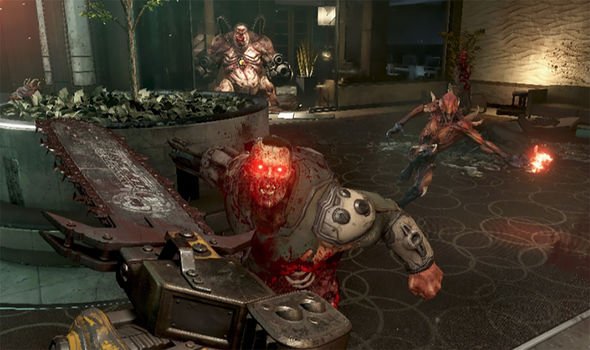 In most video games, when you’re faced with a never-ending legion of demonic bad guys, the smart thing to do is hide behind some cover, fire a few rounds, then hide again. DOOM Eternal isn’t most video games. In Bethesda’s latest instalment, if you find yourself running low on ammo, health or other important resources, the best way to replenish these is to pull out the infamous chainsaw and start to mutilate the demons around you, painting the walls (and floor, ceiling, etc) with their guts.

Often referred to as The Great Communicator, the chainsaw is a returning melee-based weapon that has appeared in every title in the DOOM franchise. When a gun just feels simply too painless and impersonal for the suffering you want to cause, a mobster turns to a knife, while the Slayer unpacks his chainsaw – approximately 20 times the size and a million times more bloodthirsty.

The Combat Shotgun is the first weapon equipped in DOOM Eternal and in a world where everything feels alien with a surprise waiting around every corner, a weapon lifted straight from DOOM (2016) is the reassuringly familiar to the Slayer (and returning players).

The fan-favourite weapon can now be modified with sticky bombs to engage multiple enemies at once with explosives, while Full Auto turns it into a full-blown full-auto Gatling-style shotgun to deal massive damage up close if you’ve no time for foreplay. The standard ammunition is not to be sniffed at either – very few things can match the satisfaction of turning demons into plumes of blood, ichor and chitin after they take some faithful buckshot to the face.

The Rocket Launcher does exactly what it says on its rather destructive tin. When bullets are just too mundane or balls of super-heated plasma feel a bit tedious, firing exploding projectiles from long-range at any demon fast approaching you when you’re not in the mood for small talk is guaranteed to make you smile.

Modifications include Remote Detonate for precision kills, and the heat-seeking Lock-On Burst fires multiple homing missiles on hapless enemies who have no choice but to await their fate. Don’t be too hasty with the trigger finger though and make sure you stay out of the blast radius as you can deal some substantial damage to yourself too.

The Chaingun is a rapid-firing, multi-barrelled automatic weapon that’s exactly as destructive as it sounds, but now it’s as much style as substance – if the fiery depths of Hell were a runway, the Chaingun’s all-new look in DOOM Eternal wouldn’t look out of place as an accessory at the Underworld-equivalent of Fashion Week.

Great for tearing the bigger demons apart at medium range, the Mobile Turret modification returns to the fray with four (FOUR!) sets of barrels for maximum firepower. An Energy Shield modification blocks attacks so the Slayer can keep going for longer…imagine the Duracell Bunny armed with a multitude of massive weapons and killer body armour. Yeah, that. 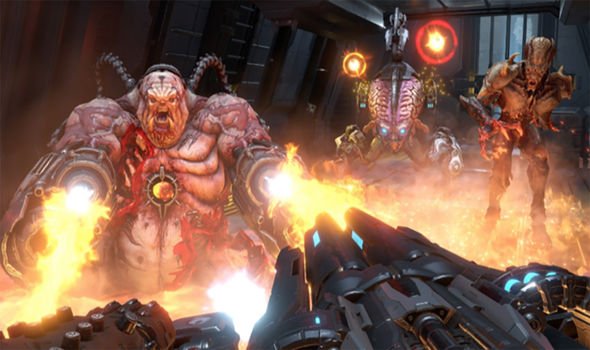 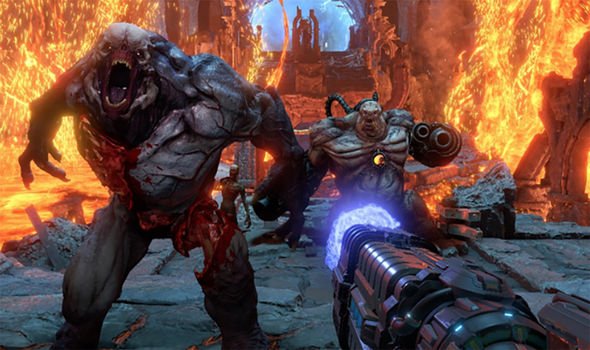 The Heavy Cannon is a brand-new, multi-purpose semi-automatic rifle in DOOM Eternal built for both delicacy and maximum violence.

Modifications include Precision Bolt for sniper-like accuracy, providing one shot for extra damage to a weak spot like a metaphorically mighty kick to a demon’s nether regions. Using the Heavy Cannon, the Slayer can even disarm some of his greatest foes, as Revenants can kiss their rocket launchers goodbye and Arachnotrons get their cannons knocked off.

When caution has been thrown to the wind, the Heavy Cannon is capable of bursting fire with four shots in a row and comes with six micro missiles on both sides of the gun capable of bringing any demon to its knees. The Swiss Army knife of DOOM Eternal, but good luck finding pockets big enough to carry it around in!

Bigger. Better. Badder. The BFG 9000 makes a powerful comeback in DOOM Eternal, firing large balls of green plasma to build on its reputation as the most feared weapon in the game (and one of the deadliest weapons in the history of FPS games). The initials composing the weapon’s name officially stand for “Bio Force Gun” but is commonly referred to simply as the “Big F**king Gun” and for very good reason.

Much less friendly than Roald Dahl’s creation, but equally as unsubtle if you’re trapped in a tight corner of the room, the BFG is the go-to gun when every demon in a room simply *has* to be destroyed and only absolute carnage will do.