Id Software has shown an immense passion for the Doom franchise with their recent reboot of the series in 2016. With Doom Eternal’s recent release, many hardcore fans have found references to past games that show this passion tenfold.

Doom 2016 was no stranger to references, either. Hidden levels from the original games and cheeky references to external lore helped cement that game as one of the best FPS titles ever made. Id took this to a whole new level with Doom Eternal, containing even more references and jabs at previous games. Here are 10 things in Doom Eternal only fans of the previous entries noticed. This article contains spoilers for Doom 2016, Doom 64, and Doom Eternal. 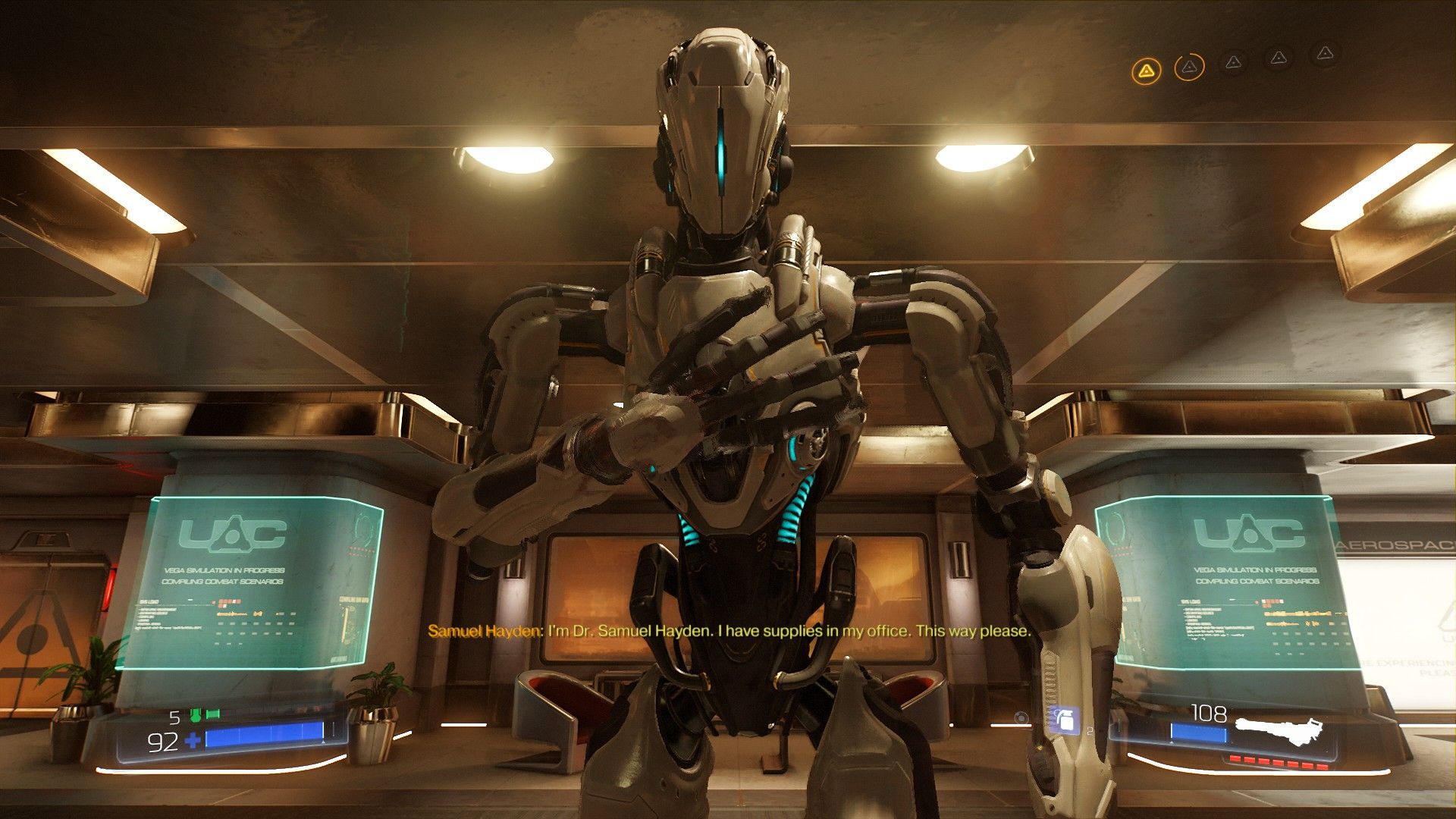 Samuel Hayden is a returning character from Doom 2016, still continuing his scientific research to better humanity. While he used that to justify a demonic invasion in the previous game, he is now a resistance fighter.

After taking the Crucible from the Doomslayer, Hayden seems to have spent much of his effort researching its effects and the history of the demons. Once players meet him later in the game, his knowledge of demonic ruins and the Doomslayer’s history is staggering. He will seem like a random character to newcomers, but veteran players will instantly recognize his much more robust knowledge of the Doom mythos. 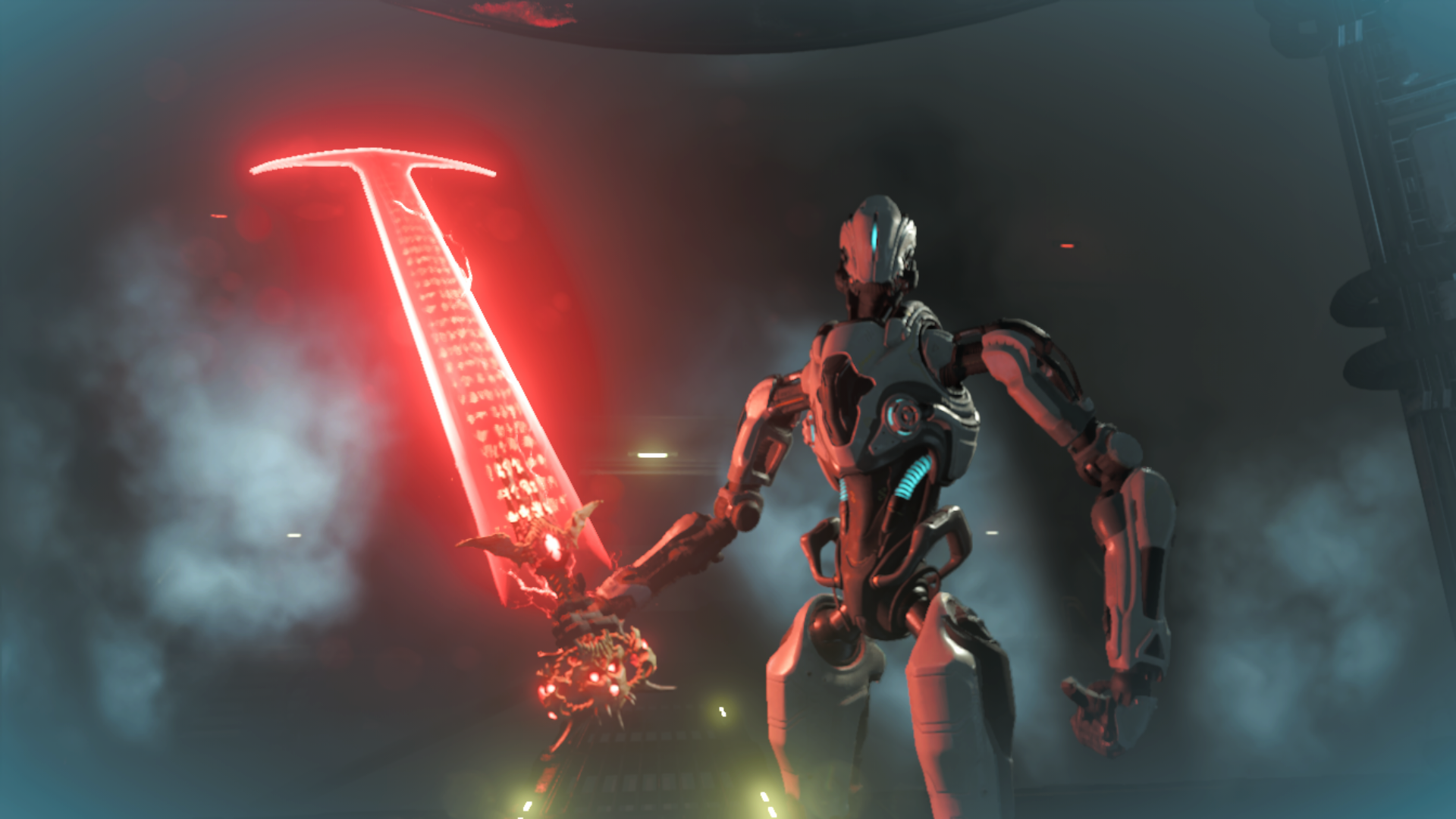 This giant rune-ridden sword was one of the final objects players collected in Doom 2016. It served no purpose in that game other to progress the plot.

That has changed in Doom Eternal, this time properly utilized as a power melee weapon. Capable of slaying the Icon of Sin itself, The Crucible is a powerful energy sword that can instantly kill nearly every enemy in the game. Considering the weapons hype in previous games, it’s amazing to see it properly used in this installment. 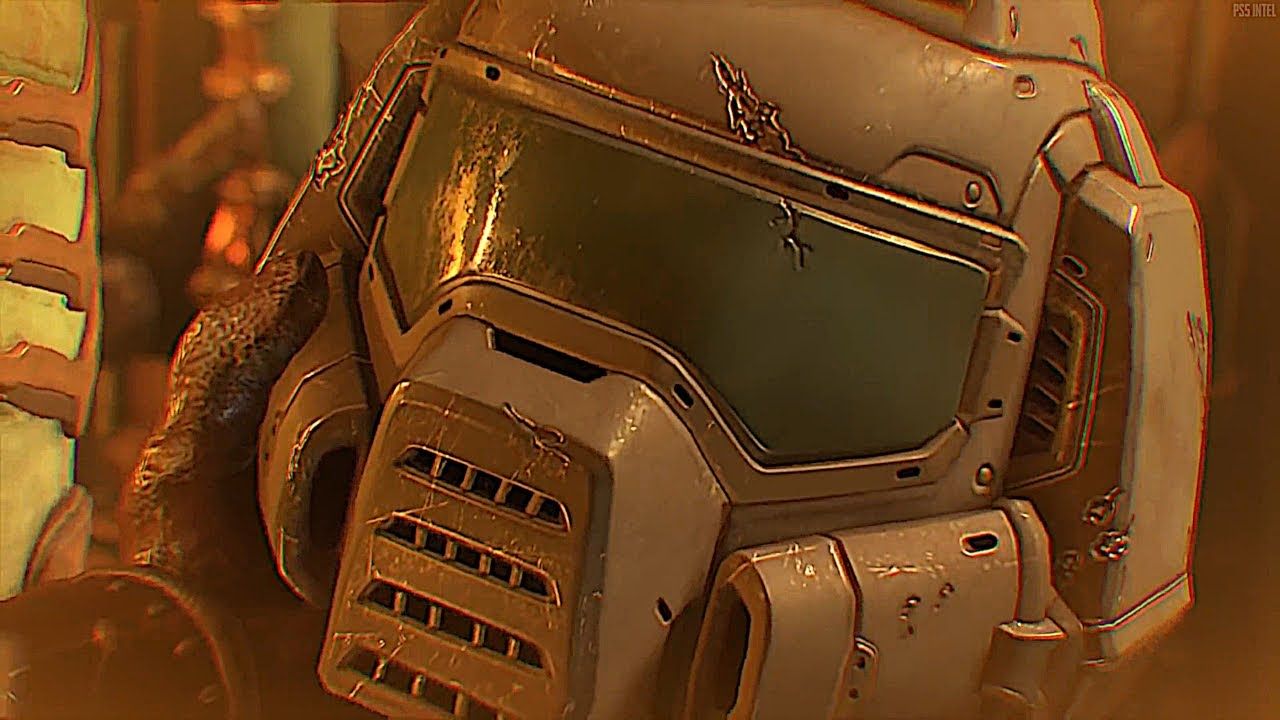 Many fans speculated that Id Software’s reboot of the Doom series depicted another main protagonist Id were calling the Doomslayer. Fans who have played Doom Eternal were in for a shock.

DoomGuy, the main protagonist of the original Doom titles, is the same person as the Doomslayer is in the reboot. That means the ending of Doom 64 where DoomGuy is trapped in hell forever likely resulted in him being trapped in the sarcophagus you start Doom 2016 in. Subtitles reference your character in flashbacks as DoomGuy, while characters in the present call you Doomslayer. It seems your character has transcended from being a normal soldier into a practical god. 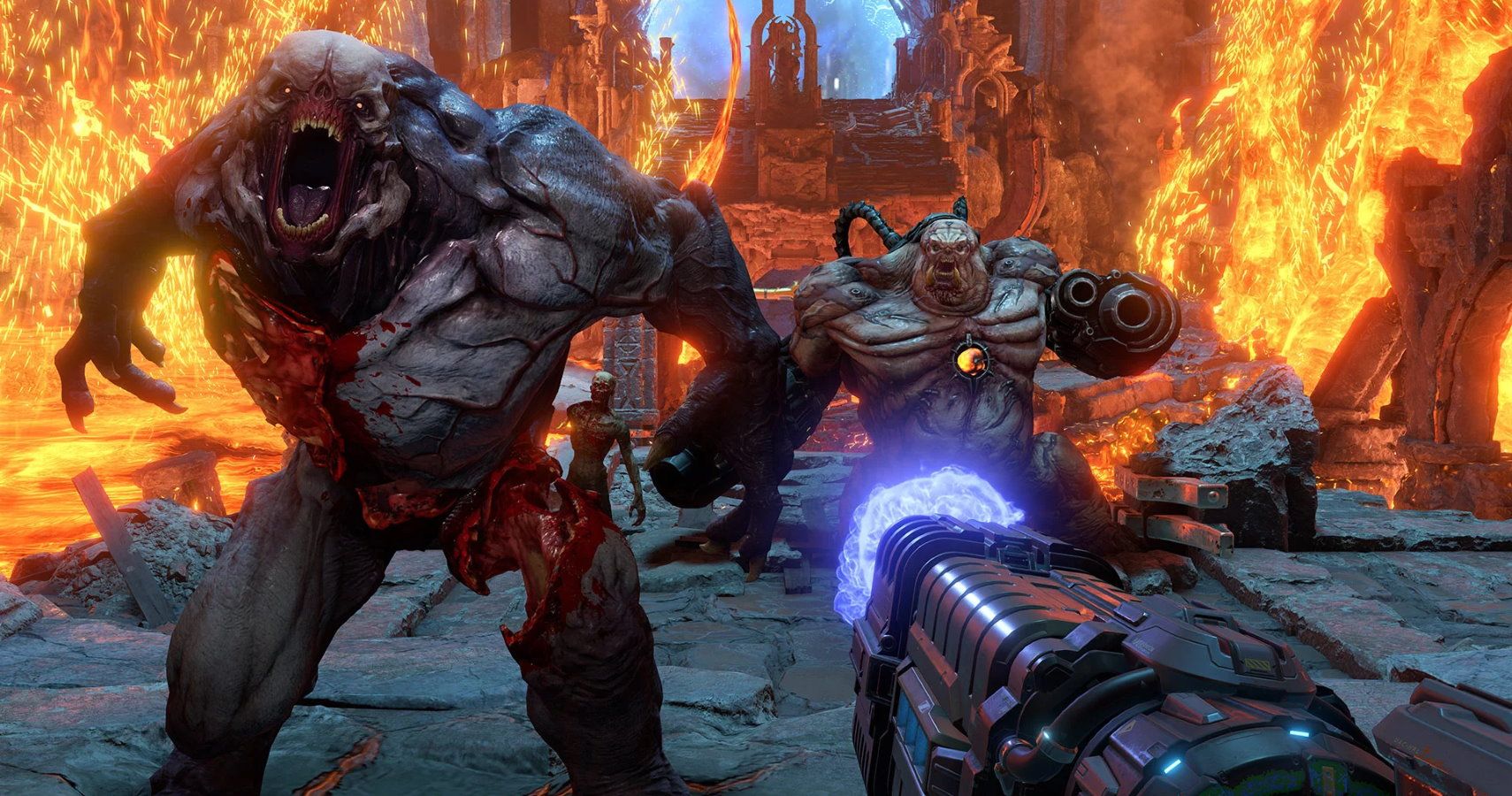 The intro cutscene for Doom Eternal references a quote from the last game and an even older comic. As the king asks of the Doomslayer, rip and tear until it is done!

This was also stated in the introduction from Doom 2016, but where is it from? One particular Doom comic shows the DoomGuy slaying demons and exclaiming “rip and tear!” With how many references to previous Doom games and comics Doom Eternal has, it’s no surprise that Id would make a slight reference to the infinitely quoted comic. 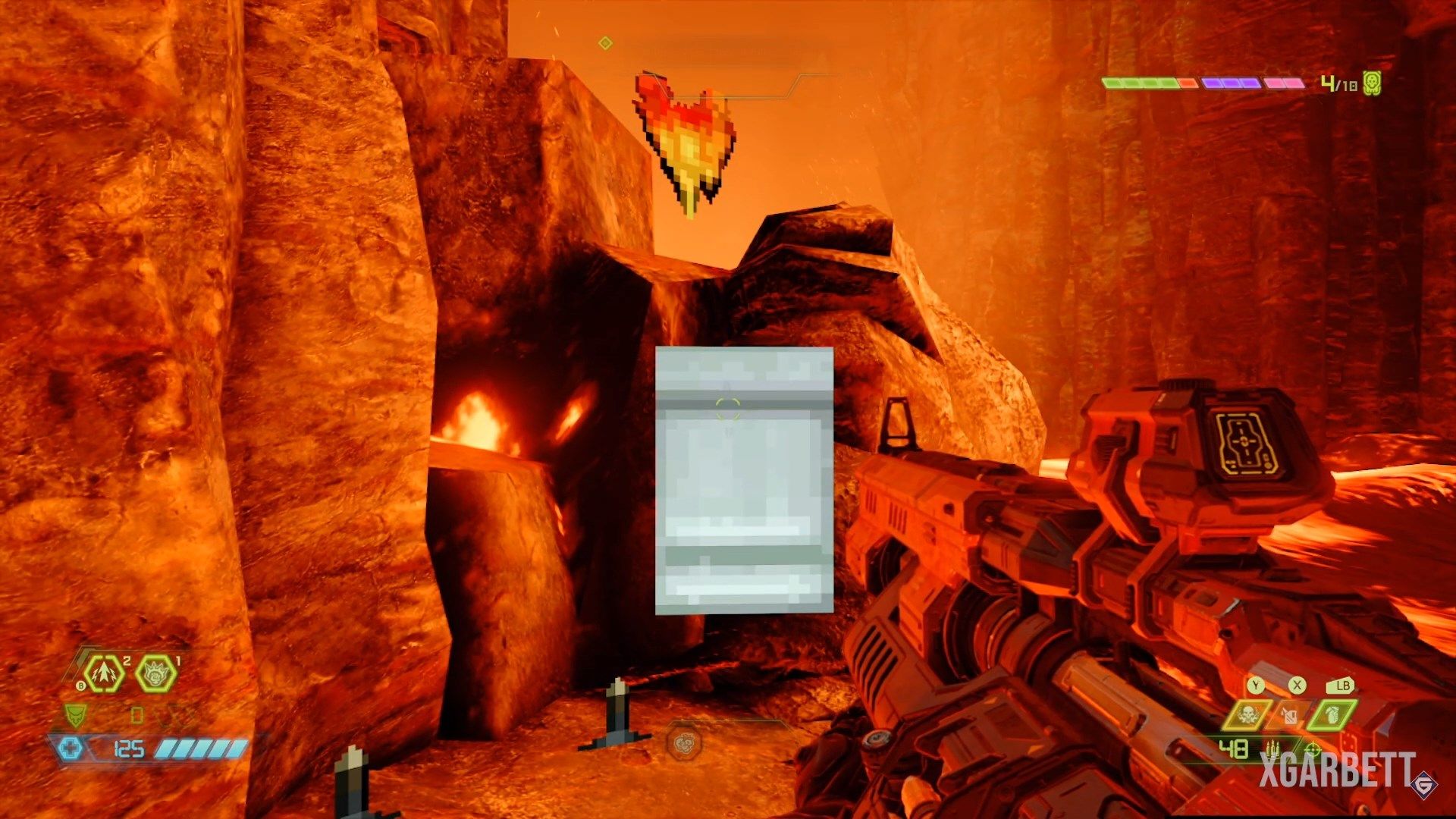 Certain sections of Doom Eternal contain sprites ripped straight out of the first two Doom titles. Interacting with them even plays their respective noise from those games as well.

Currently, no one knows if there is a larger easter egg tied to these sprites. Some newcomers to the series have reported them as low-resolution textures, but their placement and sound make it apparent they are easter eggs for hardcore Doom fans instead of an oversight. 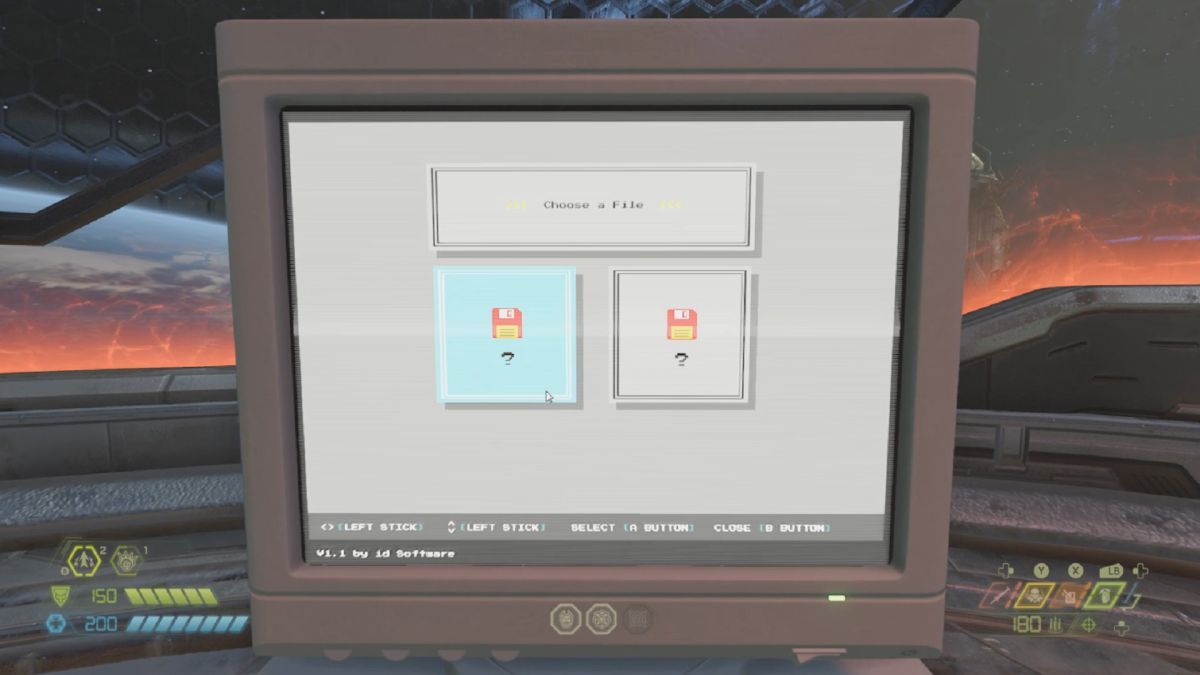 Doomslayer has a personal computer in the Fortress of Doom that players can find in his personal office. Many easter eggs and references are in this room, but one of the most interesting references is on his computer.

When you head to the computer, it will have two files that are left as question marks. The first file requires 14 floppy disks to unlock, or every cheat code unlocked in Doom Eternal. This is a reference to installing the original Doom that came which came with a whopping five floppy disks. The second file is even more obscure, requiring players to enter “FlynnTaggart” as the password, a not-so-subtle reference to one of DoomGuy’s original names in the Doom books. 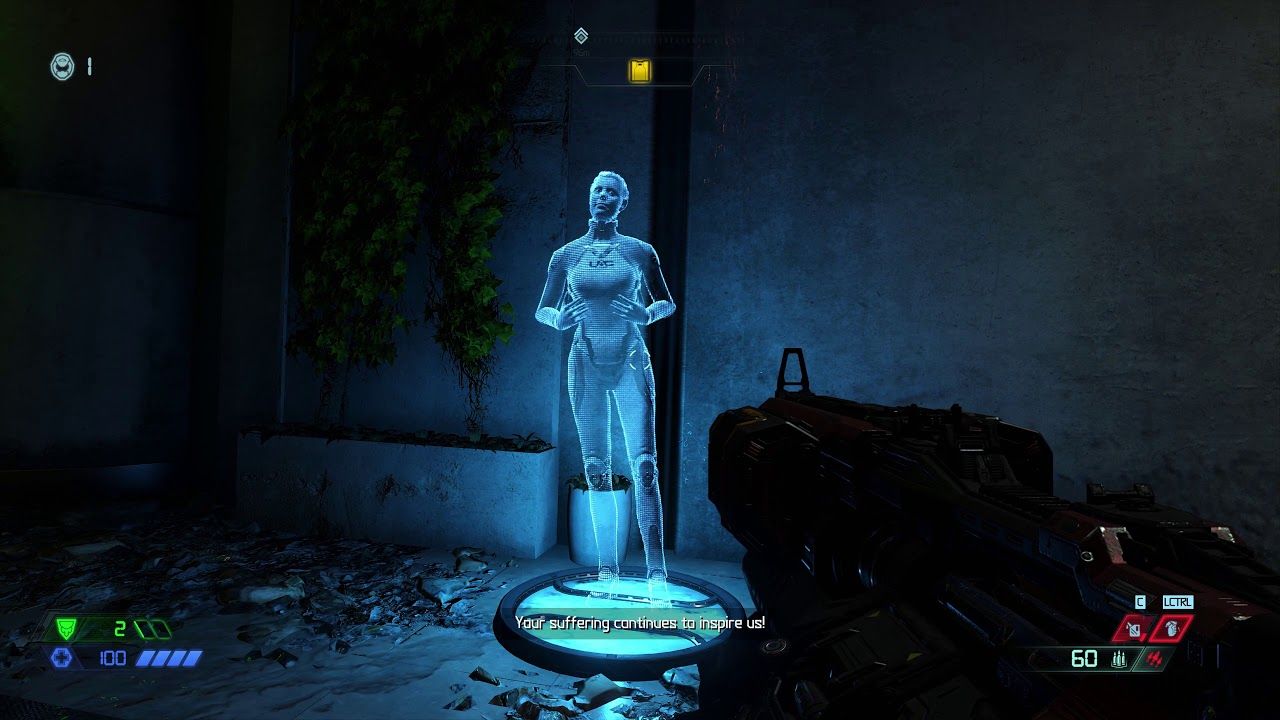 During the levels that involve a UAC complex, fans might recognize a familiar voice on the intercom announcing the state of the facility.

The AI that describes the demonic presence of the facility is the same as Doom 2016, even using the same phrases as the last game to keep continuity. This time, the AI will also state the presence of the Doomslayer, even having a special announcement when he grabs the BFG. It seems his time at Argent Tower in Doom 2016 left a mark on the corporation. 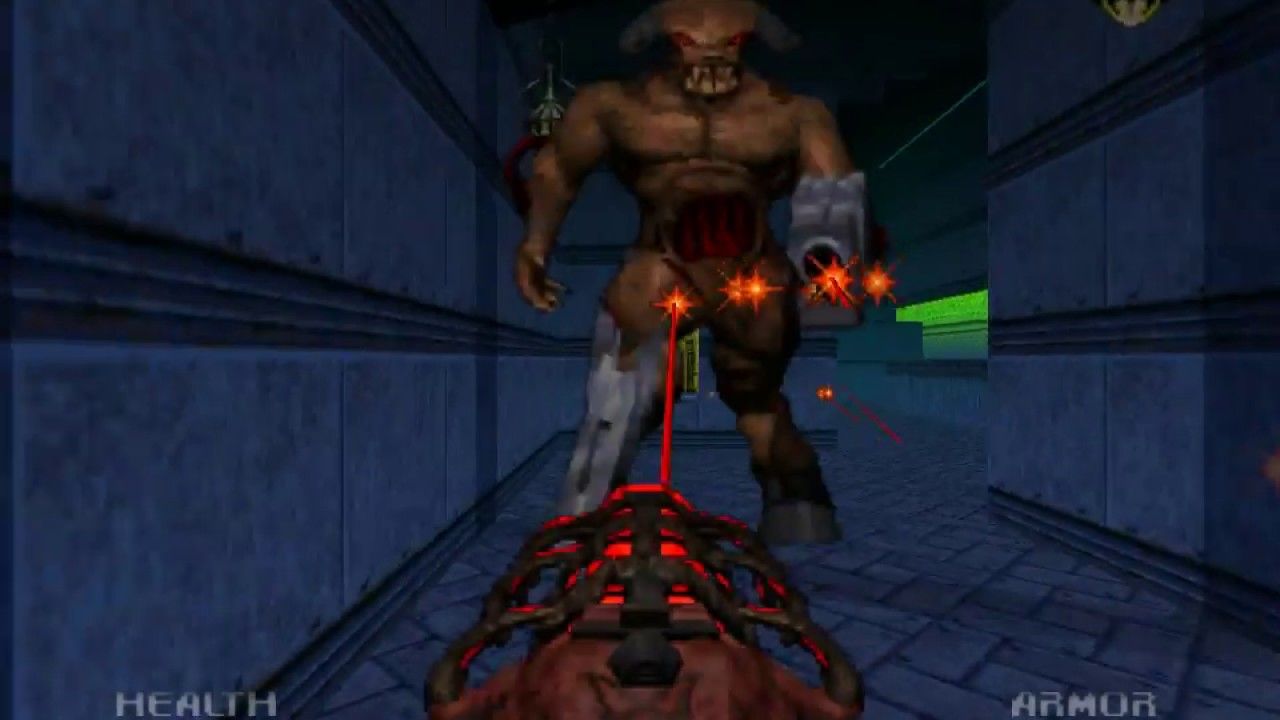 Hidden within the Fortress of Doom is an ancient weapon that fans of Doom 64 will instantly recognize. Players who go through a series of challenges will obtain the legendary Unmaykr.

In Doom 64, players had to find hidden keys on each level to unlock this gun. The same is true for Doom Eternal, requiring the player to complete Slayer Gate challenges to obtain it. As in Doom 64, this gun fires three energy projectiles in a fan at a rapid rate, dealing incredible amounts of damage to anything standing in your way. Unlike Doom 64, it shares ammo with your BFG. 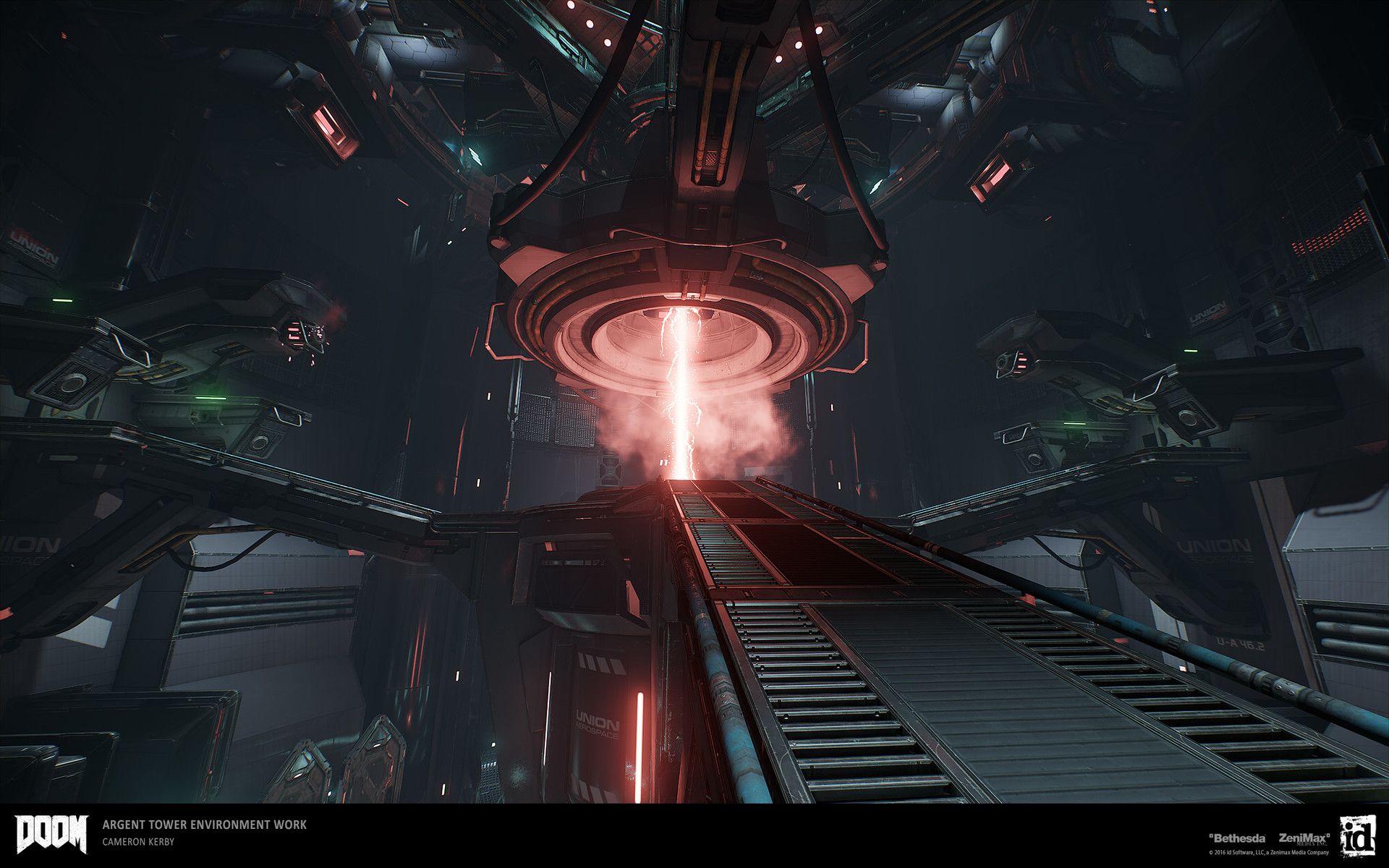 Destroying a direct line to Hell would get the attention of just about everyone. Doom Eternal introduces a resistance radio station that summarizes what the Doomslayer did in his last mission.

What makes this so awesome is they reference past games. The first time you tune into the station in your fortress, they reference the Argent Towers in Doom 2016 that the player destroyed. They also mention what Samuel Hayden is up to, and how Earth slowly turned into a demonic wasteland. It is great for worldbuilding, but it also gives a respectful nod to what players did in the previous game.

Even if Doom Eternal is your first foray into the series, the Doomslayer’s office contains many references to previous games and other series that are too amazing to miss.

To the back right of the room contains a bookshelf with dozens of books that the Doomslayer has handy. Reading these book titles is a treat, as they reference older Doom titles and their events. If you aren’t too familiar with Doom, there are also jests towards other iconic action titles like Duke Nukem, Deus Ex, Dungeons & Dragons, and even Half-Life.