Home » News » Do You Need To Be A Parent To Understand Joel In The Last Of Us?

Do You Need To Be A Parent To Understand Joel In The Last Of Us?

Becoming a parent changes how you view almost everything. The world is a terrifying place as it is, but when you're tasked with looking after an additional human being as well as yourself, and a human being that can do almost nothing at first no less, everything is scary. Is the TV going to fall off the wall for no reason whatsoever? Is the oven on even though it hasn't been used for three days? Plus, do you know how many sharp edges there are basically everywhere? Look around you right now, they're all over the place.

Needless to say, whether it's putting those weird foam things on every sharp edge I could find in my house or fighting out of a hospital in a post-apocalyptic world with him over my shoulder, I would do anything for my son. A combination of The Last Of Us being absolutely everywhere right now and Troy Baker, the man who voiced Joel in the games, commenting on how Part 1 ended during Milan Games Week got me thinking. By the way, those of you who haven't played the first game through to the end, or plan on watching HBO's adaptation without knowing what happens in the game, you might want to step out now before I spoil it for you more than I have done already.

Shortly after the first game's PS5 remake launched last year, Baker commented on how his view of its ending has changed over the course of a decade. The actor said that when he first played Joel, he didn't understand the lead character's decision-making. Choosing to effectively sacrifice what is left of the human race for Ellie. However, Baker has had a child of his own since then and admitted recently that his opinion has been turned on its head, and that if he were in the same position, he would absolutely do the same thing Joel did. 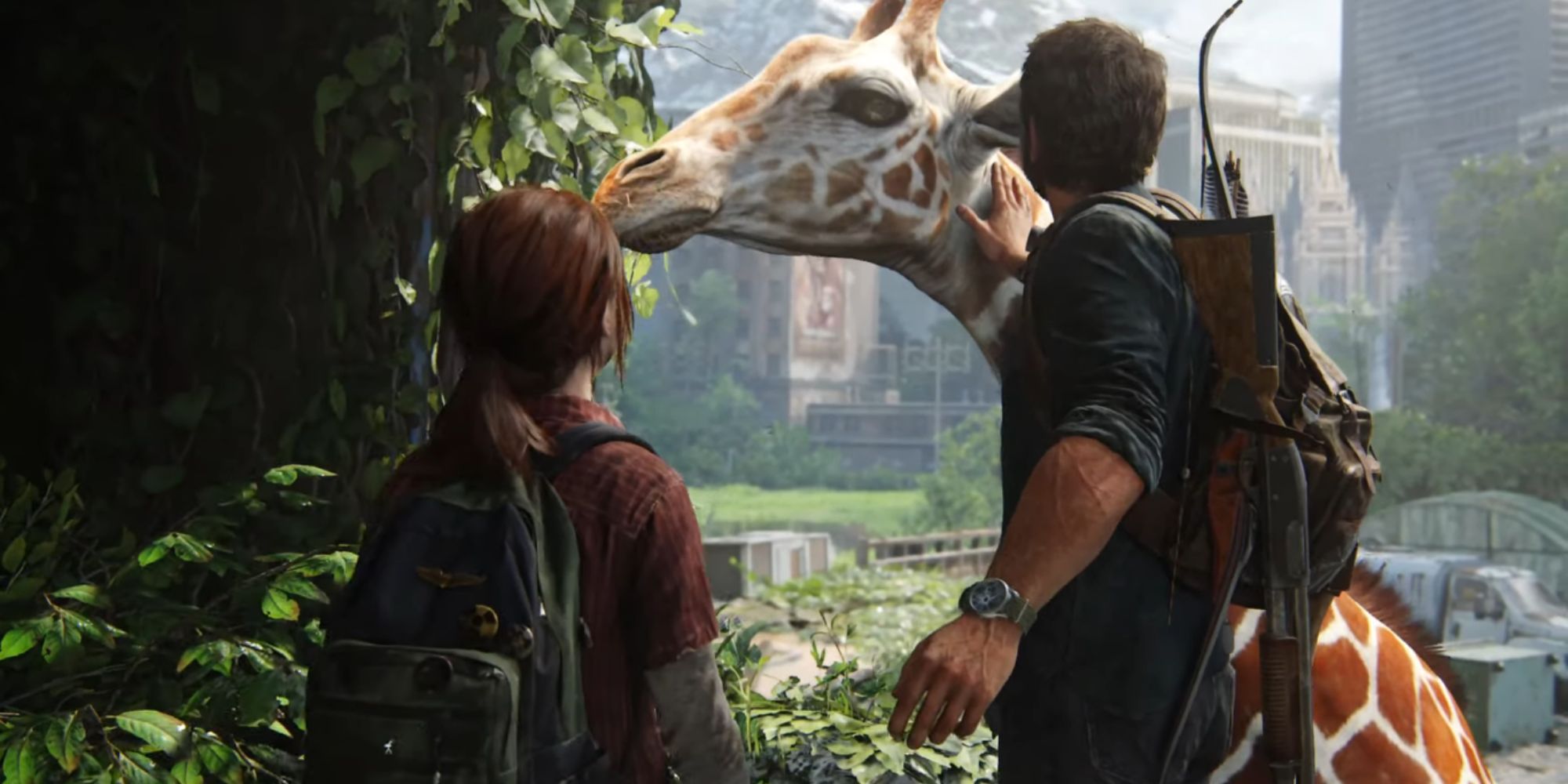 Now, I'm in a unique position here that allows me to compare and contrast. I didn't play The Last Of Us when it launched in 2013. In fact, I didn't play it until 2021, more than a year after my first child was born. Lockdown allowed me the time to finally see what all the fuss was about and play both The Last Of Us and The Last Of Us Part 2 back to back. Suffice to say, by the time I got to the end, my heart had been ripped out, stomped on, and crammed back into my chest just so the process could be repeated so many times, despite fully understanding the hype, I'm still not sure if I can relive the heartache through the adaptation.

There were two moments during the first game that hit me hard as a parent. Joel holding his dying daughter Sarah in his arms at the start of the game, and yes, Joel killing anyone who got in his way in the hospital at the end of the game in order to save Ellie's life. There is not a doubt in my mind that I would have done exactly the same thing, to the point that the rest of humanity probably wouldn't have even crossed my mind. Not that I would have had the tools at my disposal to be as formidable as Joel in a post-apocalyptic world. I'm the guy at the start of a zombie movie getting bit when he answers the door, or after he's found hiding under the bed.

As I highlighted above, since I didn't play The Last Of Us until I was already a parent, I have no way of knowing for sure if I had backed Joel's decision-making if I didn't have a son. However, I'd like to think that I would. Take that moment with Sarah at the start of the game. Yes, when playing through that emotional scene, parents will likely go to how they would feel if it happened to them. That doesn't mean players without children watched it and shrugged. Everyone who has played that game will have had their heart ripped out when that happened. If you didn't, it's not a lack of children making the difference, it's a lack of anything where your heart should be. Seriously, if you're out there, how did you not watch what came next through a wall of tears? 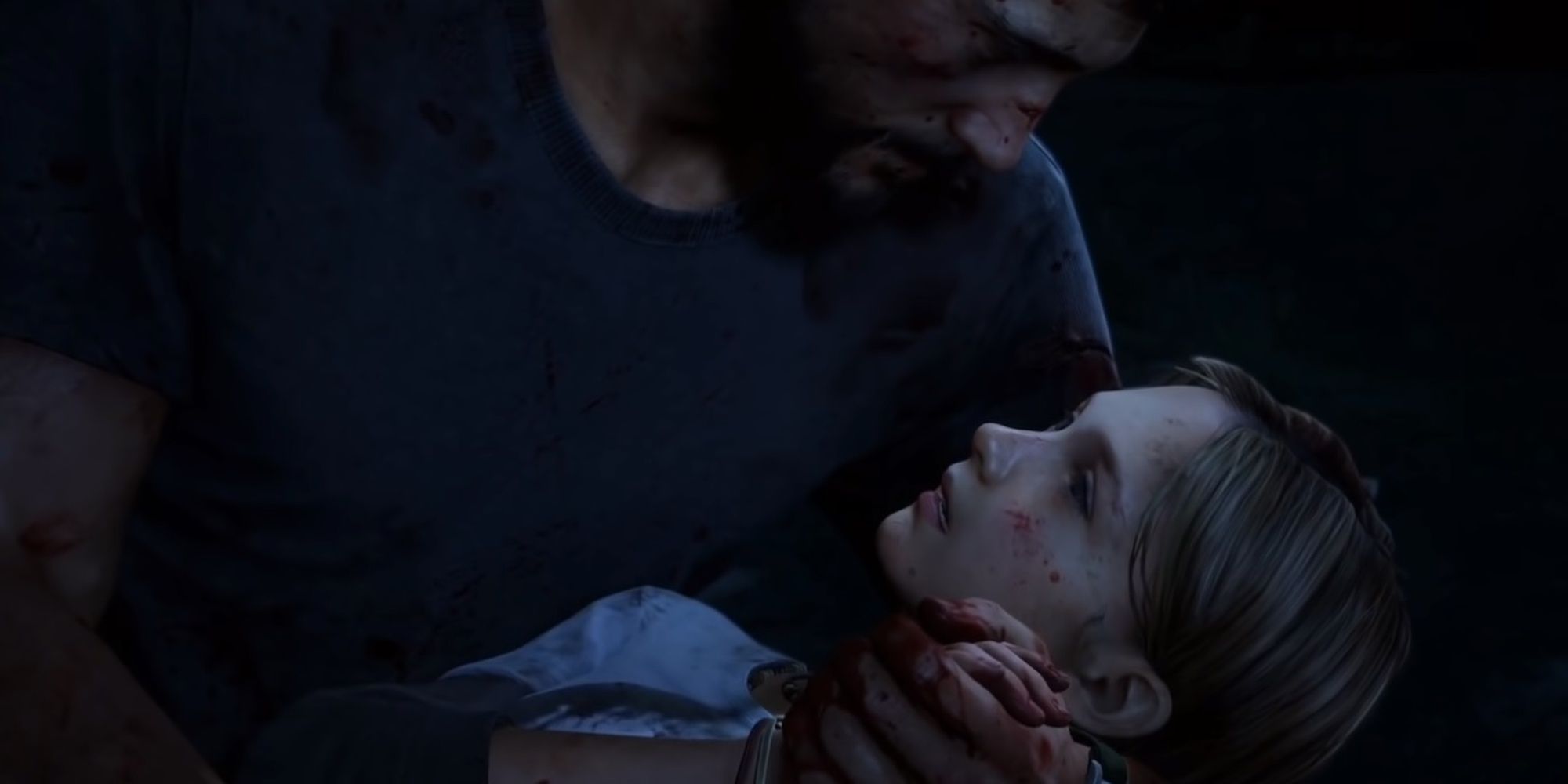 As for the closing moments of the game, I struggle to understand how parent or not, everyone doesn't sympathize with what Joel does. The man wakes up to discover the girl who has effectively become his daughter, someone he was responsible for keeping alive and caring for as they crossed the country together, is on an operating table, about to be cut open and killed. Daughter or not, that's a child he has an attachment to who is about to be killed. Baker claims that pre-parenthood, he would have sat back and let the doctors do their work, but I'm not convinced.

Now, time to play devil's advocate to my own points. We're talking about the fate of the human race here, or at least what's left of it. Ellie is immune to the virus, which likely means her brain holds the key to a cure. Surely sacrificing one life is worth it for the sake of potentially saving the world. I'm also going to use a couple of my own points against me. Ellie isn't actually Joel's daughter. Plus, the two haven't even known each other that long. It was only a little while before Joel carries Ellie from the hospital that he saw her as little more than a package that needed to be delivered.

All of that said, parent or not, I'm still on Joel's side. I even get the lying that comes after to an extent which is the truly questionable decision he makes. As is likely the case for Joel, if my son were in Ellie's position, I would selfishly fear that if he were to know the truth, he'd demand I turn the car around and take him back. That's where the parent/non-parent line starts to blur for me a little. If, like Joel, I had no parental bond to Ellie, and I had known her for as little time as they know each other before all of this unfolds, I would likely give her the option. Wait for her to wake up and ask if she wants to go back and sacrifice her life to potentially save humankind. If it were my own son, like Joel, I would lie through my teeth. Then again, a group of doctors unwilling to actually ask Ellie prior to slicing up her brain probably weren't the best bunch to hold the fate of humanity in their hands anyway.