Perhaps you got a beautiful, brand-new Switch for the holidays, or maybe you're a longtime Switch owner with nothing to play. You've defeated Ganondorf in Breath Of The Wild, stomped Bowser into oblivion in Super Mario Odyssey, and mastered Sora in Super Smash Bros. Ultimate.

Sure, you could hop into another first-party Nintendo game, but perhaps you're looking for something a little more unique, or maybe you're trying to save on the costs for physical games. Never fear! The Switch's eShop is home to a huge selection of underplayed gems for every type of gamer. One of these might just become your new favorite.

10 Blossom Tales – A Familiar Tale, With A Twist 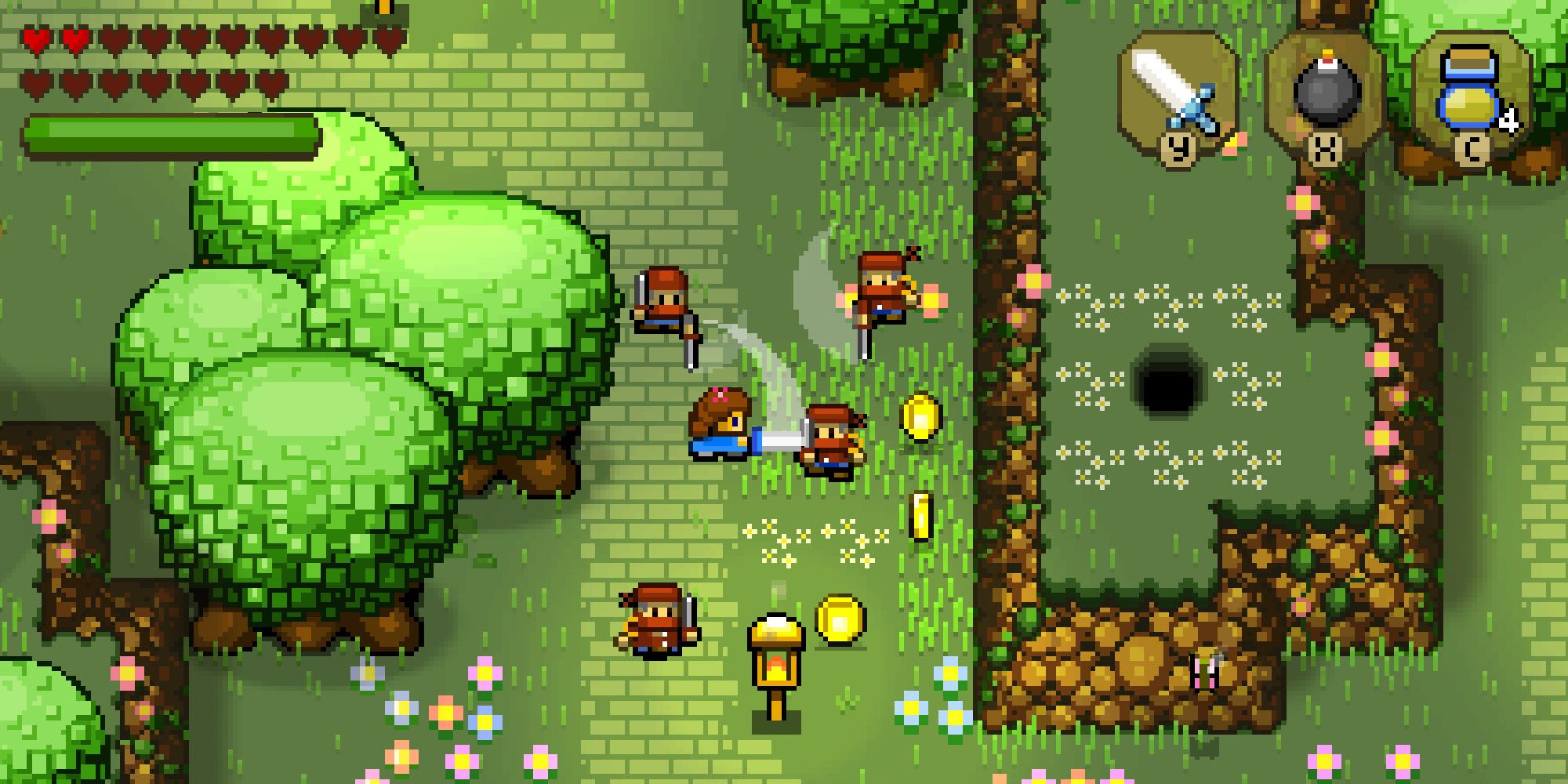 If you've spent any time with old-school Zelda games like A Link To The Past or Link's Awakening, you'll feel right at home with Blossom Tales. It apes the top-down style of the classic Zeldas, but lest you think it's a mere copycat, Blossom Tales introduces a few twists on the formula.

The whole game is a story-within-a-story, where the events you play are part of a tale being told to children; it's a little like The Princess Bride, allowing the developers to add a healthy dose of sarcastic humor. It also means that at certain junctures in the story, you get to decide what comes next. It brings a unique feel and tone to the game that makes it one of the best indie RPGs on a system full of them. 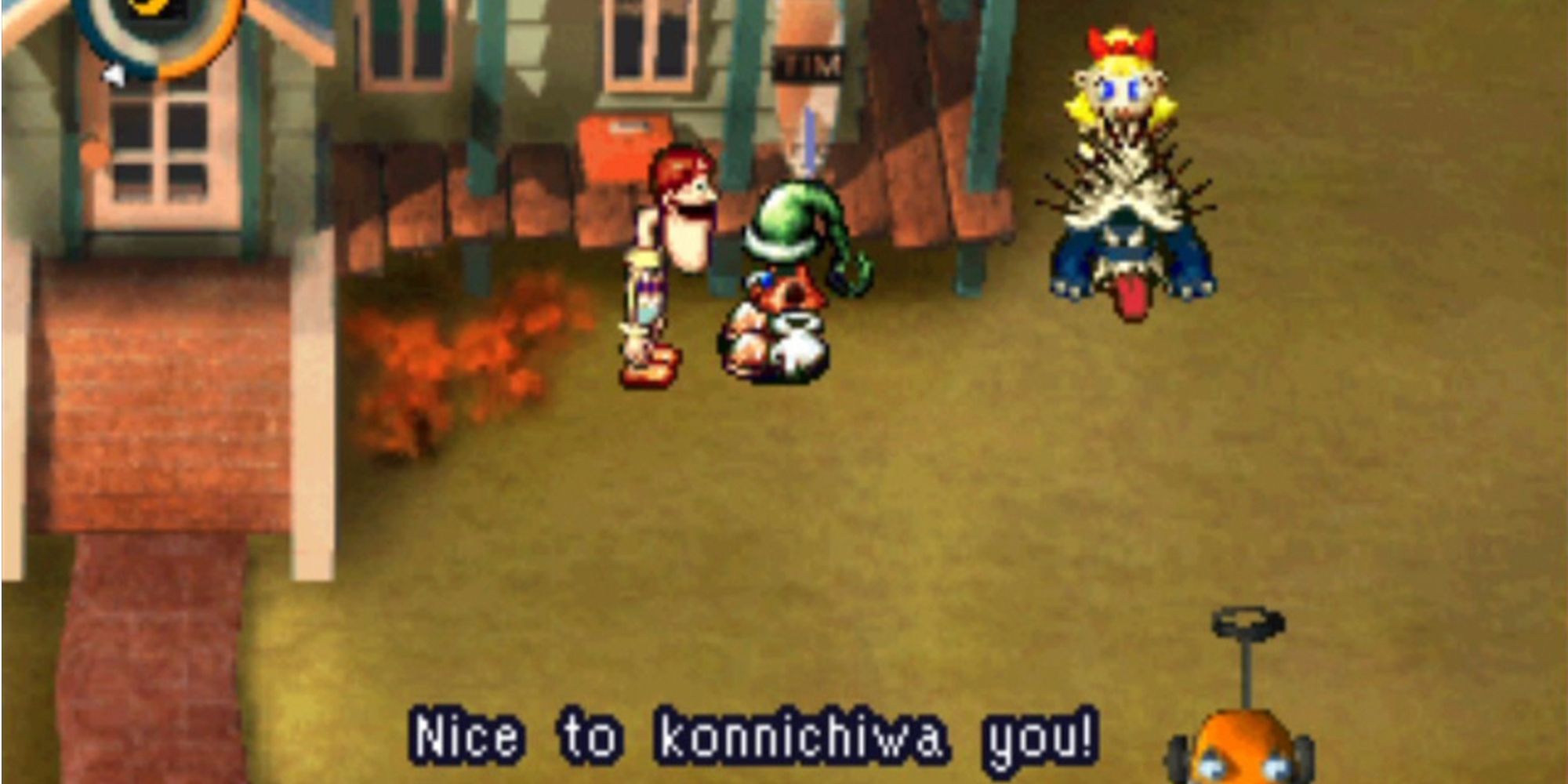 Love-de-Lic's odd, unforgettable Moon: Remix RPG Adventure never received a Western localization when it was originally released in 1997; despite that, its reputation grew to the point that Toby Fox cited the game as an influence for the design of Undertale.

It's not hard to see the resemblance. Like Undertale, Moon is an anti-RPG that gleefully questions what it even means to be an RPG, casting you as a peripheral NPC. You're tasked with cleaning up the mess that the hero leaves behind on his misguided quest to save the world. The game was finally translated and released for the Switch in 2020, so there's no time like the present to explore what makes this game so special. 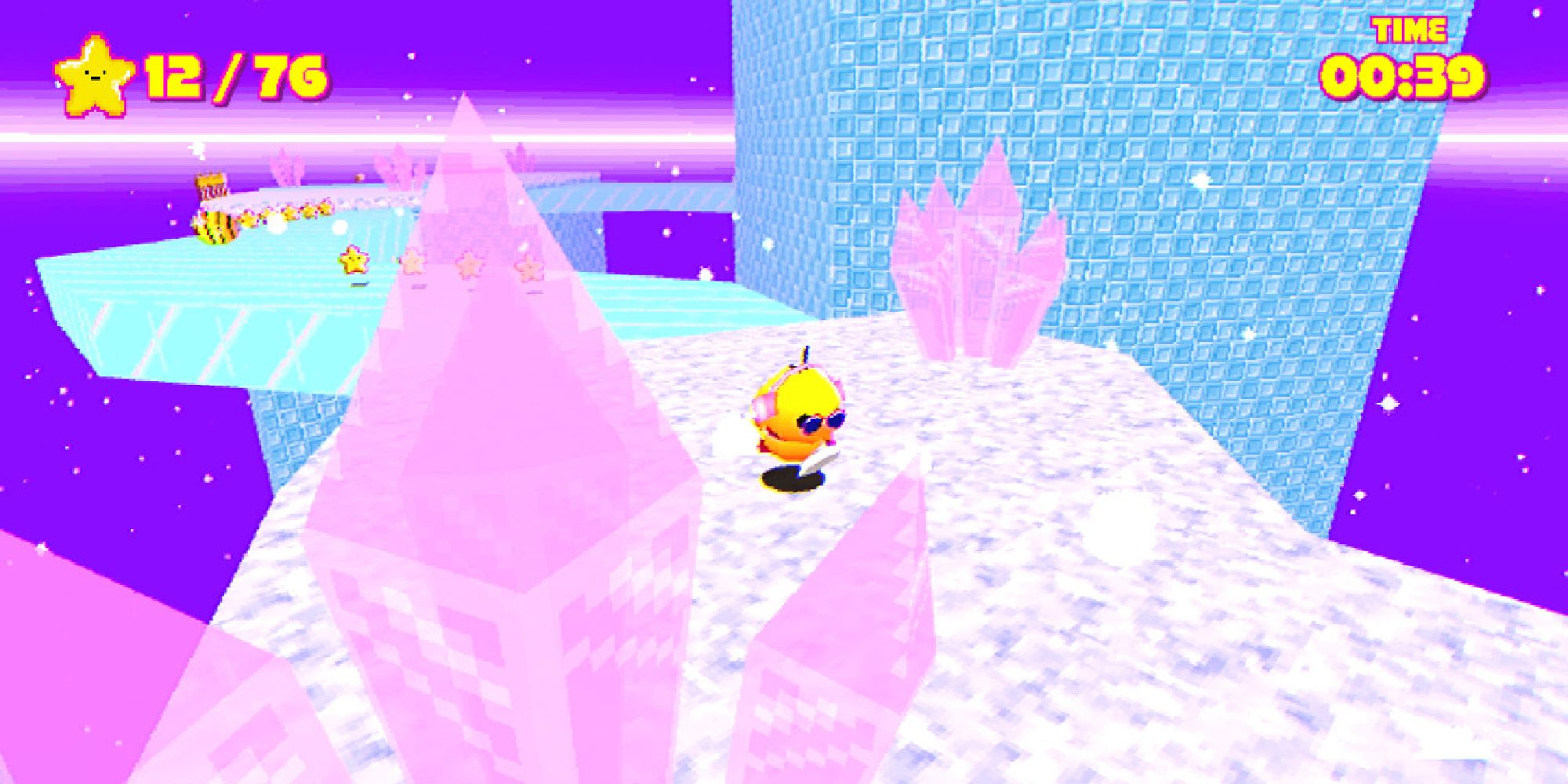 We're in the midst of a 3D platformer renaissance, with titles like Ratchet & Clank: Rift Apart, Psychonauts 2, and A Hat In Time bringing the genre back in a big way. Toree 3D, which was originally released for the Haunted PS1 Demo Disc compilation, fits right into the trend.

Developer Siactro clearly knows their history – the game's look is reminiscent of the surreal, low-polygon likes of Kirby 64, while the speed-focused gameplay takes some inspiration from Sonic – but Toree's mixture of nostalgic charm, tight controls, and unexpected horror elements make it feel distinct. Plus, it's only 99 cents!

7 The Friends Of Ringo Ishikawa – A Brawler With Brains 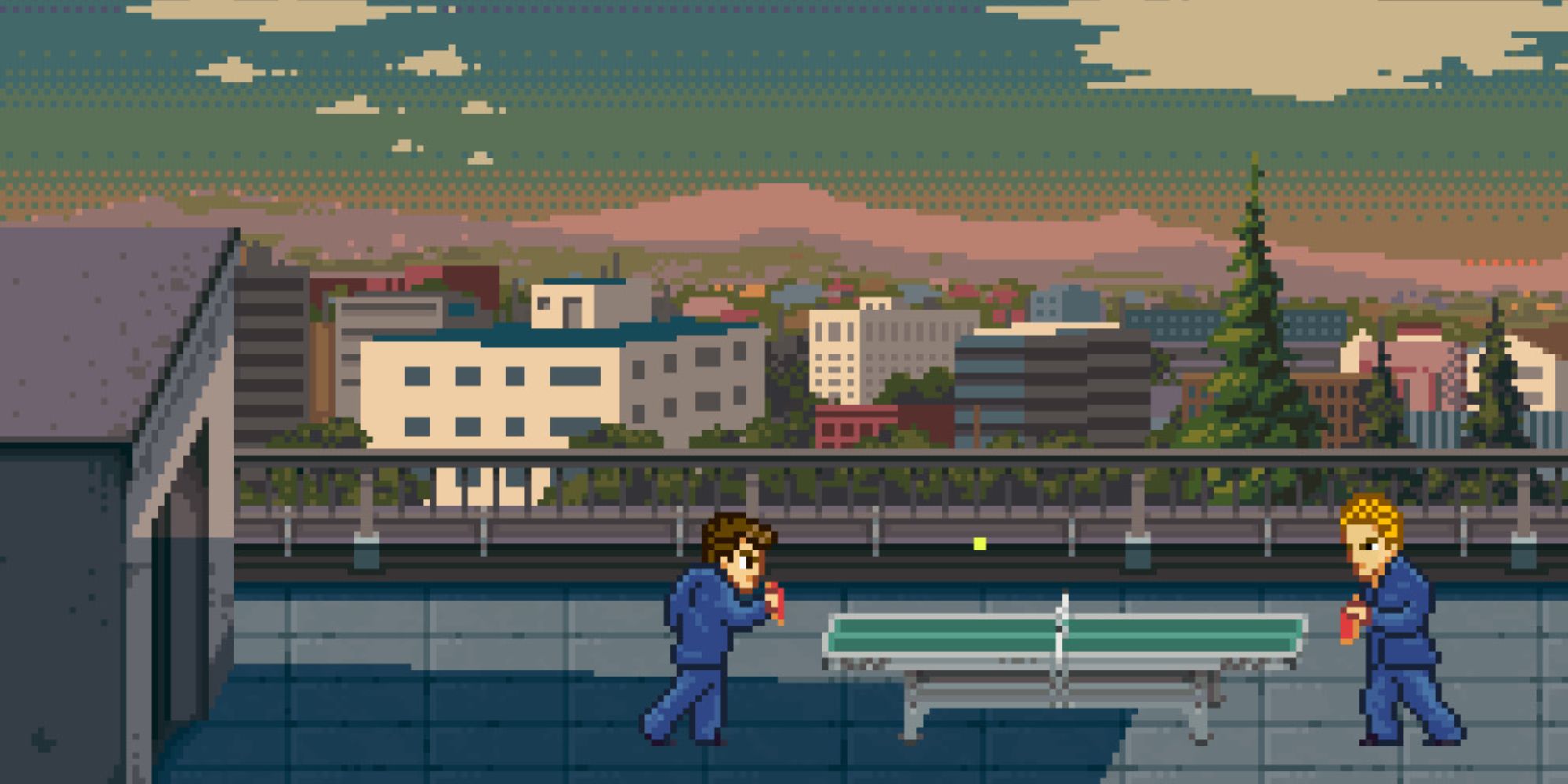 Though it's inspired by classic brawlers like River City Ransom, The Friends of Ringo Ishikawa features a much deeper story and world than its forebears. The titular Ringo Ishikawa is a local gang leader, with ambitions of rising through the ranks of his town's criminal underworld. He's also a high school student, and you can choose to spend your time studying or working a part-time job instead of brawling.

The Friends of Ringo Ishikawa offers a freeform, uniquely existential experience, where your choices decide what kind of person Ringo will be.

6 Ikaruga – A Legendary Shoot-Em-Up Gets Switched 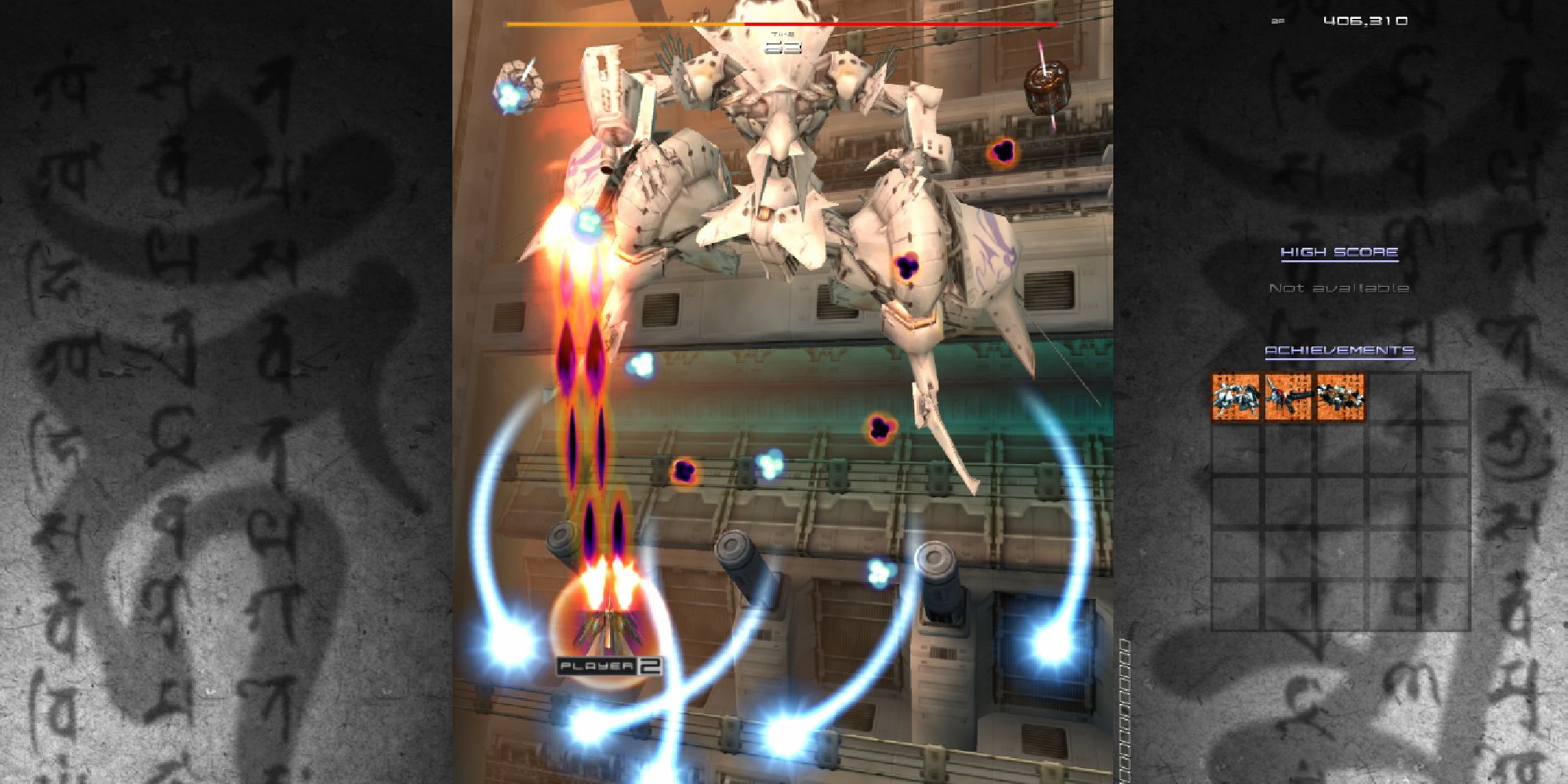 There's a solid chance that you've heard of Ikaruga. This legendary shoot-em-up was developed by action game masters Treasure – the minds behind classics like Gunstar Heroes and Sin & Punishment – and originally released in arcades in 2001. Since then, it's been ported to the Dreamcast (though that version never left Japan), Gamecube, PC, Xbox 360, and PS4. And in 2018, the Switch got in on the action.

The game focuses on a color-switching mechanic: turn your ship black, and black bullets will pass through you while white bullets will cause damage. Switch to white, and the opposite is true. The game uses this simple mechanic to build a hypnotic sense of depth, tempting you to try just one more round to beat your high score. 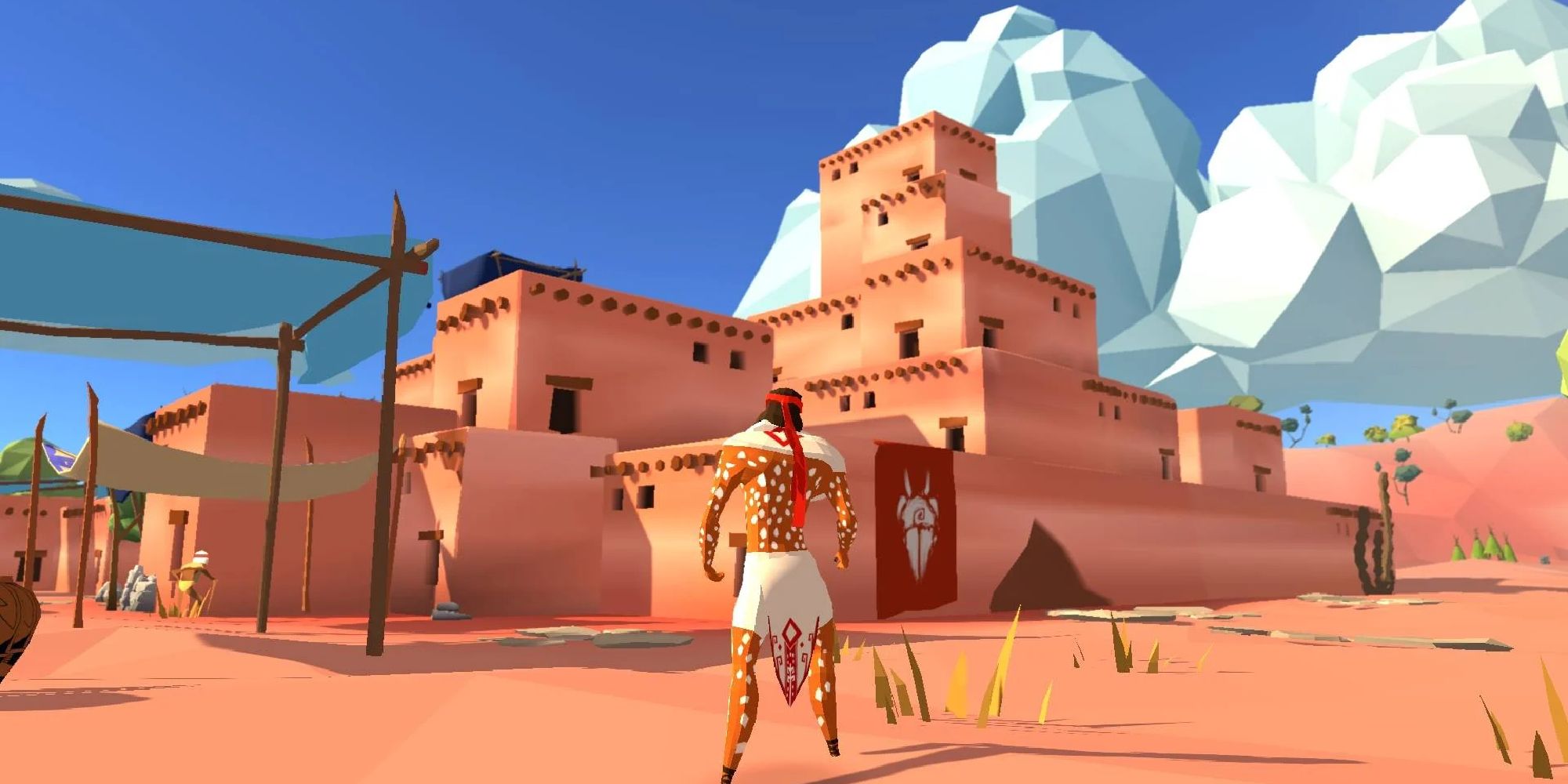 Strictly from a gameplay perspective, Mulaka is a beautiful and entertaining game with shades of Okami or Zelda – you play as a silent hero who adventures across a vast natural landscape, battling enemies and confronting evil. But Mulaka's real magic lies in its story and setting.

It's based on traditional legends of the indigenous Tarahumara tribe of Northern Mexico, giving it a weight and character that's unique. The game's visual style, narration, and music all reference Tarahumara culture, and the game was created in close contact with living members of the tribe. It's genuinely like nothing else. 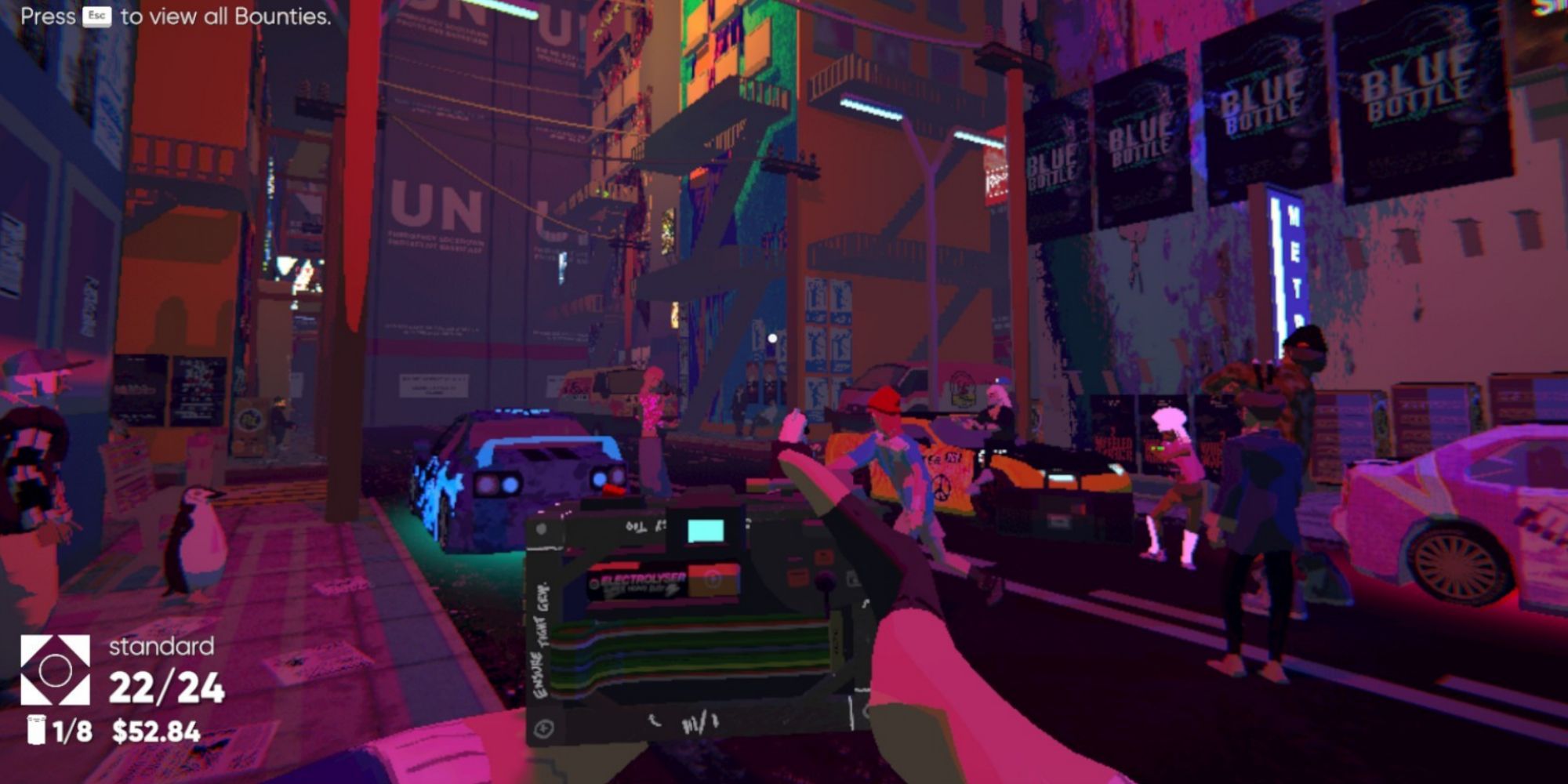 If you'd rather do a different kind of shooting – and you've already beaten New Pokemon Snap backwards, forwards, and upside-down – Umurangi Generation might be for you. It's a post-apocalyptic photography game with a visual style inspired by the cel-shaded likes of Jet Set Radio – that is to say, it's a game that positively drips with anti-authoritarian cool.

You play as an intrepid photojournalist, taking pictures of the end of the world. It's not the most escapist game on this list, but it is fun and thought-provoking and stands out among the indie crowd.

3 Dusk – A Doom Clone For The Halo Generation 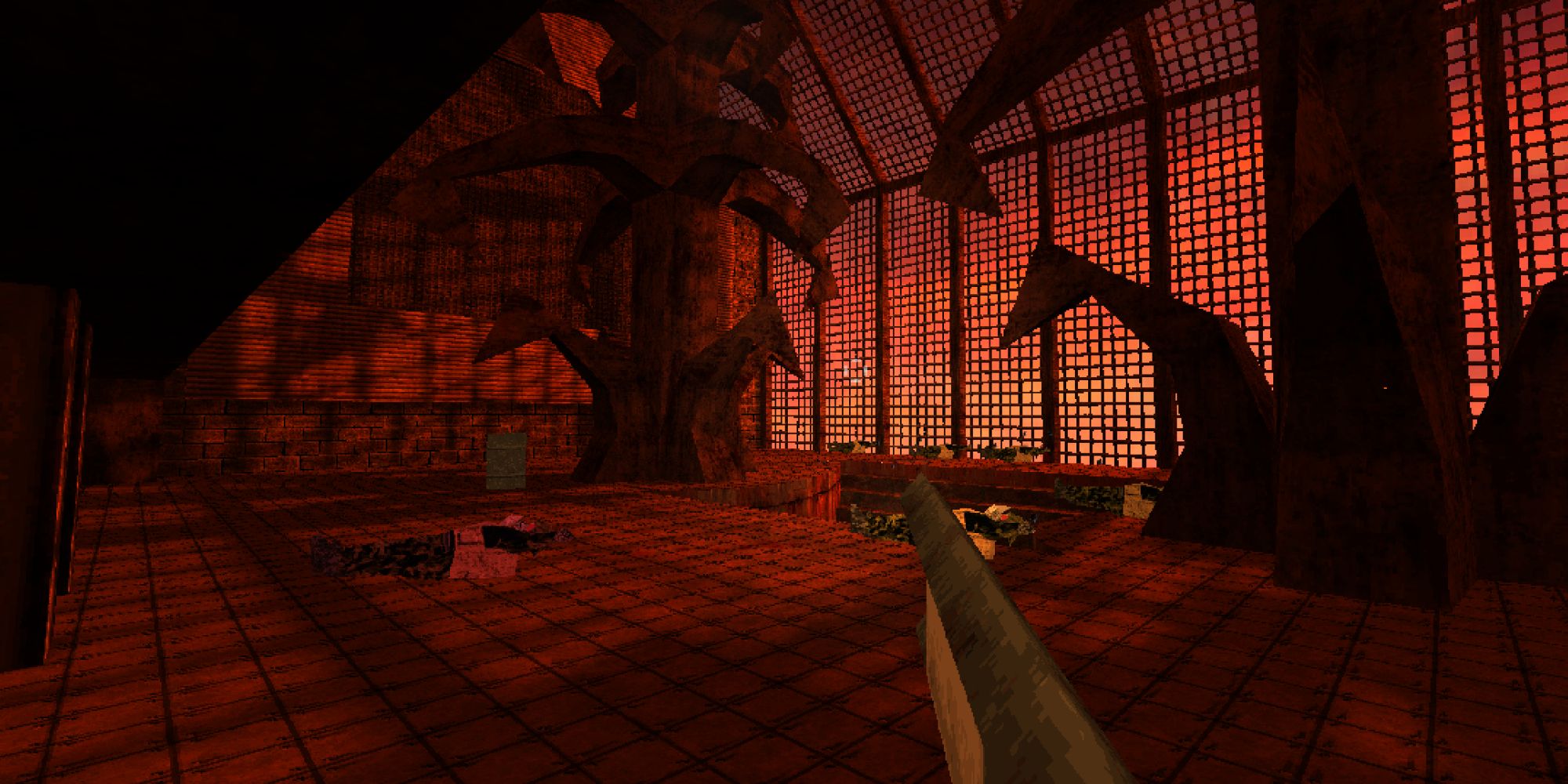 It's hard to imagine now, but there was a time when first-person shooters weren't even a solidified genre of their own. Games of this kind were called "Doom clones", after the ubiquitous '90s FPS that single-handedly revolutionized the industry. Dusk is a throwback to that era, when you knew a game was good if it freaked your parents out.

The game's attention to detail is second to none, with loading screens imitating a '90s operating system and blocky, low-res textures tricked out with modern lighting effects. The gameplay is blindingly fast, with a creepy, compelling atmosphere that inspires exploration and terrifying enemies that beg for the business end of a shotgun. 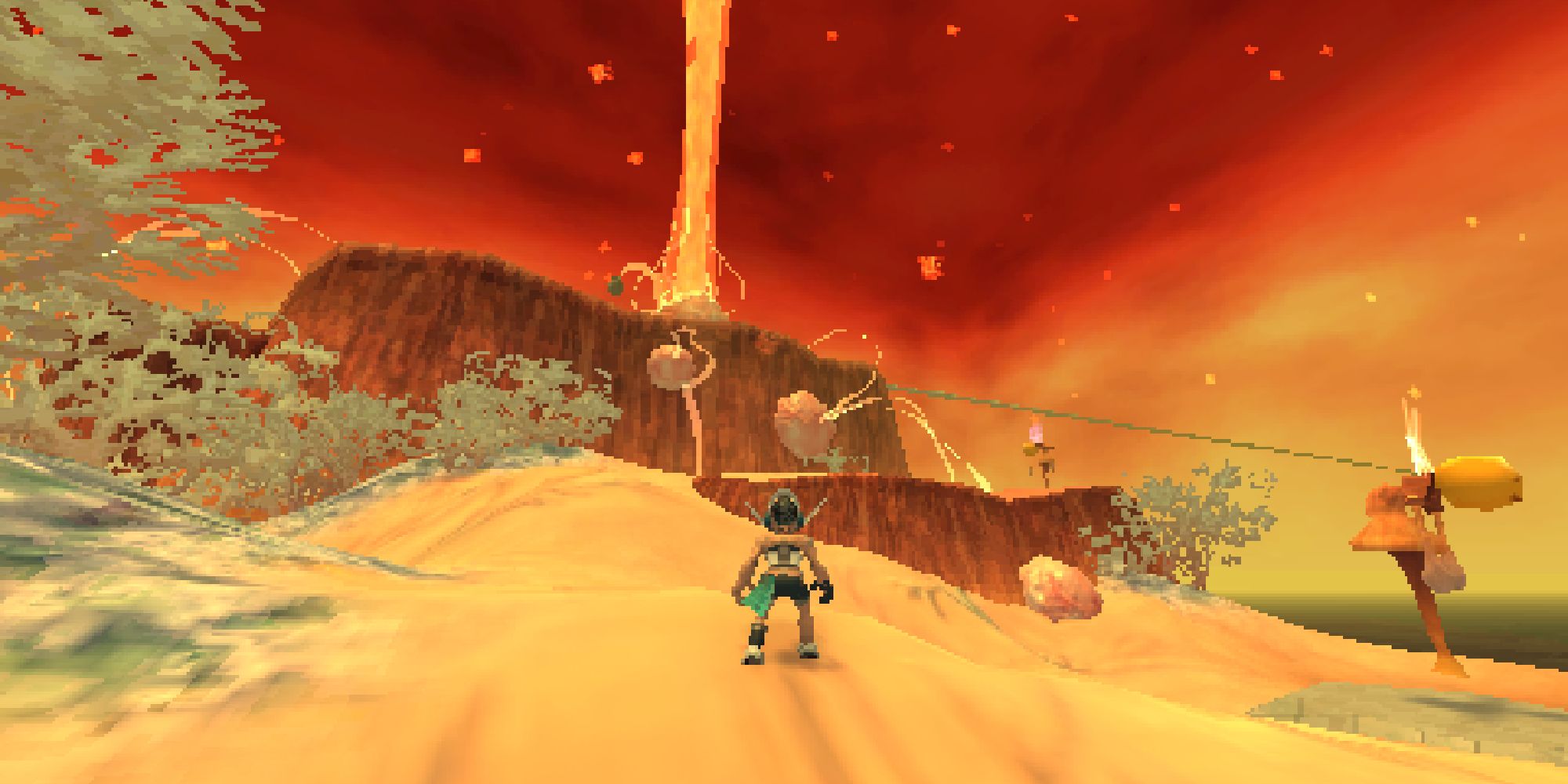 If you like video games you owe it to yourself to play Anodyne 2. It's a 3D platformer-… no, it's a 2D Link's Awakening-style adventurer-… no, it's a character-driven, mind-hopping game in the vein of Psychonauts 2-… no, it's all that and more.

You play as Nova, a girl tasked with cleaning the minds of the citizens of the 3D world. Each time you enter someone's brain, the perspective switches to a top-down Zelda-style perspective as you battle enemies and learn more about each character's soul. That is, until the middle of the game suddenly changes the whole equation. Did I mention that you can literally turn into a car? 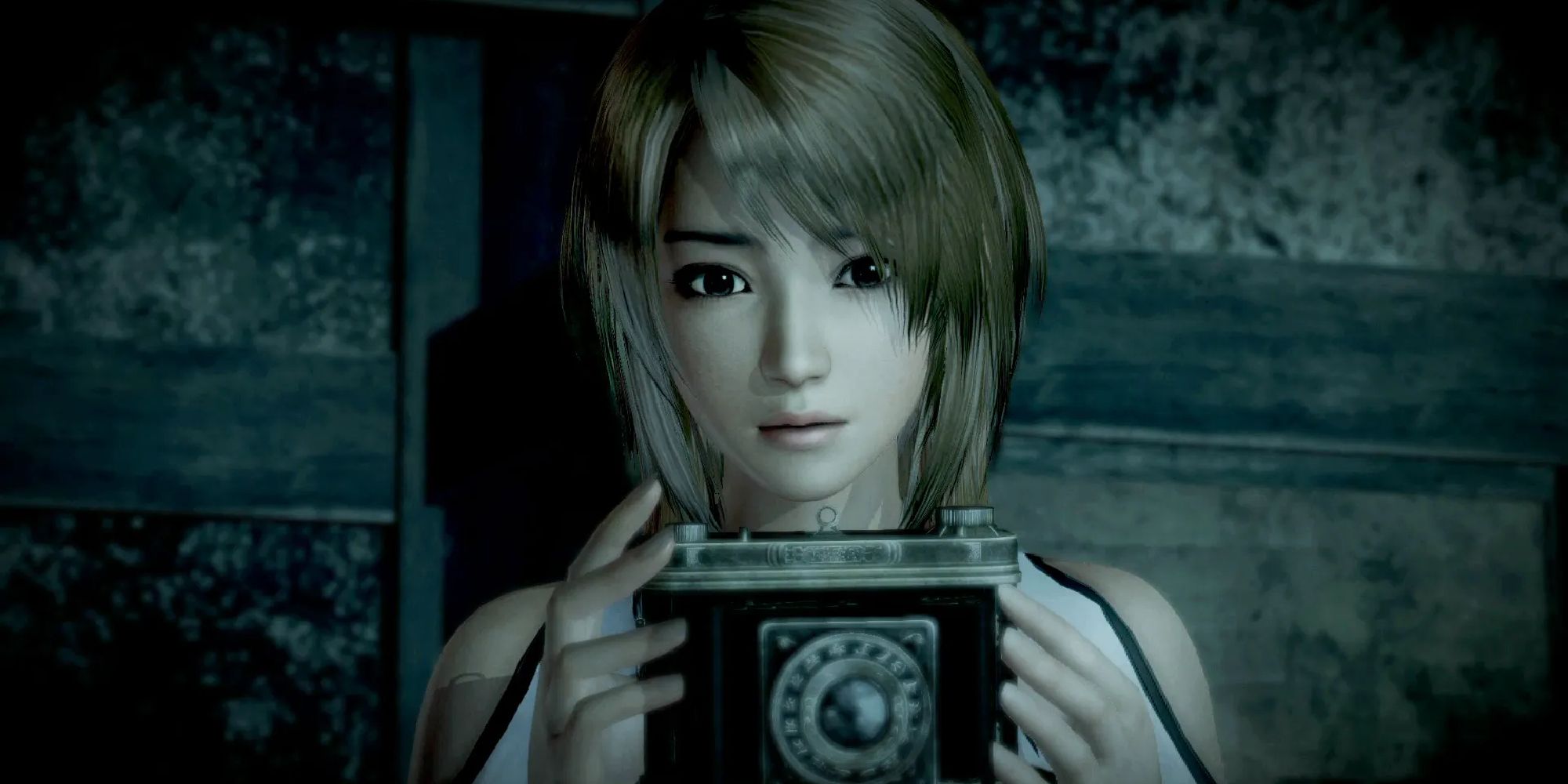 Despite coming from the same era as classics like Silent Hill and Resident Evil, the Fatal Frame series never quite reached the commercial heights of those series. And that's a shame because these games are genuinely terrifying. Like Umurangi Generation, Fatal Frame is based around photography, but here you're forced to photograph malicious spirits in order to defeat them… all while they're attempting to kill you.

Maiden of Black Water was the series' Wii U installment, which meant that it went woefully underplayed. But its recent Switch port means that you can finally experience one of the most uniquely terrifying games ever made.