Region chests are hidden chests scattered throughout each patrol space in Destiny 2. The Tangled Shore has 18 you can find, each granting Etheric Spirals and Glimmer when opened. These golden chests might be marked on your map, but a few of them can be tricky to find. For those looking to collect all of the Tangled Shore’s region chest, here is a complete guide detailing their locations. 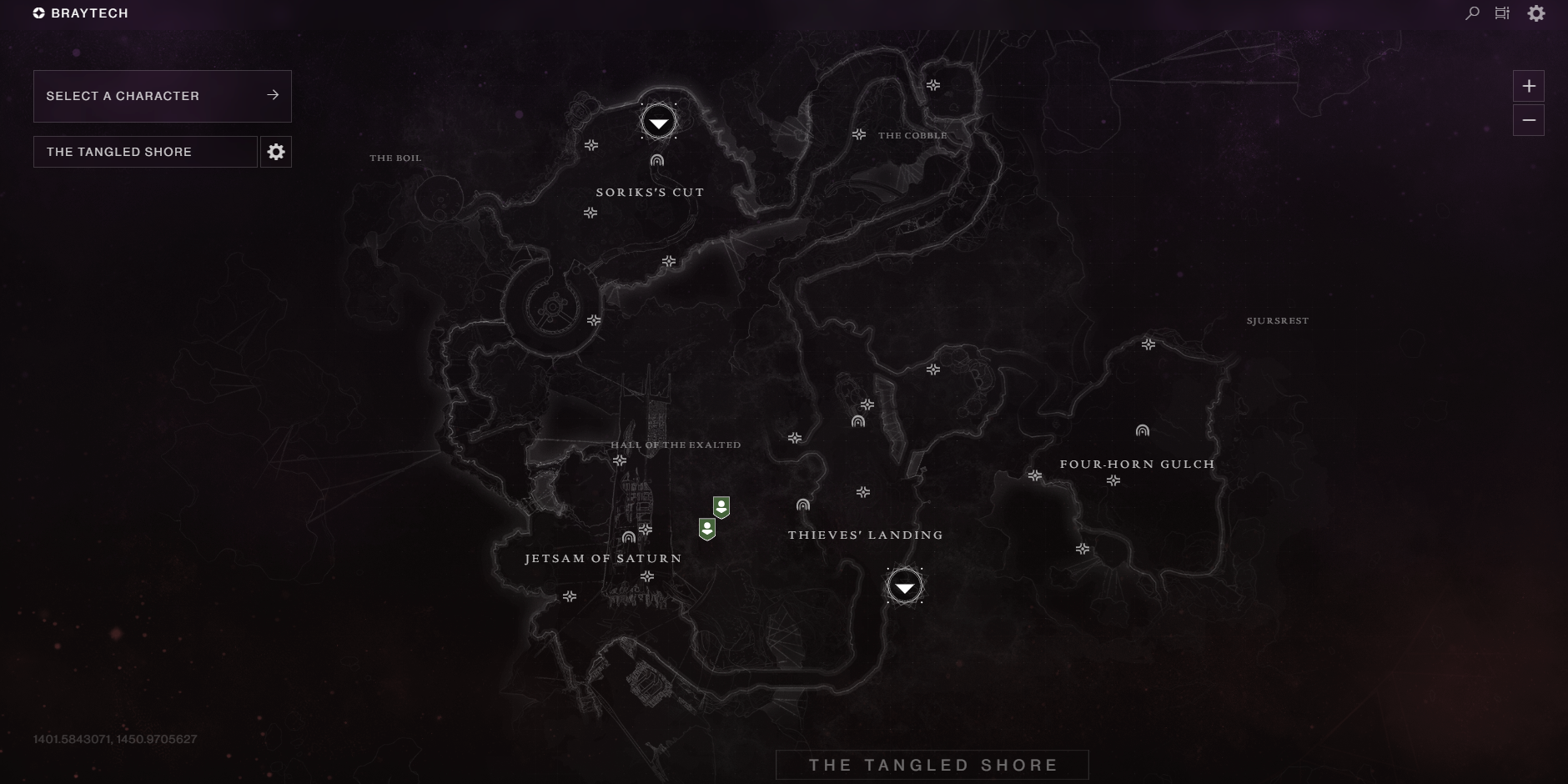 The Tangled Shore has 18 region chests for Guardians to find. Four are in Thieves’ Landing, four are in Four-Horn Gulch, two are in The Cobble, four are in Soriks’s Cut, and four can be found in the Jetsam of Saturn. 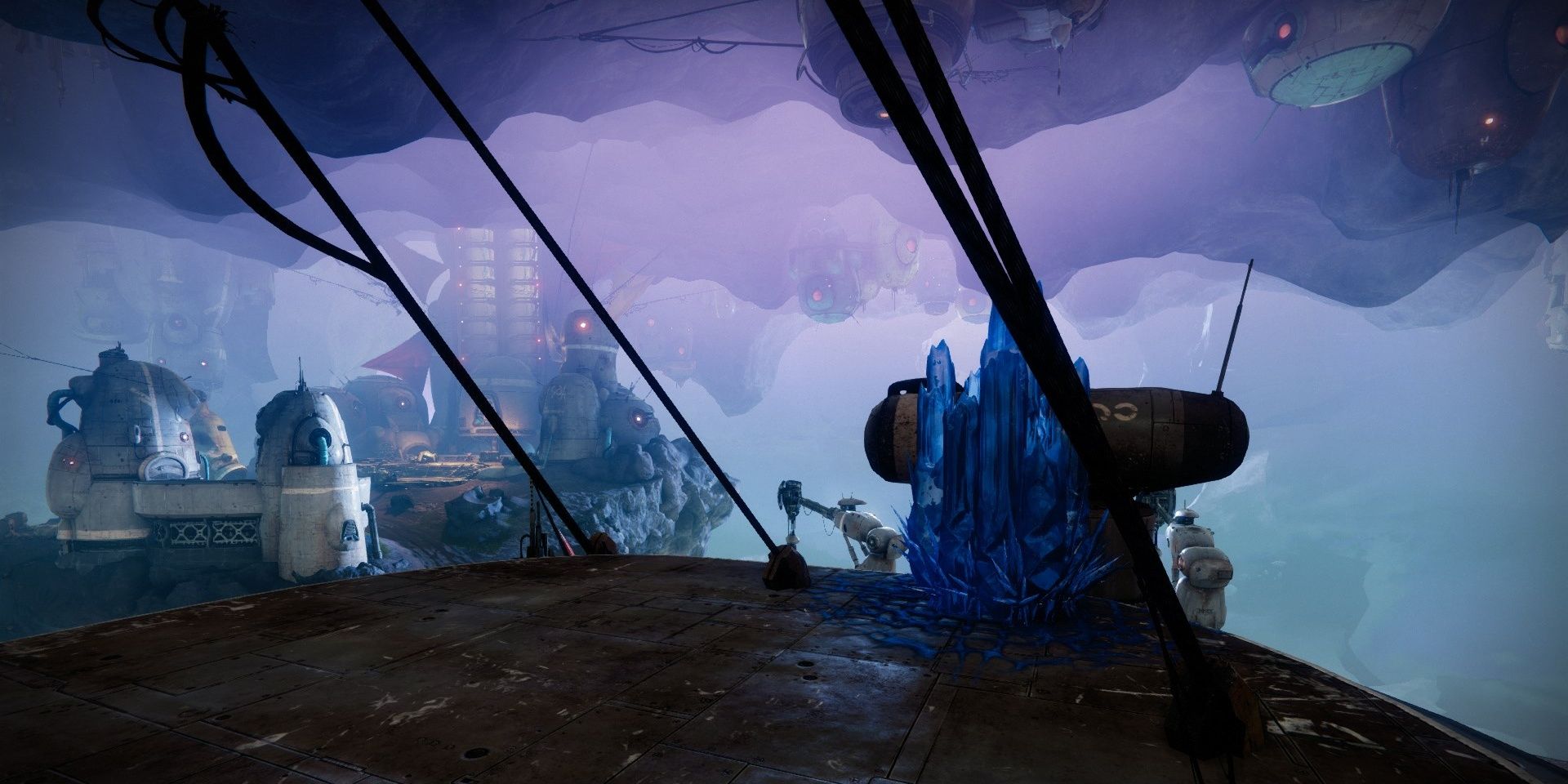 Jump atop the building directly north of spawn to find this chest. 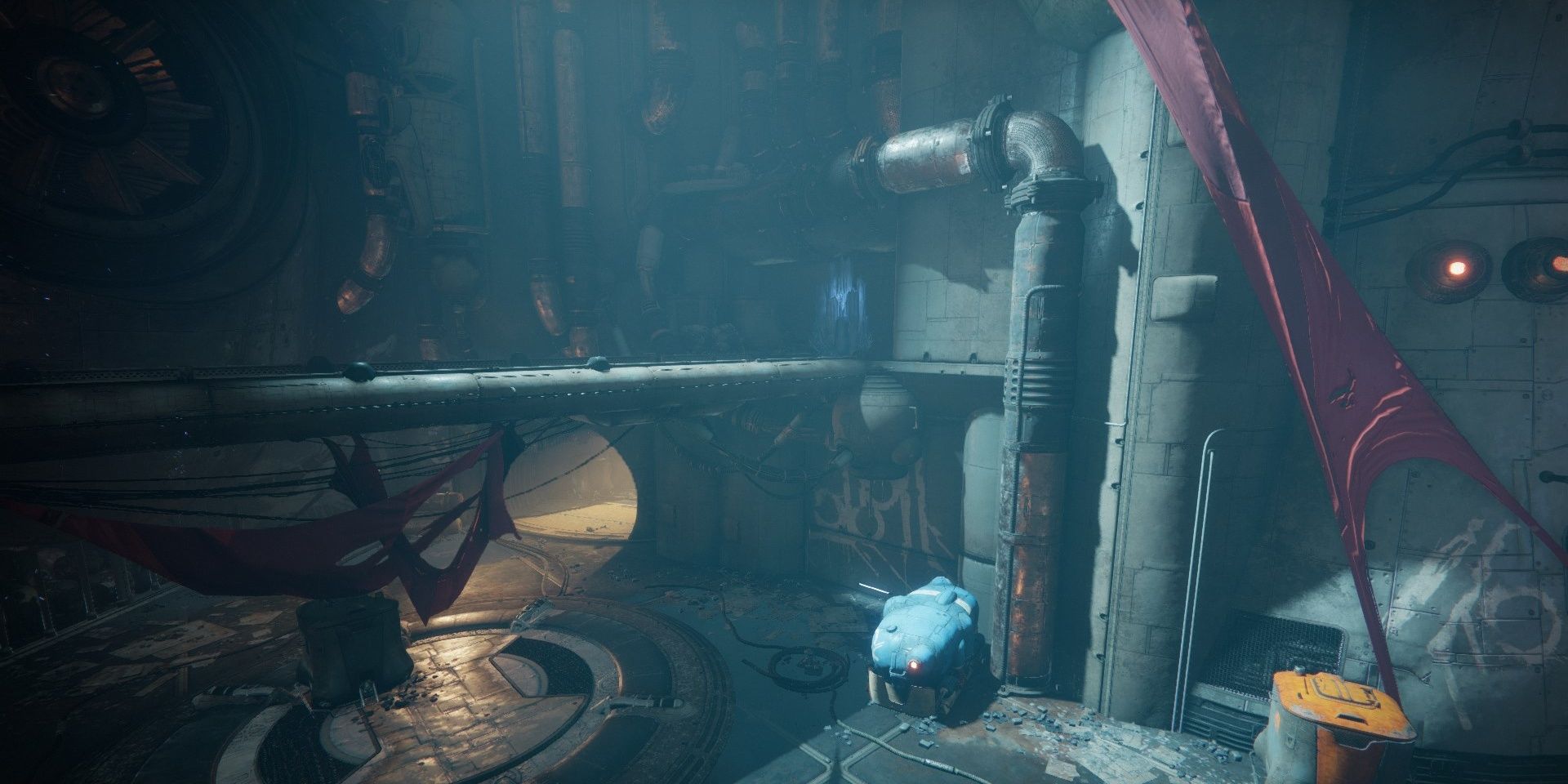 You can find this chest on the western part of Thieves’ Landing. Before you enter the passageway to Quitter’s Well, jump up to the bridge shown above to find a region chest. 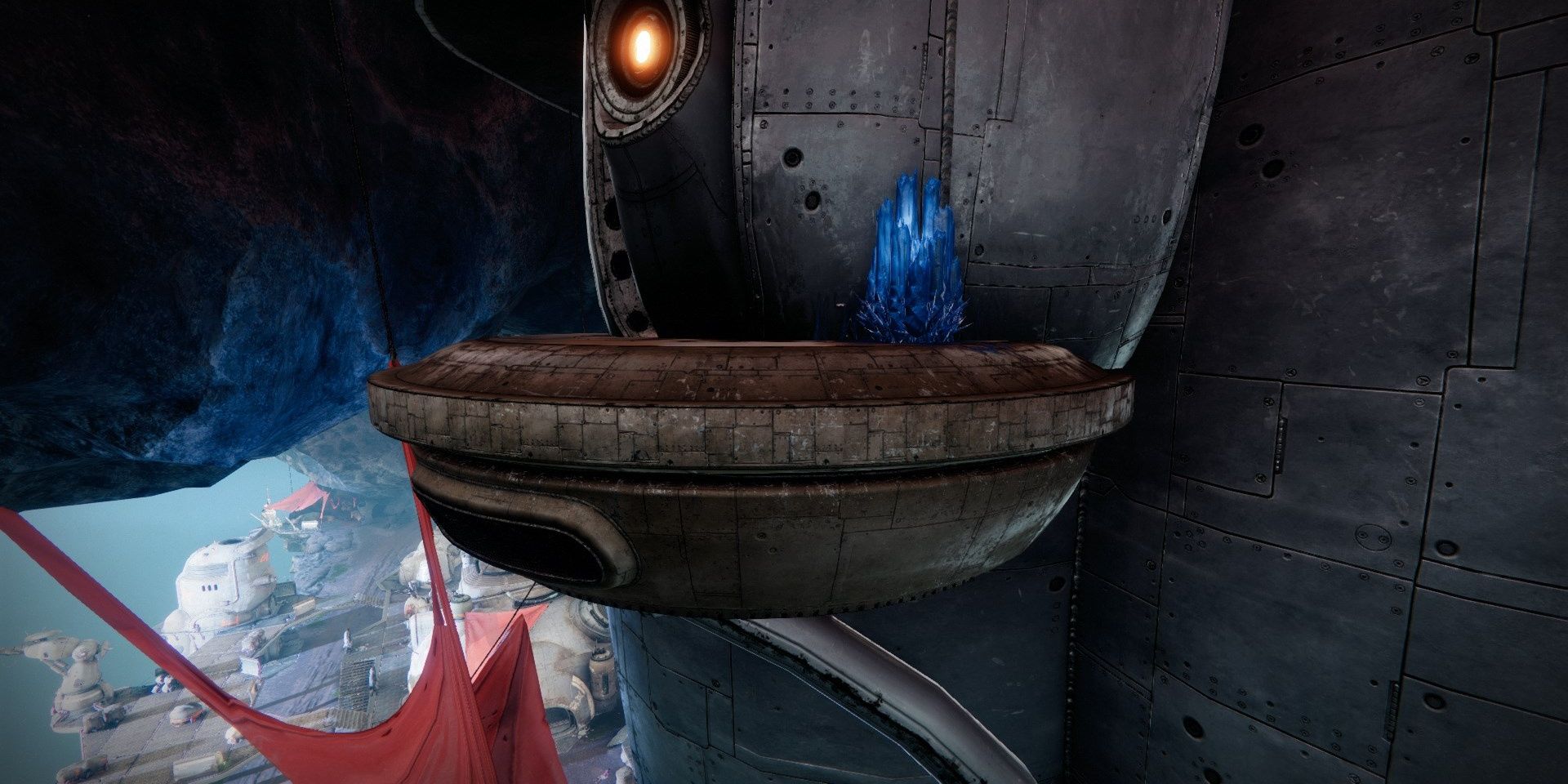 Ascend the gravity lift in the central building of Thieves’ Landing. When you reach the upper floor, look down from the bridge to find a platform you can drop down to. On this lower platform is this golden chest. Drop down to get it. 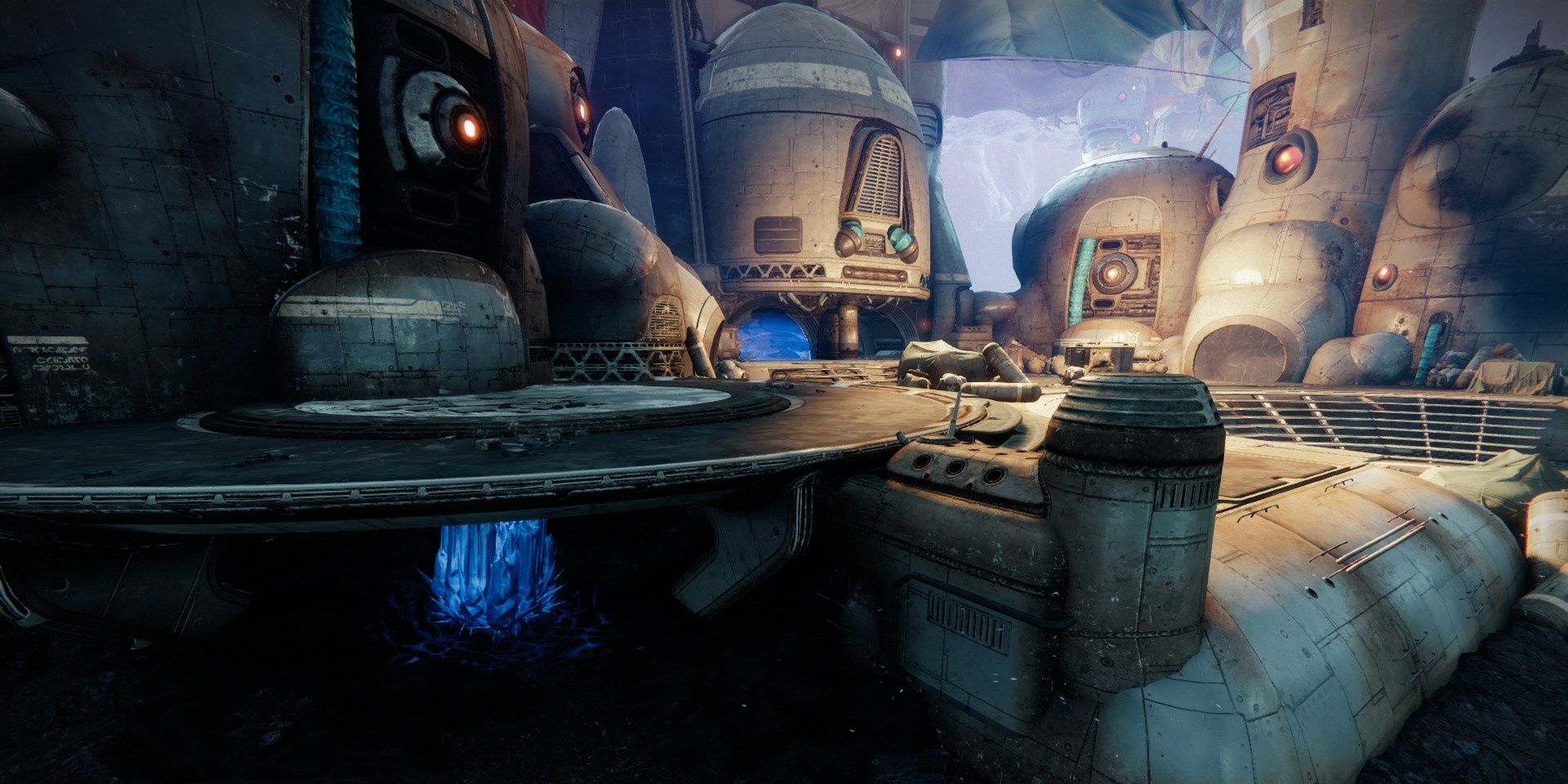 This region chest is located under a circular platform on the northeast corner of Thieves’ Landing, just before you ascend the gravity lift towards Four-Horn Gulch. 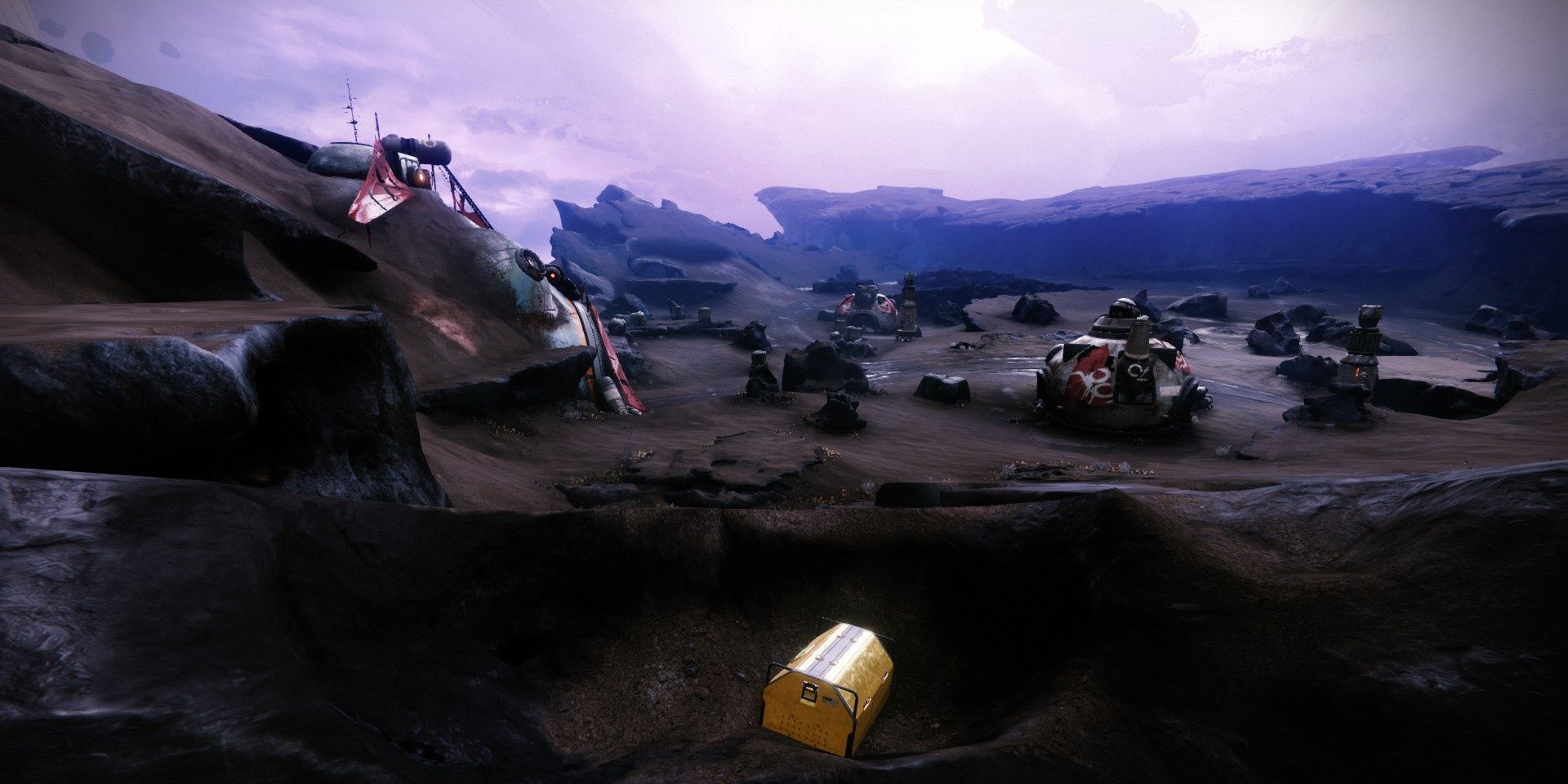 Right as you enter the Four-Horned Gulch, turn right and head to the edge of the map. A region chest can be found at the western corner of the map on this edge. 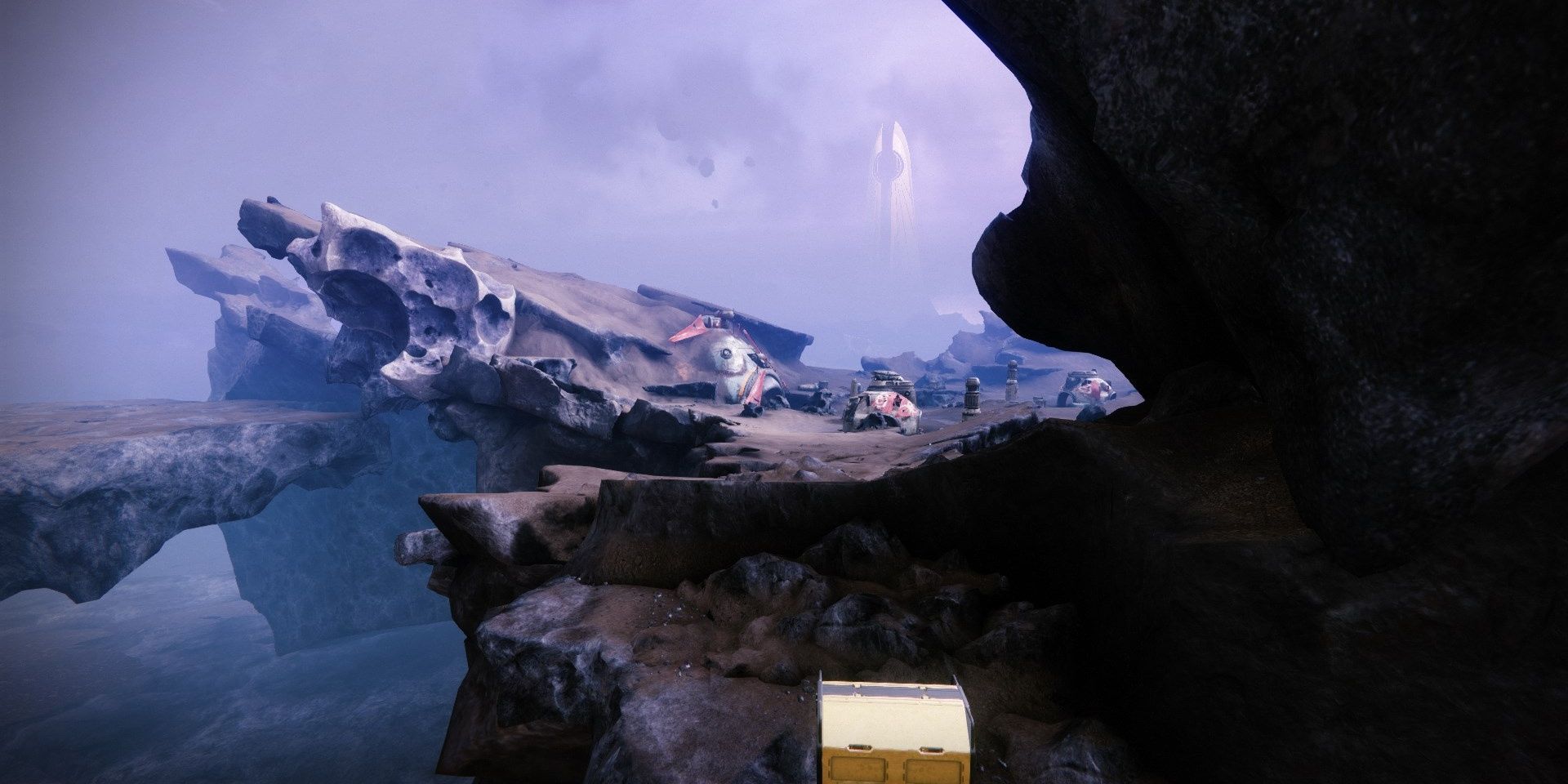 Reach the southwest corner of Four-Horn Gulch to find this chest. 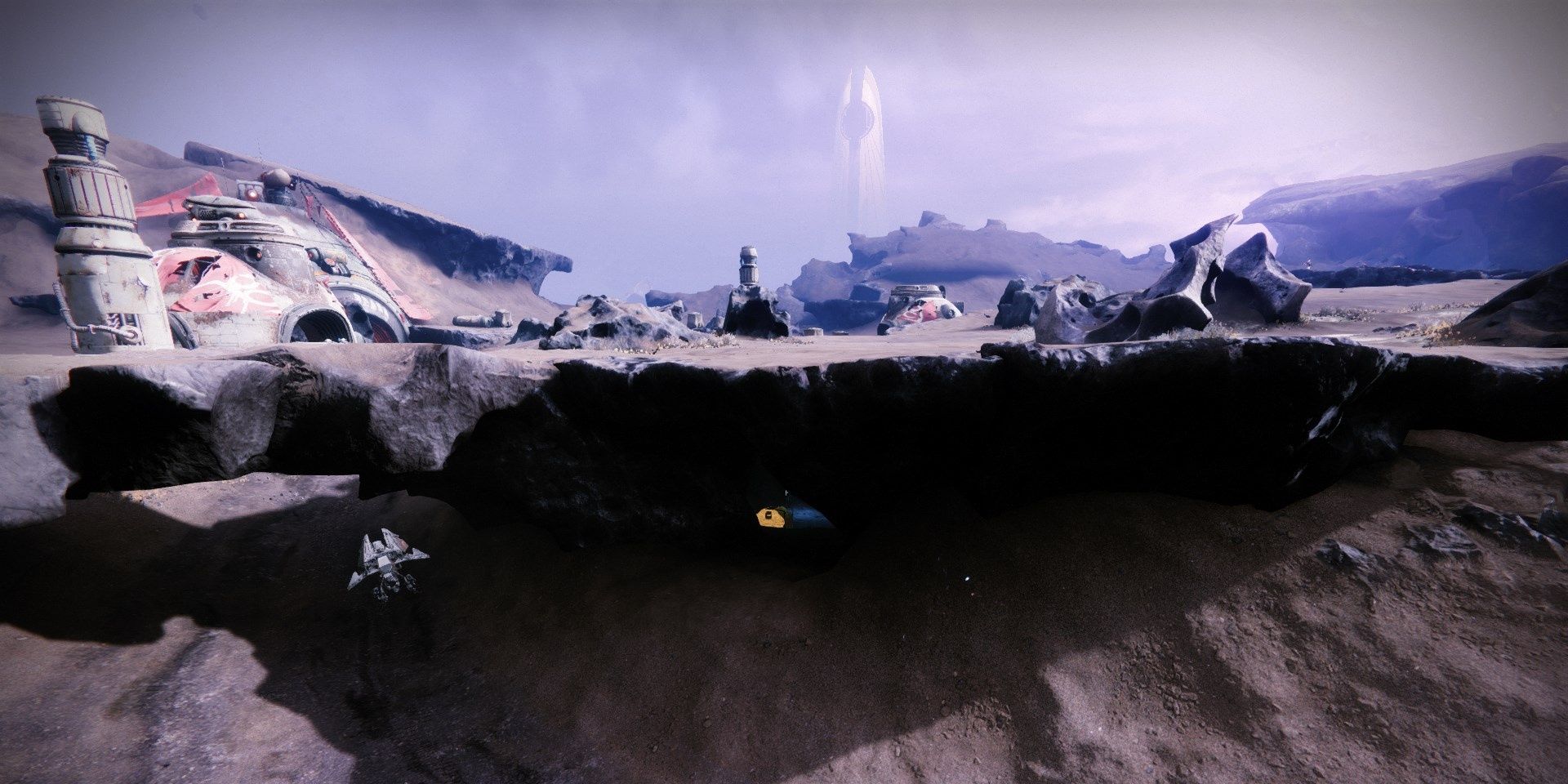 This chest can be found in a cave on the southern end of Four-Horn Gulch. Drive along the main path until you find the cave shown above. Run inside to find the chest. 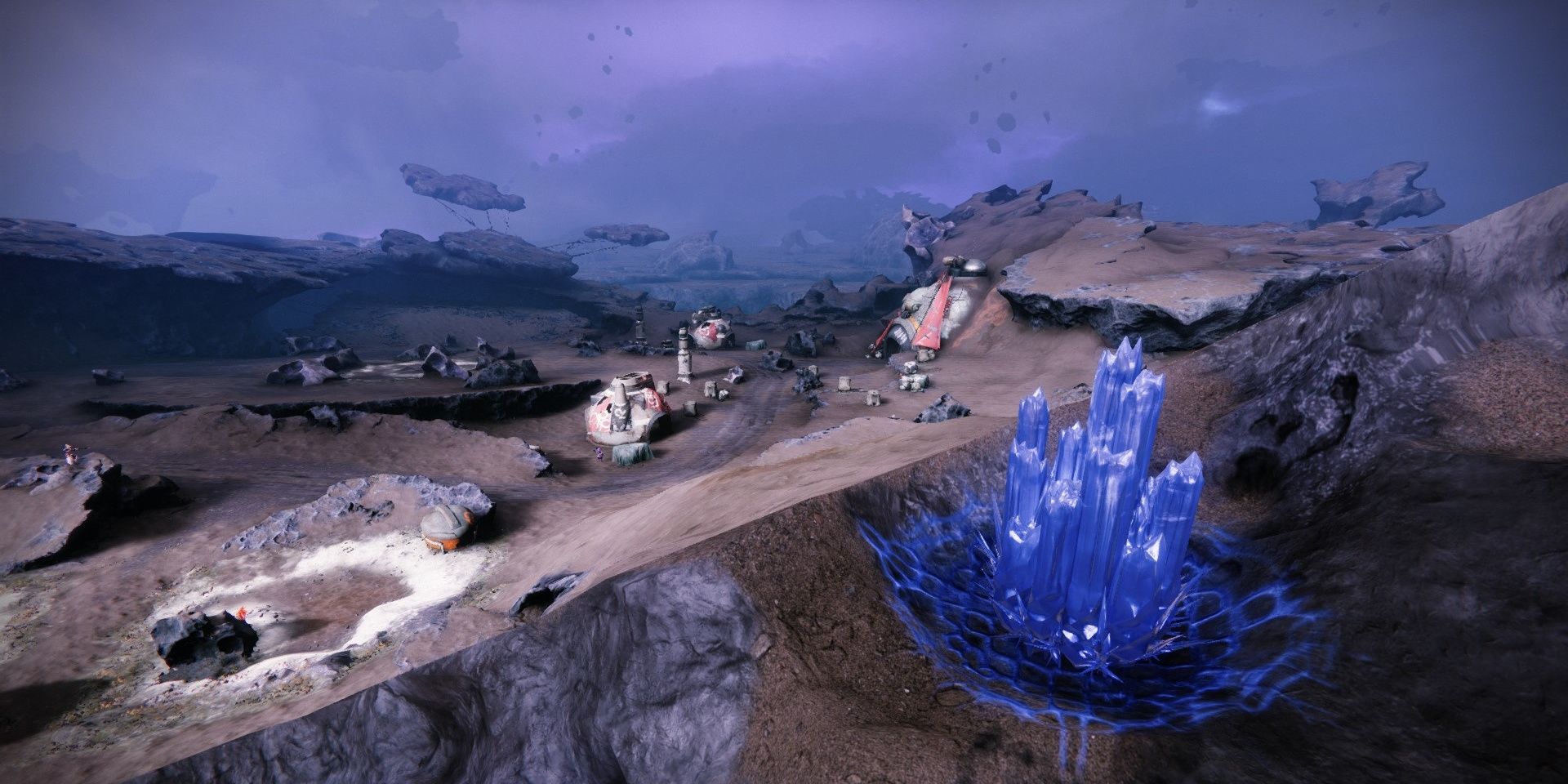 Travel to the northern edge of Four-Horn Gulch. The edge will make a slight dip, revealing a region chest overlooking the region. 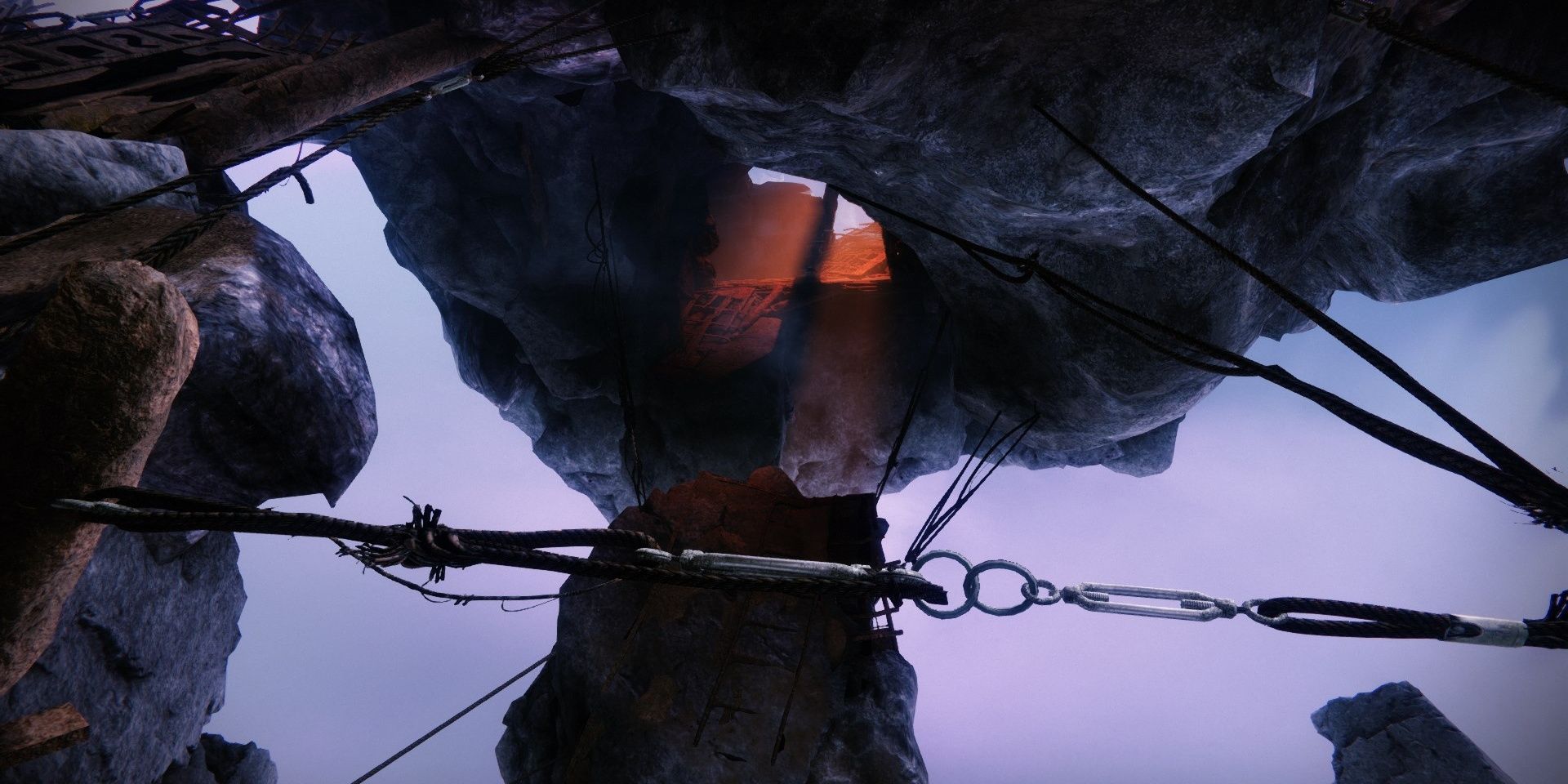 While on the northbound path in The Cobble. Keep your eyes to the right side of the path.

When you make a bend and face some Cabal, you should find the path shown in the above picture. Drop down to the path. 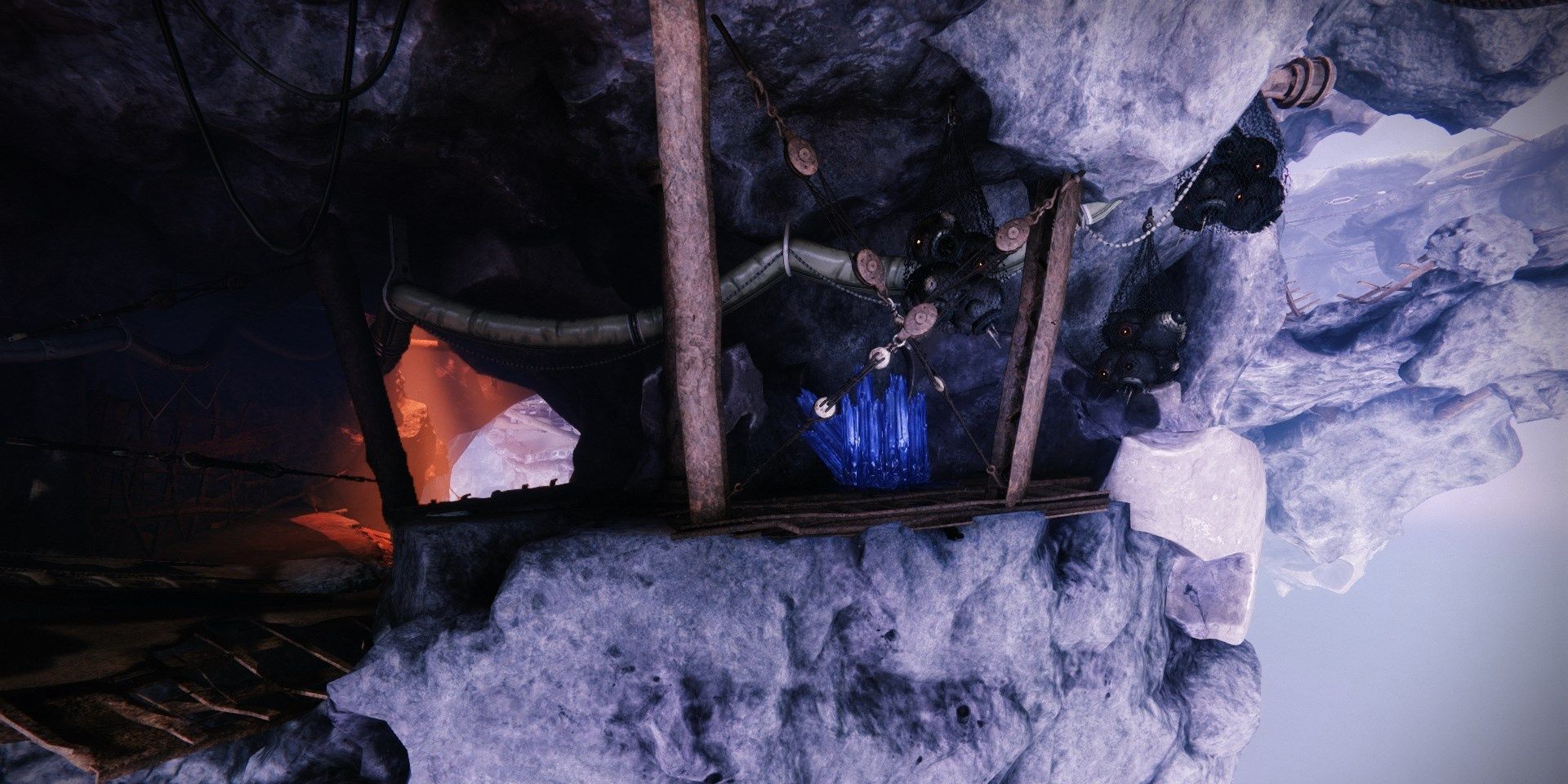 Instead of following the path all the way, take a left once you leave the small tunnel with red lights. Jump up the chest-high wall to find this golden chest. 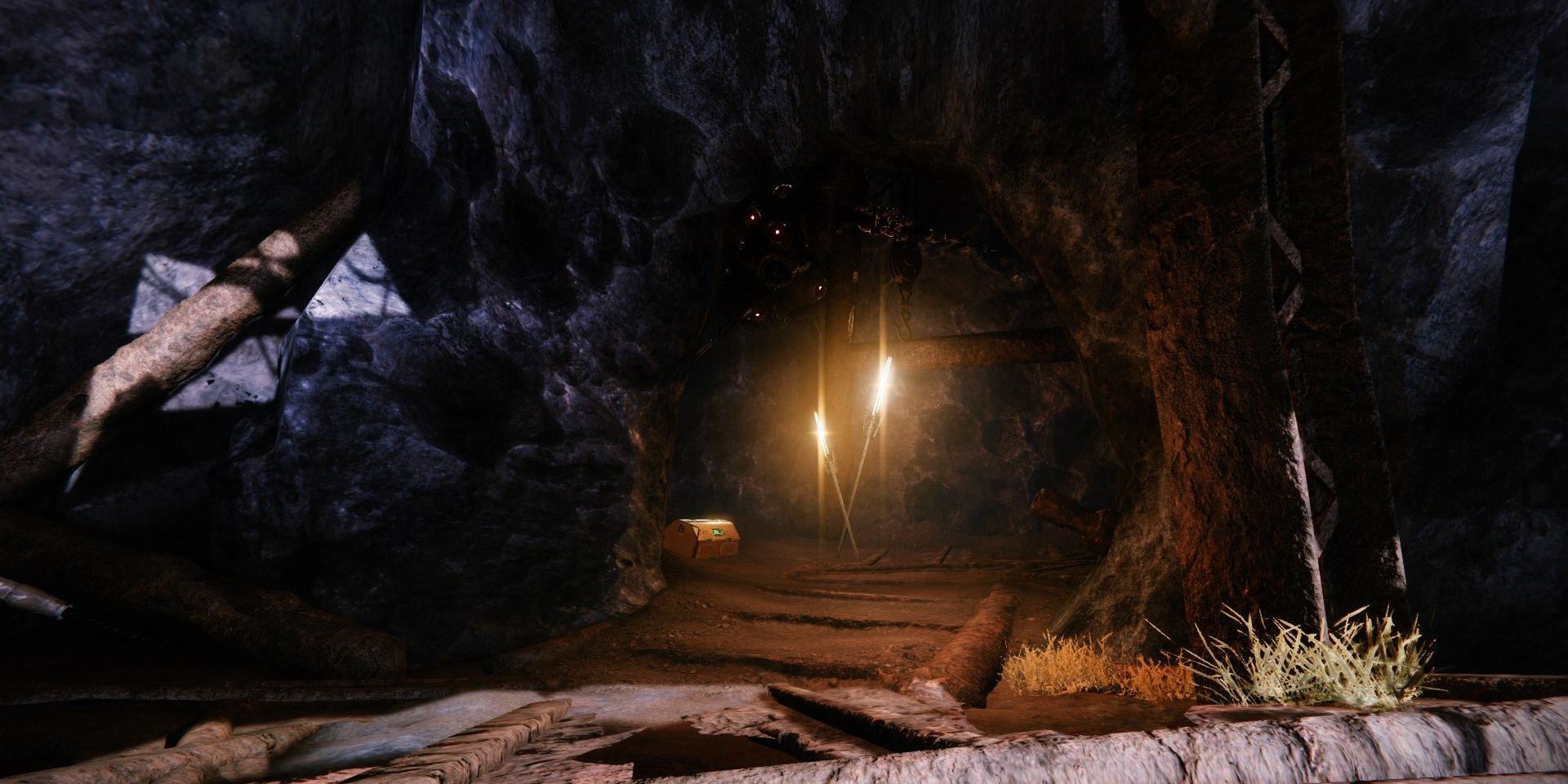 From the above location, turn around and head in the opposite direction. The end of that path will have a region chest inside of a small cave. 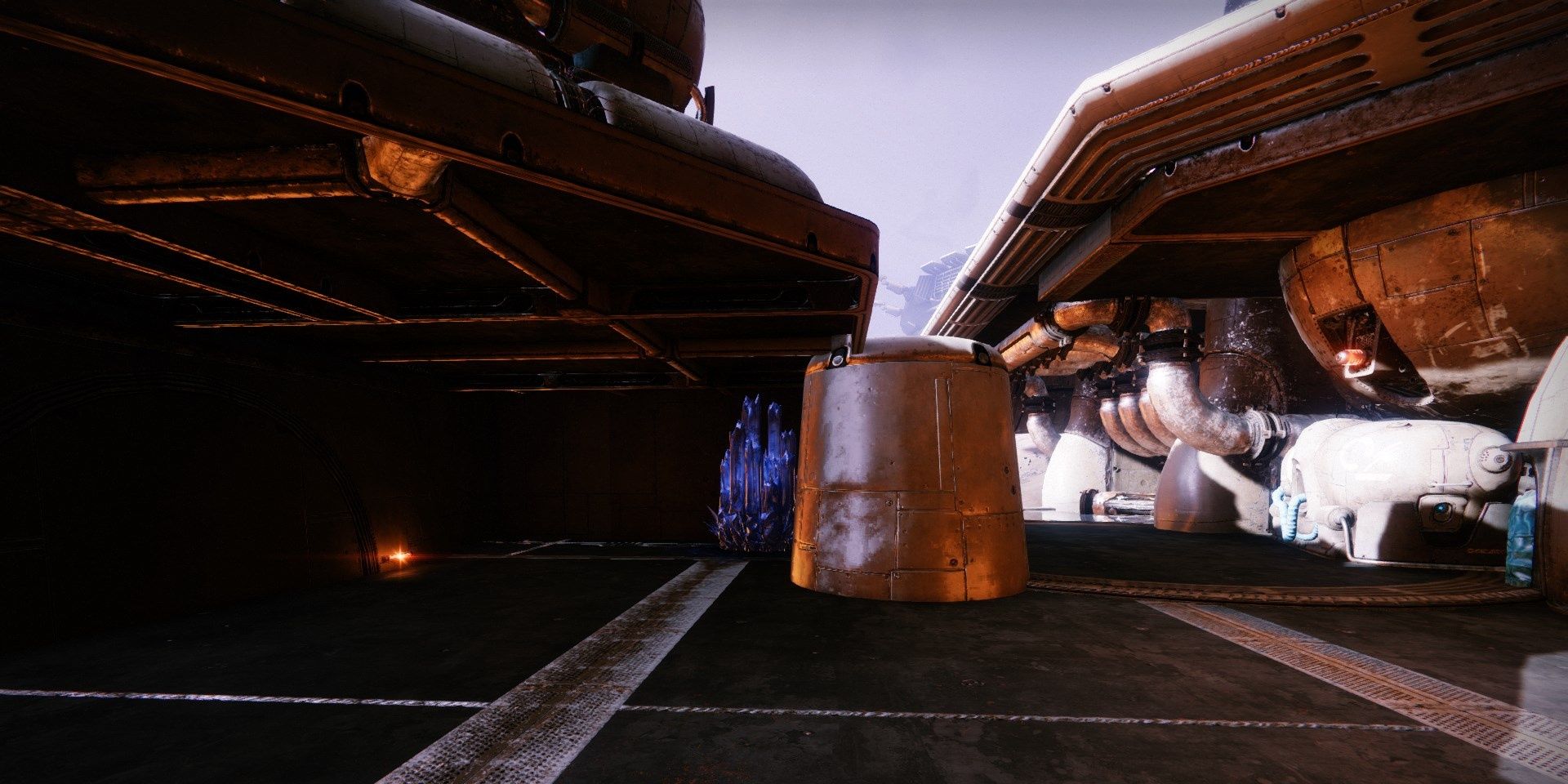 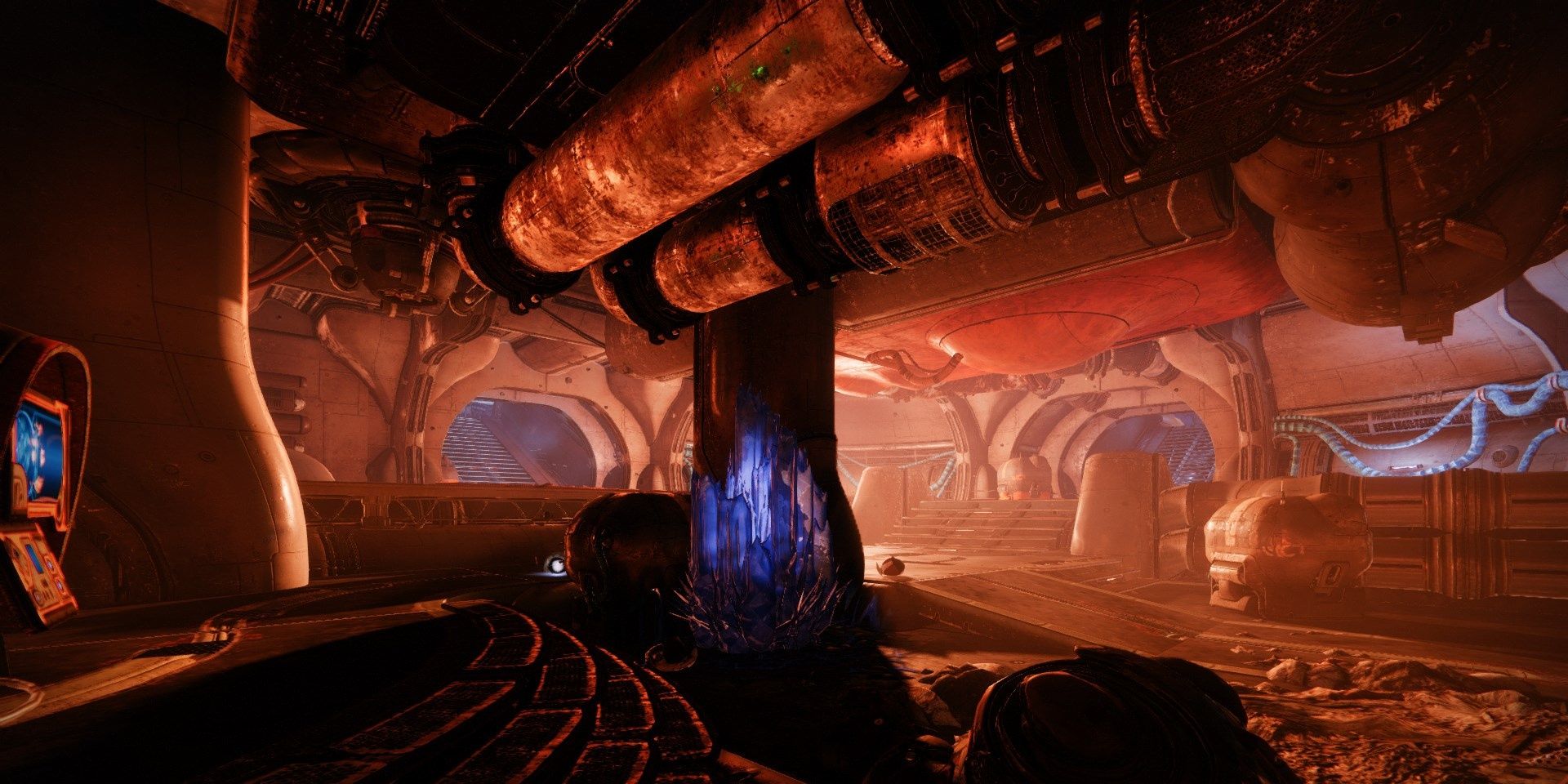 Travel to the isolated Fallen building left of the first “s” in “Soriks’s” on your map. Head down to the lower level, killing any Cabal inside. You’ll find the chest hiding behind a pillar. 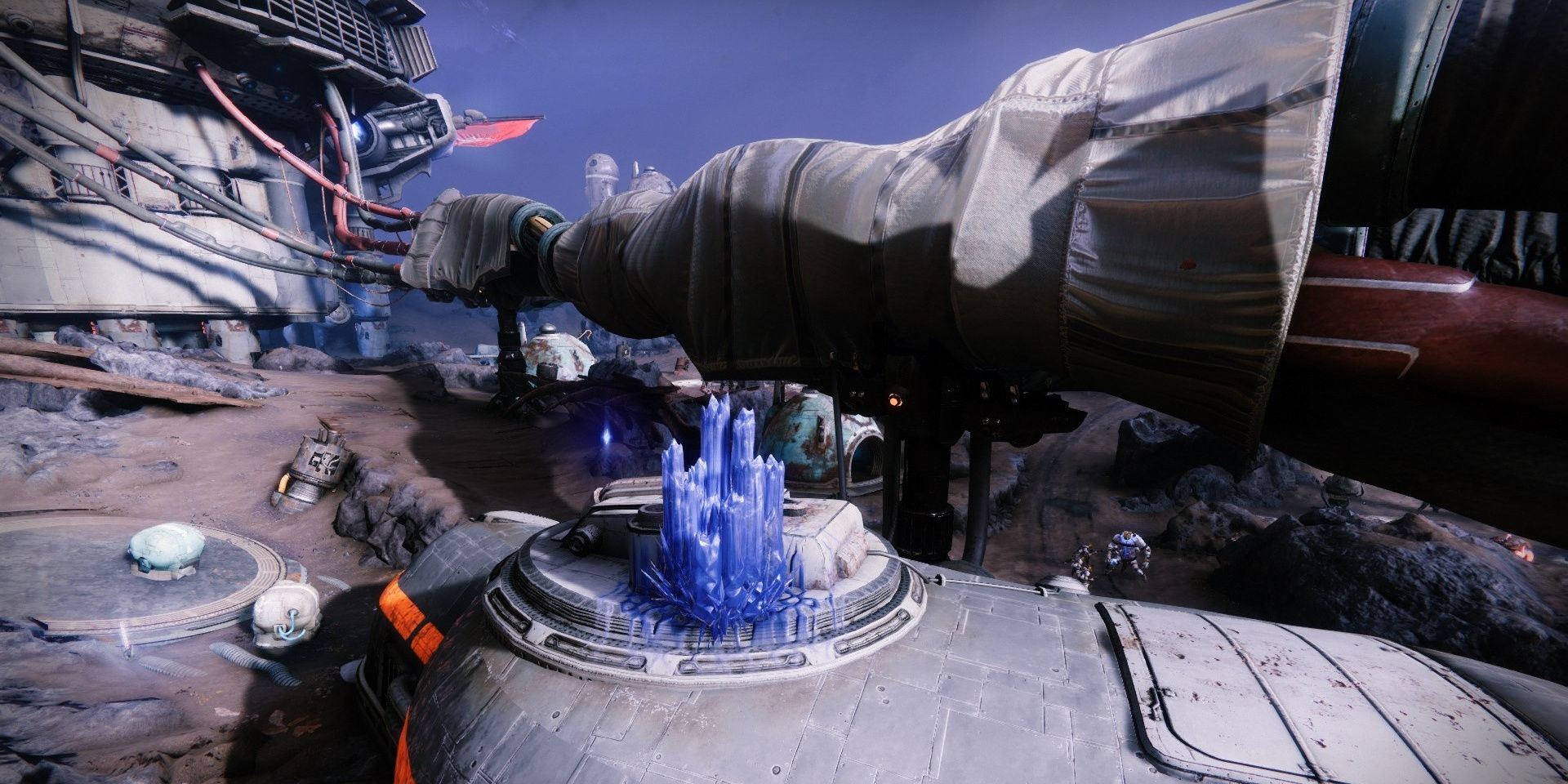 Head to the southern end of Soriks’s Cut. Jump atop the Fallen building to find a region chest. 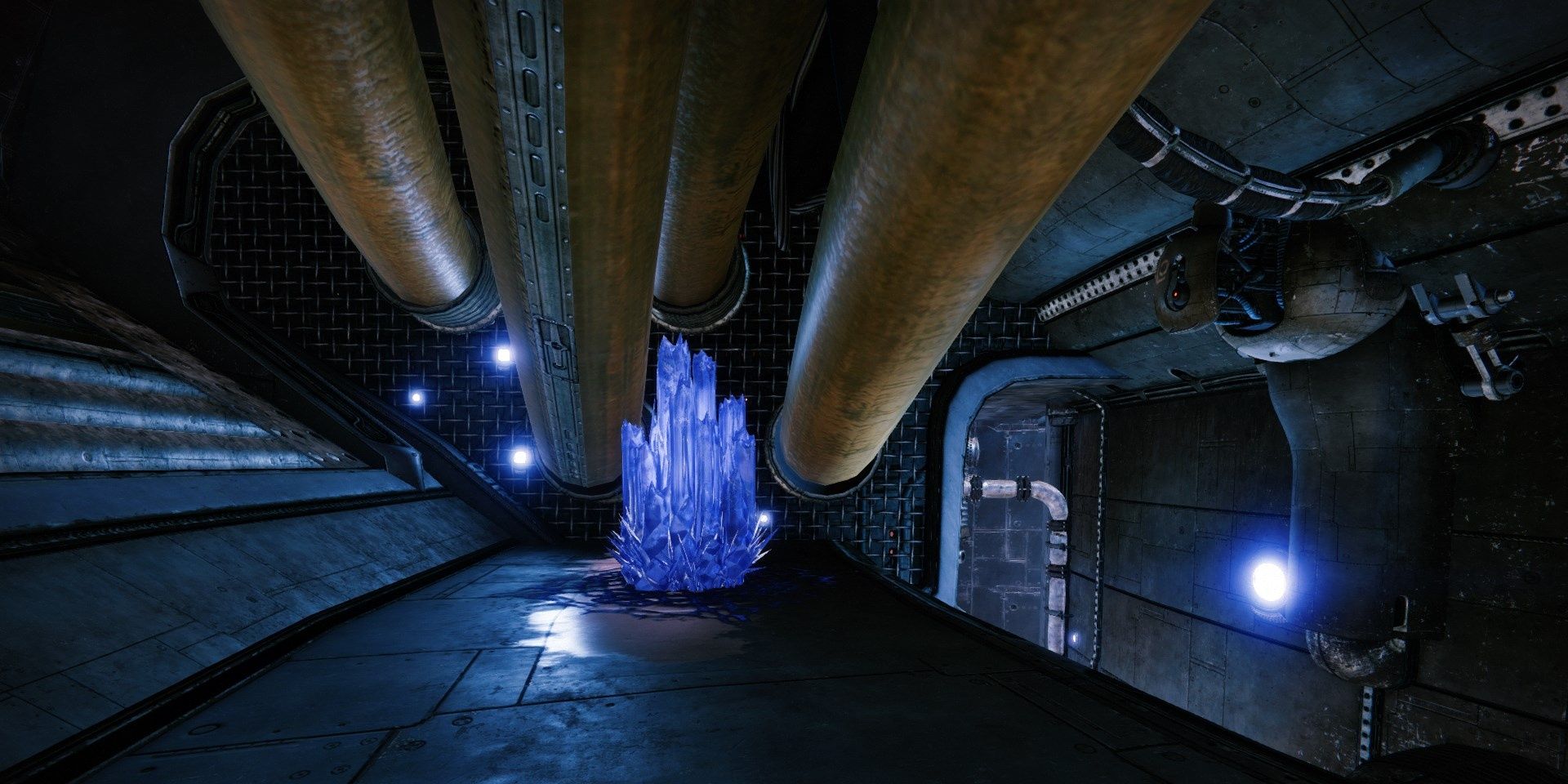 You’ll find this chest in the Rifleman’s nest. Run up the spinning contraption at the western end of Soriks’s Cut. When you reach the top floor, turn around to find the chest. 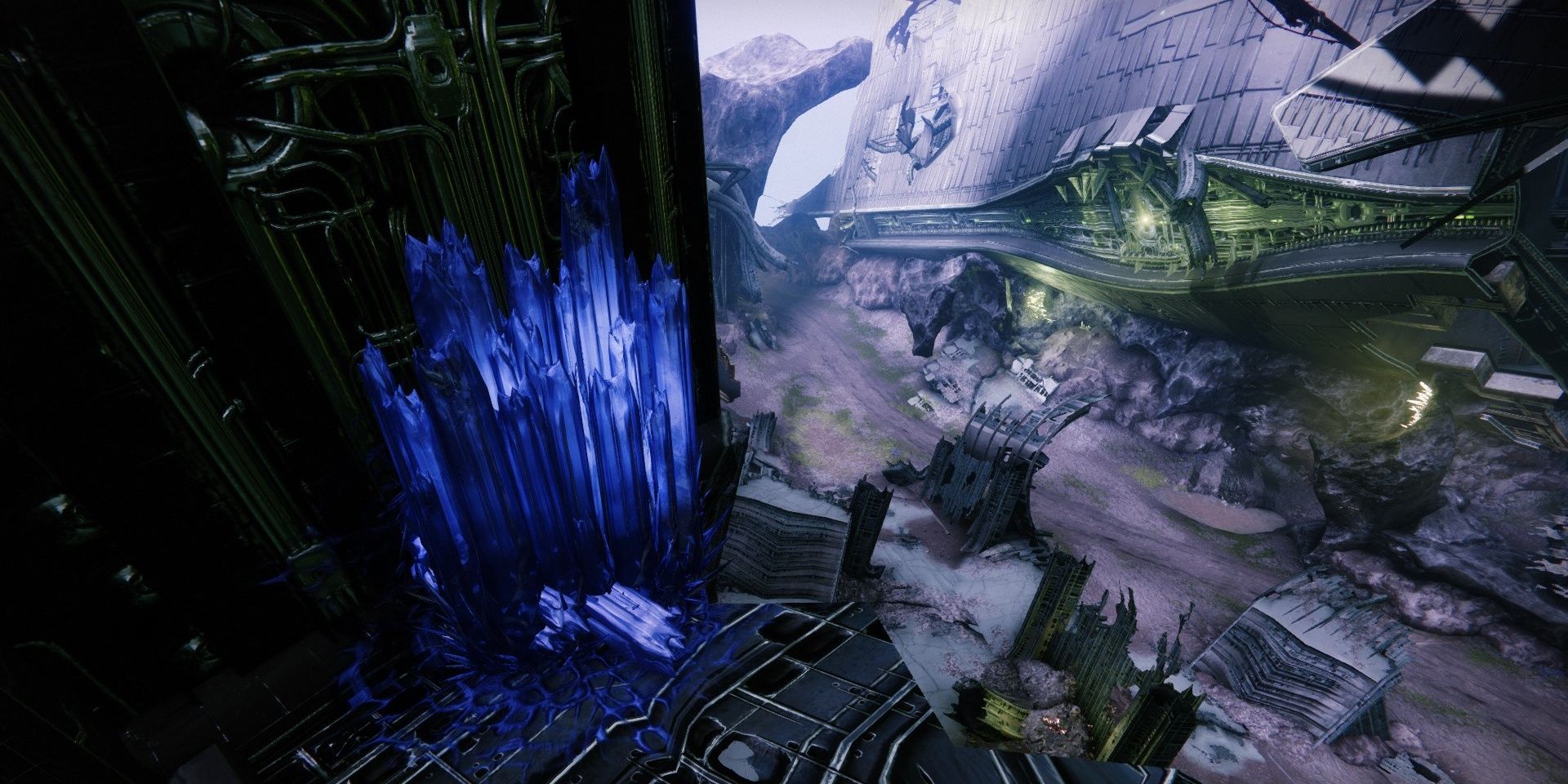 Climb up the Hive ship debris on the southern end of the zone to find this chest. It’ll be on the top floor overlooking the zone. 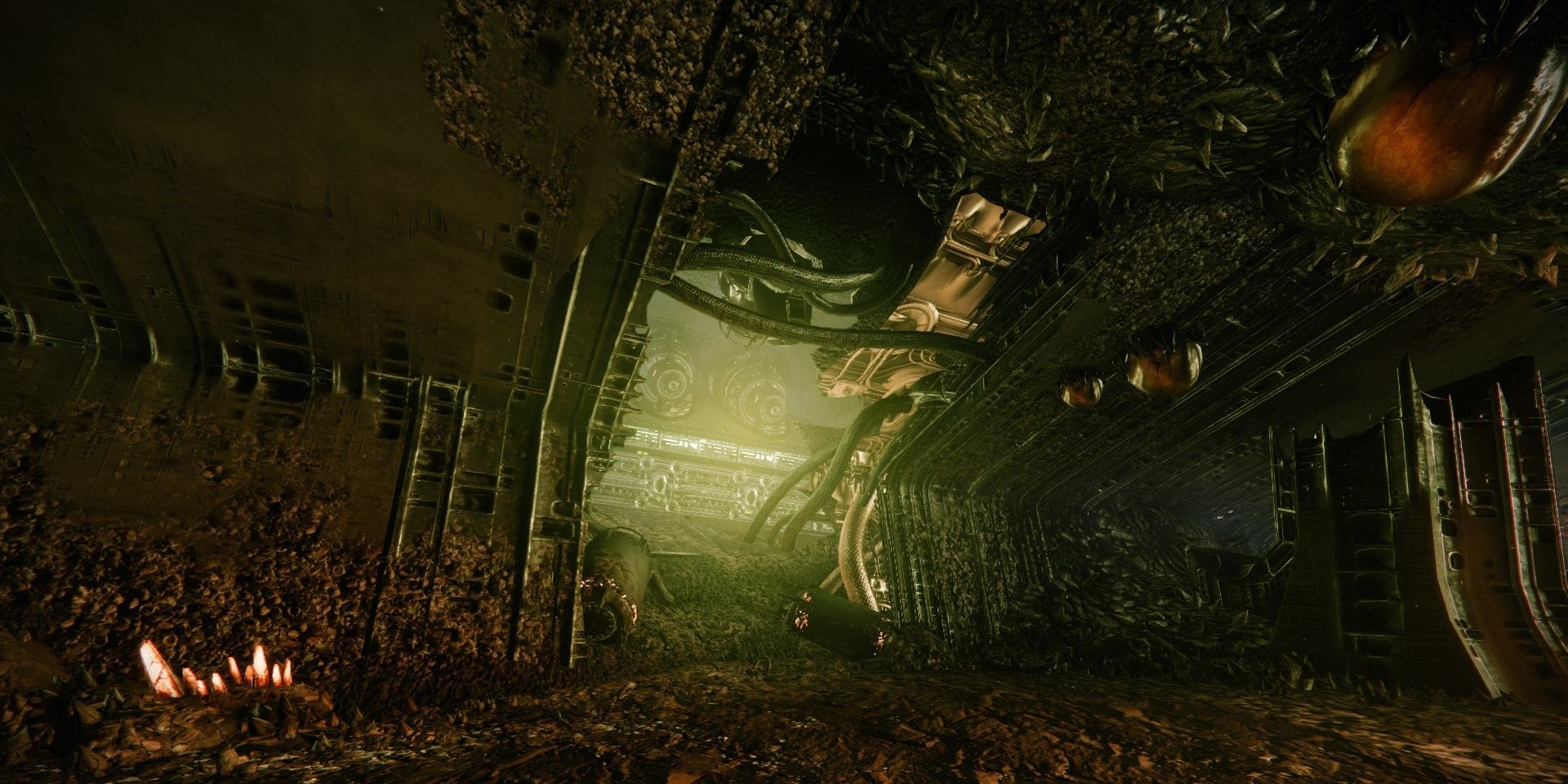 Enter the Hive ship from the southern end of the Jetsam of Saturn. On the left wall will be a hole you can run through. Turn left, then jump up the manhole to find a region chest. 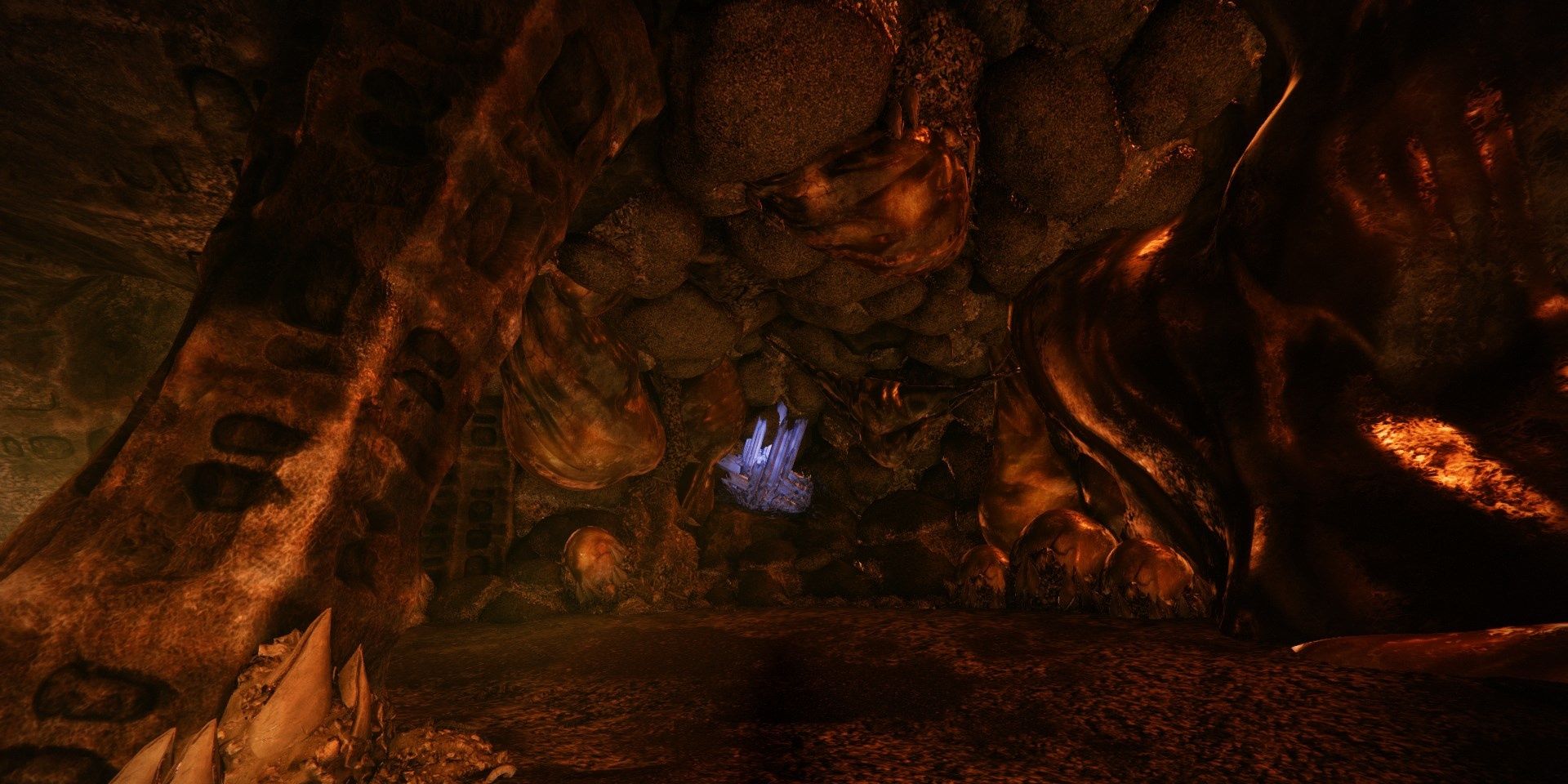 Head to the Shipyard AWO-43 Lost Sector. Instead of running inside, turn left and enter the adjacent tunnel. This path will lead you to a cavern with a region chest on the opposite wall of where you enter from. 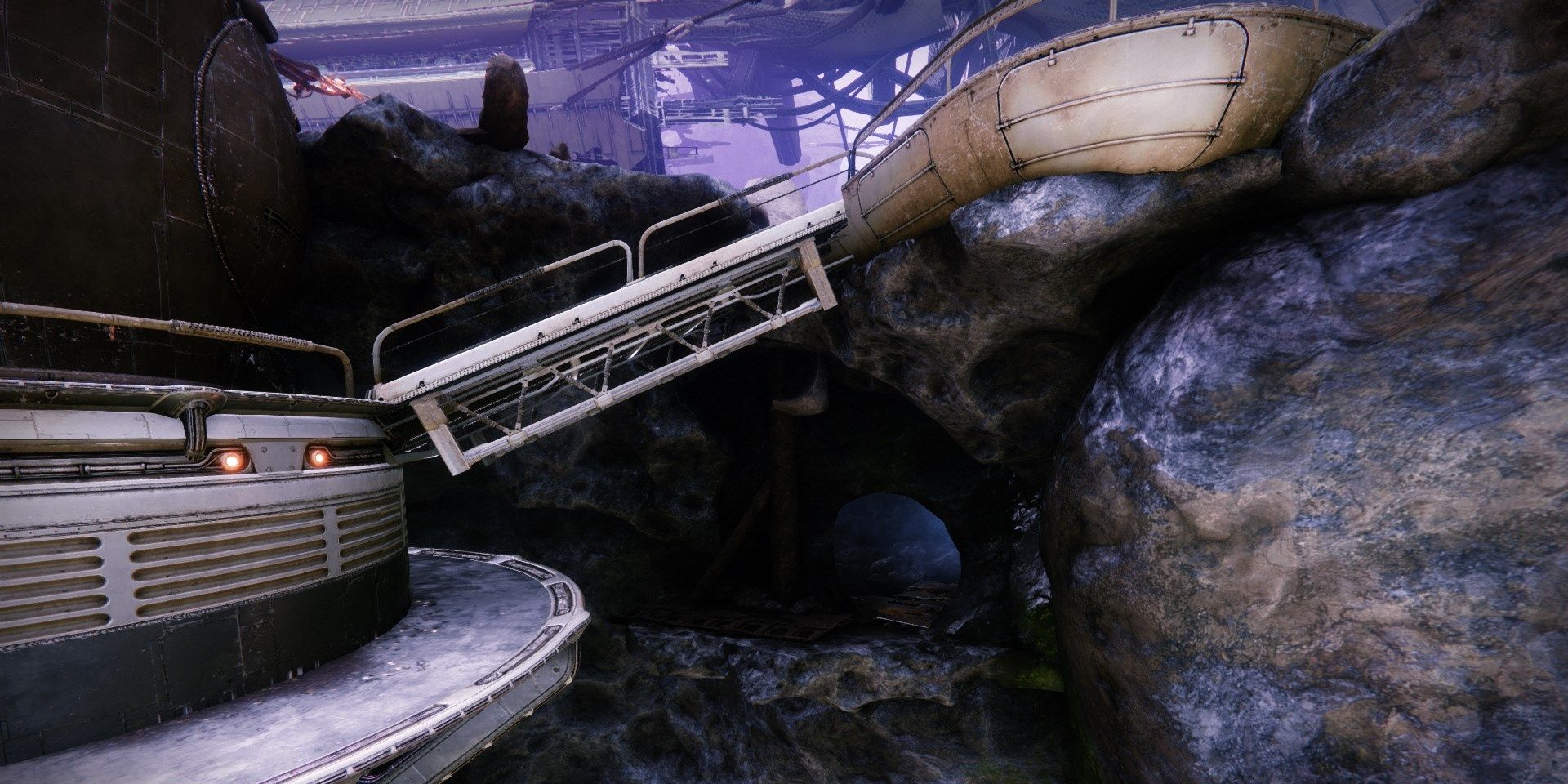 Travel to the western end of the Jetsam of Saturn, the same platform that spawns this region’s public event. On the southern end of this platform is a hidden cave entrance. Enter the cave to find this chest.

Next: Destiny 2: Beyond Light Complete Guide And Walkthrough 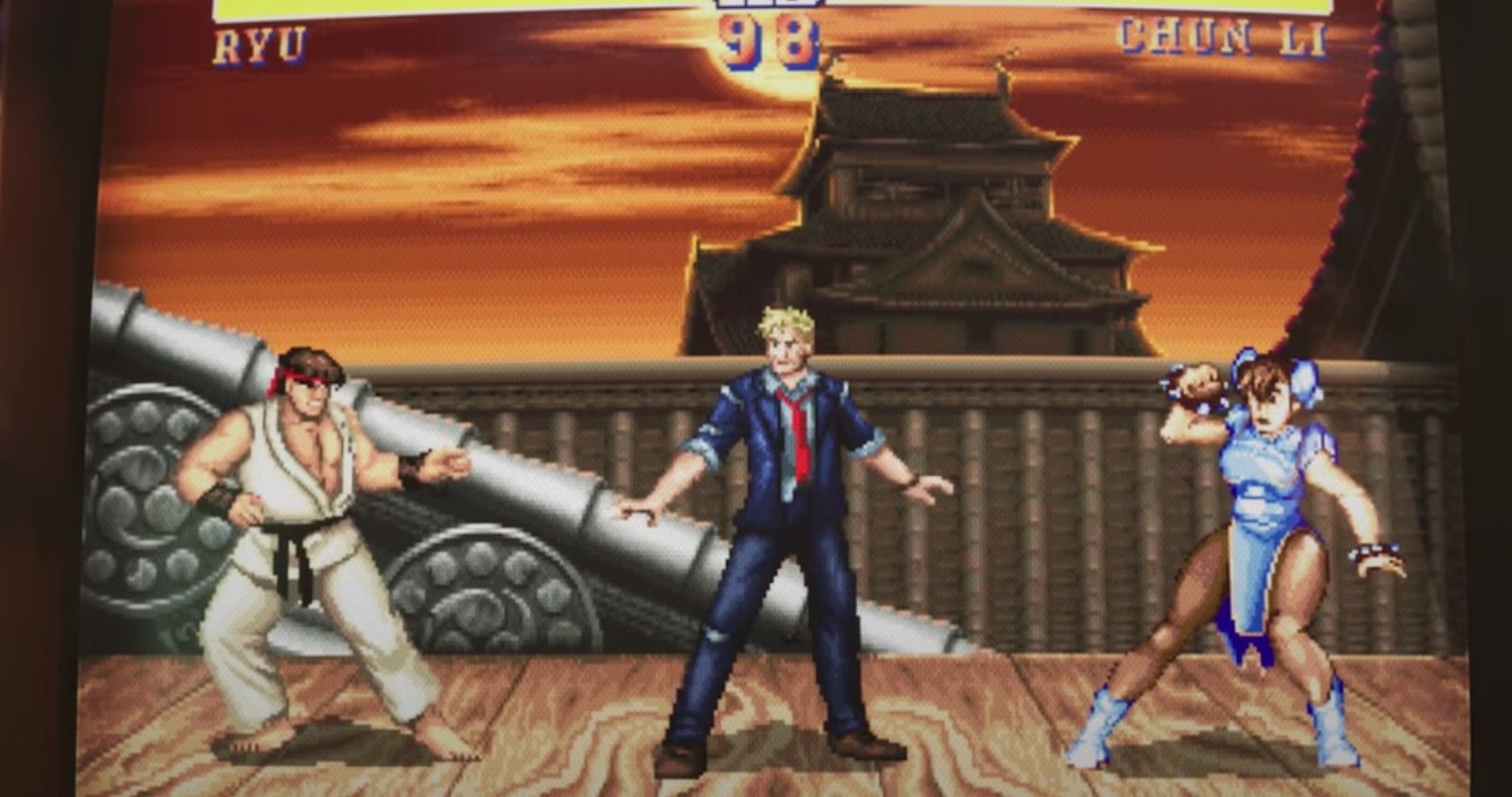