The average Soulsborne game hides its side quests in plain sight. Saving Solaire in Dark Souls is a trial in and of itself, as is reaching the criteria to trigger the true ending in Bloodborne. FromSoftware knows how to make players earn their extra content, a fact which holds true all with the PS3 cult classic that started it all: Demon’s Souls.

BluePoint Games’ PS5 remake has given modern audiences an opportunity to dive into one of FromSotftware’s best games. Slower and more methodical than the average Dark Souls, Demon’s Souls caters to a style of play that’s often unseen in the medium. Patience goes a long way in saving Boletaria’s many NPCs.

Save for the Maiden in Black, Ostrava, of Boletaria is arguably Demon’s Souls’ standout character. Ostrava’s journey to confront his father takes him across the Archstone of the Small King in a tragic quest to right all that’s gone wrong. Unfortunately, Prince Ariona Allant’s charisma is countered by his cowardice. Ostrava isn’t going to get through Demon’s Souls alive – but players should at least take advantage of the prince while they still can. 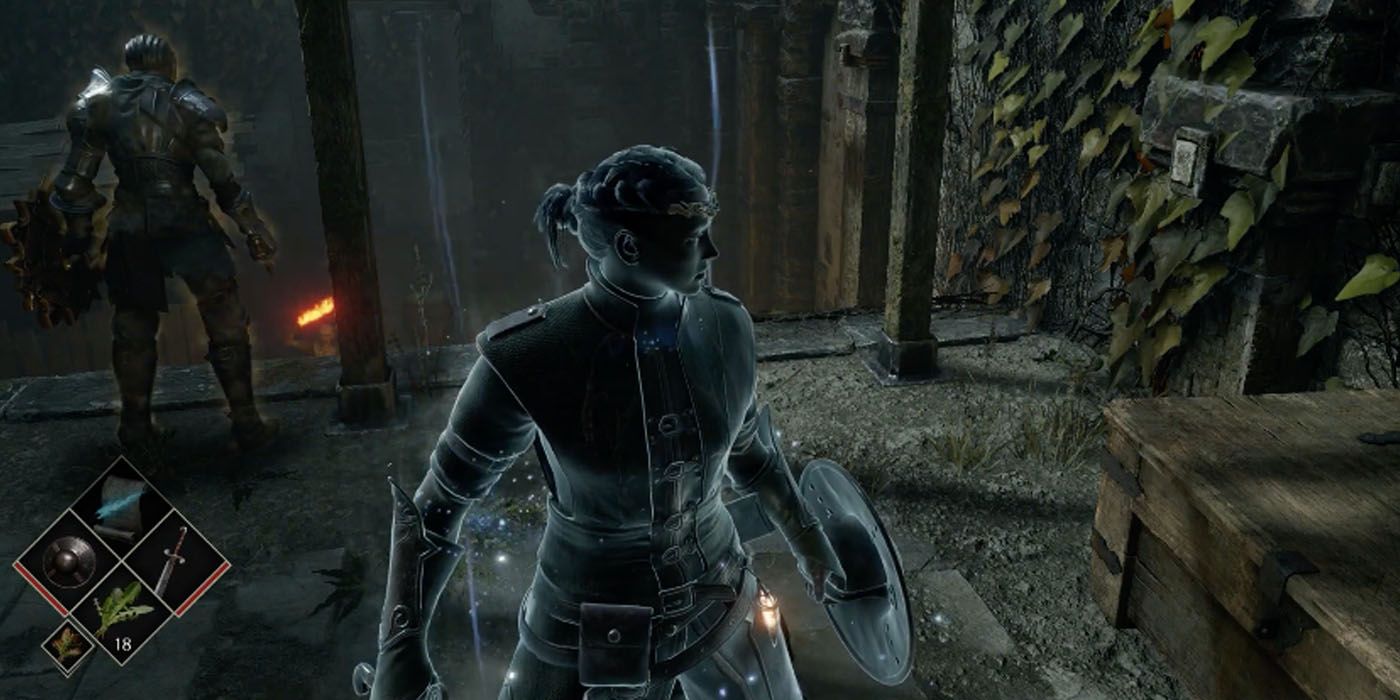 Ostrava’s questline begins in earnest during Demon’s Souls’ first stage. While players can’t level up until after defeating Phalanx – the stage’s boss – the Gates of Boletaria is a straightforward enough affair. Past the first fog gate above, however, is a hidden pathway that leads directly to Ostrava.

Ostrava will inform the Slayer of Demons that they’re looking for their father, remaining in 1-1 for as long as players do. Upon exiting the Archstone or defeating Phalanx, Ostrava will move to the Nexus where he can be spoken with, offering important insight into both Boletaria’s history and King Allant’s court. 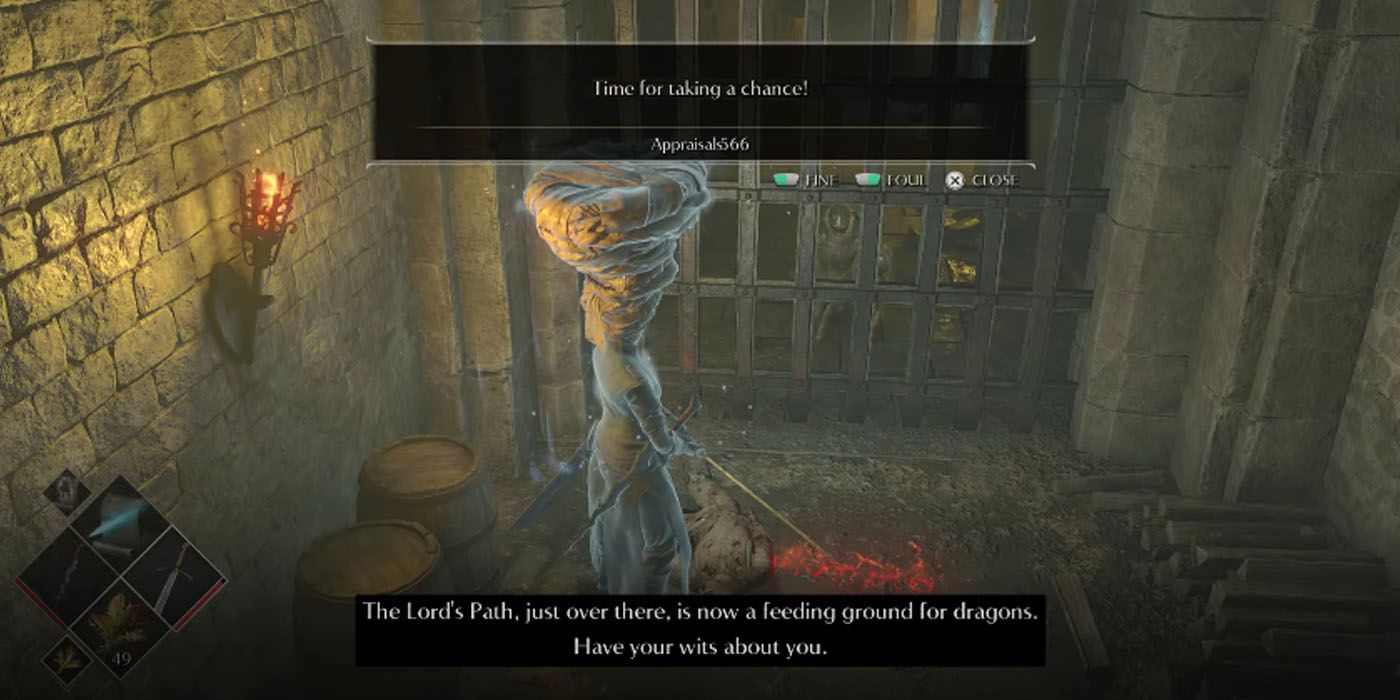 So long as Ostrava is alive and has been rescued, he will always follow players throughout the Archstone of the Small King – needing rescuing every single time save for the last. Ostrava can be found immediately at the beginning of 1-2, trapped behind the left gate in the starting room with all of the Hoplite.

Do keep in mind that returning to the Nexus without defeating the Tower Knight will respawn Ostrava behind the gate when returning to 1-2. Since he’s already been rescued, however, Ostrava will try to patrol the area, potentially getting killed by the soldiers and Dragling in the process. Either kill the Tower Knight right after saving Ostrava, or rescue him after each loss. 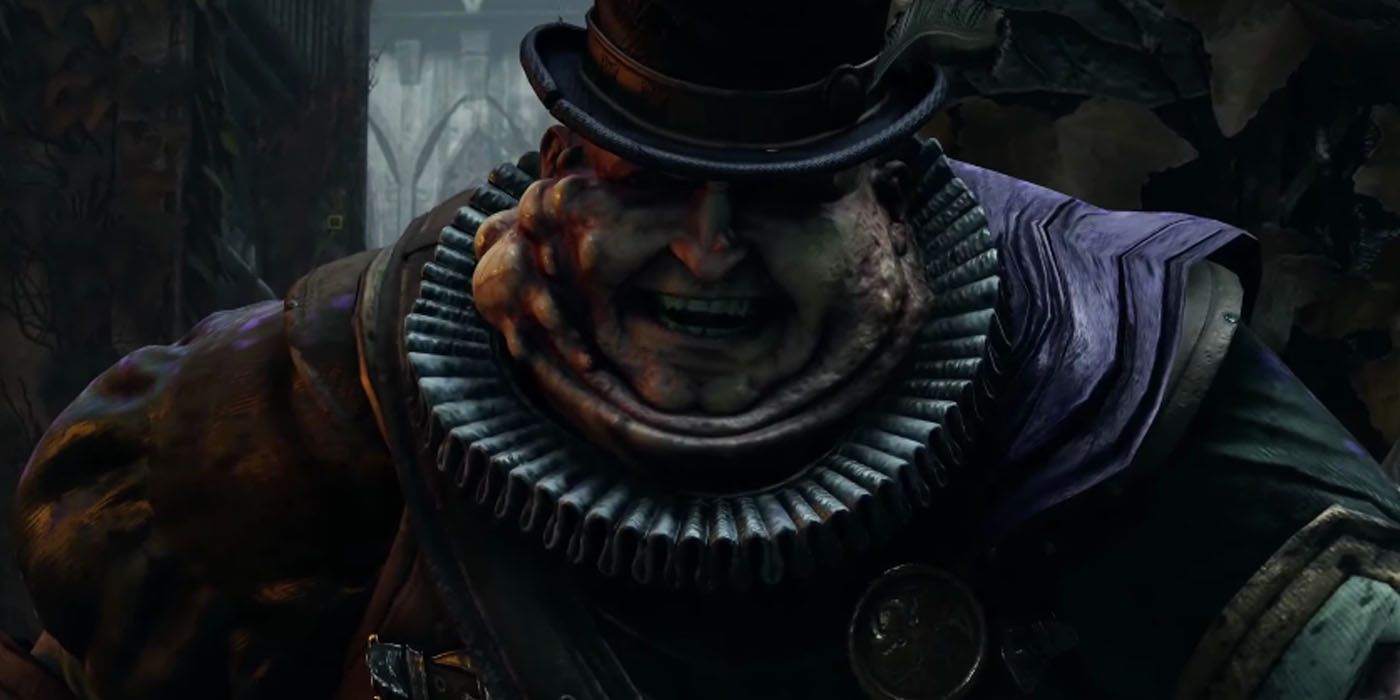 The central conceit of 1-3 sees players chasing a Fat Official throughout the entire stage, setting up a final confrontation between the Slayer of Demons and the demons who have effectively corrupted Boletarian society. Unfortunately, players are abruptly gated off inside the courtyard before they can make their climatic march up to King Allant’s Palace. With Ostrava nowhere in sight, the only course of action is to proceed through the stage as intended.

Take a moment to heal and breathe – the hard part’s just beginning. 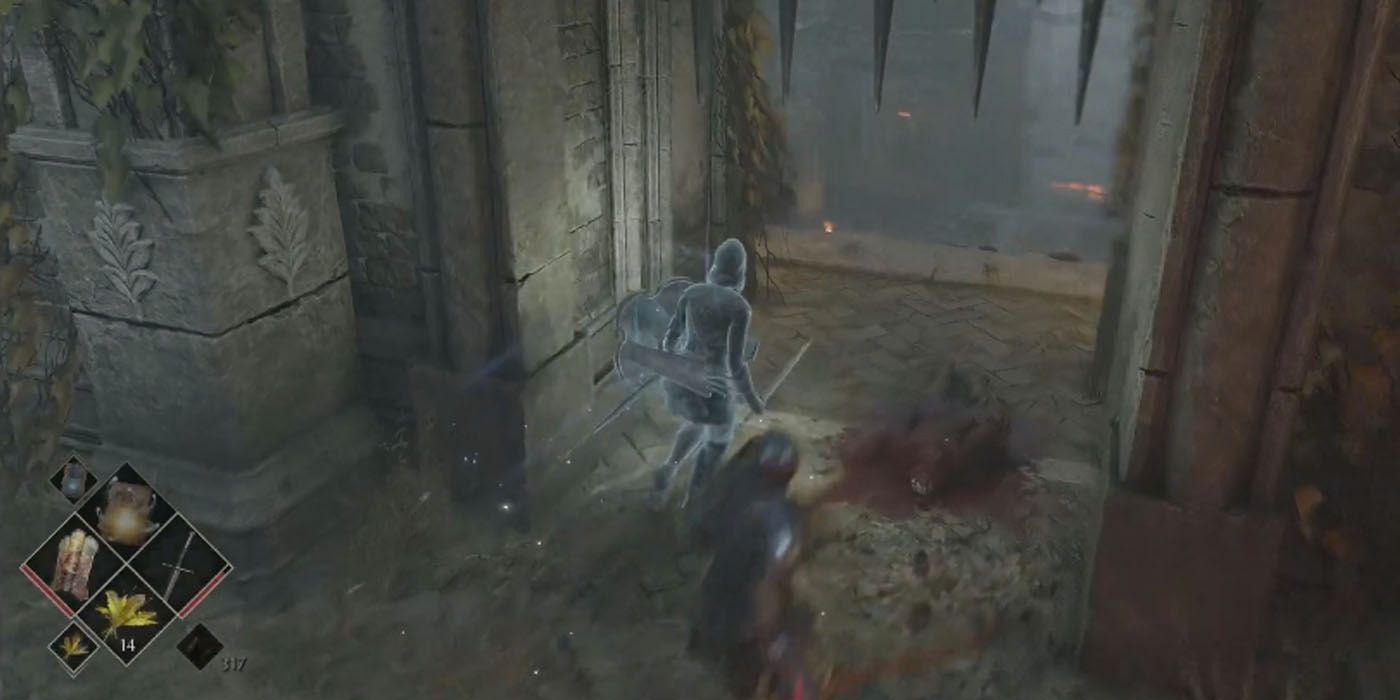 From here, players will need to prepare for a rather lengthy battle against some of Demon’s Souls’ toughest enemies. Ostrava is just a moment away, but said moment will be filled with bloodshed.

Make short work of any remaining enemies in the direct vicinity (mainly just Soldiers) before fighting the Fat Official himself, but do take care not to idle. Ostrava will now be spawned behind the gate with an onslaught of demons ready to kill.

As was the case with 1-2, returning to the Nexus without defeating the Penetrator means Ostrava will respawn in a position where he can fairly easily be killed if left unattended. It’s advised to simply complete 1-3 from this point on. 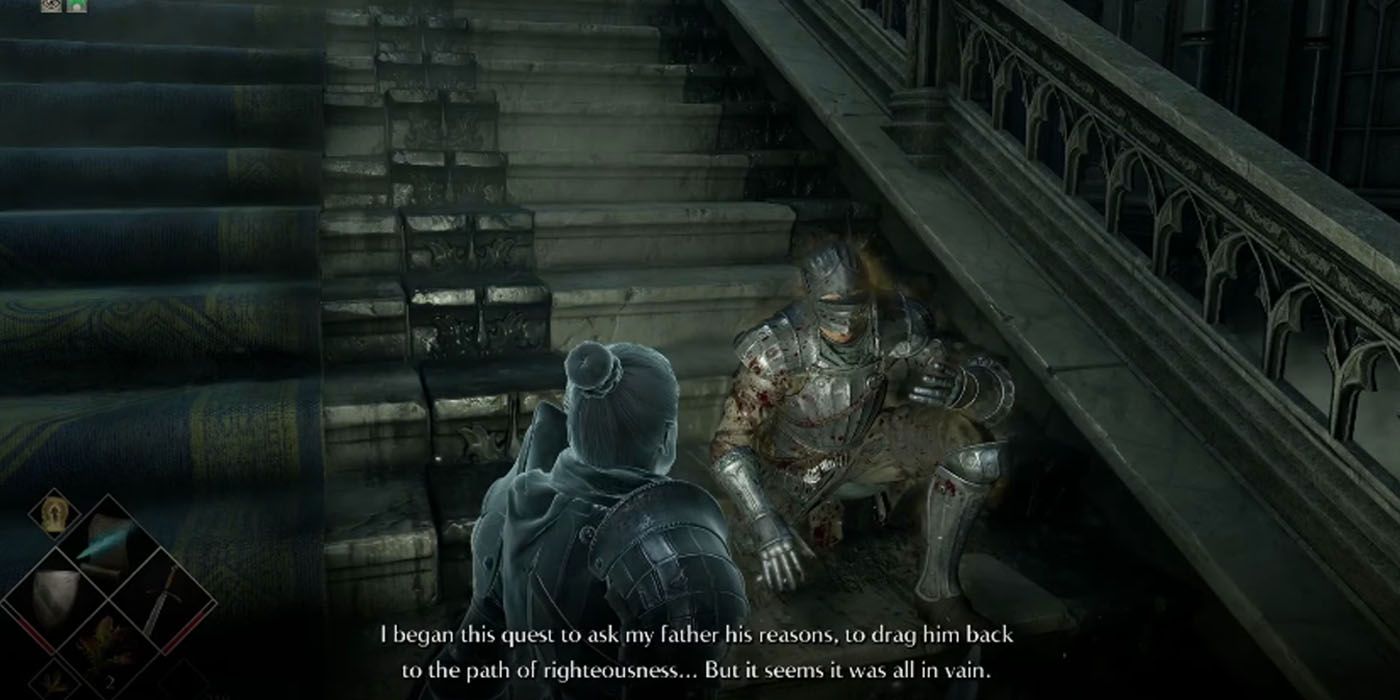 While intended as Demon’s Souls’ final stage, 1-4 is rather straightforward. It’s certainly more eventful than any other Archdemon level, but the path to King Allant is as linear as it is simple. The hardest challenge players have ahead are the 3 Black Phantoms at the start (who remain dead when killed,) and the Blue Dragon.

If Ostrava has survived the game up to this point, he’ll be sitting on the steps of the castle, crestfallen. When spoken to, he’ll beg the player to kill Allant – believing his father to have become a demon – before taking his own life. 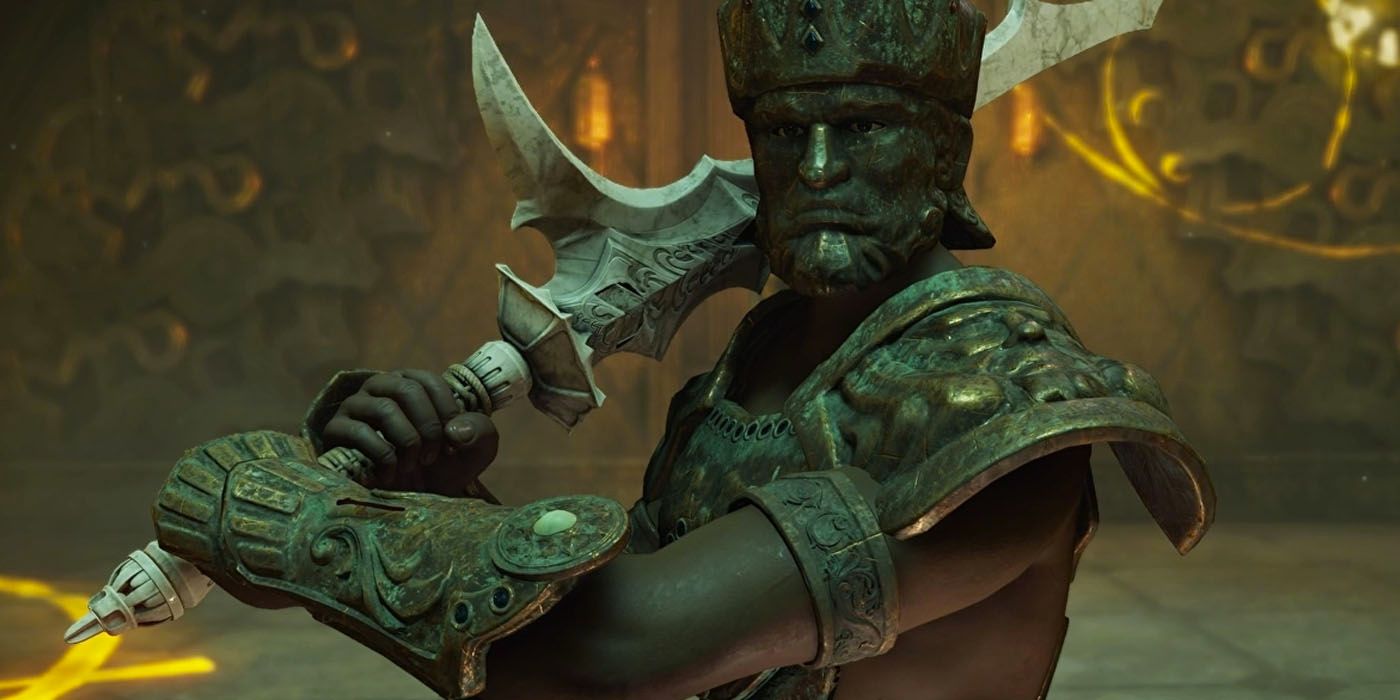 Speaking with Ostrava in 1-4 is enough to get the Mausoleum Key, but impatient players can also kill him in body form at any time to force an early confrontation with Old King Doran. Doing so, of course, cuts off Ostrava’s questline, but it’s almost worth it for just how convoluted keeping the prince alive ultimately is.

Old King Doran will then challenge players to a duel. For those who simply want Demonbrandt – the King’s signature weapon – Doran only has to be brought down to 2/3 of his total health. Getting the Ancient King armor set, however, requires killing him outright. Doran hits fast and hits hard, leaving only one truly safe strategy.

With both Ostrava and Doran dead, the Slayer of Demons can head back to 1-4 to wipe out the Allant bloodline once and for all.

NEXT: 10 Awesome Areas That Most Players Will Never Find In Demon’s Souls PS5 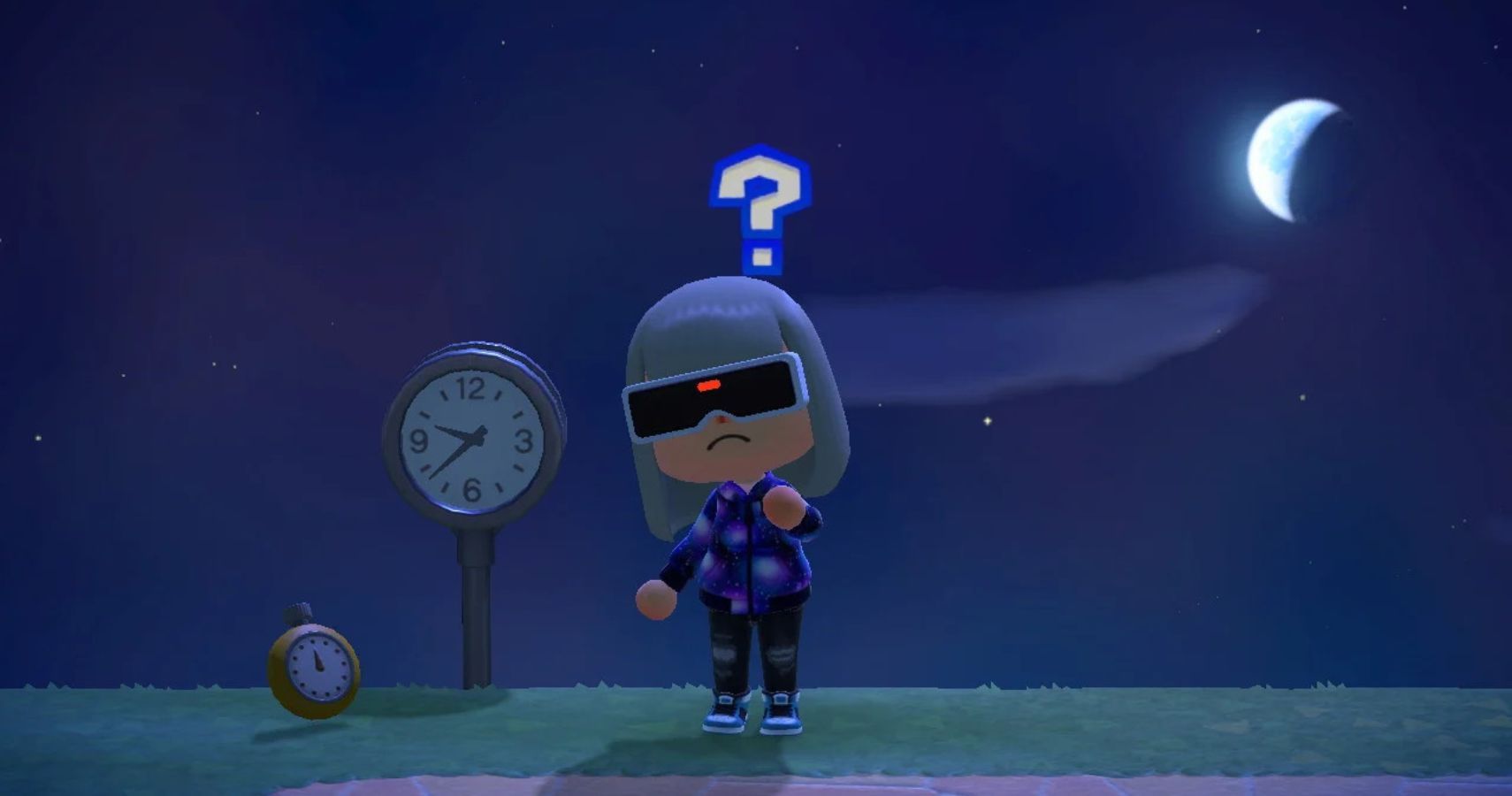