Deep Rock Galactic is a game about hardcore dwarven miners in space, facing down dangerous environments and even more dangerous creatures. As such, the game is primarily suited towards playing with a few friends – or other players, at least – while mixing and matching the available classes to complete missions.

However, Deep Rock Galactic can be played solo – in fact, it has entirely different mechanics built-in for when you do, with the helpful drone Bosco and its many upgrades available. But which of the four classes should solo players choose?

Is It Worth Playing Solo? 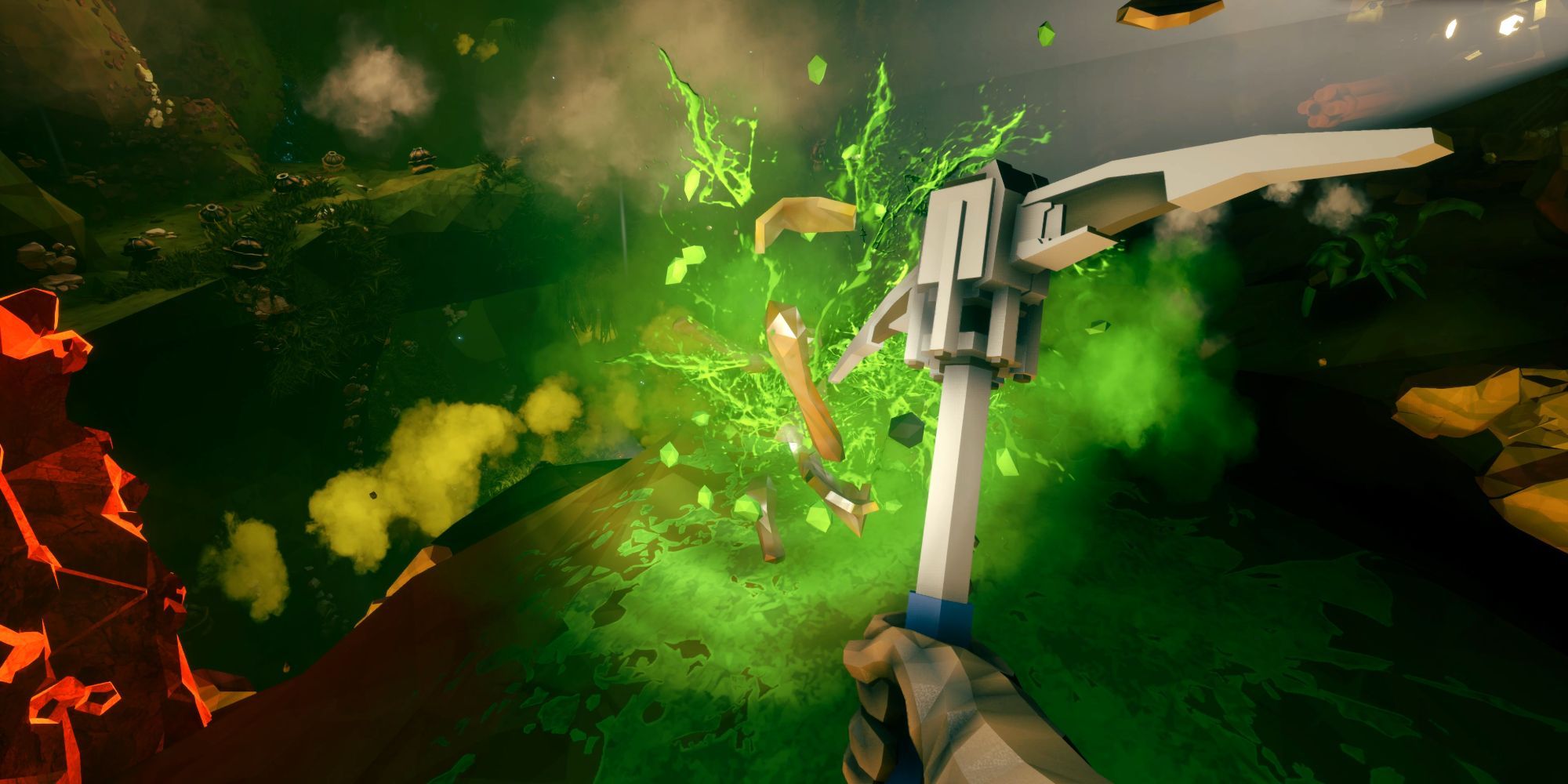 Absolutely. Deep Rock Galactic might advertise itself as a cooperative adventure through deep, dark caves, but it's entirely welcoming to solo players as well. You might find enjoyment in playing both, but having the option is always nice.

With four classes to choose from, and a whole range of perks and weapons to customize to your heart's extent, there is no shortage of progression for a single player to make. There are plenty of options to choose between solo or multiplayer, and you never have to commit to one or the other either – if you feel like playing solo one day, just go for it.

It's a great experience for when you wish to dive in and just get on with it – and with a difficulty option available before every mission, you can perfectly tailor the experience you want. Feel like breezing through the caves collecting minerals, or perhaps fighting off monstrosities as you harvest eggs fighting for your very life. It's up to you entirely.

Playing Solo As The Gunner 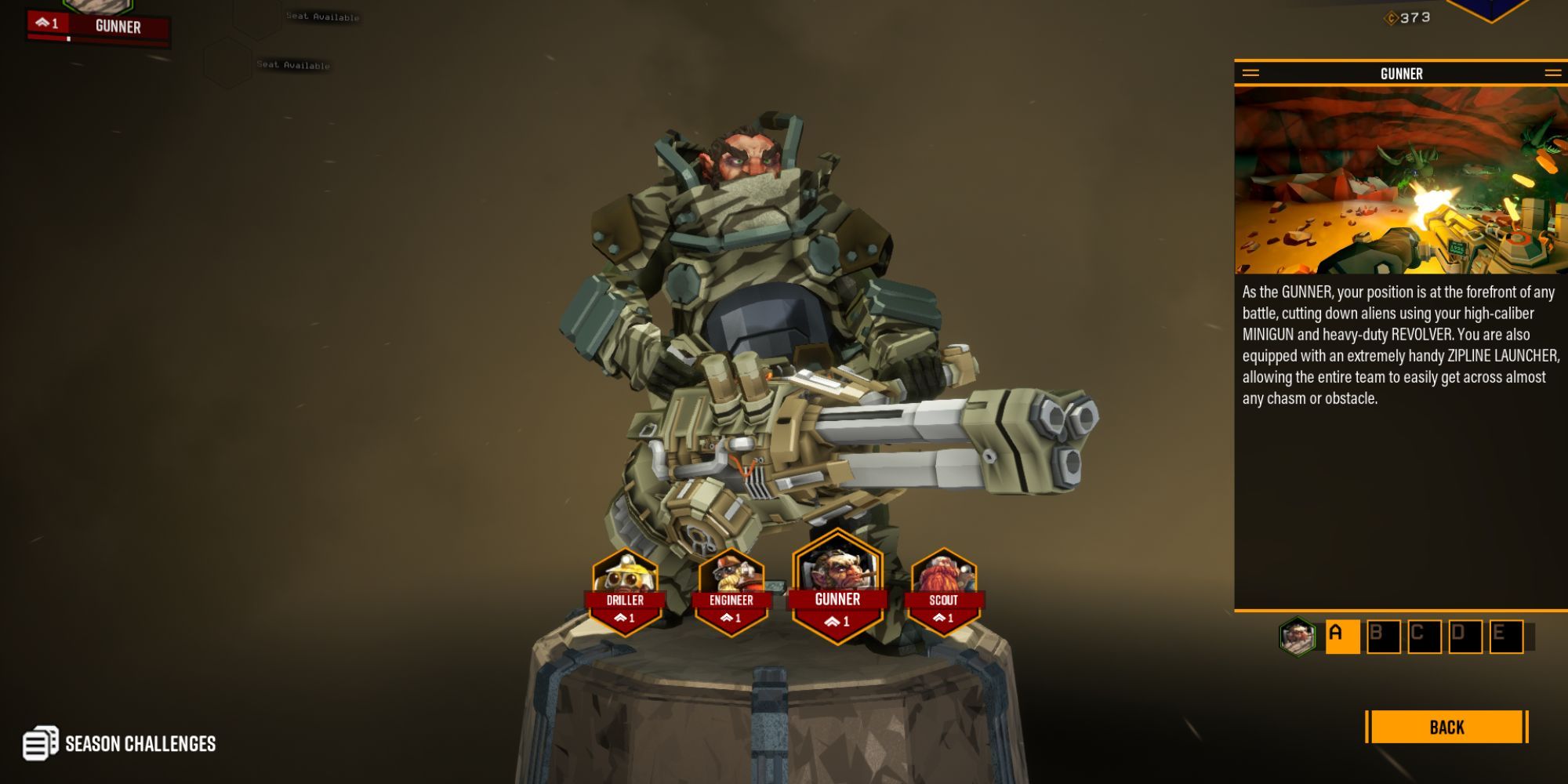 The gunner is the all-around class – the one the game first introduces you to in its tutorial mission. Equipped with a minigun and a pistol, you'll have no problems fighting off waves of monsters. Just watch that minigun doesn't overheat, otherwise, you'll be firing off smaller rounds as you panic.

The gunner also has a Zipline Launcher, and a Shield Generator you can place down. The ziplines make traversal a whole lot easier, and allow you to create paths back and forth. The shield is great for those moments during a swarm, especially when you're waiting for the minigun to cool down.

For grenades, the Gunner continues to be pretty standard, starting out with some sticky grenades that are capable of dealing some widespread damage. There are more you can unlock later on, but they all work well enough that you know what you’re getting – throw it, it explodes.

With a varied bunch of tools and abilities that work in tandem with each other – alongside an array of follow-up perks that only make them better – the gunner is a solid pick for solo players when starting out on Deep Rock Galactic.

Playing Solo As The Engineer 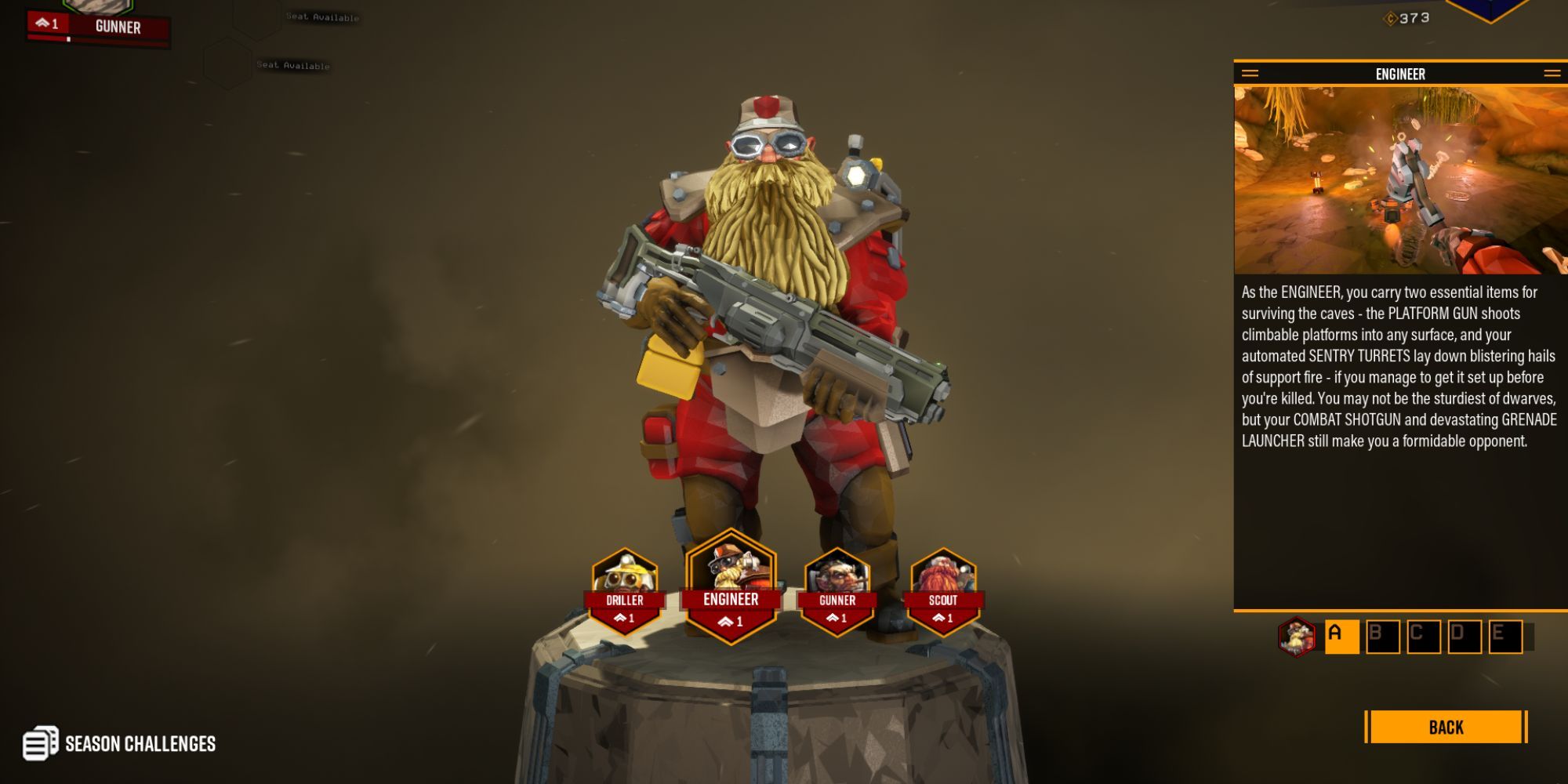 If you don’t feel like carrying around massive guns and want a little more versatility for your solo runs, the Engineer has a unique array of abilities to make surviving the tunnels that much easier on your own. A heavy-hitting combat shotgun and grenade launcher mean you’re able to deal plenty of damage, but it won’t be your sole purpose.

This is why the Engineer comes with a Sentry Turret, which you can place down and build. This turret will remain stationary, but is capable of taking out plenty of enemies when you’re holding ground against a swarm – just remember to keep it reloaded, and make sure it doesn’t run out of ammo.

The Engineer also comes equipped with a platform gun – a tool that is vital to both teamwork, and as a means of traversing when you’re traveling alone. Whether to escape a pit or to reach some high-up minerals, this gun can create little platforms – something you’ll definitely appreciate when going solo.

The Engineers starting grenades are a tool for distraction, emitting a holo-dwarf that does a little dance. This will distract enemies, and once it takes enough damage, will create an electric blast. Perfect for solo players when you need to get enemies off your back. The later options include some mines, but the distraction remains the most useful for solo.

Playing Solo As The Driller 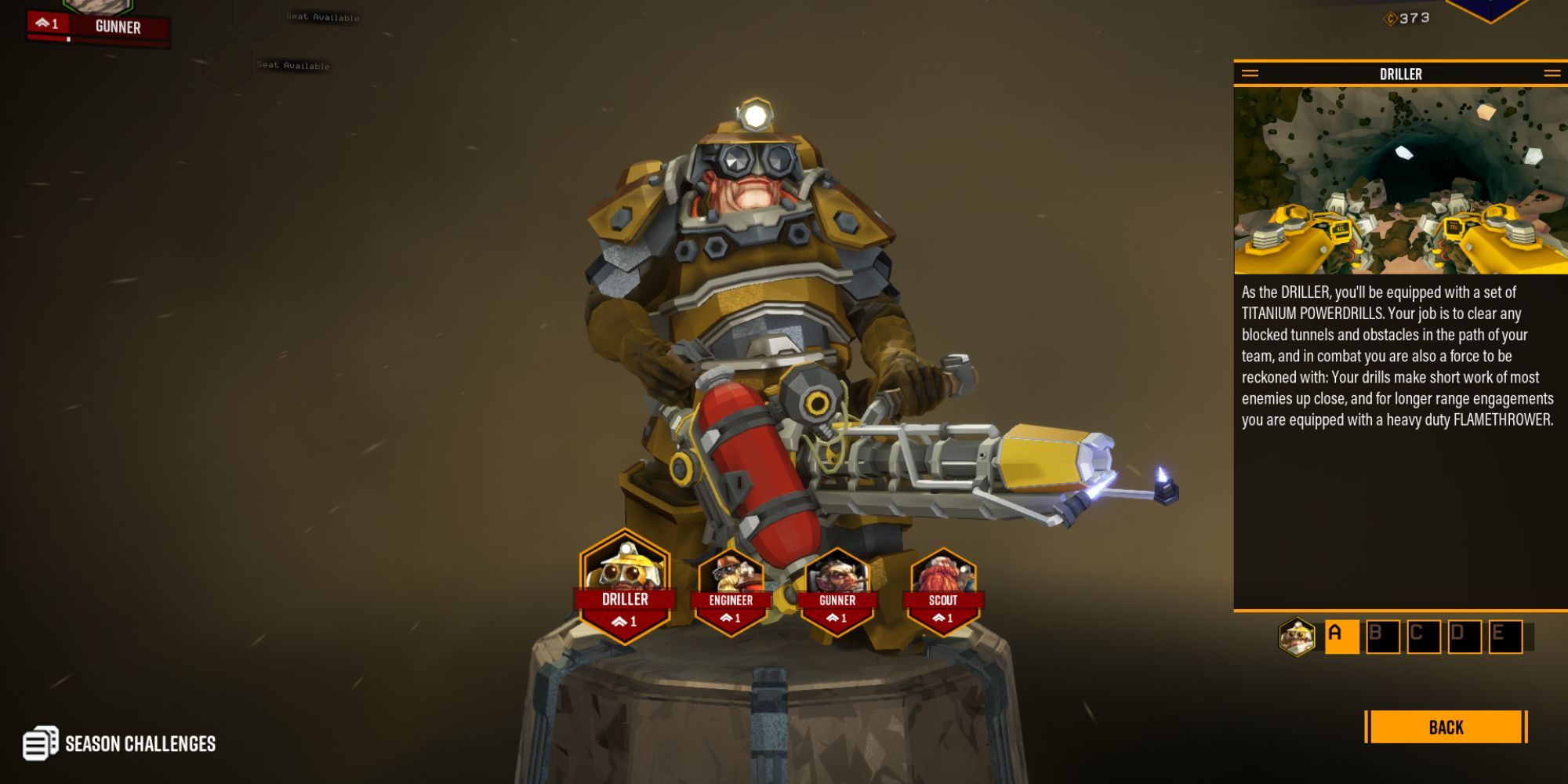 The Driller is a powerhouse, and won’t go down easily. With a flamethrower for crowd control and a pistol for the lighter moments, you’ll be able to take down enemies quickly and efficiently. Just remember to keep that fuel tank stocked up frequently, and you’ll be essentially untouchable.

For tools, the Driller has drills – a surprise, to be sure. These dual-wielding drills are capable of tearing through terrain at a fast pace, but will also overheat pretty quickly. This is the only means of traversal the driller has, but works well enough when in the caves – just make sure to have a way back up before delving into any bottomless pits.

Aside from the drills, the Driller also has some explosive charges. When placed, you can detonate them with a trigger – ideal for when you need to retreat or reload the flamethrower while the swarm is still swarming. They can also destroy bits of terrain, but you’re better off using the drills for this.

For the grenade, the Driller opts for throwing axes. These tools are quite powerful, and great for fighting off the bigger creatures. If you miss the target, you can also retrieve the axes and throw them again. This helps greatly when playing solo, as resources are limited and need to be used well. With further options for standard grenades and toxic cloud grenades, the axes remain the better option for solo players.

Playing Solo As The Scout 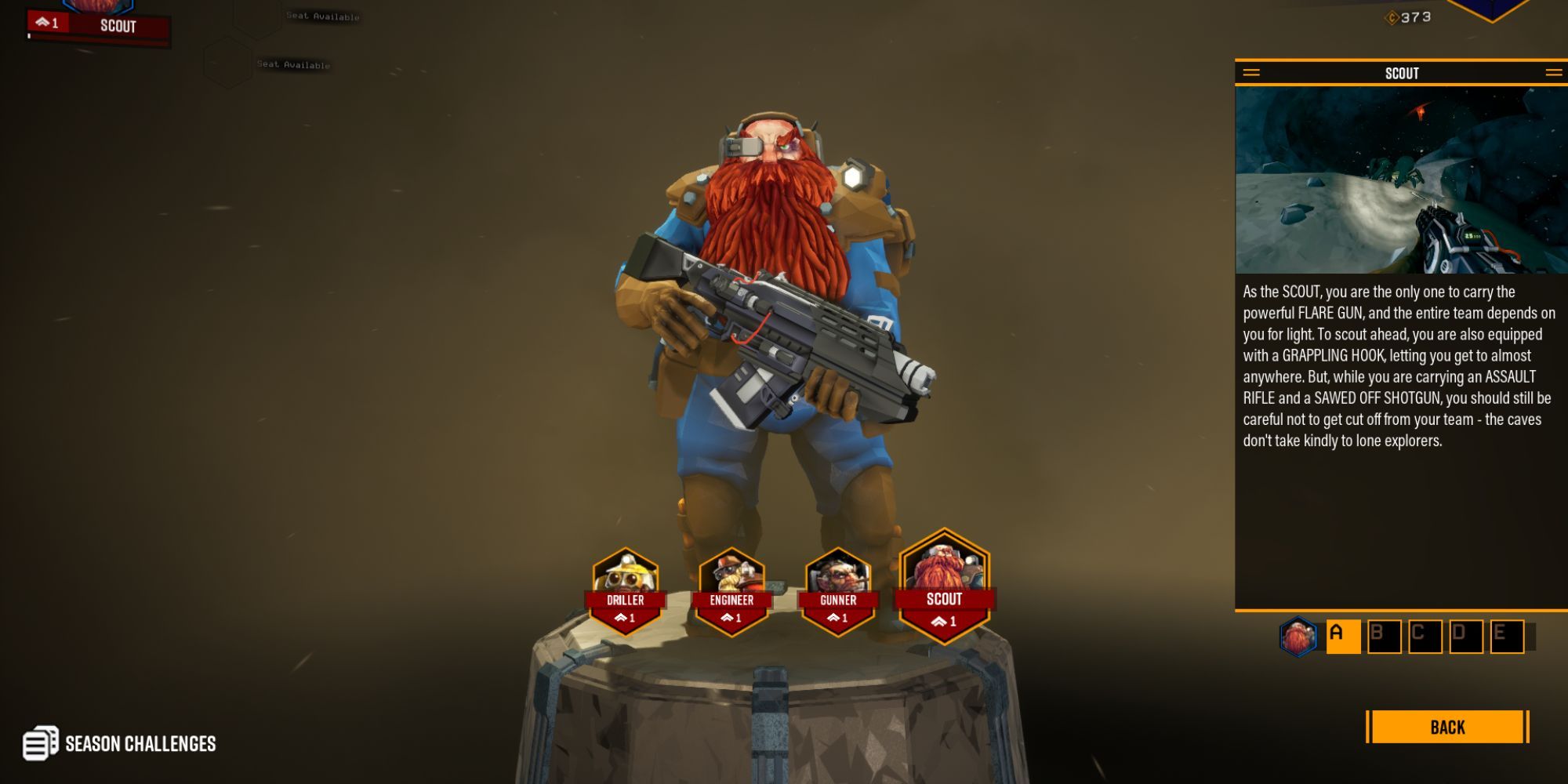 Finally, the Scout – while all classes have their ups and downs for solo players, the Scout has a vast range of options to make for a great class in every area. Starting out with an assault rifle and a sawn-off shotgun, you can spray bullets into enemies before resorting to some heavy-hitting shots to finish off the bigger monsters. This combination of guns works well when alone, and can keep the swarms at bay.

The Flare Gun helps to light up the environment, especially when a solo player is a little too pre-occupies to be throwing smaller flares around frequently. These flares will stick to surfaces and light up entire caverns, and is perfect for when a swarm is on the way, so you can see everything around you.

The Grappling Hook is ideal for traversal – while the other classes have options to get around, none are quite as convenient as the grapple hook. Just look, shoot, and fly away – just make sure you don’t fling yourself too high up, as fall damage will catch you out.

The starting grenades for the Scout are some of the best for solo play – an Inhibitor-Field Generator that can slow down all enemies within its proximity by 75 percent, and increase the damage they take by 30 percent. When facing off a swarm alone, this tool is a lifesaver. Unlockable grenades include a Cryo Grenade for freezing enemies, and a Pheremone Canister for turning creatures on one another – take your pick, but any of these work wonders for solo players. 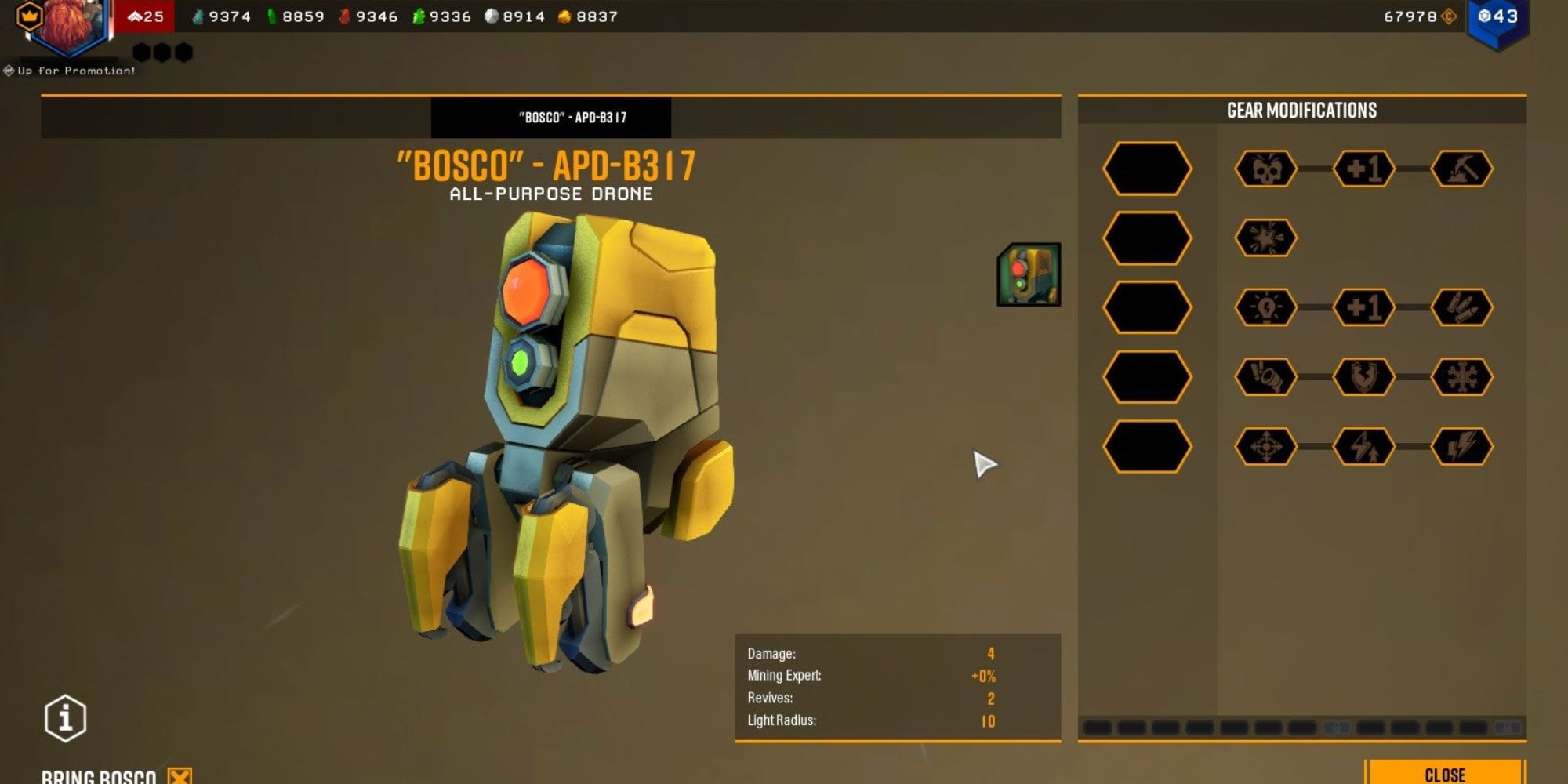 No matter which class you decide works best for you when going solo, you need to remember APD-B317 – or Bosco, as it is nicknamed. This friendly drone will travel on missions with you – unless you turn off its support – and can help with all manner of tasks. Tell it to light up a specified area, attack a certain enemy, or mine a mineral you perhaps can’t reach or while you do something else.

If you don’t want to keep commanding a drone, don’t worry – Bosco will otherwise just follow you around and attack any enemies around you. This not only helps out with the swarms, but can also alert you as to when enemies are nearby, being as there are no other players to do so.

Bosco can also undergo numerous upgrades as you play the game, with capabilities of dealing more damage, unlocking new types of tools and attacks, or even reviving you when down. As a solo player, you’ll want to do everything you can to keep Bosco the best it can be before venturing off on a new expedition.