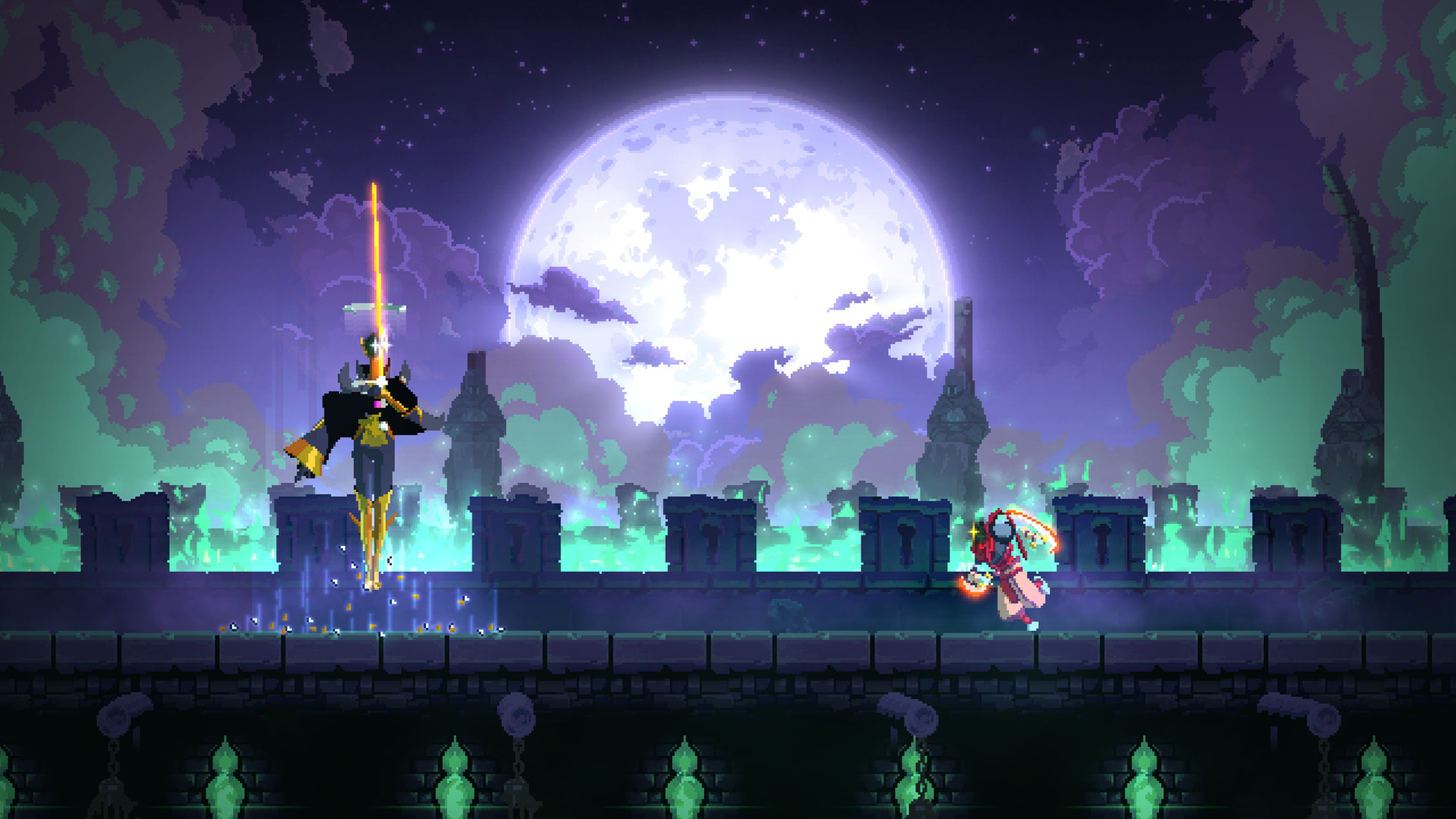 The third, but not necessarily final, paid-for DLC for Dead Cells is the first major release of 2022 and just as good as you’d expect.

Way back in the early history of video games there was a game called Rogue. Released in 1980, it was a dungeon crawler where each time you died you started again at the beginning, right from scratch. It’s the kind of brutality players modern players aren’t used to but its design choices have inspired numerous developers since the turn of the millennium, giving birth to the still popular roguelike genre.

Even though Dead Cells, which received its most recent piece of DLC this month, is a roguelike, it also has strong Metroidvania leanings. Like its namesakes, Metroid and Castlevania, new powers and equipment let you reach previously inaccessible areas in levels you’ve already played. It’s a way of hiding secrets in plain sight, tempting you to progress so you can explore areas that you could see, but that remained tantalisingly out of reach.

In 2017, when Dead Cells entered early access on Steam, players discovered a small, tightly designed 2D Metroidvania game, with short levels, pixel perfect animation, and a roguelike keenness to teach you through repeatedly killing you. Little did anyone know, least of all developer Motion Twin, that the coming five years would see the game morph into a six million selling behemoth.

Each of Dead Cell’s immaculate, procedurally generated levels comprises its own biome, complete with their own delightful parallax scrolling backgrounds, scenery, and enemies. Feeling your way around the map, you soon find out which biome leads where, letting you plan a route through areas and past enemies that you at least have a chance of beating.

Before it entered full release in 2018, the original Dead Cells had already gained the Time Keeper boss as DLC, as well as the Slumbering Sanctuary biome and the dreaded Forgotten Sepulchre, a level shrouded in a darkness that will kill your character – a nameless, headless former prisoner – if he’s left exposed to it for too long. It also gained mutations, the game’s perk system that you unlock in the corridor-like anterooms that preface each biome.

The final pre-launch innovation was the addition of boss stem cells, which you earn by defeating the Hand of the King, the game’s final boss. Each stem cell cranks up the difficulty, reshuffles the connections between levels, and most significantly, alters the enemies you face in each area. Stem cells not only keep the game fresh but add a degree of challenge that gives Dead Cells a longevity measured in hundreds of hours.

Since then, the updates have arrived thick and fast. Fresh biomes, new enemies, more weapons, bigger bosses, different mutations, and continual rounds of nerfs and buffs to maintain balance amongst the game’s rapidly expanding bestiary and armoury. Always engaged with the game’s obsessive fanbase, the developers have ensured the onslaught of new material, and frequently requested quality of life improvements, has never let up.

Perhaps the most surprising element of all this is that almost every update and DLC has been delivered free. Even post-2019, when development switched to Evil Empire, a spin-off studio formed specifically to support the title, only two of its DLCs have been paid-for, a sustained feat of generosity rarely matched in the modern era.

The latest update, The Queen And The Sea, is only the third one you have had to pay for, and is intended as the finale of the narrative arc that runs between all three paid-for expansions.

After downloading it, a tentacle drops off a letter right at the beginning of Prisoners’ Quarters, the game’s first level, acting as a signpost for a set of clues that will lead you to a giant, heavily armoured prawn who gives you possibly the update’s most powerful weapon: the Leghugger, a sidekick that feeds on enemies, eventually eating enough of them to evolve into its even more powerful adult state.

The armoured shrimp also leaves you a key to the Lighthouse, which pops open a door in the last level, High Peak Castle, where you can set sail for the Infested Shipwreck, the first of two new biomes. It’s here that you’ll discover not all adult Leghuggers are friendly, some in fact want to eat you just as much as your new buddy enjoys devouring foes.

Make it through the Shipwreck and you’ll face the new boss, The Queen. She starts by chasing you up through the rickety structure of the Lighthouse, which is consumed by flames in her wake, meaning speed is very much of the essence. Get to the top and it’s time to fight her, replacing the final battle with the Hand of the King.

Along with the new boss and biomes come a slew of new weapons, from the Maw of the Deep (a shark you use to swing at enemies before hurling it at them jaws first) to the Hand Hook (a distinctly pirate-y way to lay waste to foes) and the Scavenged Bombard (a squat little cannon that does a lot of damage, but only works when you’re standing right next to it).

The sheer number of possible routes enabled by the procedural generation, and the multiplicity of final bosses make, ensures that Dead Cells is a different game every time you play it. That’s something that’s only slightly attenuated by using Custom Mode, which lets you exclude weapons, powers, and mutations you don’t fancy using.

Although Motion Twin hasn’t said what its paid-for plans are beyond The Queen And The Sea, it has already promised lots more free DLC throughout 2022 – which suggests an embarrassment of riches without paying a penny more. After more than three years of non-stop development, Dead Cells stands as one of the best indie games of all time and it’s only getting better.

Dead Cells: The Queen And The Sea DLC review

Pros: Two well designed new levels to explore, one of which is completely different from anything that’s come before, adds fresh routes through the game and a new final battle.

Cons: If you don’t enjoy the punishing nature of roguelikes, or ultra-fast 2D actioners, this is unlikely to dissuade you from that view.