Home » News » Dead By Daylight: Everything You Need To Know About Chapter 22

Dead By Daylight: Everything You Need To Know About Chapter 22

Dead By Daylight developer Behaviour has recently released Chapter 22 on the Public Test Build, and we now know much of what's coming with this update. Introducing new perks, new killers, new survivors, new maps, and a handful of quality of life changes to the base game, Behaviour is continuously updating and improving the quality and gameplay of Dead By Daylight for both sides of the community.

With the upcoming update, there are many builds, playstyles and new features that players must be aware of to remain a step ahead for when it is officially released.

The Artist: The New Killer And Her Perks 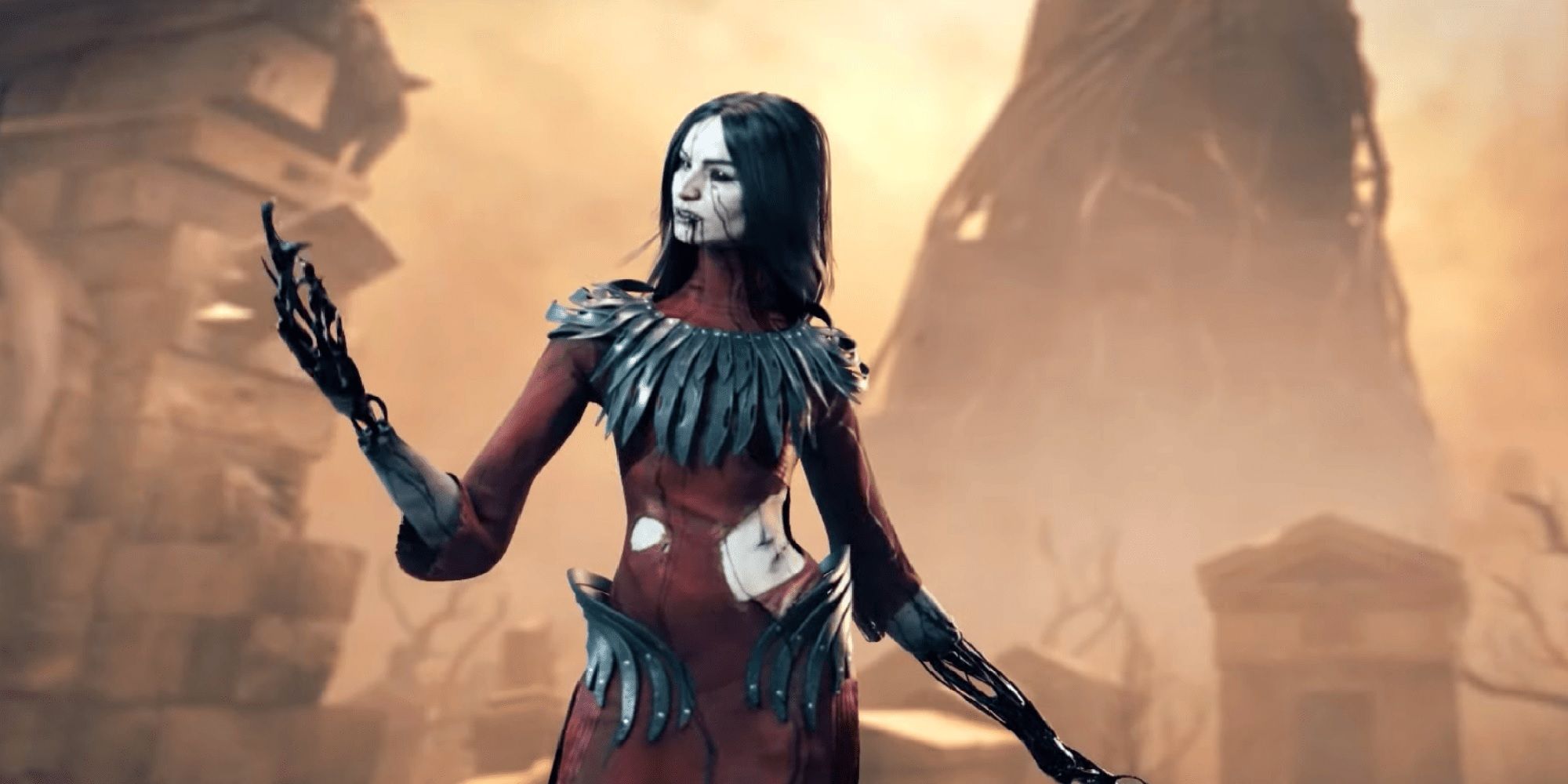 The Artist is the latest original Killer coming from the minds at Behaviour. The Artist features a fantastically unique design with kafkaesque inspiration. Knowing what to expect from her, for both Killers and Survivors, will help any game where you intend to play as or against The Artist.

Her Unique Power is the ability to send out up to three Phantasmal Crows that can either damage players if they hit them or, by travelling through objects, mark them and interrupt any actions. Her Crows provide a fantastic way to apply pressure across the map and cut off hard areas in chase. 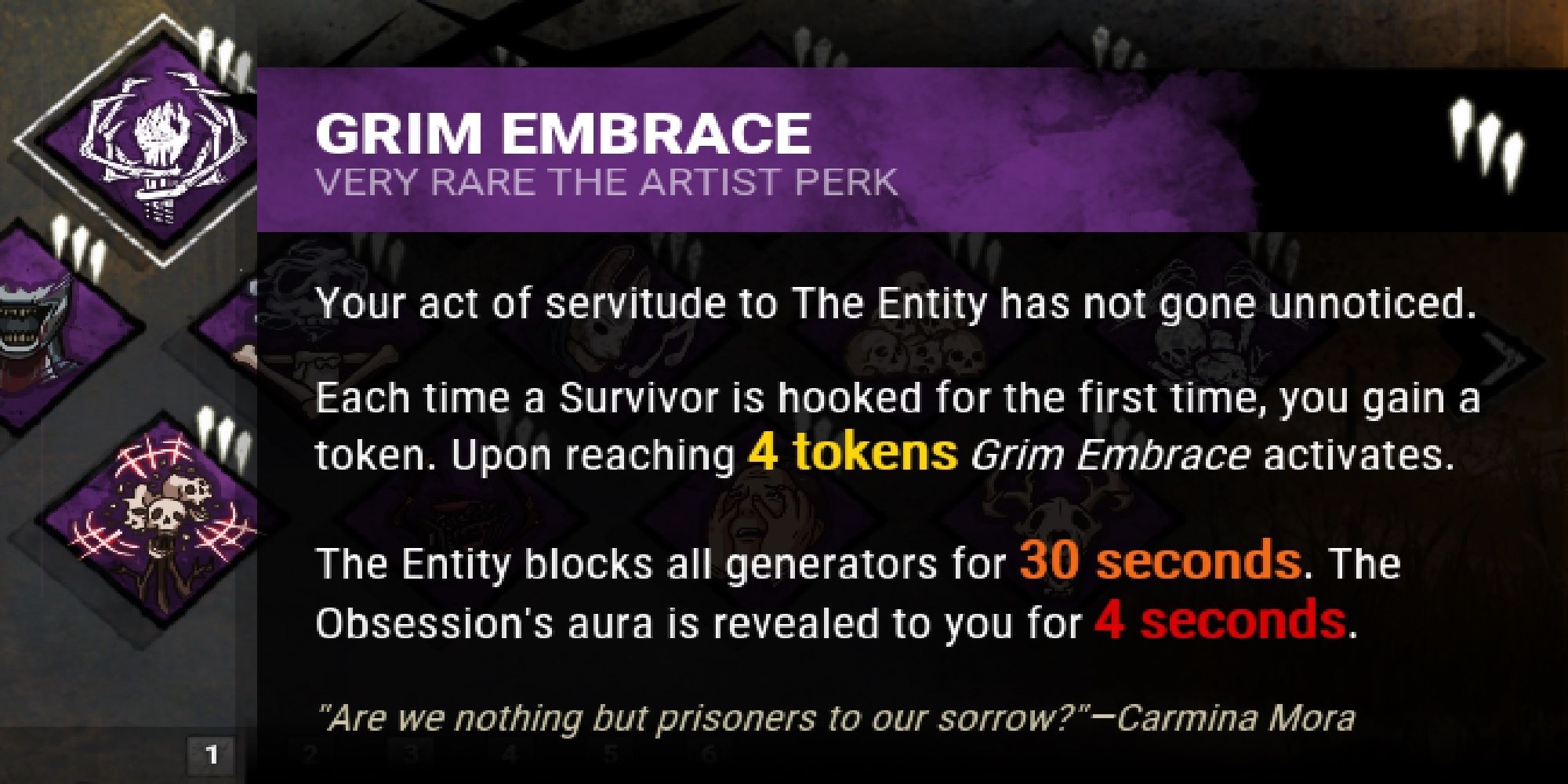 On each occasion a Survivor is hooked for the first time, The Artist gains a token. Upon reaching four of these tokens, all generators are blocked for 30 seconds and the Obsession's aura is revealed to her for four seconds.

With Grim Embrace, Killers can slow down the pace of the match dramatically. For Killers, applying pressure throughout the map and not tunnelling will assist greatly in getting apt value from Grim Embrace. Survivors, however, should attempt to prevent her from getting all four hooks by playing altruistically. 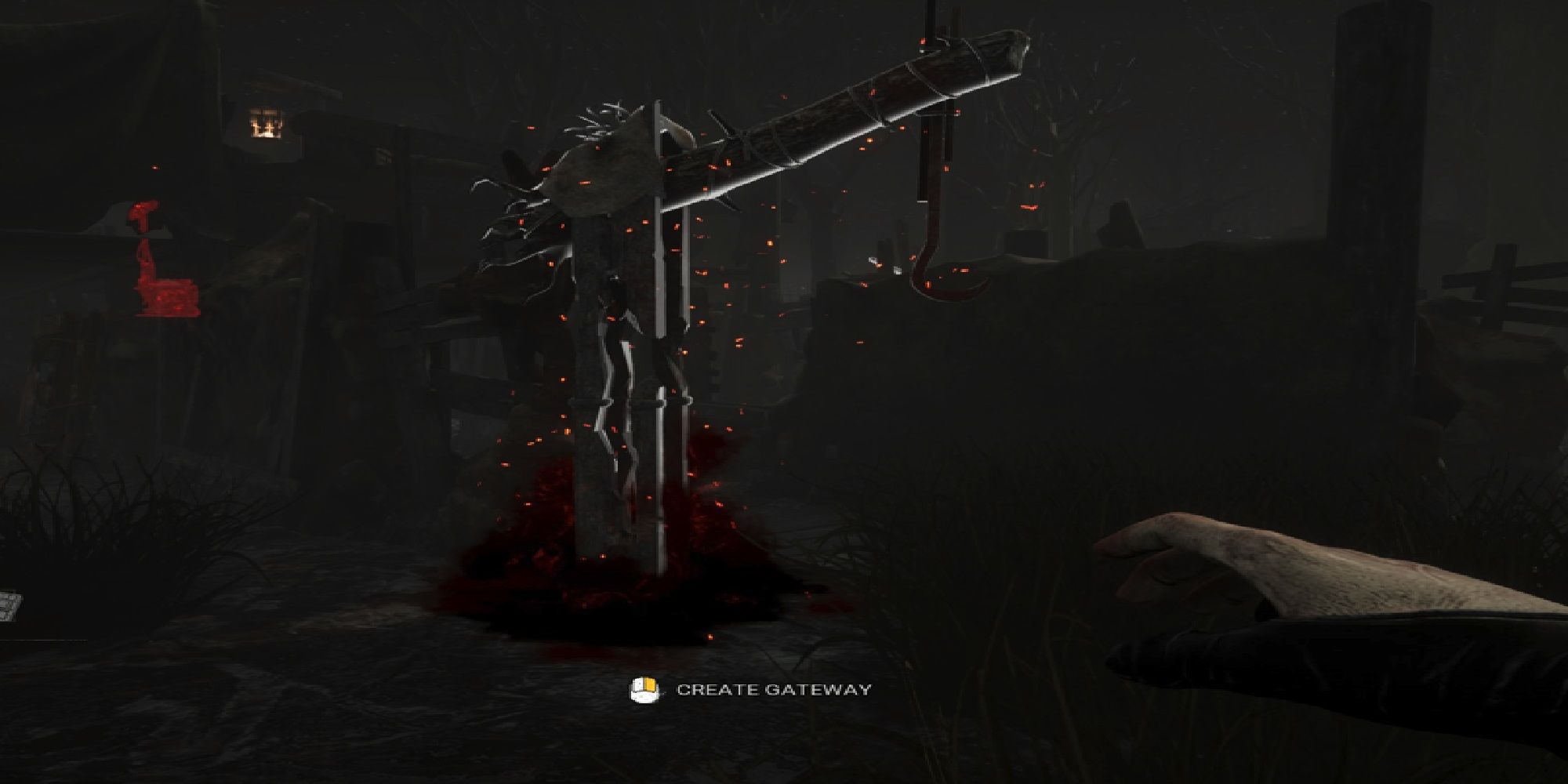 At the start of the trial, up to four random hooks will be changed into scourge hooks. Each time a Survivor is hooked on these, the generator with the most progress explodes, losing up to 15% progress, and begins to regress. Any Survivor repairing the generator will scream.

Pain Resonance is a great tool for applying generator pressure while not diverting any attention from chase, however, this does rely on the Killer getting the hook. For Killers, it's a good way to apply pressure in both the chase and on generators but it sacrifices the ability to ensure the generator's security. For Survivors, it is clear if a Killer is running this perk after their first hook, and just have to ensure they immediately tap the generator and stop repairing while the Killer is hooking. 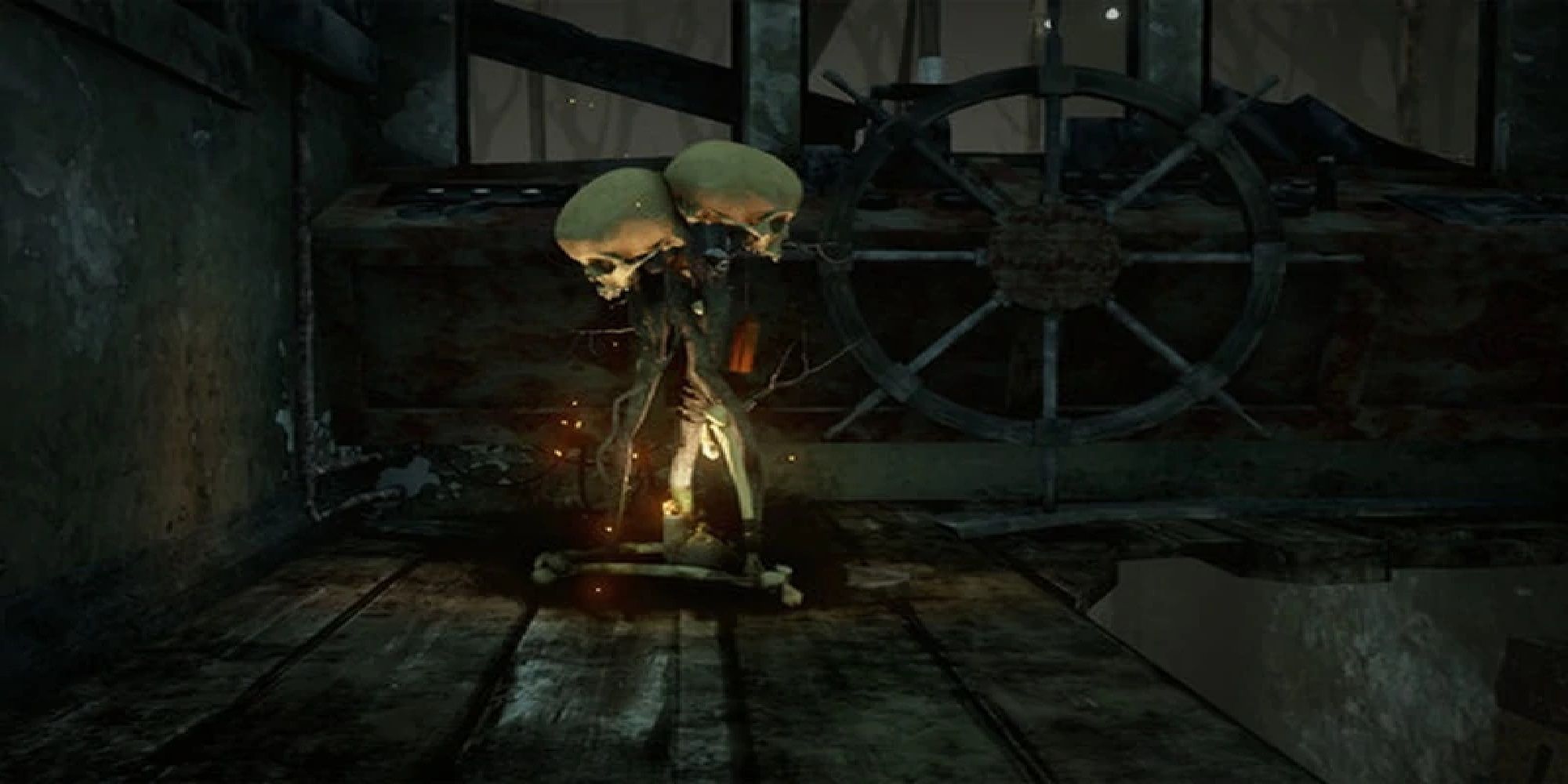 You can see any broken Totems, and resurrect them as a Rekindled Totem with each Totem providing a bonus:

Pentimento will undoubtedly shape the meta and pair up fantastically with other Hex perks, as Survivors have to weigh up both the benefits and loss of each broken Totem. For Killers, the possibilities are endless with Pentimento as it is a fantastic perk that poses a challenge that Survivors have to directly deal with. For Survivors, it will be vital to decide how to deal with any Hex perks and prioritise lit Totems.

Jonah Vasquez: The New Survivor And His Perks 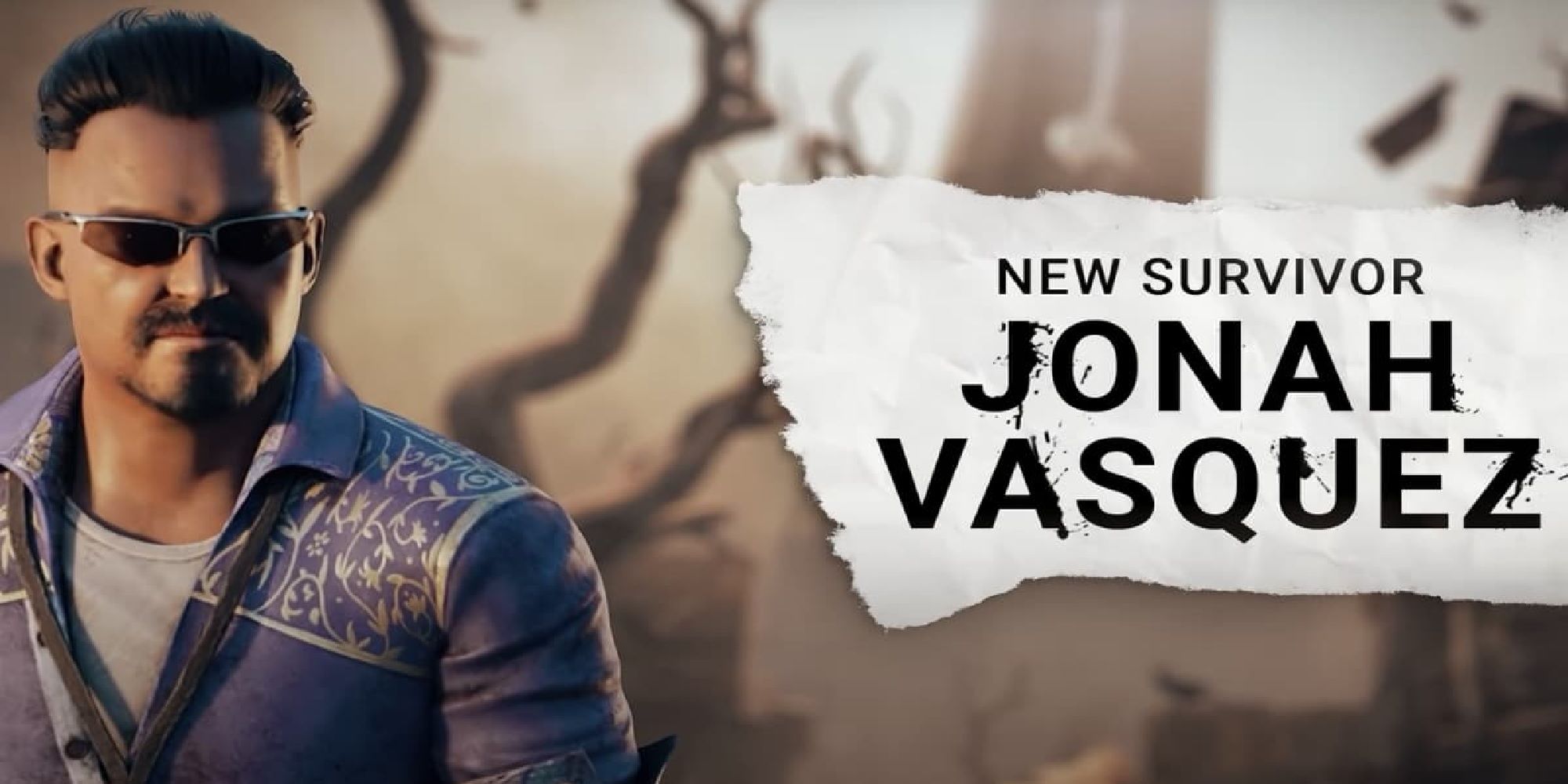 As the latest addition to the lineup of Survivors, Jonah is a soon-to-be fan-favourite. He is described in the lore as a mathematical genius, which seamlessly fits into Behaviour's already developed original lore. Perhaps, Jonah's prowess and intellect will provide an edge with his perks. 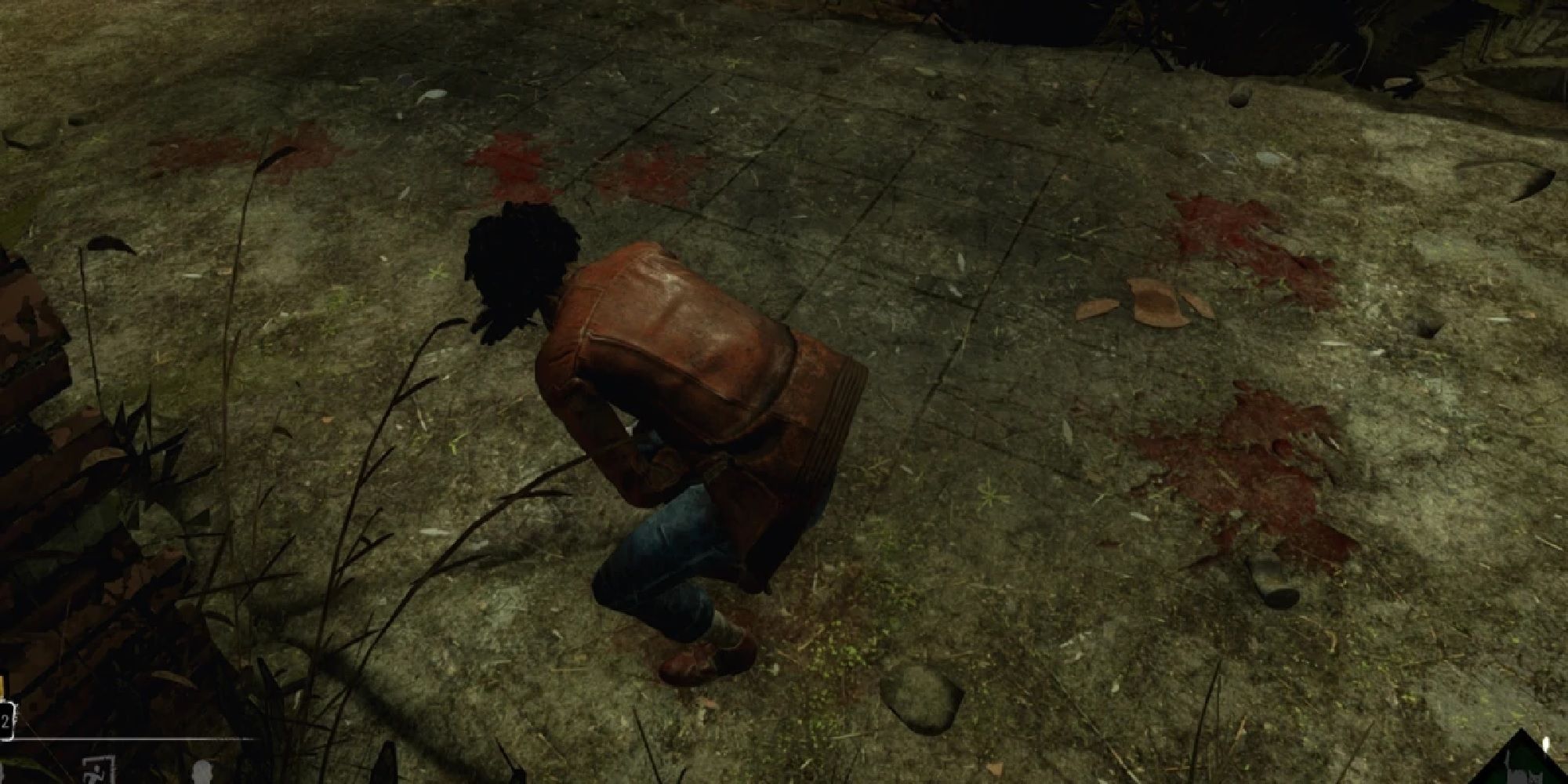 Whenever you become injured, you retain the Movement Speed Burst for an additional two seconds.

This is a fantastic perk that will help prolong the chase or ensure an injured Survivor's way to safety. Overcome may end up being an underrated perk, as it will synergise with Deception builds and will be handy with perks like Dance With Me and Lucky Break, as they will assist in playing mind games. 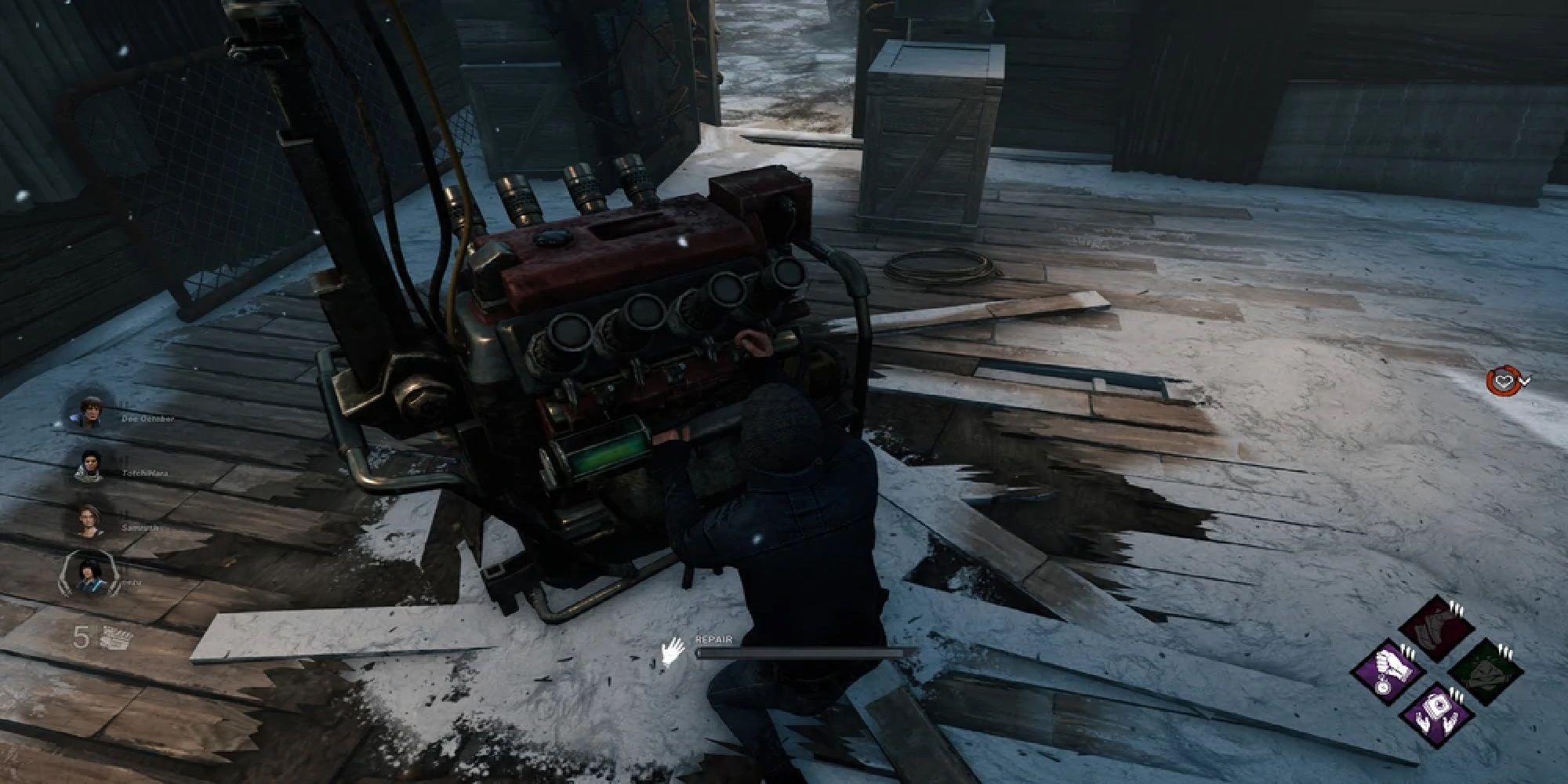 You'll start the trial with up to three Tokens, and gain an additional one (up to five) after every great skill check on a generator. Any teammate working on a generator with you who misses a skill check consumes a token, transforming their failed action into a good one.

This is not a fantastic perk for veteran players as skill-based matchmaking has been introduced, however, it will be helpful for any inexperienced teammates or the occasional slip-up. 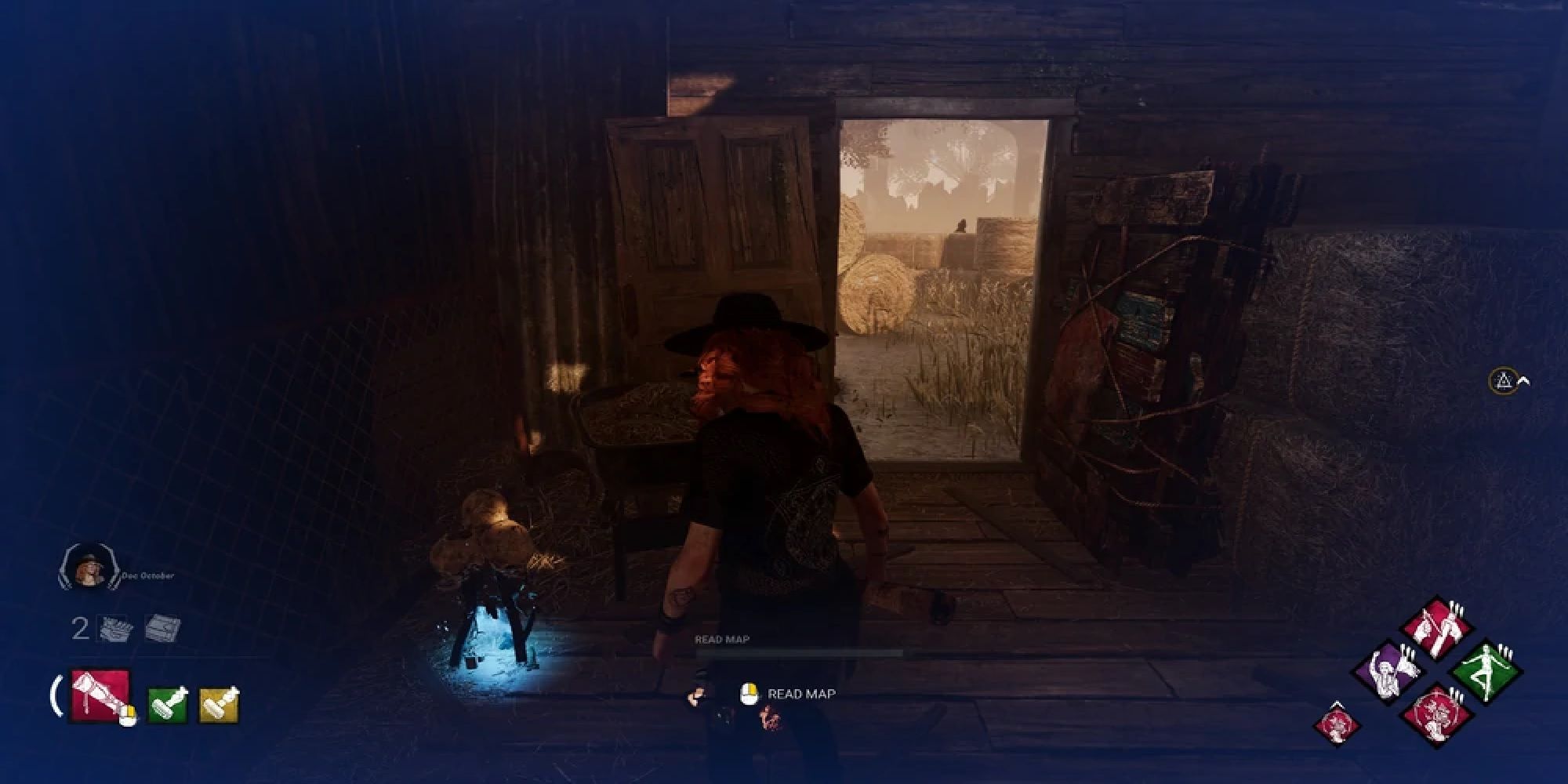 Able to bless any Dull or Hex Totem, Boon: Exponential provides a bonus of up to 100 percent recovery speed, while also unlocking the self-recover ability from the Dying State.

Following the trend of Boon Totems, Exponential will be fantastic on small and indoor maps and, with the right perk combination of Unbreakable or Tenacity, Killers won't have the choice to slug.

The New Map: Eyrie Of Crows (The Forsaken Boneyard) 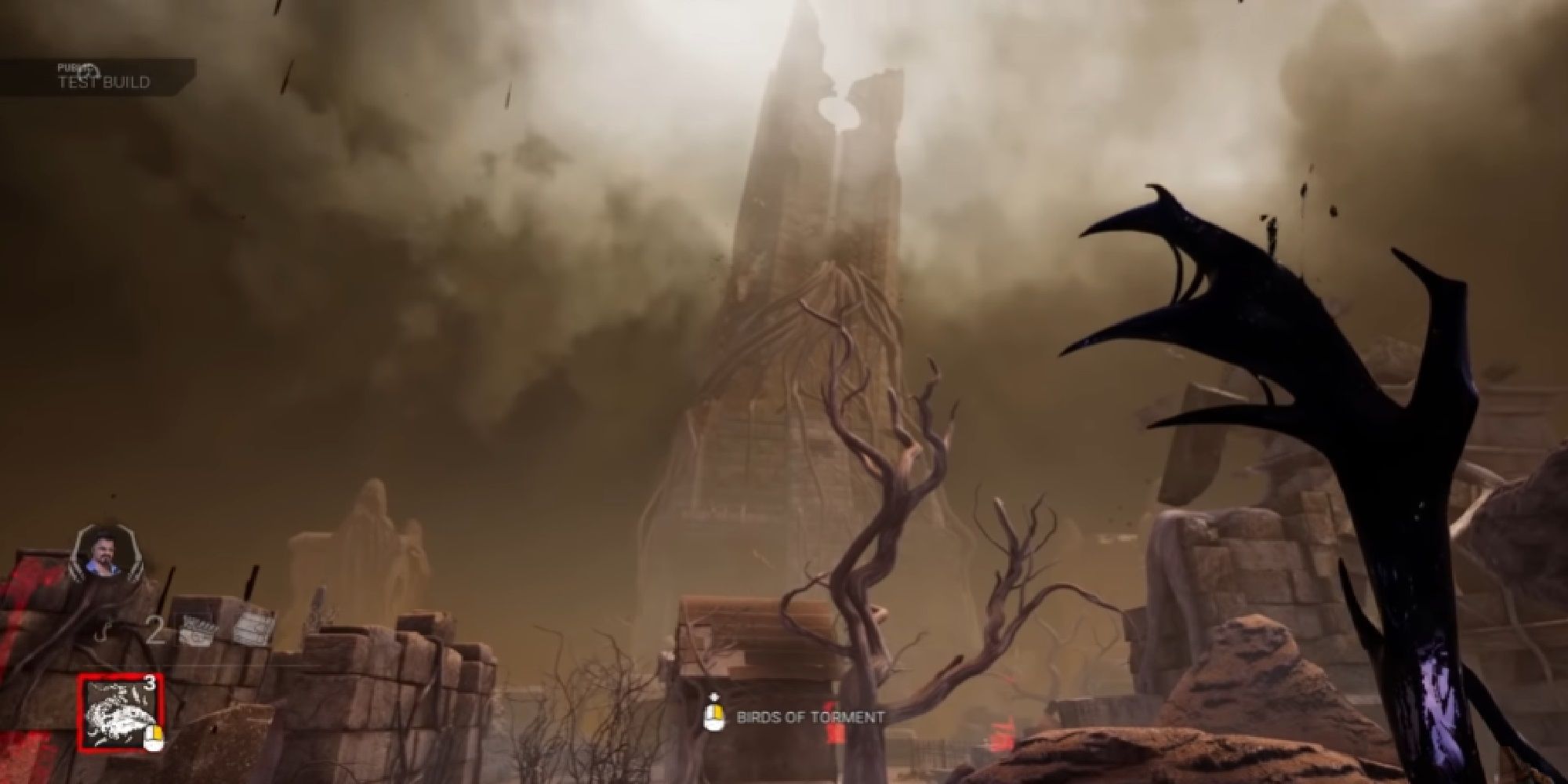 The Eyrie Of Crows is a medium-sized outdoor map with an incredibly desolate atmosphere. There's a main building in the middle with a hollowed-out tree connecting the upper and lower levels. There's a ton of detail in this area.

Seemingly a forgotten graveyard, the Eyrie Of Crows has apt loops, good T and L walls for Survivors, and great open areas that are equally beneficial to both a Killer and a good team of Survivors. Seemingly one of the more balanced maps, it appears that the Eyrie Of Crows won't benefit either Killers or Survivors too drastically. 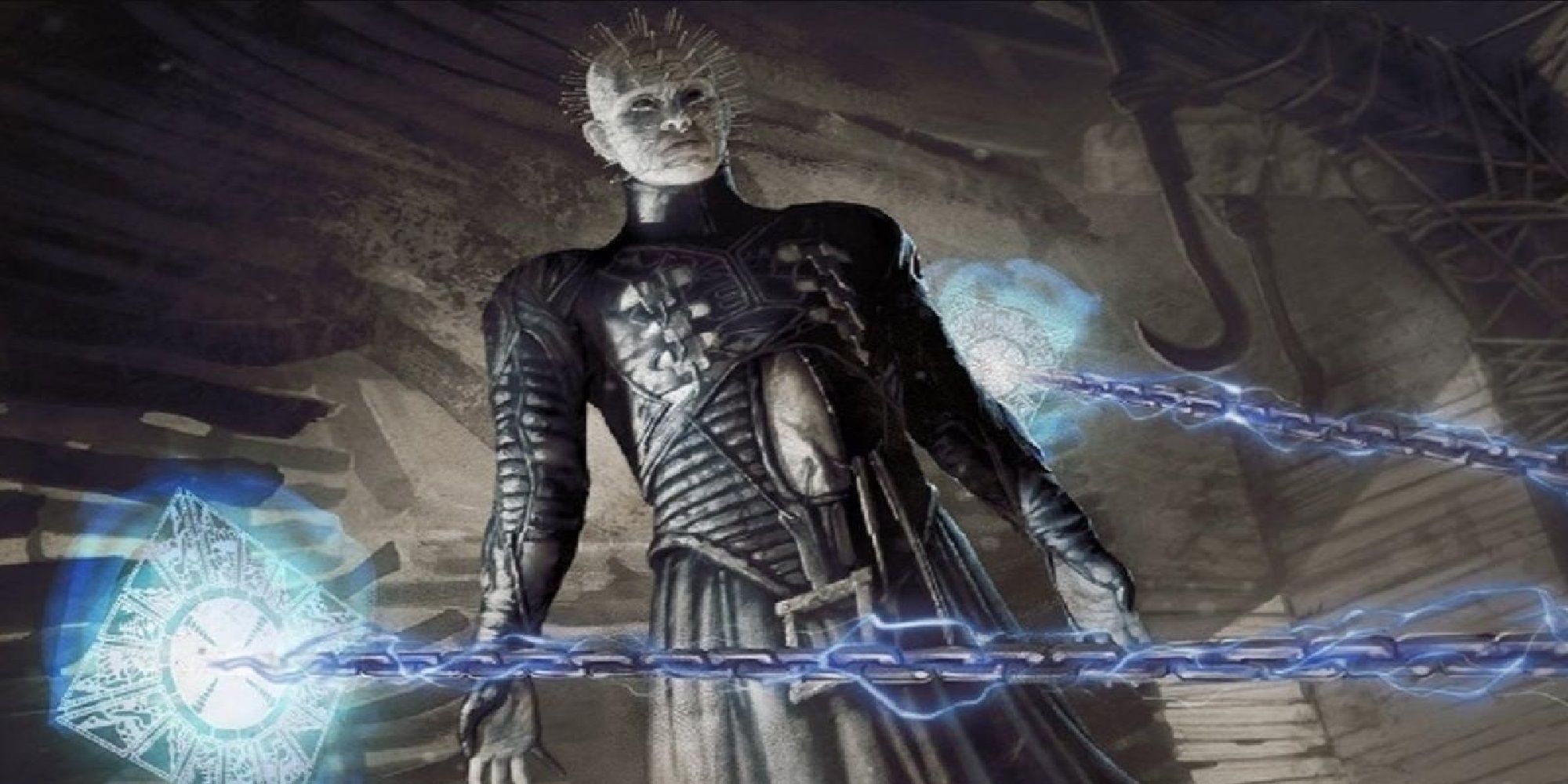 The most recently added licensed Killer, The Cenobite, managed to capture the attention of fans of both the Clive Barker film and Dead By Daylight. With the cool visual design of Pinhead and his unique power, many players enjoyed playing as and against the Cenobite.

With the upcoming Chapter, The Cenobite will continue to receive attention from Behaviour, as many of his add-ons will be fine-tuned or nerfed. Cenobite's ultra-rare add-ons are due to receive some change in order to balance out his features. For The Cenobite, Behaviour is focusing on making sure that his add-ons do not completely take over the game while ensuring the enjoyment for Killers to play him. 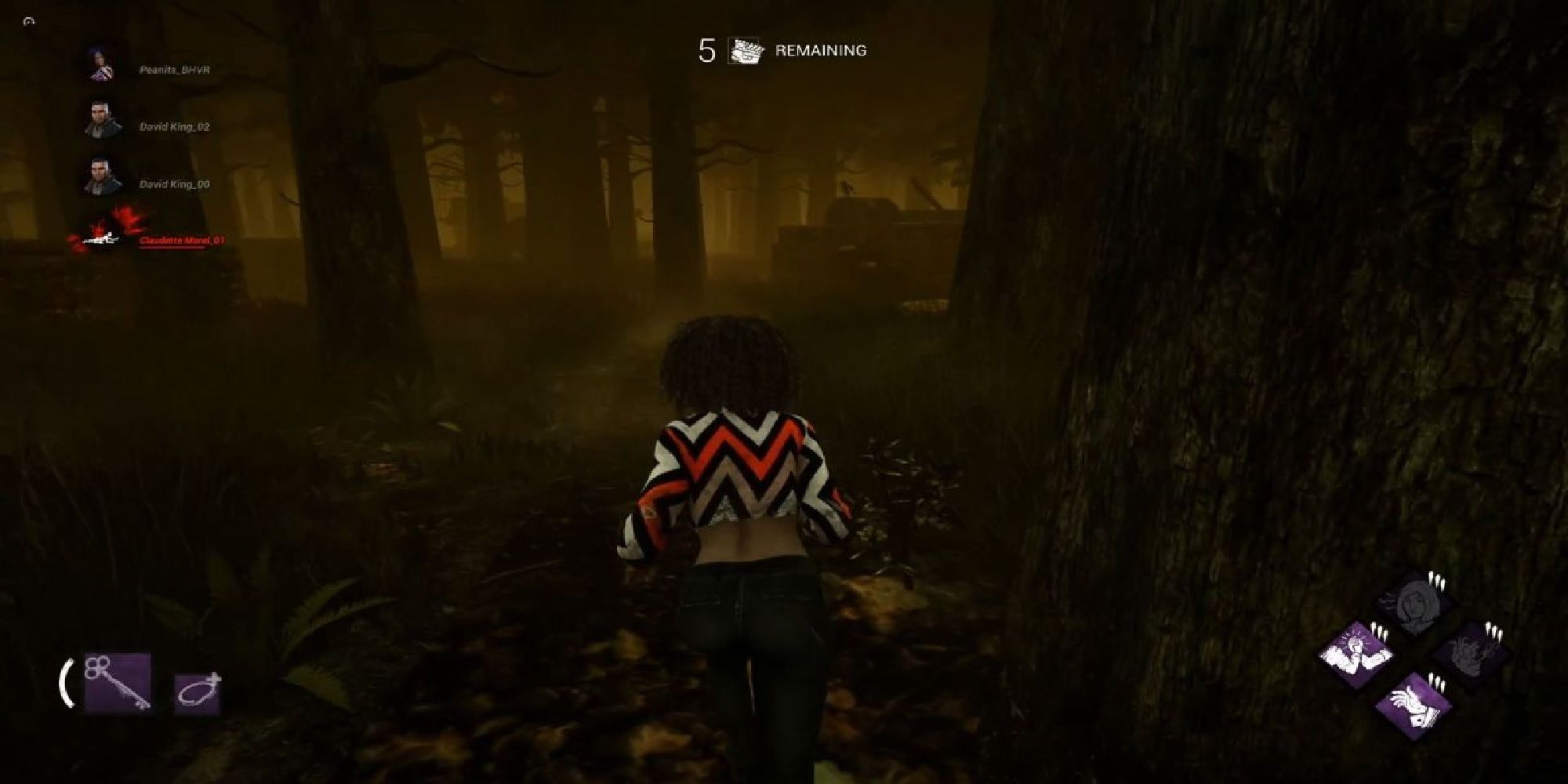 As previously mentioned, Behaviour has been adding quality of life changes to Dead By Daylight over the course of the game's lifespan. Many of these changes consist of bug fixes, updating the unique splash-art for pre-existing characters and, most importantly, improving the overall quality of the game.

In the latest Chapter, Behaviour cleaned up the User Interface drastically, making small changes that resulted in a big impact. There have been helpful changes to the perk menu that allows players to skip to specific perks (instead of having to cycle through them one by one) and also the addition of subtitles to the HUD (which can be toggled within the options).