Cyberpunk 2077 is undoubtedly one of the most highly-anticipated games of the generation. It was announced by developers CD Projekt Red almost a decade ago, and its laboured development has seen a lot of headlines along the way. Cyberpunk 2077 was infamously supposed to be coming out in April of this year, before it was pushed back to November. By the time November came around, fans were devastated by the further announcement that it would then be pushed back to December 10. While some corners of the fandom were beginning to worry that it would be delayed again – or perhaps never come out at all – Mike Pondsmith has now commented on the development of the game itself.

Mike brought the Cyberpunk world to life in the late 80s with the release of the tabletop RPG of the same name.

Since then, the game designer has released a plethora of expansions and updates for his tabletop experience, before eventually going on to begin working with CD Projekt Red for the recently released video game.

Express.co.uk recently caught up with Mike, shortly before the release of Cyberpunk 2077, to discuss the journey he has been on, and how the development process has gone in the past eight years.

First, Mike was keen to talk about how CDPR brought his iconic character Johnny Silverhand to life. 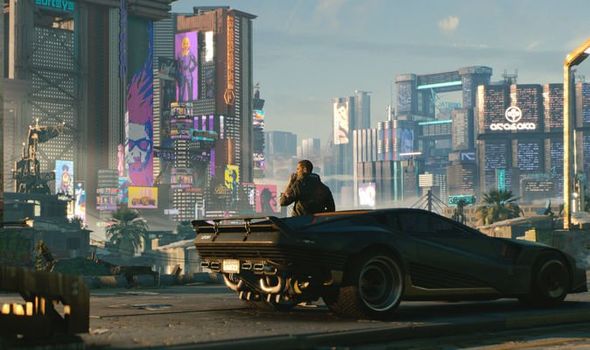 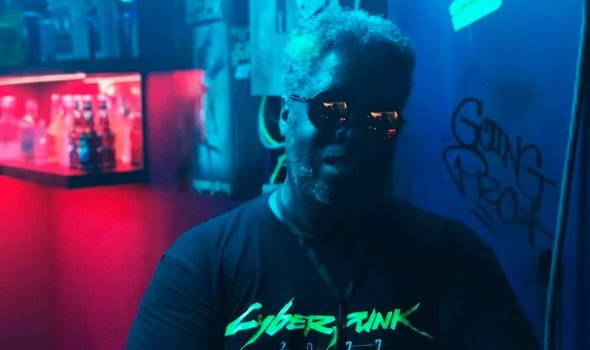 Johnny Silverhand has been the main antihero for Cyberpunk since its inception.

Johnny might call himself passionate, determined, and opposing, while other members of Night City – the fictional sprawling hub where the series is set – call him a terrorist.

In Cyberpunk 2077 Johnny is played by legendary Hollywood actor Keanu Reeves. His casting was a shock, as Johnny was not even confirmed to be in the game, let alone expected to be played by a famous actor.

On learning the news that Keanu was taking on the role of his iconic character, Mike explained: “Basically what happened was [CDPR], I think, got Keanu – and to this day I don’t entirely know how they pulled it off – but I hadn’t thought about [casting Johnny].

“They held it a secret until I got to Warsaw, and [then] they asked: ‘Are you going to be cool with this?’ And I said ‘Yeah!’” 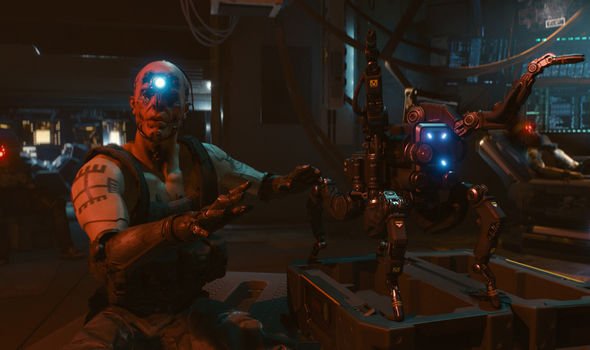 Despite the attraction that Keanu was such an astounding name to have attached to the project, Mike revealed that he was more excited by what 56-year-old could do with the character.

“It wasn’t that Keanu was this famous actor,” Mike went on. “It was more that Johnny is this really internal person, and you don’t really know what is going on.

“He’s really damaged first of all, and you never know what you’re going to get. And I kind of liked the fact that Keanu could be very internal, and suddenly pop up with something. So it worked well with me.”

Considering how much story, lore, and respect was behind the Cyberpunk brand, it was surely a tough decision for Mike to opt-in with CDPR going forward.

And although the promotion and marketing of the game has certainly incited excitement within the game’s fanbase, Mike had some reservations about the game’s scope at first – but was quickly calmed when he saw the results.

Speaking about working with CD Projekt Red, Mike explained: “It was a very very cooperative situation – which has dialled down a lot more now.

“I bring something to the table which I think is very helpful, which is I worked in video games.

“I didn’t have unrealistic ideas of what we can do [with Cyberpunk 2077]. In fact, I did not think we could pull off some of the stuff I’ve seen! I thought, oh my god! This is going to take so many man hours!”

When pressed on what things about the scale of the game worried him, Mike replied: “Things like the density of crowds, and things like that. And the fact that people don’t look robotic on the street.

“And the overall feeling that it’s a city – even beyond what I can see on the screen – I can hear, when I’m listening to things, I can hear honking and stuff going on miles away which would be happening in the city.

“A lot of those things were difficult tasks, but I’m pretty happy so far with everything I’ve seen.”