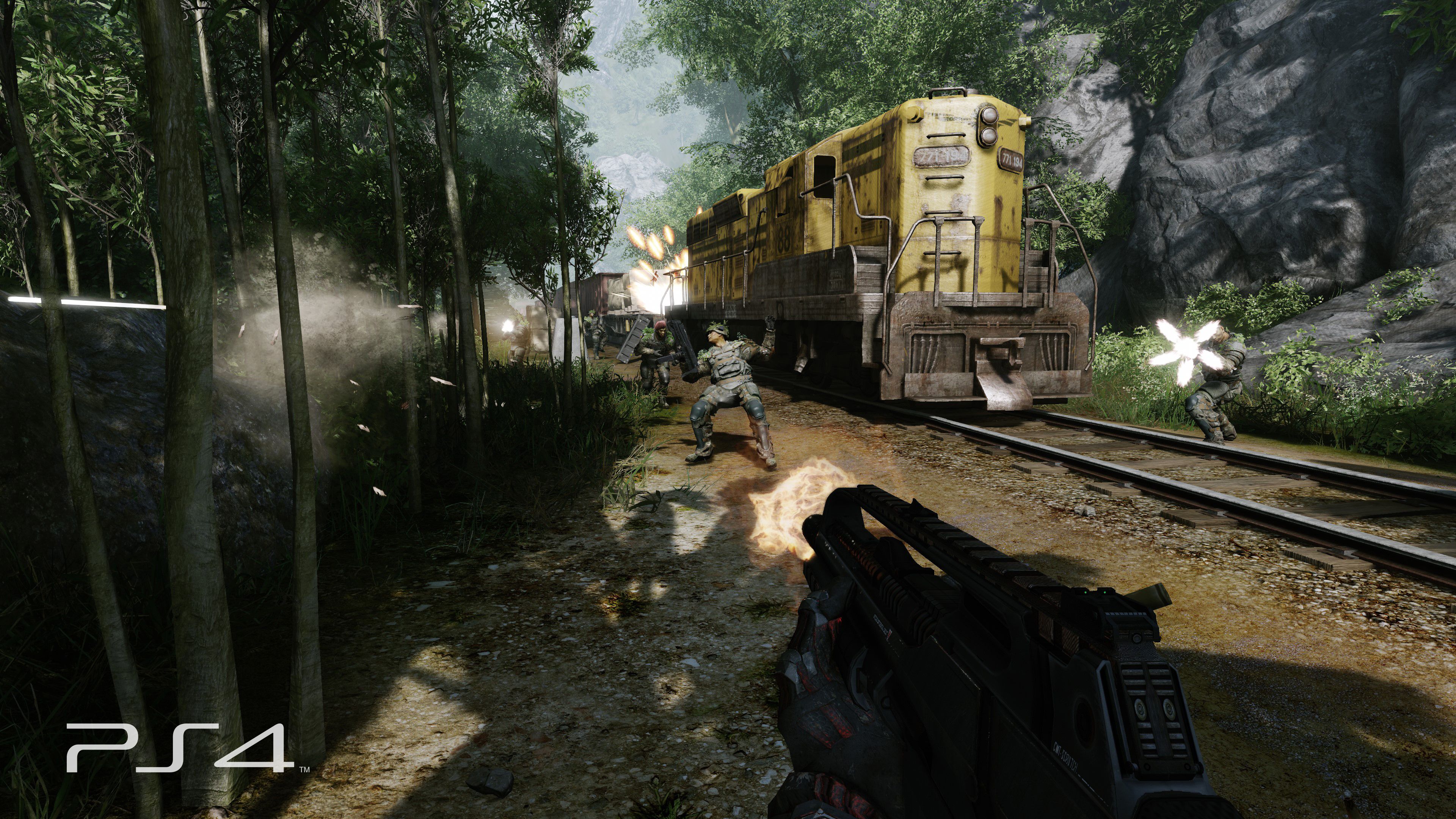 Crytek remaster all three Crysis games but how do these formerly cutting edge first person shooters look and play today?

Crysis used to be the state-of-the-art in video game graphics. A game that was so difficult to run on PCs of the time, and those for several years after, that the power of a desktop PC began to be measured purely on the basis of whether it could run Crysis with all the settings at maximum. 14 years later and you can play it on any old PlayStation 4 or Xbox One – or even the Nintendo Switch. The question is, do the games’ mechanics still hold up compared with modern first person shooters?

Going back to the original Crysis, the thing that’s aged worst is the voice acting. Apparently, back then even big budget games could get away with relatively amateur performances and playing it today the acting is hilariously bad throughout. Not that it’s a game you’d play for its story, which at best is highly confused, since it involves aliens and the way their DNA interacts with your nanosuit – a set of high tech armour that you wear for each of the games.

At the tap of a shoulder button you can use it to turn invisible, maximise your defences, or sprint very quickly. It only works in short bursts, so timing is essential, but the nanosuit lends itself to lightning fast hit and run attacks, as you try to save enough energy to cloak yourself and hide before its capacitor needs to recharge – which leaves you vulnerable for a few seconds.

The suit gives you superhuman power but with enough limitation that you still have to treat encounters tactically, luring out stray soldiers or quietly stealth killing solo guards, before taking on their more numerous companions. It makes each patrol and guard post its own unique challenge, metered by enemies’ weapons, local terrain features, and the powers of your suit.

Buildings and scenery remain fully destructible, iron sheds and prefabricated military structures cheerfully turning to low polygon matchwood with the application of a frag grenade. It makes any piece of cover you get behind feel temporary, in a way that few games manage. It also means that as battles unfold, there can be frequent, radical changes to the local environment as you and your foes exchange fire.

Despite its makeover, gunplay still lacks the precision of modern shooters. You’ll also notice that guns and grenades don’t sound either loud or dangerous. Gun battles are still interesting, lightly tactical affairs, but the lack of satisfying feedback is noticeable, especially if you’ve just been playing Far Cry 6 or a recent Call Of Duty.

Still, like watching an old movie, its technical shortcomings rapidly become invisible and you find yourself getting caught up in action that remains fresh and challenging to this day. Because every encounter takes place in its own area, with unique combinations of enemies and weapons, your approach to each needs to be tailored to make the best use of your suit’s abilities with whichever guns you have to hand.

Moving on to Crysis 2, you’ll notice an immediate uptick in production values, even if its biggest shift is a move away from the tropical jungles of the first game to the gritty streets of New York City, which, as so often happens in video games, is being invaded by angry, tentacled aliens.

The plot is still a muddle of confusing exposition and over-complicated technobabble, but this time the acting is less likely to make you cringe. Get through its surprisingly dull opening hours and you’re rewarded with some spectacular vistas in the shattered ruins of New York, as you and your nanosuited companions take the fight to the extraterrestrials.

Compared with modern shooters it’s a more focused experience, that frees you from the constant need to loot and craft. You still need to pick up ammo, and you’ll occasionally decide to swap weapons based on what’s available and the terrain on which you’re fighting, but without the continual need to pick things up – and the admin associated with managing those items – it really lets the action shine, free of unnecessary distractions.

The confines of a big city mean there are fewer completely open areas than in Crysis, somewhat limiting your choice of approach. It does mean greater variety though, mixing up streets and rooftops with underground sections that see you descending into the rubble-strewn heart of the alien hive. It all moves along at quite a clip, and while it’s anyone’s guess what exactly is going on with its story, it doesn’t really matter because there’s always a good selection of stuff to shoot at.

By the time you arrive at Crysis 3, set more than 20 years after the initial invasion, the upgrade in acting and storytelling is complete. The plot may make no more sense than the first two games but it’s a lot easier to understand, and the voice actors do a good job of bringing their clichéd action men to life.

As well as featuring the most polished production values of the series, Crysis 3 also heroes your character’s bow, which comes with explosive, electrical, and fragmentation arrows. It’s a weapon that works particularly well with your nanosuit’s cloaking device, since most guns immediately remove its invisibility effect but your bow doesn’t – letting you strike down multiple enemies without being seen.

Levels are even more contained than Crysis 2 though, and while there are numerous arena style open areas, it feels considerably less freeform than the original game did, preferring set pieces to the emergent fun of the first game. It’s also without doubt the easiest of the trilogy and you’ll find yourself dying far less often than you did in the other two.

Unfortunately, along with the graphical overhaul, some new bugs have been introduced. They range from enemies warping in and out of existence to full on crashes to blue screen; plus moments where your character falls through the world, kicking you back to the last checkpoint. It’s tiresome rather than completely destructive to the experience but does feel disappointing given the remasters’ already delayed release.

Despite those glitches, you’re still getting three fully fledged triple-A games for the price of one. Each one has aged in its own way, but they still retain more than enough distinct character to be entertaining, challenging, and different from other shooters. Alien invasions of New York may be wearyingly commonplace but fighting back using the evolving power of a nanosuit remains a unique and joyous slice of fun.

In Short: The series may no longer be the graphical tour de force it once was, but all three Crysis games remain highly playable, your nanosuit’s suite of powers adding a distinct twist to the shooter action.

Pros: Each game has its own personality and an excellent balance between your suit’s powers and the enemies you encounter. It’s nice to be free of the relentless looting and crafting that dogs modern shooters.

Cons: The plots are a load of techno-gibberish, and the games’ feted open world approach steadily reduces over the course of the trilogy.