The next big Nintendo Switch release, Pikmin 3 Deluxe, is set to arrive on October 30. Franchise fans have probably already played through the demo in its entirety, but… well, actually, it seems that they haven’t. Unbeknownst to Nintendo, a glitch in the demo allows players to reach an area that they really shouldn’t be able to.

So, what to make of Nintendo’s 2020? On the one hand, as reported back in August, the company’s profits increased by 500% as a result of burgeoning sales (well, everyone needs something to play during lockdown). On the other, while Animal Crossing: New Horizons remains as super-popular as ever (with its fresh new Fall update for pumpkin-loving players to enjoy), big Switch releases have been few and far between since the game launched back in March.

The biggest news lately has been the glitch-tastic Minecraft Steve arriving in Super Smash Bros. Ultimate. Now another high-profile Nintendo release is finally set to touch down, in the form of Pikmin 3 Deluxe, and it’s been discovered that the game’s demo is subject to a complex, rather surprising glitch sequence. 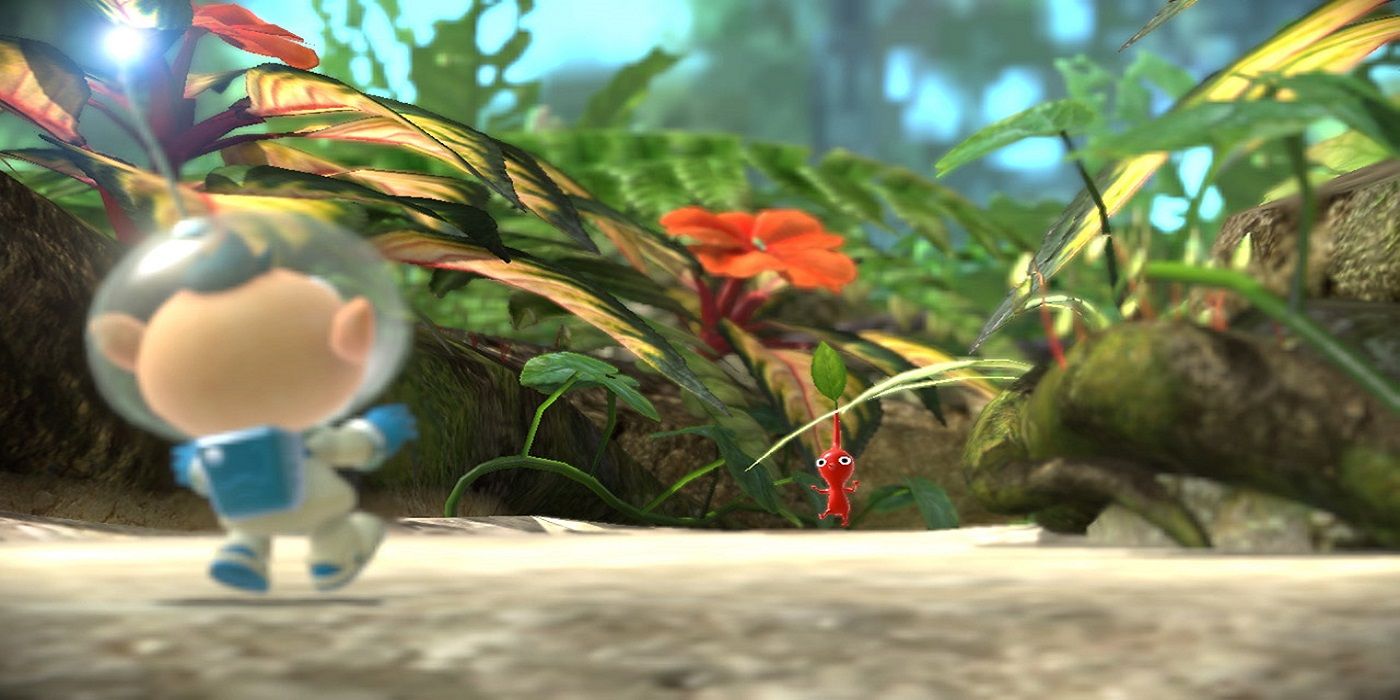 Here’s the deal. As Nintendo’s official website reports, the demo is intended to allow the player to get a taster of the title (of course), from the beginning to the first boss, while also dipping a toe into Mission Mode. Save files carry over to the full game and as a little extra, defeating the first boss will unlock Ultra-Spicy difficulty (again in the full game) and a little more instant access to Mission Mode content.

Nothing that can’t be unlocked from scratch through regular gameplay, but a neat little incentive to ‘complete’ the demo. Interestingly, though, a determined player has found a way to glitch out of bounds to a later area in the game, defeating boss #2, the Vehemoth Phosbat. The method of doing so is very finnicky and tough to replicate but in essence, as reported on Reddit, “by pulling off a tricky series of out of bounds glitches, it is possible to explore the rest of Charlie’s crash site and even defeat the boss that kidnaps him. The 30 yellow pikmin you encounter at the start are just enough to defeat it. You’re free to explore the rest of the area, albeit without enemies or collectibles.”

If trial and error precise sequence breaking isn’t your thing, you can instead watch APerson13 pull off this tricky stunt here (via NintendoLife):

The reward for doing all of this and defeating the boss? The demo can’t proceed any further story-wise and will crash if it tries to actually load further missions. Still, what a turn of events.

NEXT: Pikmin 3 Deluxe On Switch Has Almost The Same Performance As Wii U Original