20 years ago, I remember interviewing Joe Kucan, an emerging star of video game acting, for his role as the villainous Kane of Command & Conquer. His bald head and mean face epitomized why the player had to save the world from this evil.

And now he’s coming back. Kane and all of his vivid video game cinematics will be available in Command & Conquer: Remastered Collection, which publisher Electronic Arts says will be available June 5 worldwide on the PC via Origin and Steam.

The collection for the real-time strategy series includes Comprised of Command & Conquer: Tiberian Dawn, Command & Conquer: Red Alert and their three expansion packs — Covert Ops, Counterstrike and The Aftermath. The project comes from EA and some of the original Westwood Studios team members at Petroglyph.

Kucan was a great villain, but in real life, he didn’t like violence. So he told me he visualized squashing bugs when he was acting to get his anger up.

EA’s lead producer on the project, Jim Vessella, shared with the community that as an ode to fans, the Command & Conquer remaster is bringing back the iconic music from the series with the creator of the original, Frank Klepacki, in a special recording with the Tiberian Sons, a band who specialize in remixes of video game music.

The result is over 20 high-fidelity tracks that can be seamlessly integrated into campaign missions via the toggleable audio settings. The full announcement can be viewed here. 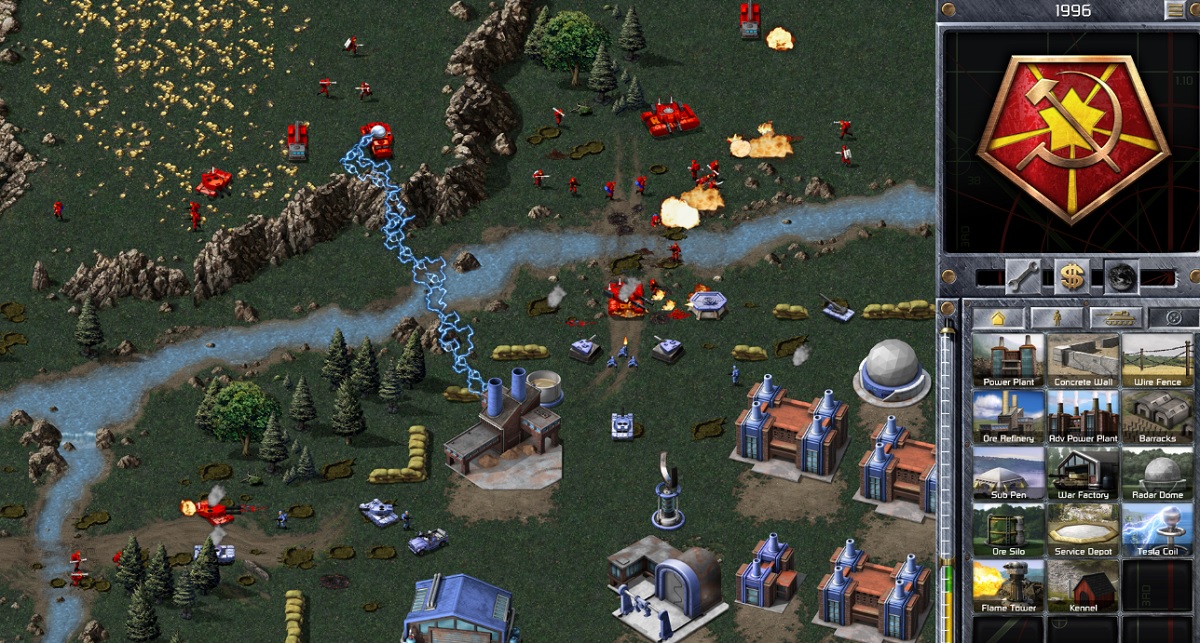 Above: C&C: Red Alert game screen. The remake is in classic 2D graphics.

EA revealed the project in October 2018 to get community insight before development began. An active Community Council has been involved since early pre-production with access to the development team. The title features rebuilt graphics and textures with support up to 4K resolution, along with an over seven hour soundtrack remastered by the renowned original composer Klepacki.

The community has helped shape the enhancements of the game through highly requested features like revamped UI, updated controls and a Map Editor for fans to showcase their creations. Multiplayer has been rebuilt from the ground up to support a modern online experience with custom games, 1v1 quick match, Elo-based matchmaking, leaderboards, and replays.

The collection itself is $20 while the special physical edition is $60, and a 25th Anniversary edition is $150. I was a big fan of Command & Conquer: Tiberium Dawn when it was released in 1995. I remember playing it on the phone modem with my friend Randy Fujimoto. But when my wife called to say she was coming home, it would interrupt and disconnect our game. I suspect the connection is better now, and I’m looking forward to seeing some of those old videos of Kane, the megalomaniac leader of the Brotherhood of Nod.

Kucan had a nice run in the C&C series. At the time, 20 years ago, Westwood Studios cofounder Brett Sperry told me, “The fans love him. We can’t make a Command & Conquer game without him.”