Home » News » Chivalry 2 beta dates, release time, pre-load news and how to get a code for PS4, Xbox One

Chivalry 2 beta dates, release time, pre-load news and how to get a code for PS4, Xbox One 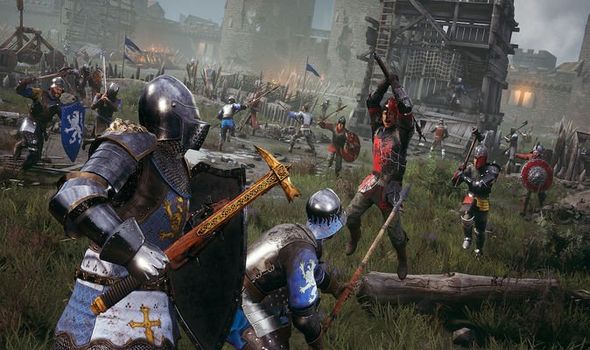 The Chivalry 2 beta weekend is about to begin on PS5, PS4, Xbox Series X, Xbox One and PC.

The medieval multiplayer game’s beta weekend has an April 23 release date, and a 3.30pm BST launch time on all platforms.

The Chivalry 2 beta ends during the early hours of April 27 for fans living in the UK.

Sadly, however, this is a closed beta, which means only a select few fans will have the opportunity to play.

If you want to get a code for the Chivalry 2 closed beta, you’ll need to pre-order the game from a digital storefront.

“All digital pre-orders for both console and PC include guaranteed access to the Cross-Play Closed Beta,” reads an official FAQ.

“On all platforms, the Closed Beta will be available if you pre-order before or during the Closed Beta weekend. After pre-ordering, as of April 23 at 10:30am ET just find the Beta on your platform and download it immediately, no key required!”

Another drawback is that the Chivalry 2 beta can’t be pre-loaded ahead of schedule. This means you’ll need to wait until 3.30pm to start downloading the game.

It’s unfortunate, because it means some fans will have a longer wait before they can start playing.

This is especially true if your broadband speed isn’t the quickest, or if you’re unable to start downloading until later in the day.

On the plus side, however, the Chivalry 2 closed beta will support cross-platform play, which should speed up wait times during matchmaking.

With the Chivalry 2 beta about to begin, fans can brush up on their combat skills by watching a new tips and tricks video (below).

The video reveals how to parry incoming strikes, how to block, and how to counter. Better players will also utilise melee attacks to break their opponent’s blocking stance.

If you’ve played something like Mordhau on PC, then you should be pretty familiar with how Chivalry 2 works.

The game’s brawls take place on huge medieval battlefields, where players must storm castles, fire off weapons and more.

“Players are thrust into the action of every iconic moment of the era – from clashing swords, to storms of flaming arrows, to sprawling castle sieges and more.”