Call of Duty Warzone Season 5: Perfect time to unlock the CX-9 in Warzone 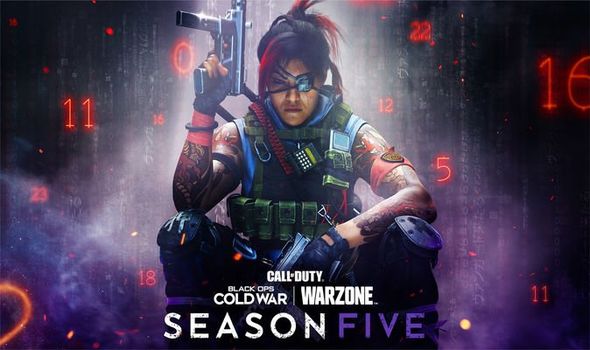 Following a wobbly start, it appears the Call of Duty Warzone CX-9 can now be unlocked by completing an in-game challenge.

Developers Raven Software confirmed that there were issues with the new weapon launch, with the Warzone team telling fans tonight:

“We are aware of an issue with the CX-9 (MW) where the Unlock Challenge and Level are not tracking.

“We are actively investigating and have updated the Warzone Trello to reflect this: The CX-9’s Unlock Challenge and Level are not properly tracking.”

The good news is that Raven Software has now revealed that this earlier issue has now been fixed via an update,

“We have pushed an update to Warzone that resolves the issue with the CX-9 Unlock Challenge and Level Progression not working properly. Thank you for your patience.”

And while there are different ways to unlock the CX-9 SMG, this week will be the perfect time to unlock it in Warzone.

How to unlock CX-9 in Call of Duty Warzone

Warzone gamers have several choices when it comes to unlocking the CX-9 SMG on PS4, Xbox One and PC.

If you own Modern Warfare of Call of Duty Warzone, you can unlock the SMG by getting two Longshot Kills while using an SMG in five different matches.

“This respawn-enabled mode uses sections of the map to create action-packed, high-intensity moments where brawls for objectives turn into complete chaos as your squad fights for control in a match’s final seconds.

“And with Custom Loadouts and chosen Field Upgrades enabled, Payload beckons the most Elite Operators to not only prove themselves for post-match bragging rights, but also gain some serious personal progress for Attachments, Weapon Camos, and more.

“As part of the ongoing conflict between Perseus and NATO, satellites have crashed into various locales around Verdansk. After weeks of conflict over the salvageable remains, both factions have successfully brought in a new indestructible flatbed truck to load the satellites and retrieve them from the warzone.”

Payload is probably going to end with the end of Call of Duty Cold War Season 4 on PS4, Xbox One and PC.

Activision has confirmed the Warzone Season 5 release date, which is scheduled for Thursday, August 12.