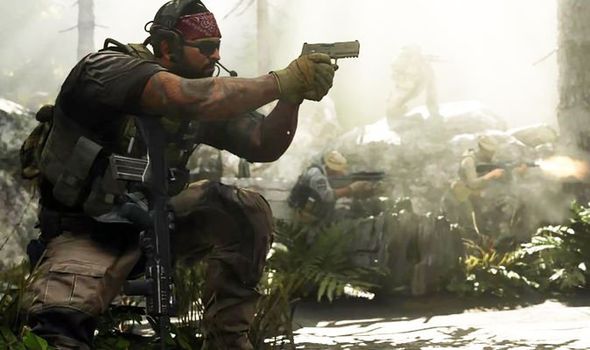 Call of Duty Modern Warfare’s new Warzone mode is about to make its debut on PS4, Xbox One and PC.

Based on reports, it seems pretty certain that Warzone Battle Royale will have a March 10 release date at 6pm UK time. All we need now is for Activision to make the announcement official.

And it looks like the time is at hand, as Activision gets ready to break its silence on Warzone.

According to trusted leaker Okami, the Warzone Battle Royale announcement trailer is ready to go, and is likely to launch later today (March 5).

Activision typically makes announcements and releases client updates between 5-6pm UK time, so this seems to most likely time.

There’s also a good chance the Warzone trailer could leak early, so bookmark this article and check back for breaking news throughout the day.

Okami has also given fans new information about some of Warzone’s unique features.

The latest reports suggest that Warzone will only be playable as part of a squad, which rules out solo play.

This ties in to previous reports that Warzone will adopt a ping system similar to the one used in Apex Legends.

Elsewhere, Warzone is said to be free-to-play, and will launch as its own separate client.

This also ties in to previous suggestions that you can download Warzone even if you don’t already own Modern Warfare.

Considering the success of games like Fortnite and Apex Legends, a free-to-play Battle Royale experience would certainly make sense for Activision. It also all but guarantees the release of a Battle Pass at some point in the future.

As for Warzone, the Battle Royale mode is said to support a staggering 200 players. That’s bigger than Fortnite, PUBG, Call of Duty’s Blackout mode, and Apex Legends.

Players will also seemingly be able to pay for air drops by using in-game currency at the various supply stations dotted around the map.

But arguably the biggest leak of all concerns the Warzone map, which is loaded to the gills with points of interest.

Zones are said to include the Airfield, Boneyard, Dam, Downtown, Gulag, Hospital and Layover. That’s alongside zones such as Lumber, Overgrown, Port, Quarry, Storage Town, Trainyard and TV Station.

Presumably the gun store and police station will be popular early game locations, as players hunt down the best weapons for the end game.