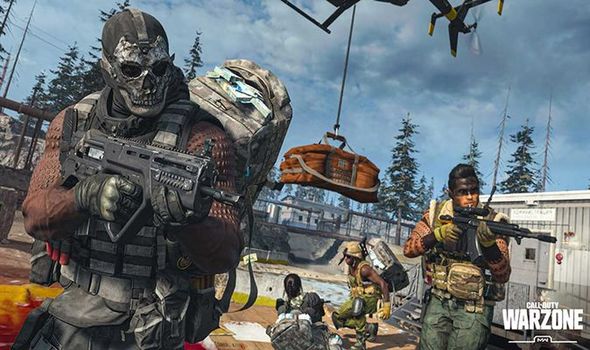 While not a totally new game to play, Call of Duty Warzone is proving a hit with COD fans on PS4, Xbox One and PC, with millions downloading it during its first 48 hours. Available as both an additional mode in Modern Warfare and a standalone free-to-play title, the new Battle Royale experience looks set to keep players engaged over the coming months. But if recent reports are anything to go by, Call of Duty gamers will be getting even more content options during 2020. A new leak claims that Activision is launching a Call of Duty Modern Warfare 2 Remaster in the coming months.

There have been rumours that such a thing was in development for a few years now and it appears 2020 could be the year Activision pulls the trigger on the new project.

Modern Warfare Remastered proved a big success with fans back in 2016 and it could make a welcome addition alongside this year’s Modern Warfare.

And for those who are wondering if this latest rumour should be believed, we’ve had some great news this week that backs it up.

Trusted leaker Okami revealed news about the Warzone Battle Royale trailer and the final release date ahead of its official announcement.

This was tied to the rumours regarding the Modern Warfare 2 Remaster, meaning there are more reasons to trust this latest MW news.

“Warzone is launching March 10th. When all of this comes true you will know I’m right about MW2R coming this year,” Okami posted on Twitter.

He added in a later Tweet: “I think we’ll be hearing about it sooner than people think.”

A MW2 Remaster has been reportedly in the works for several years and there’s been plenty of evidence to suggest it hadn’t been scrapped.

According to this latest news, MW2R will be hitting shelves before Call of Duty Black Ops 5 and will also include multiplayer.

That seems like an essential component considering how popular the original game proved on older systems.

A few other unverified sources have also confirmed that a surprise Call of Duty project is coming this year, so it will be worth keeping an eye out for any clues being dropped in the coming months.

COD spin offs have been teased in the past, with Activision’s President and Chief Operating Officer Coddy Johnson saying this back in February:

“So across console, PC, mobile and e-sports, the Call of Duty franchise has never been better positioned for growth and there is more to come, including entirely new experiences within the Modern Warfare universe.”

This doesn’t go as far to confirm anything but it certainly sounds like interesting new ideas are being cooked up.

And as always, gamers will need to take these latest rumours with a pinch of salt. While the chances of another Call of Duty launch being announced this year are high, there’s no guarantee we will get more than the annual COD game.

A return to the Black Ops universe appears to be on the cards, with any new COD title running parallel with Warzone.