Modern Warfare 2 is another yearly entry to the prolific Call of Duty series. Each title slowly introduces new mechanics, progression systems, and weapons, yet they all retain the core gameplay of frantically running and twitch shooting. What fans fondly remember are the standout (and abysmal) maps unique to every entry.

Call of Duty's map design always relied on its traditional three-lane layout. Despite that, Modern Warfare 2 did its best to shake up the formula with verticality, power positions, and flank routes on top of the overall theme. While a few of these places need more time in the workshop, most of these maps hit the mark as fun combat arenas. 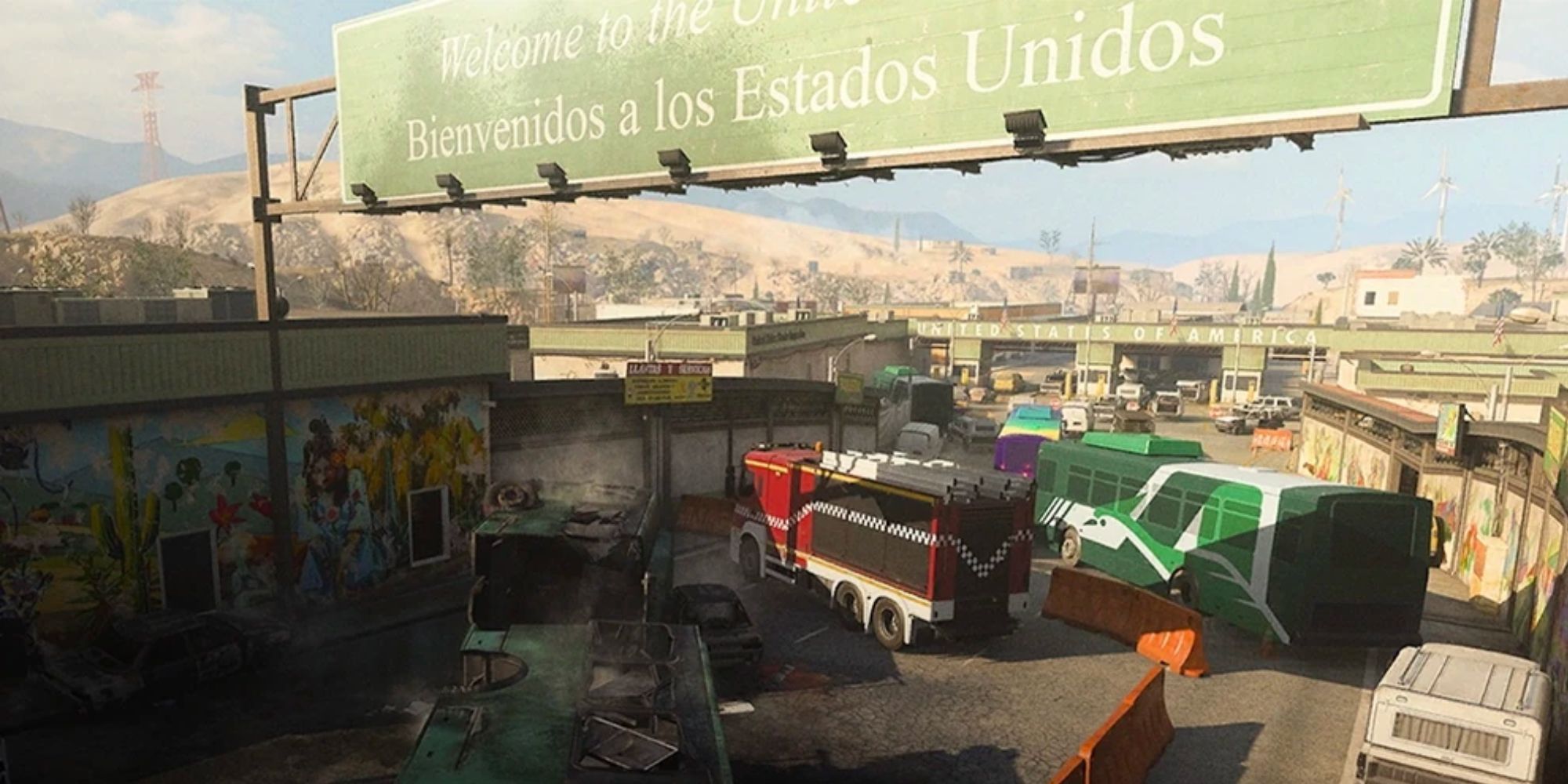 Santa Seña Border Crossing is the most controversial and polarizing map of Modern Warfare 2. Set on a tightly-packed highway, the location is essentially one long lane filled with abandoned cars. Walking down the middle is a death sentence because one stray grenade can create a chain reaction of exploding vehicles.

There are side lanes with fewer cars, but good luck attempting a flank when an enemy sniper is watching that route from their spawn. It's a commendable effort that developers Infinity Ward gave players a map unlike any other seen in previous games, but unfortunately, this experiment is a chaotic mess. 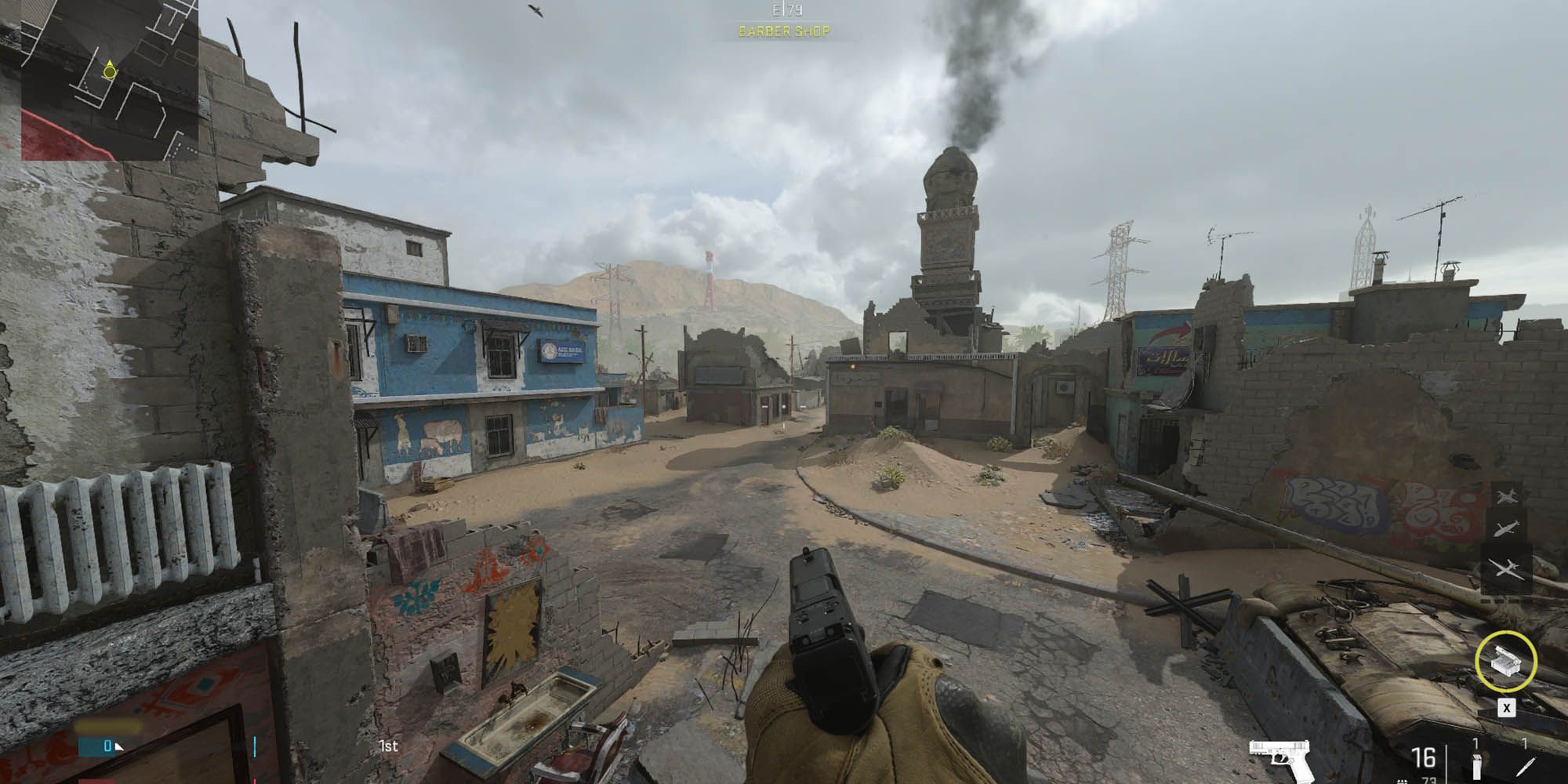 Taraq shares many similarities with the popular Neuville from the first Call of Duty that it could be a spiritual remake. Like Neuville, Taraq is defined by dozens of buildings ruined from battle. However, unlike the former, Taraq forgets to place buildings in its wide open center.

Taraq encourages camping and passivity because anyone caught in the open will be sniped from the numerous windows and vantage points. You can attempt to flank in the outskirts, but the large map has many long sight lines. 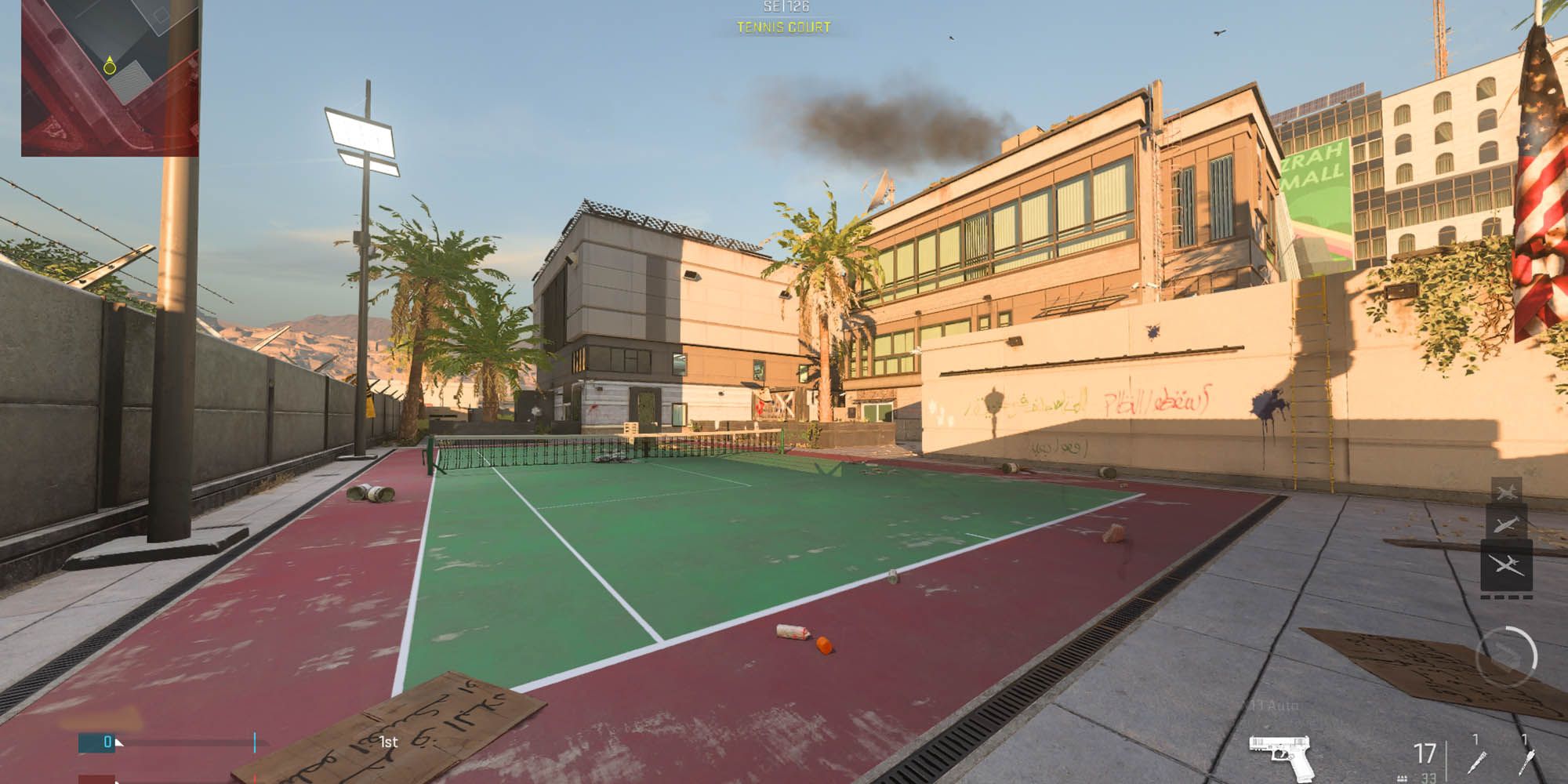 Modern Warfare 2 ditches the idea of three lanes and experiments with having three power positions instead. Embassy is a closed map with three main buildings, tight hallways, and multiple flank routes. It's fun to contest and fight in these buildings because they offer excellent power positions with windows overlooking popular routes and objectives.

Embassy has its issues where the enclosed hallways often end up with operators running into each other. It also feels difficult to retake high ground because they have such a fortified vantage point. If you prefer running shotguns, you'll learn to love this layout. 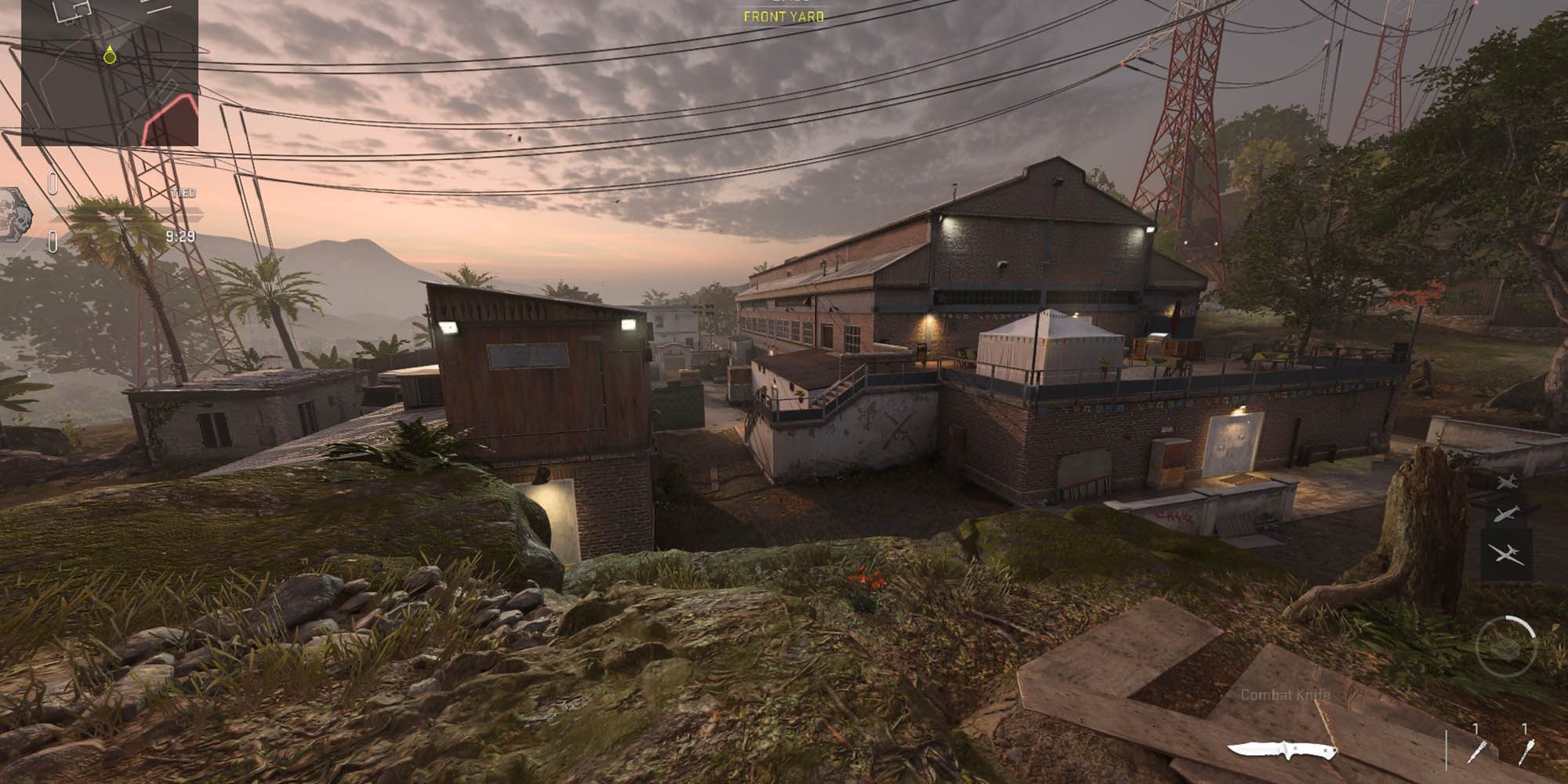 Most of El Asilo's action takes place in or around the Asylum building, right in the center of the map. El Asilo is fun because of all the constant brawling and short spawn points, so you can get right back inside to play Halls of Duty.

However, the side paths, especially the hill area, command an impressive sight line into spawn points and heavy traffic areas leading up to the asylum. El Asilo's strongest feature is all the gun fights in the middle, but the oppressive sidelines dilute that experience. 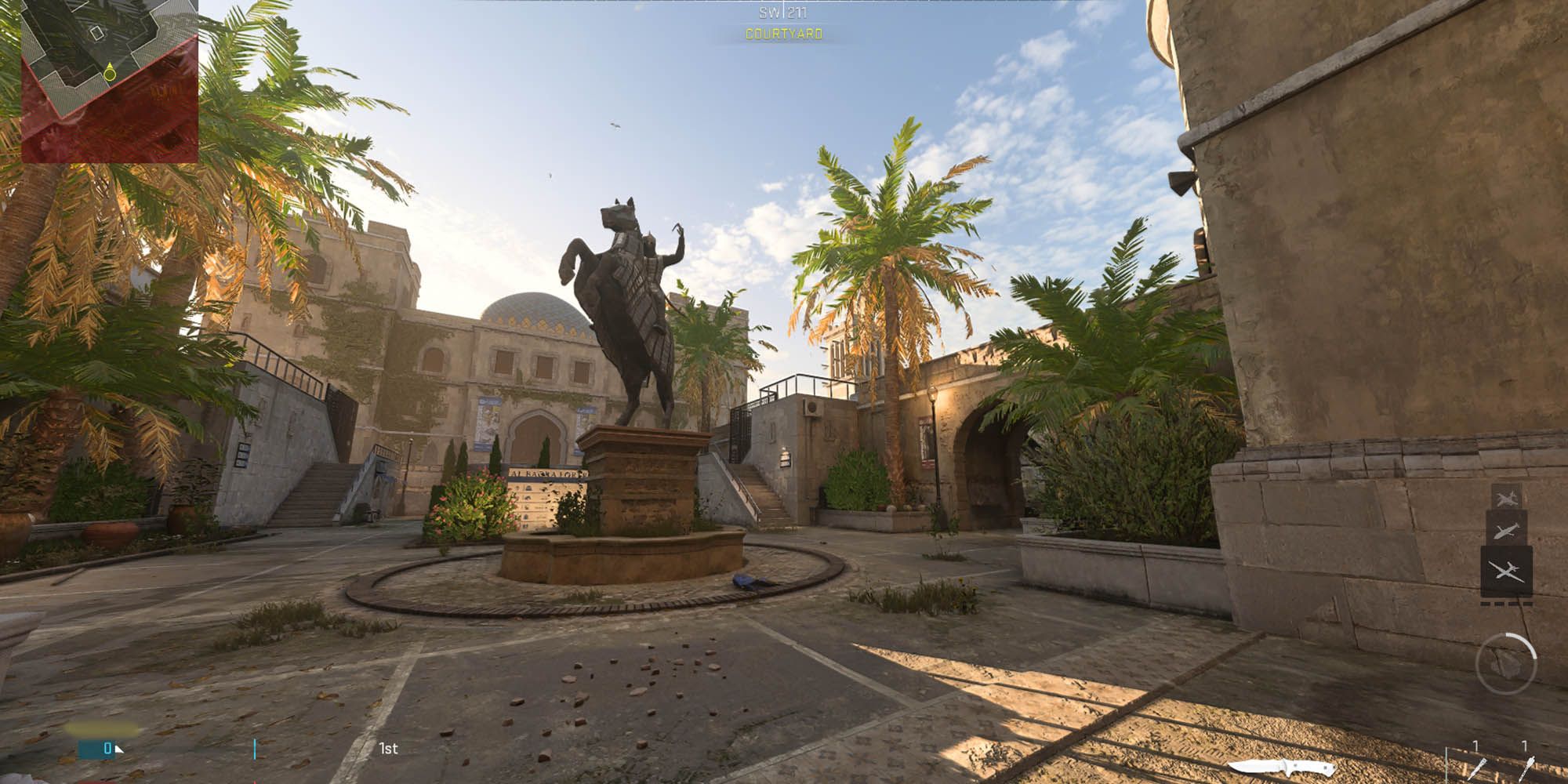 Al Bagra Fortress is another small, packed map where all three lanes converge for a hectic firefight in the middle. All lanes are equally powerful since the side paths offer good opportunities to wrap around the enemy team, and the veranda in the center gives a good view of the whole area. If you're the brave soul who wants this powerful position, you have to accept that there's death from all directions.

Fortress works well on all modes, as there aren't any notorious camping positions. Any obvious power position is clear to see before entering the area, which lets you get a lot of mileage from a well-placed drill charge. 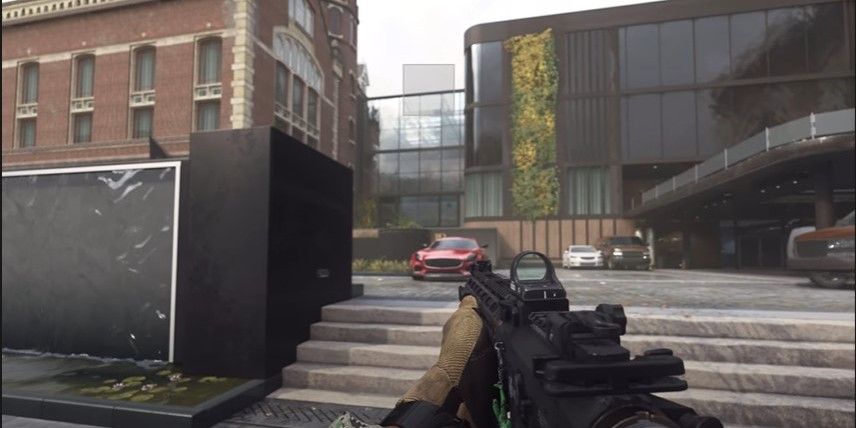 Breenbergh Hotel, based on the real-life Conservatorium Hotel in Amsterdam, has an intricately detailed interior layout that's a visual treat. Additionally, it's a well-designed map where all players are funneled into one large building. Breenbergh Hotel also encourages aggressive rotations because you can only cover one or two rooms due to all the walls and corners.

There's only one notable high vantage point on this map, and staying there puts you in a very dangerous position. Breenbergh Hotel is a great map if you want frequent firefights in every location in the area. 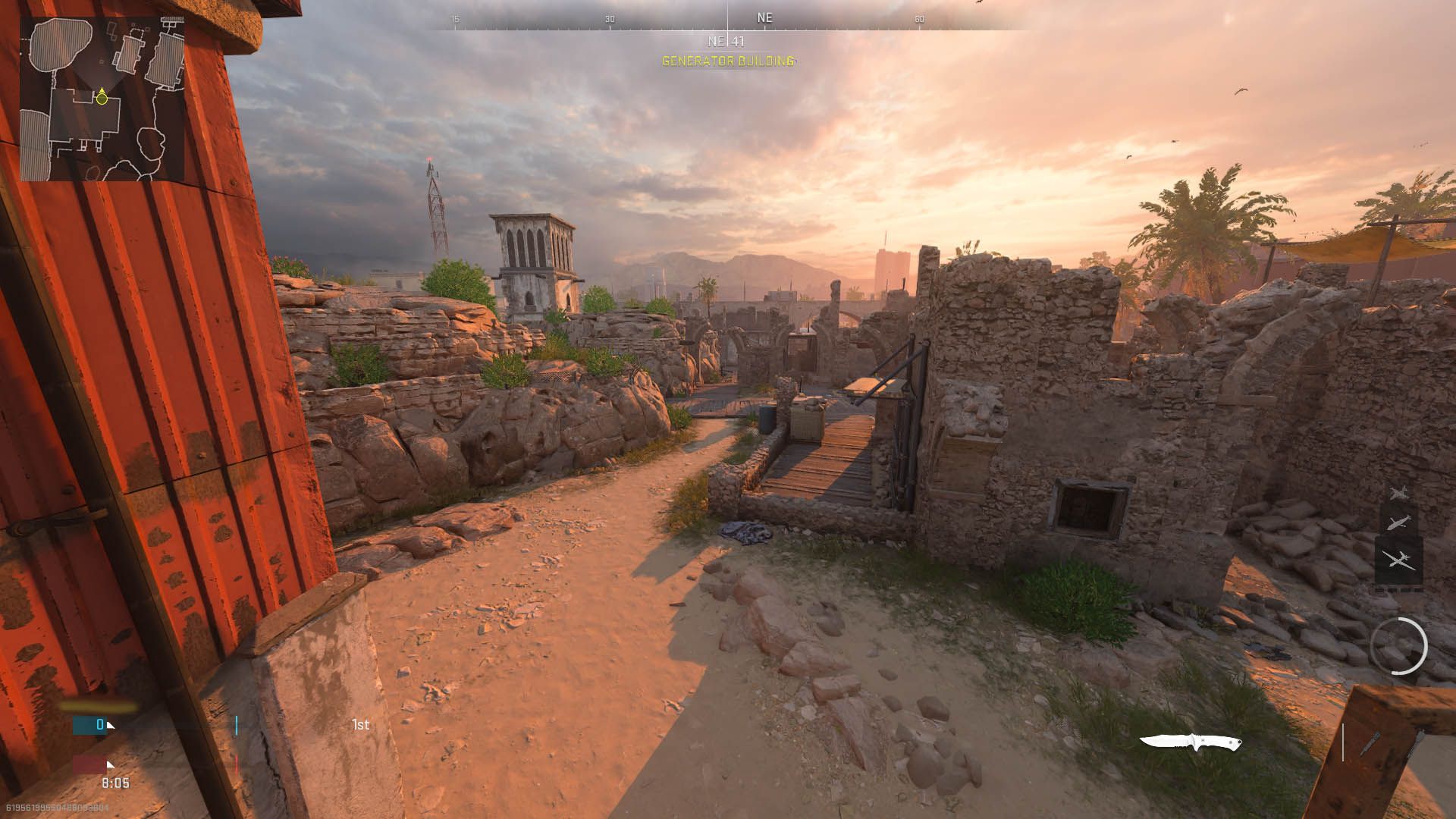 You can bring any class loadout to Zarqwa Hydroelectric and still have a fun time. The standard three-lane map has long and open sight lines for snipers, mid-ranged engagements for assault rifles, and flank routes that let you surprise the enemy team. Zarqwa Hydroelectric is also the only map to feature swimming mechanics.

The underwater tunnels are connected to contested buildings and the outskirts of the map. Regarding gimmick maps, Zarqwa Hydroelectric's water routes are smartly integrated, letting you think of new ways to break enemy lines. 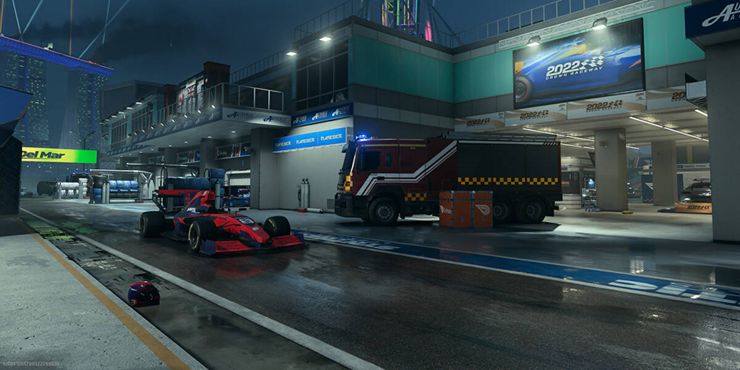 Crown Raceway wins for the most visually striking map on Modern Warfare 2's launch lineup. It's colorful, vivid, and features a balanced layout with barely any exploitable power positions. The middle is the most important area to contest because it allows easy access to every important area on the map.

Crown Raceway is incredible for objective-based modes like Hardpoint and Domination because of its fast-paced encounters. There's barely anyone sniping from the outskirts' far corners, making it one of the best Modern Warfare 2 maps on launch. 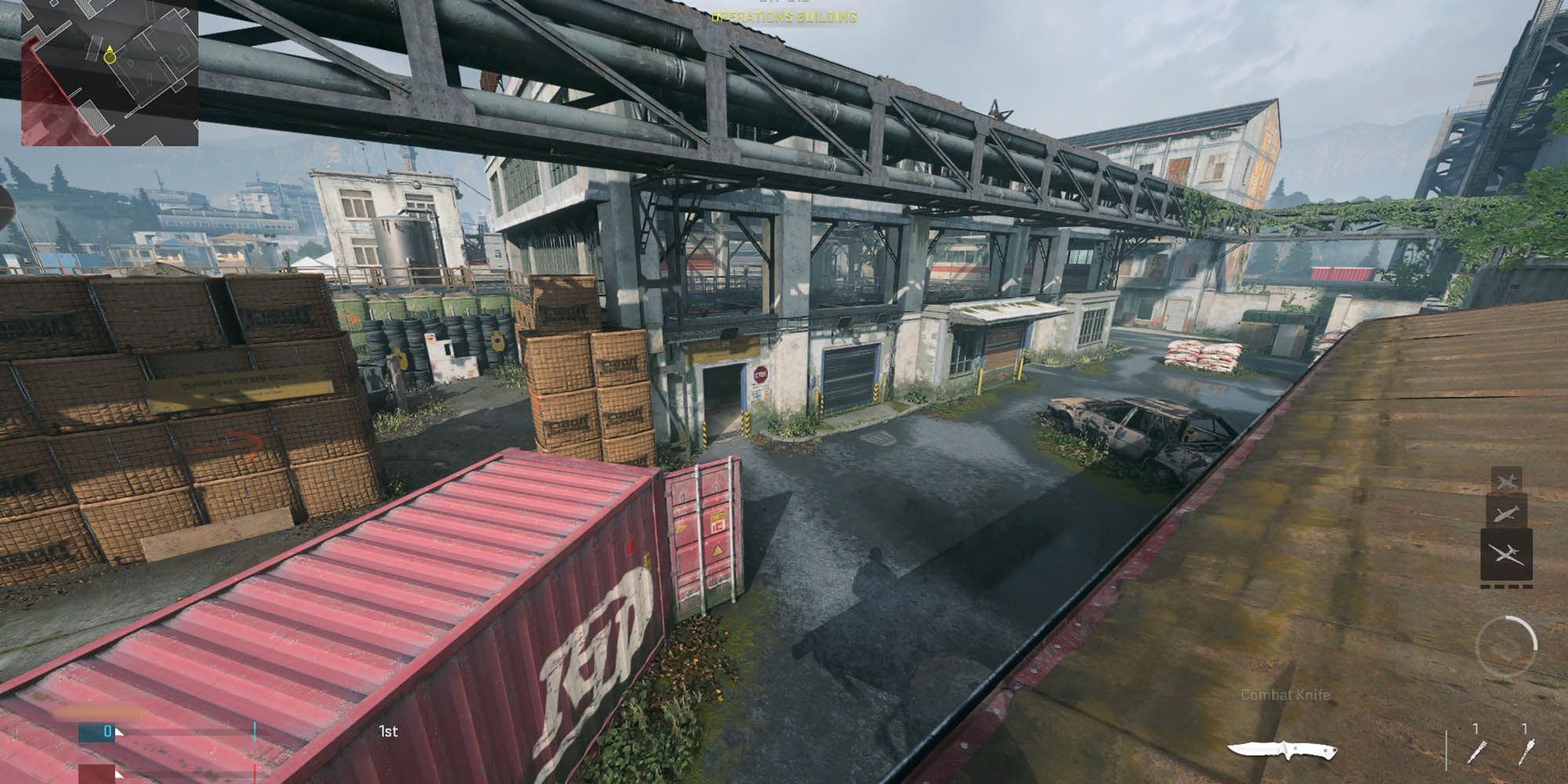 Farm 18 works best during no respawn modes like Search and Destroy because of how it's built. The map's layout resembles a box featuring prominent buildings on the sides. When the objective moves to the center, prepare for a tense and anxiety-inducing hallway where each corner could have an enemy peeking at your entrance.

Farm 18 is an action-packed map because winning one lane can snowball into supporting and winning the other paths. You'll always have a general idea of where the enemy team is on this map, making this an ideal place to practice dueling. 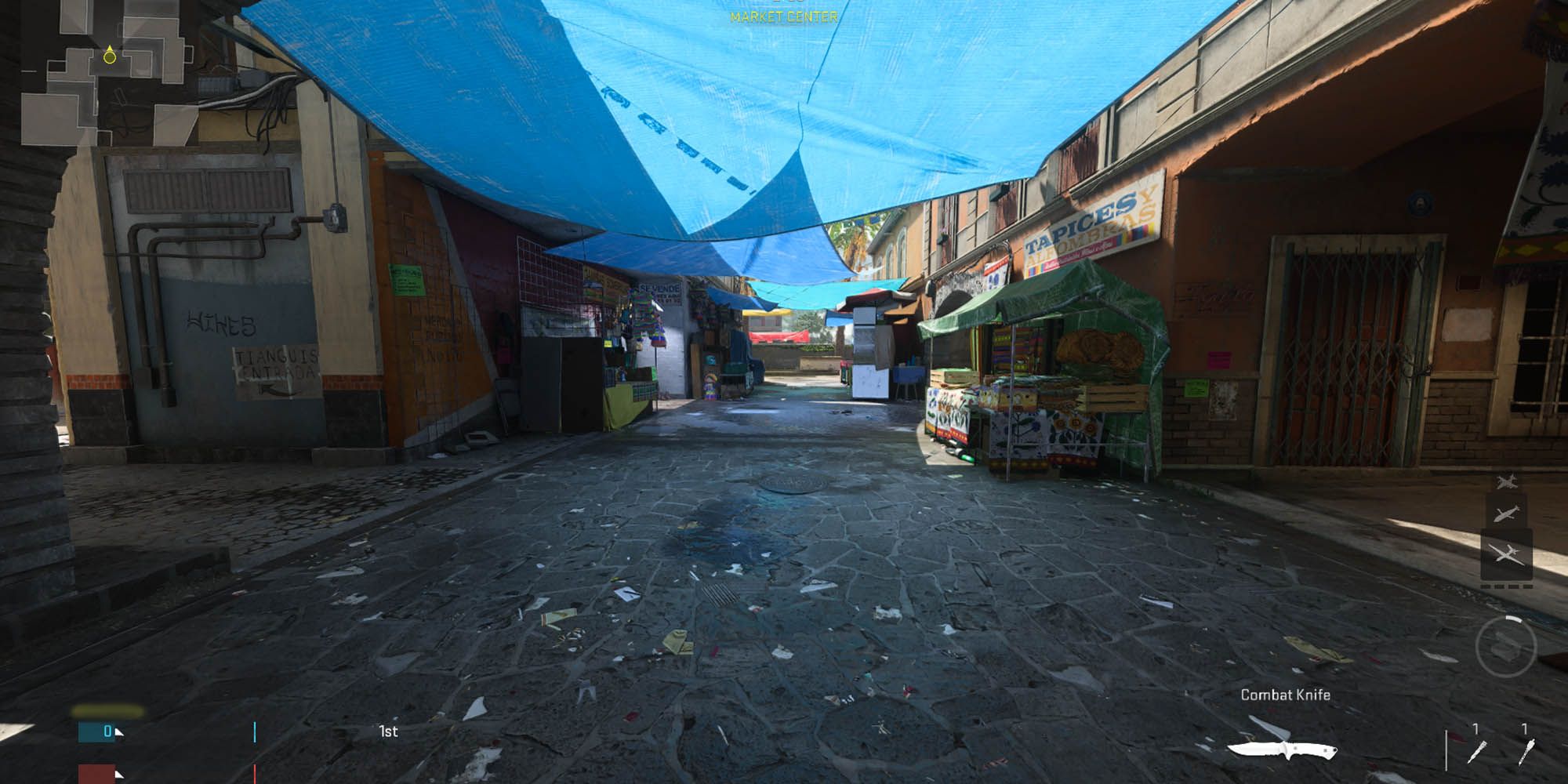 Mercado Las Almas is the perfect example of Call of Duty's three-lane map design philosophy working harmoniously. The street market section in the middle is a long, open sight line that is perfect for snipers. It doesn't feel like a death trap walking into it and there's a strong incentive to contest the lane, as your team can transfer and wrap around to other lanes.

Out of all the maps in Modern Warfare 2, Mercado Las Almas is the most balanced and competitively viable. Each lane has power positions, giving teams small objectives to overcome. It's also aesthetically pleasing because of the vibrant colors of its detailed environment.