Biomutant is a game about choices. Nowhere is that more evident than its robust character creator, giving you several options for both Breed and Class before setting you loose in its massive world. However, not all builds are great for beginners – opt for a highly technical class as a Biomutant novice and you’re going to have a rough time with the game.

If you’re looking for the best beginner builds in Biomutant, you’ve come to the right place. From the gun-loving Dead-Eye to the magic-slinging Psi-Freak, here are the best combinations of Breed and Class – along with a few tips on which skills to unlock as you level up.

The Best Gun Builds In Biomutant 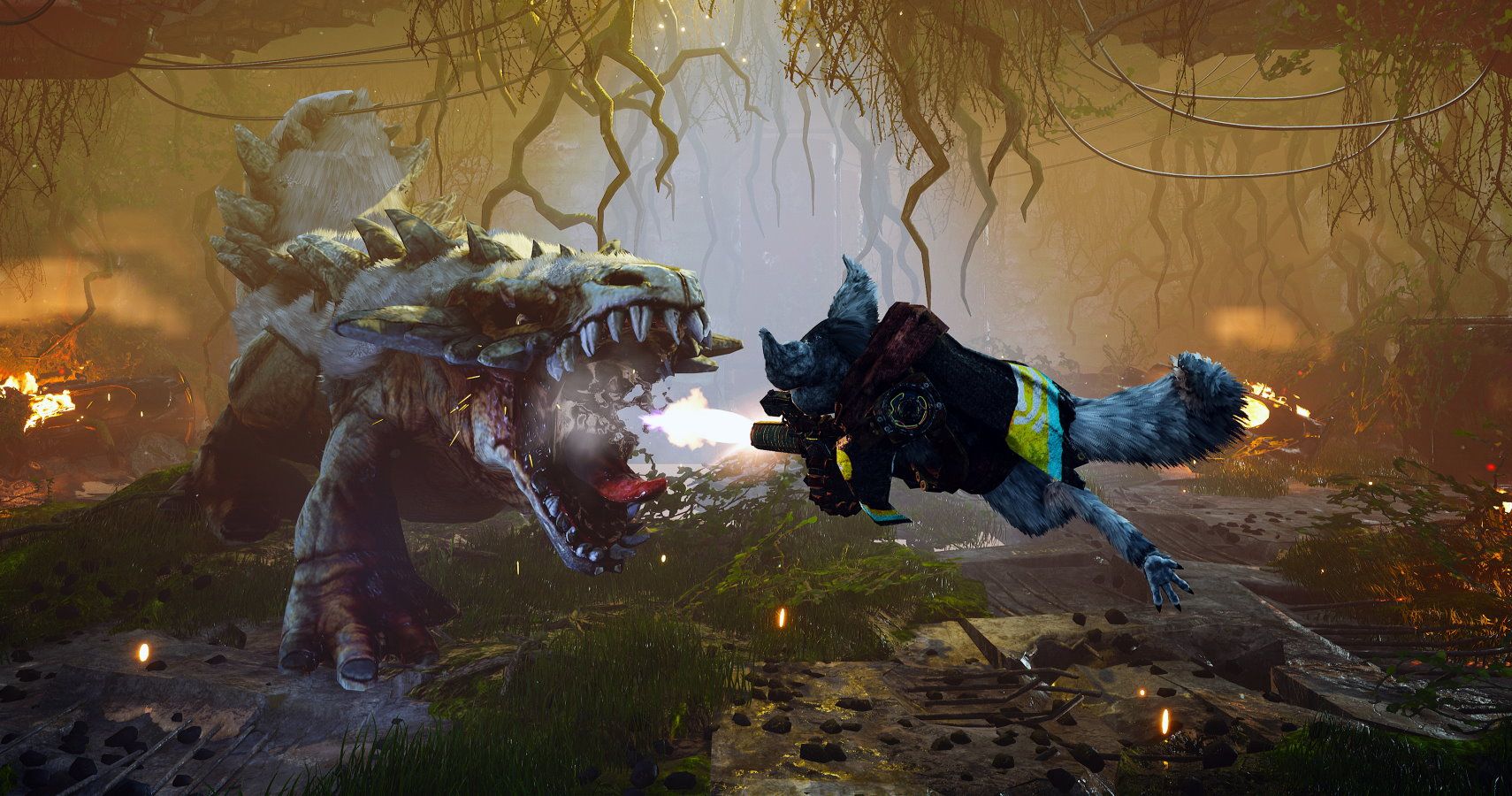 Opting for a ranged build is a great fit for beginners. Not only can these classes pump out incredible damage, but they can stay out of harm’s way while doing so. Both the Dead-Eye and Commando Classes are viable options – although you can further optimize them with the right Breed and unlockable skills.

One of the most fun classes to play in all of Biomutant is Dead-Eye. With an active reload ability that also grants a 20% increase to damage, it’s easy to see why the class is well-suited to beginners. Pair the Dead-Eye Class with the Primal breed and you’ll have an agile character that can sling out a few Psi-Powers in between reloads. Here are a few pointers to make the most of this build:

For this build, you’ll want to first pick a ranged weapon type to max out. All guns are viable for this build, although you should stay away from shotguns that put you dangerously close to the action. Once you’ve unlocked all Wung-Fu for your weapon, work on unlocking all Dead-Eye Perks along with the following skills:

These skills should provide you with an easy way to move around the battlefield, while also making up for the poor melee weapon damage with a few close-range attacks.

Instead of getting a 20% bonus on successful reloads, the Commando sees a 10% boost to all ranged damage. This build is similar to the one above, although it’s less about mobility and more about becoming a literal tank:

Unlike the above build, this one meshes well with shotguns – although it can be a bit more challenging for beginners since you’ll need to get close to your enemies for maximum damage. Still, there’s a lot to like about the damage-heavy build. Once you’ve maxed out your weapon stats and Commando Perks, work on the following:

Since the Hyla class sees a bit of a penalty to Intelligence, most of the skills you’ll want to unlock are movement-based instead of damage-based. This will help you put some distance between you and your enemies if things start to go sideways.

The Best Magic Builds In Biomutant 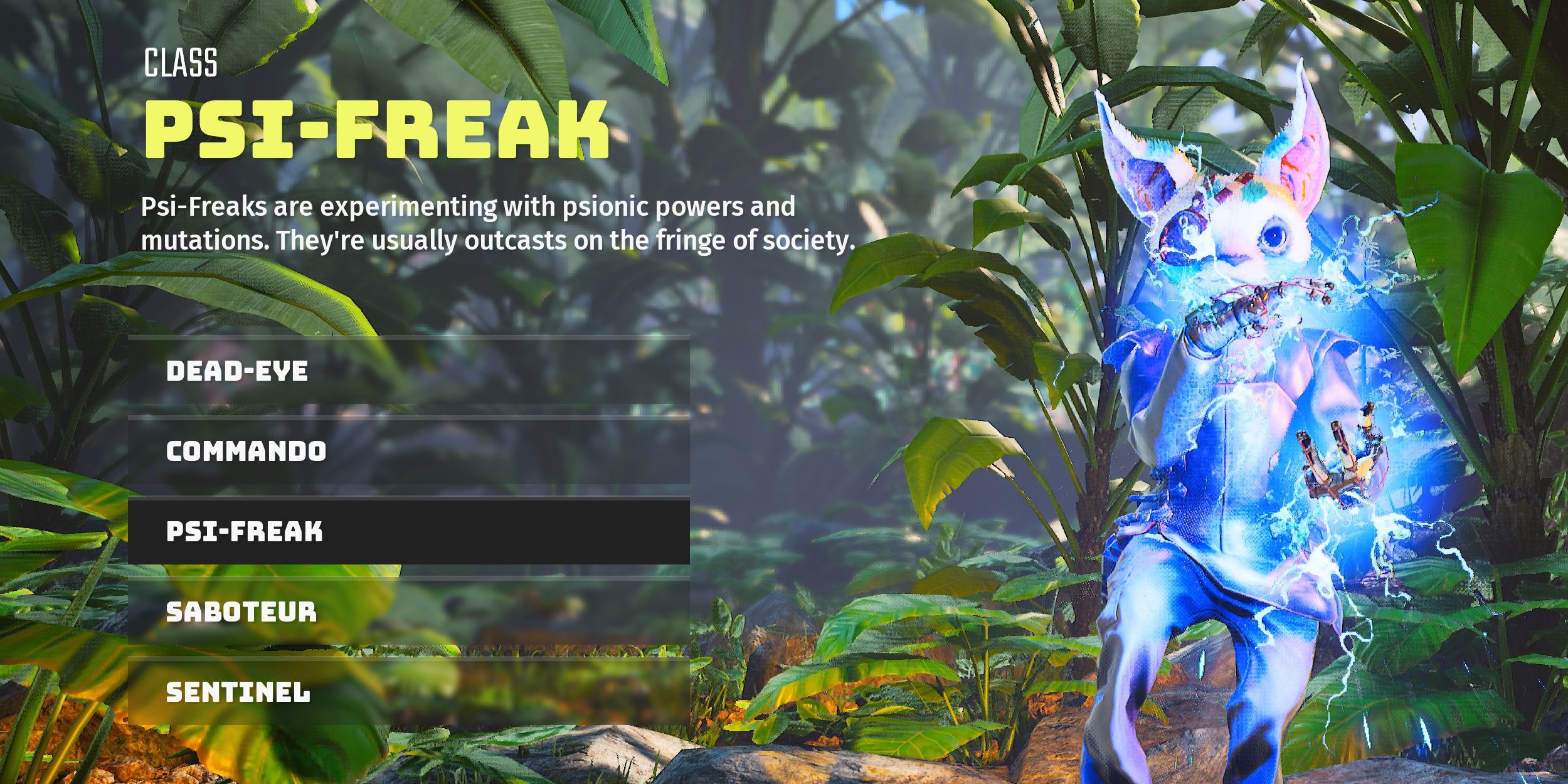 With so many great Psi-Powers and Biogenetics, the appeal of magic builds is obvious. They’re a bit trickier to master compared to other classes, but these builds should work well for beginners.

You’ll still want to bring a few guns to each battle, but this Psi-Freak build is a great setup for beginners dabbling in the world of magic.

As you progress through the game and more skills become available, you’ll need to change up your loadout, but these four entry-level skills should carry you pretty far:

Eventually, it’s best to replace some of these with Mud Punch, Ki Spark, or Skyspark. However, those require a lot of resources to unlock, so be on the lookout for extra Psi-Points and Bio Points as you explore the world of Biomutant.

Mixing guns with magic, this build is a perfect way to experience everything Biomutant has to offer when it comes to combat. Pair the Psi-Freak with the Rex Breed and you’re on your way to an offensive powerhouse build:

Focus on finding a ranged-weapon type that fits your playstyle and quickly unlock all its associated Wung-Fu. Then, unlock all your Class Perks and work on these magical skills:

Do your best to stay at a distance when using this build, although your Psi-Powers should be able to get you out of danger in a pinch. Freeze is also a great way to trip up enemies that are getting too close before using Levitate to move up and out of range.

The Best Melee Builds In Biomutant 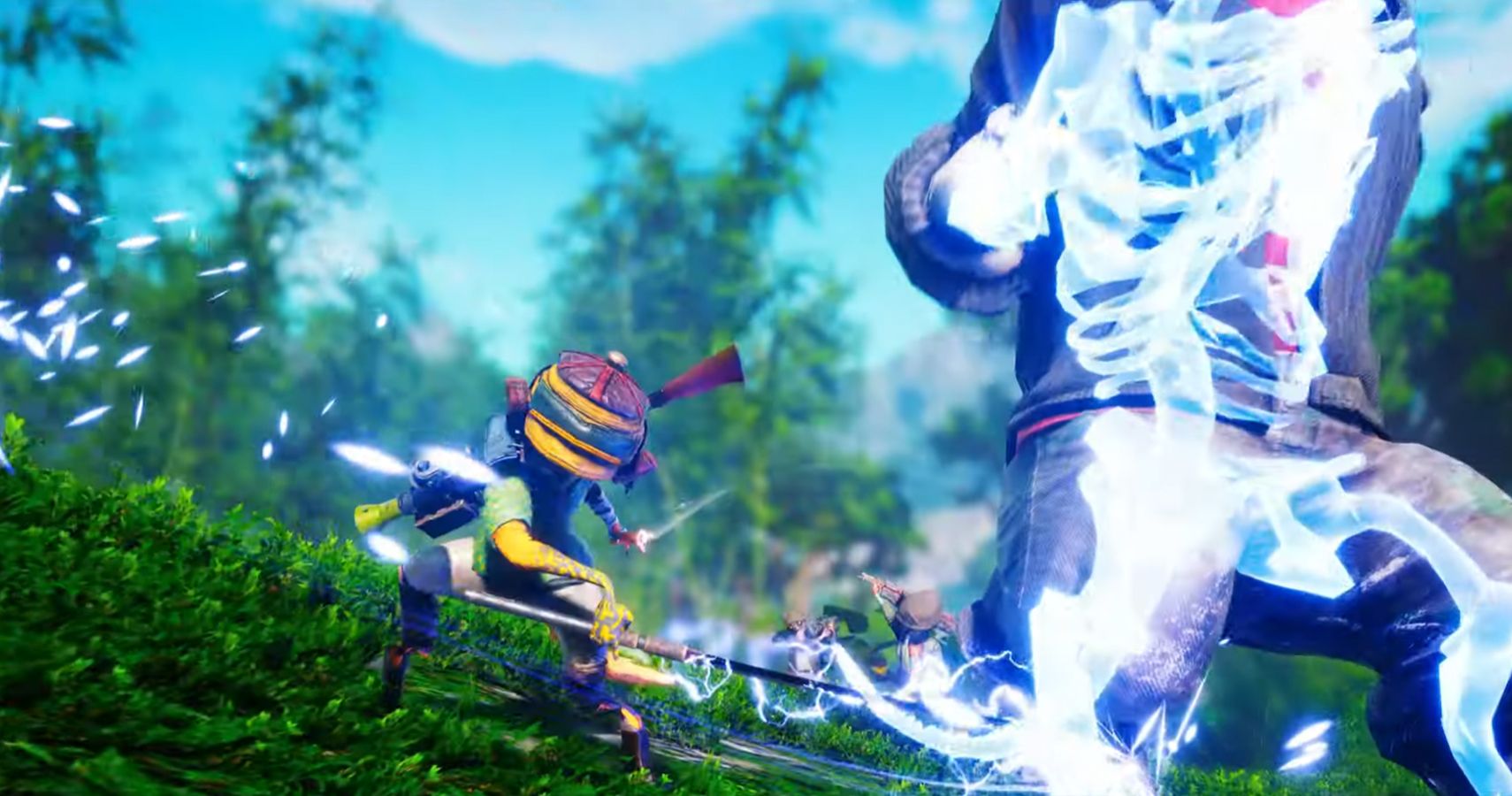 Melee builds are dangerous for beginners. Enemies can quickly overwhelm you, leaving you with little room for error and no way to escape. Still, there are a few ways you can spec out a successful melee build.

If you’re not keen to stand in one place hacking away at enemies, considering building a nimble class that can still deal a bit of melee damage. The Saboteur class is well-suited to this sort of gameplay, letting you dodge attacks without spending up too much Ki Energy:

As usual, you’ll want to max out your Class-related Perks, then work on unlocking the following Psi-Powers and Biogenetics:

These should give you a nice smattering of movement-based skills and ones that restrict your opponent’s movement. Just remember to never stop moving and dodge as often as you can – Saboteurs see a 20% reduction in dodge cost, so there’s no reason to not keep rolling.

Can’t be bothered to dodge or parry attacks? Fear not – this build is for you. Pairing the hardy Sentinel class with the melee-based Hyla breed lends itself to a playstyle that can stand and deliver.

Max out your preferred Weapon Stats and Class Perks, then focus on these skills:

You could also funnel some of your Bio Points to upgrading your Resistances, making you an even more unstoppable tank.