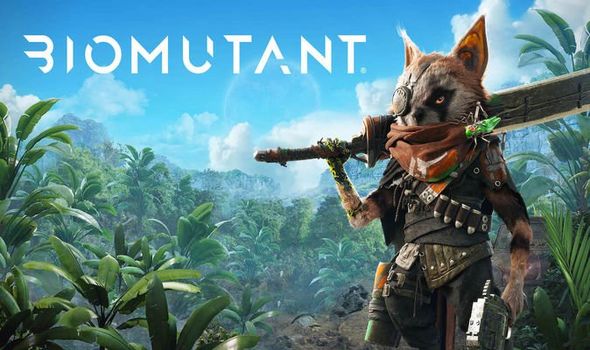 NVIDIA has announced the latest batch of games to join the GeForce Now line-up.

The headline new addition is BioMutant on Steam, which is one five day and date releases to join the streaming service.

The third-person action game can now be played on devices such as smartphones, tablets and Shield TV.

BioMutant joins the likes of King of Seas, Maneater and Imagine Earth, which are also out now.

The new games line-up is completed by Warhammer Age of Sigmar: Storm Ground, which is a turn-based strategy game.

If you’re a fan of retro games – specifically Cave shooters – you’ll be happy to hear that Deathsmiles has also joined the line-up.

Other older games include Bad North and The Legend of Heroes: Trails of Cold Steel III, as well as Redout and Shadow Run.

There’s good news for board game fans, as Ubisoft’s Monopoly Plus joins the streaming service.

The full list of GFN Thursday games can be seen at the bottom of the page.

The newly released Biomutant is described as an “open-world, post-apocalyptic Kung-Fu fable RPG”.

It features a unique martial arts combat system, which includes a mixture of melee, shooting and mutant ability action.

“A plague is ruining the land and the Tree-of-Life is bleeding death from its roots,” reads the official Biomutant description.

“The Tribes stand divided. Explore a world in turmoil and define its fate – will you be its saviour or lead it to an even darker destiny?

“The martial arts style combat system allows you maximum freedom of movement and agility while mixing shooting, melee and powers from your mutations. Learning new Wung-Fu combat forms through progression and learning from masters you’ll meet, will constantly add to your choices and make sure combat never gets old.”

The full list of GFN Thursday games out this week…

• Biomutant (day-and-date release on Steam and Epic Games Store, May 25)

• Maneater (day-and-date release on Steam, May 25)

• Kill It With Fire (Steam)