It's no secret that games have gotten longer to complete over the years, with some modern JRPGs reaching well over 110 hours to roll credits for the first time. While the JRPG genre, in particular, may seem like a significant time commitment, there are quite a few titles that are great jumping-on points for those who don't want to dedicate their entire life to beat.

JRPGs are home to some of the best games in the industry, offering heartwarming tales, tense gameplay, and even the best characters that can push the narrative to greater heights. So, when people dismiss an entire genre due to the length – while understandable – we feel they're missing out and should at least dip their toe into the shorter offerings. 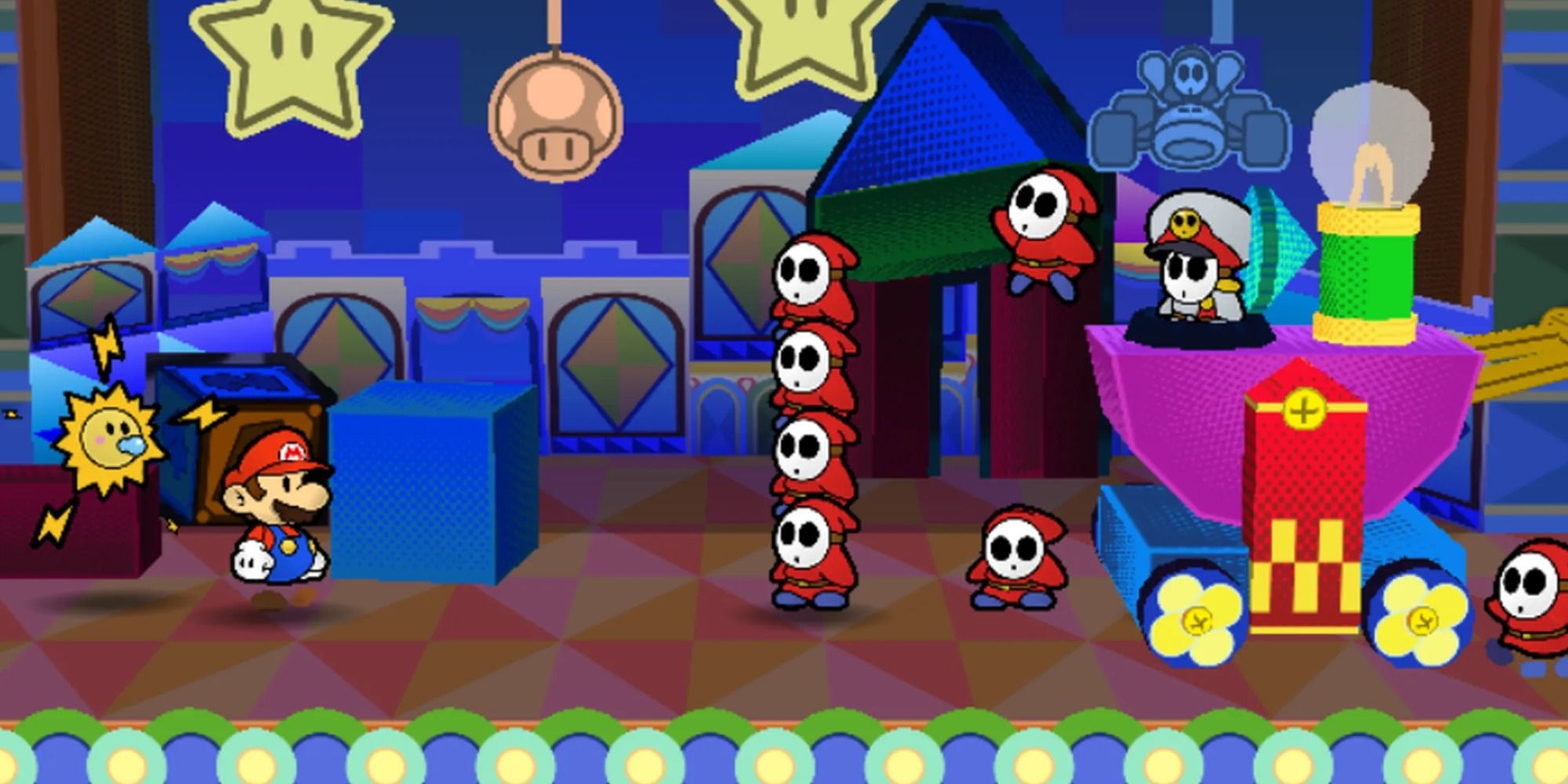 The original Paper Mario is still one of the best, easy-going JRPGs of all time and has endless charm and lovable characters. Additionally, the game's reflex-based combat system offers a fun, new twist on the classic turn-based gameplay, making each encounter feel engaging and fresh.

While not the most complex JRPG out there, Paper Mario is one of the Nintendo 64's best games and should absolutely be experienced by anyone who has yet to fall down its surprisingly deep and excellent rabbit hole. It takes roughly 24 hours to roll credits on Paper Mario, which is nothing nowadays, especially when you can now play it on your Switch. 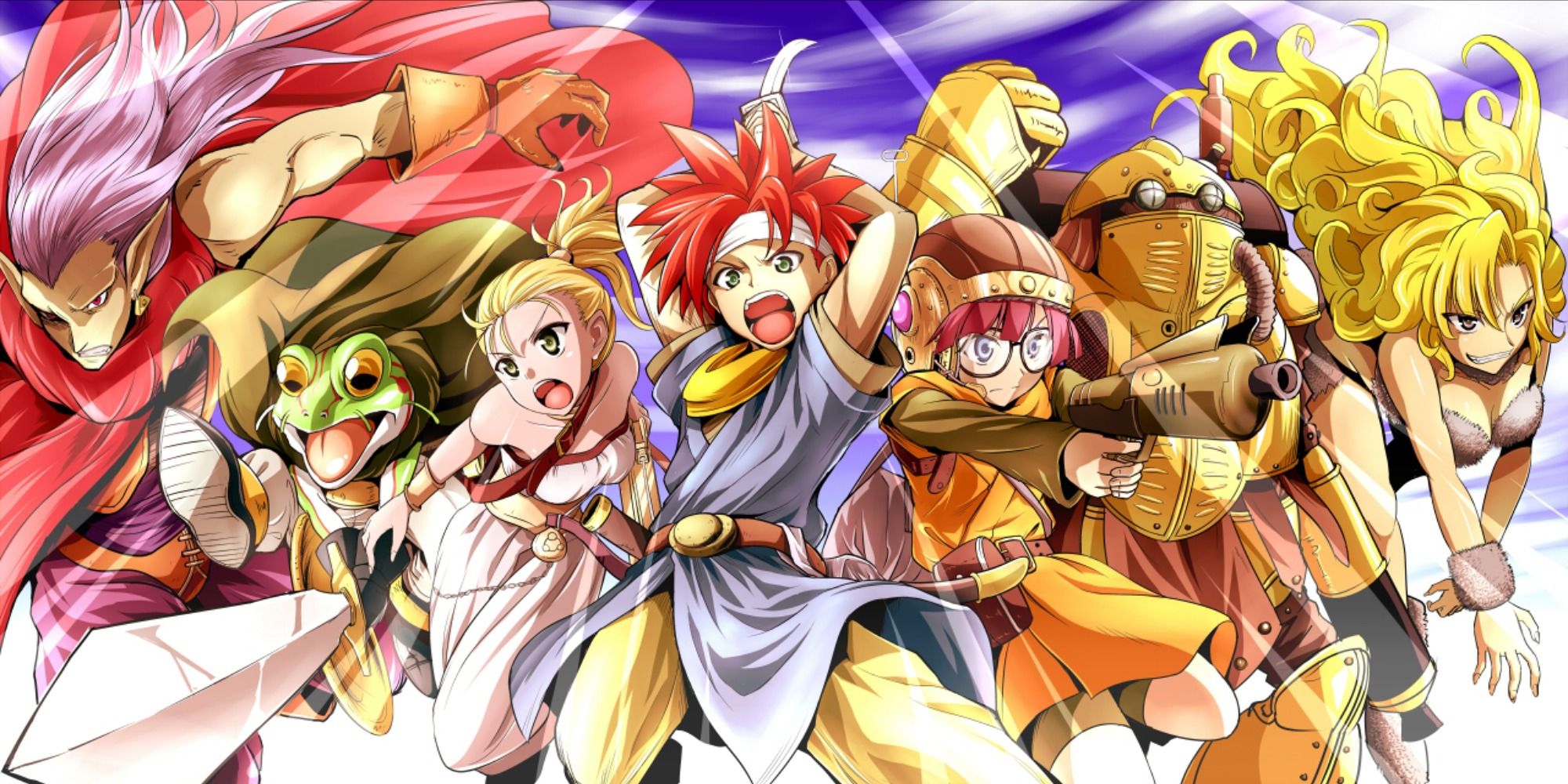 When it comes to classic JRPG titles, Chrono Trigger is considered one of the best ways to introduce someone into the genre due to its gorgeous pixel art, incredible soundtrack, and fascinating world. The game's length makes matters even better, which only runs roughly around 26 hours to complete (or a tad longer if you like poking around the world).

The only downside is that Chrono Trigger is absent from most current-gen consoles even with backward compatibility, making it only readily available on Steam, smartphones, and the Nintendo DS. We hope it will make its way onto the Nintendo Switch Online service or back onto the PlayStation Store in the near future.

8 The World Ends With You: Final Remix 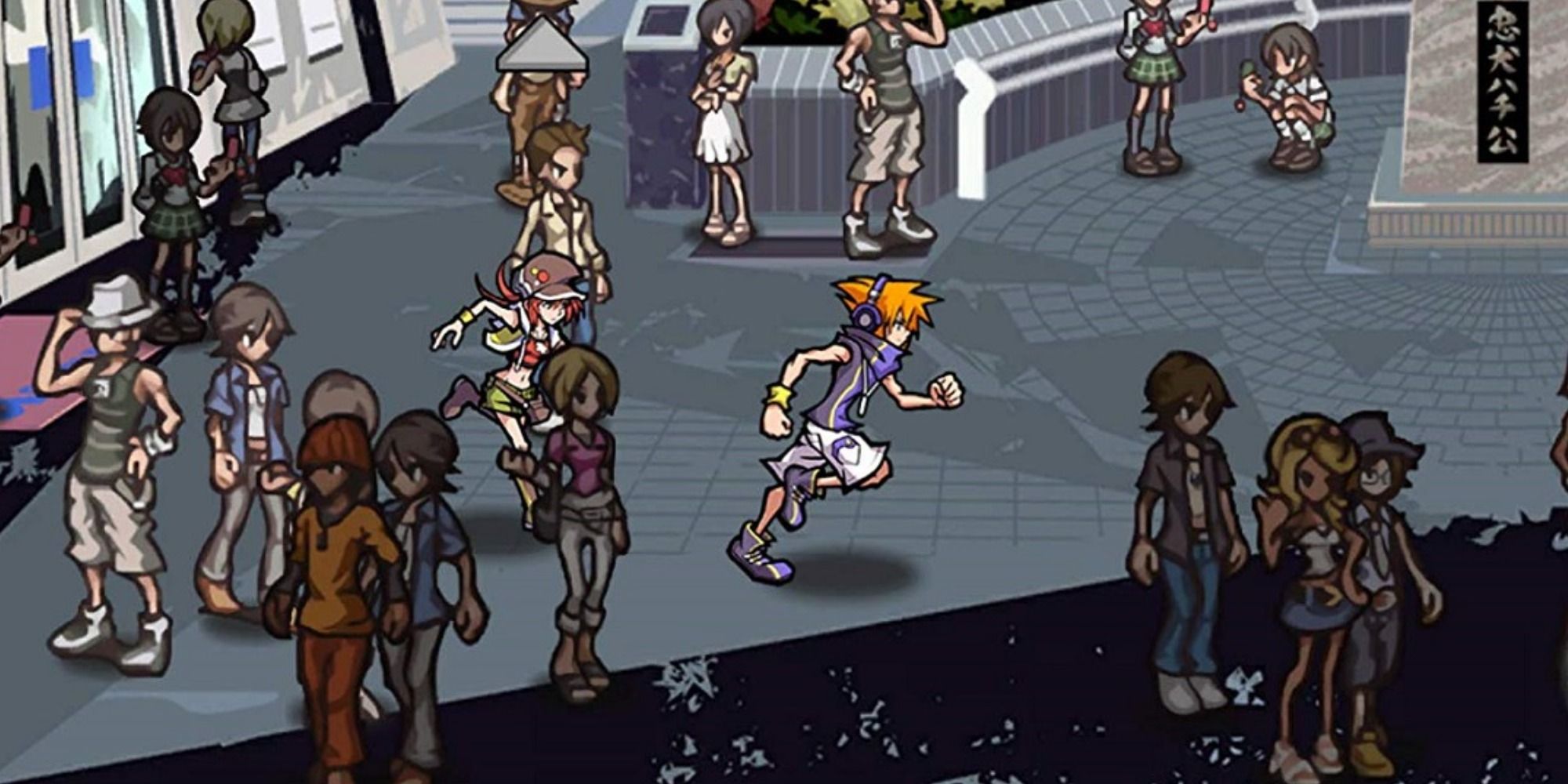 Another classic Square Enix JRPG is The World Ends With You, beloved by its fans for its dark story, incredible characters, killer soundtrack, and unique combat. Getting through the main story will only take roughly 17 hours, or up to 26 hours if you like doing side activities, making it pretty doable for newcomers.

Additionally, the "Final Remix" version is available on the Switch, offering exclusive levels and revamped music. And, if you happen to fall in love with The World Ends With You (as many will), check out its sequel NEO: The World End With You, which delivers more of the same emotional story, great characters, and an exhilarating soundtrack that matches perfectly with the gameplay (though, it is a tad bit longer). 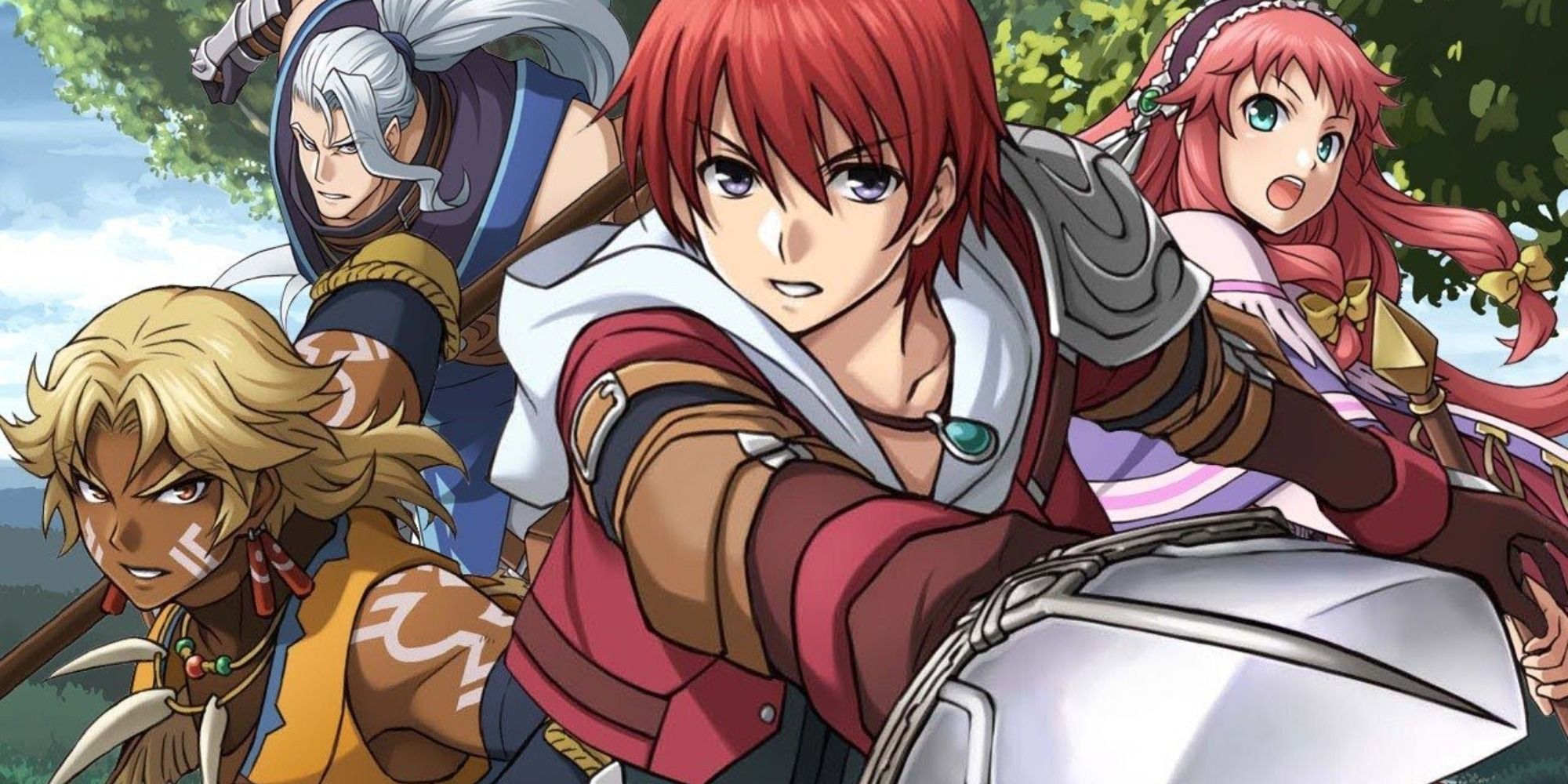 The long-running Ys series is oddly underrated despite it being so beloved by its fans, with Memories of Celceta being an installment that the community has split opinions about when it comes to its story and admittedly outdated visuals. Still, even with those setbacks, Ys: Memories of Celceta has genuinely impressive gameplay that still holds up.

If you ever considered diving into a Ys title, you cannot go wrong with Memories of Celceta and its near 28-hour runtime. It may not be the perfect JRPG on the market, but it is absurdly fun and is worth your investment in that aspect alone. You can find Ys: Memories of Celceta on the PlayStation 4 and Vita, as well as on Steam. 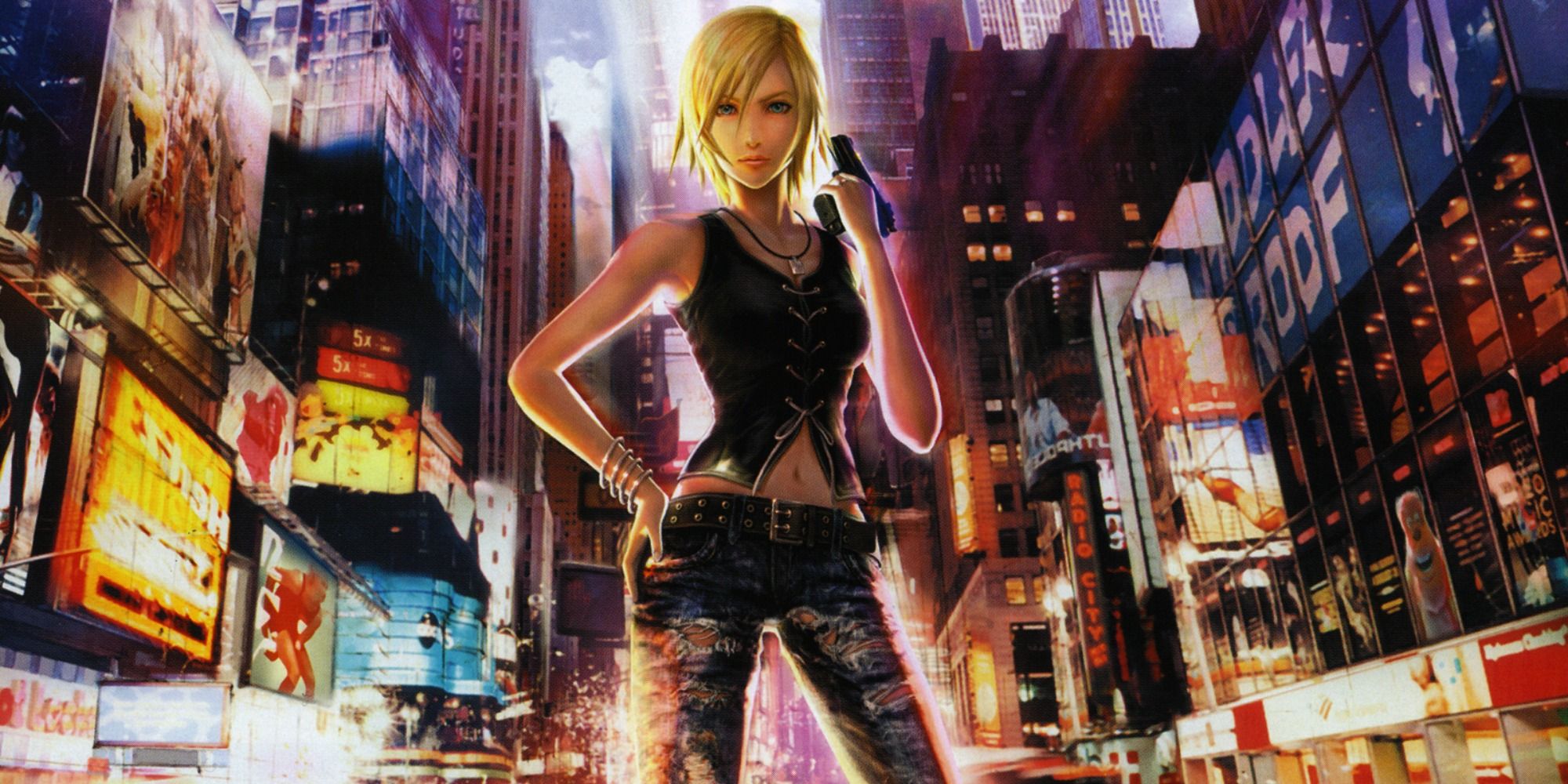 Even with Parasite Eve's high praise, we still have a severe lack of Survival Horror JRPGs, a perfect blend of genres that birthed one of PlayStation's best titles. There is genuinely nothing quite like exploring the abandoned streets of Manhatten during Christmas time, killing grotesque monsters and in complete isolation.

Unfortunately, trying to experience this ~12-hour masterpiece is more challenging than you'd expect. Parasite Eve is nearly impossible to get and unavailable on almost every platform despite its success and passionate fanbase. However you decide to access it is on you, but you should absolutely get your hands on it at least once. 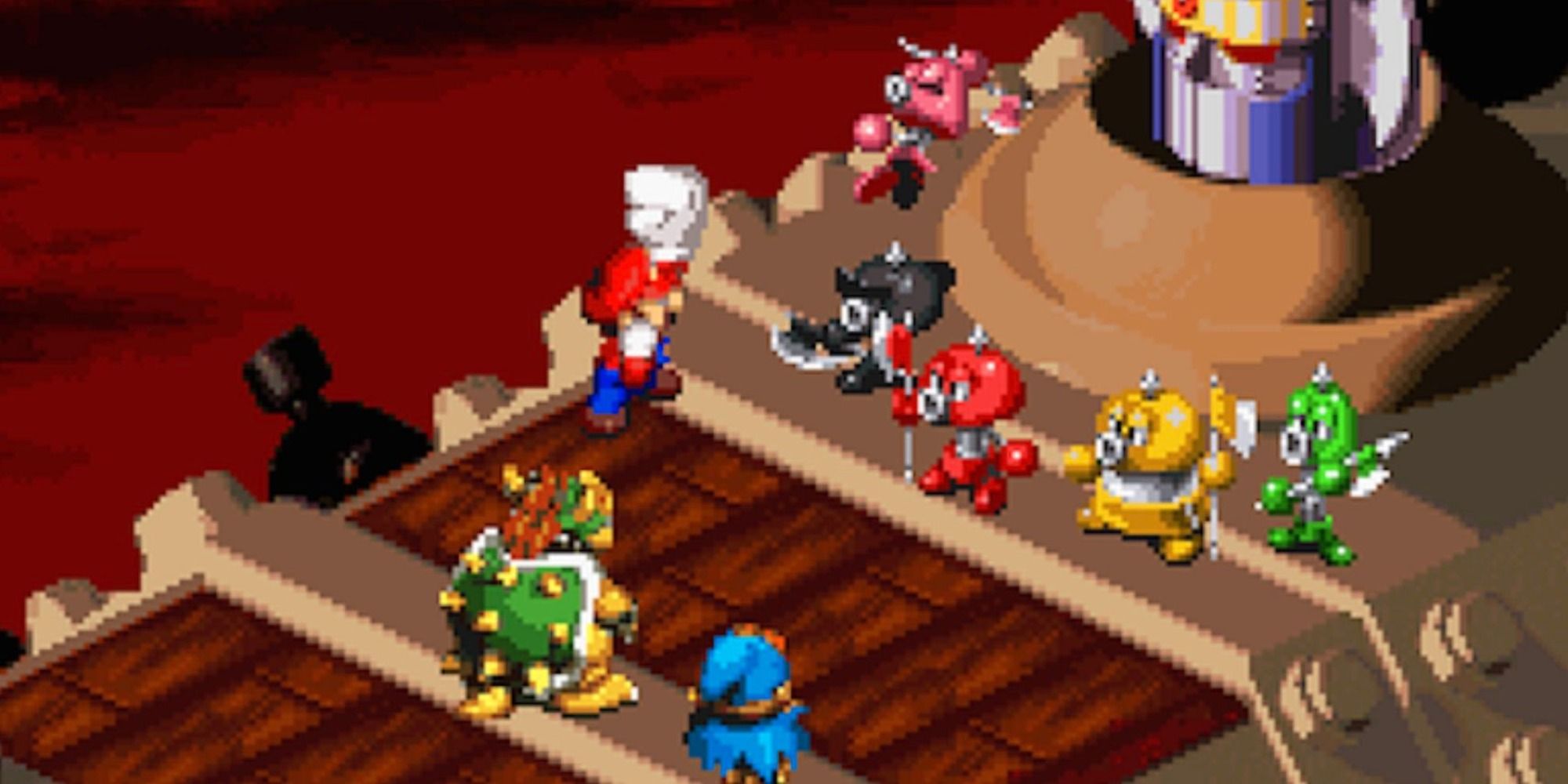 Is it considered cheating to have two Mario RPGs on this list? Well, if it is, there's no shame to be had here as the predecessor to Paper Mario is also worth your time. Super Mario RPG: Legend of The Seven Stars is all killer, no filler from the moment you press start, offering around 19 hours of sweet JRPG goodness.

Though not quite as extreme as Parasite Eve, Super Mario RPG also suffers from not receiving ports to newer platforms as it should, making it hard to obtain if you only have access to modern consoles. The only way to purchase Super Mario RPG, at the moment, is on the Wii U's Virtual Console, making us worry it may never see the light of day again. 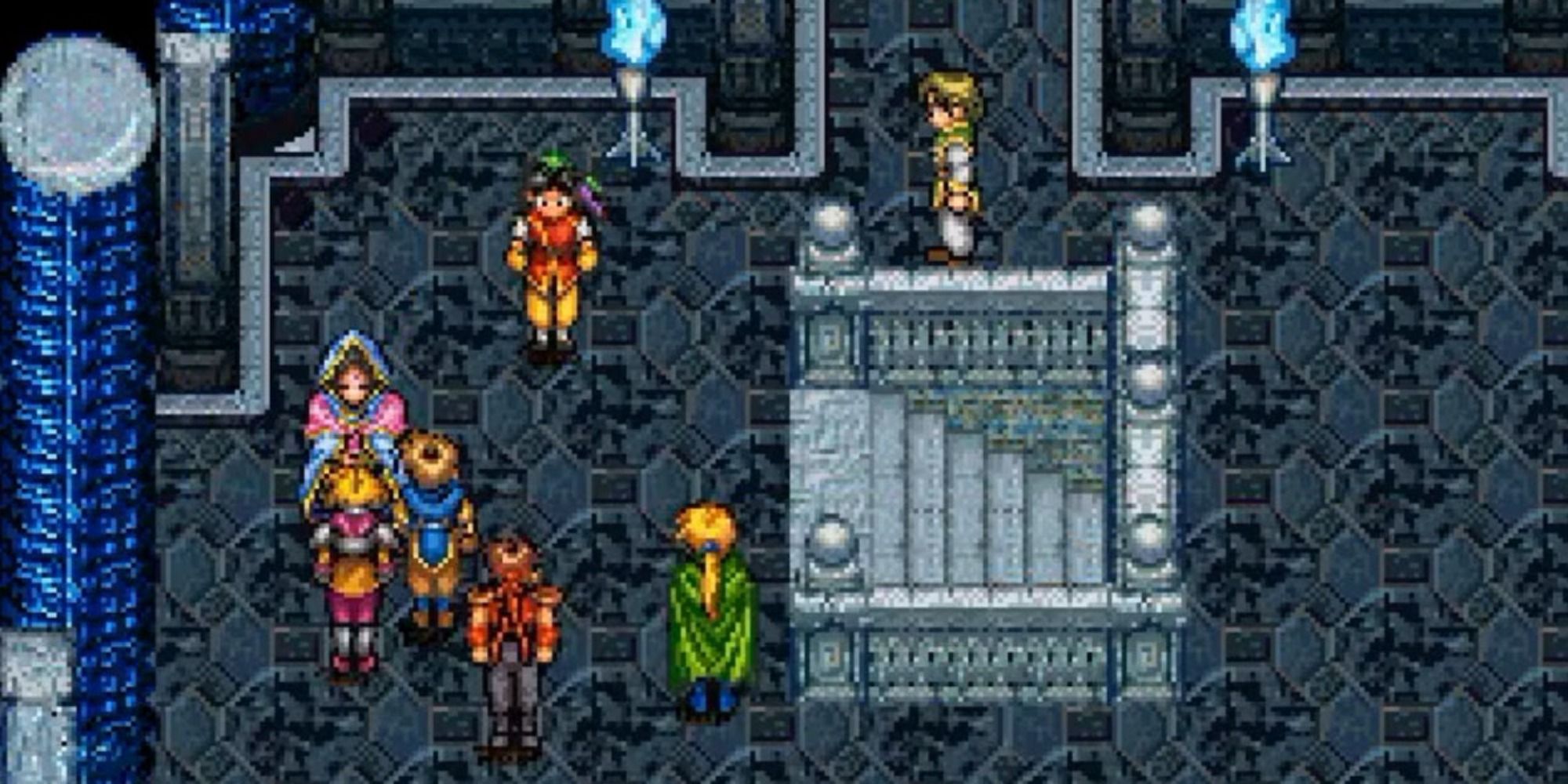 Suikoden is an incredibly special game to many people and is another classic JRPG that hardly has any filler throughout its 24-hour tale. While its gameplay can feel a tad dated here and there, Suikoden's masterful writing, world-building, and characters still hold up well to this day.

While it's unfortunate the only way you can obtain the title is via the PlayStation 3 Store, we're hopeful Sony's upcoming new membership will make it accessible on the PlayStation 4 and 5 platforms (along with Parasite Eve and Chrono Trigger). Additionally, if you happen to get your hands on Suikoden and love it, all eyes should be focused on its upcoming spiritual successor, Eiyuden. 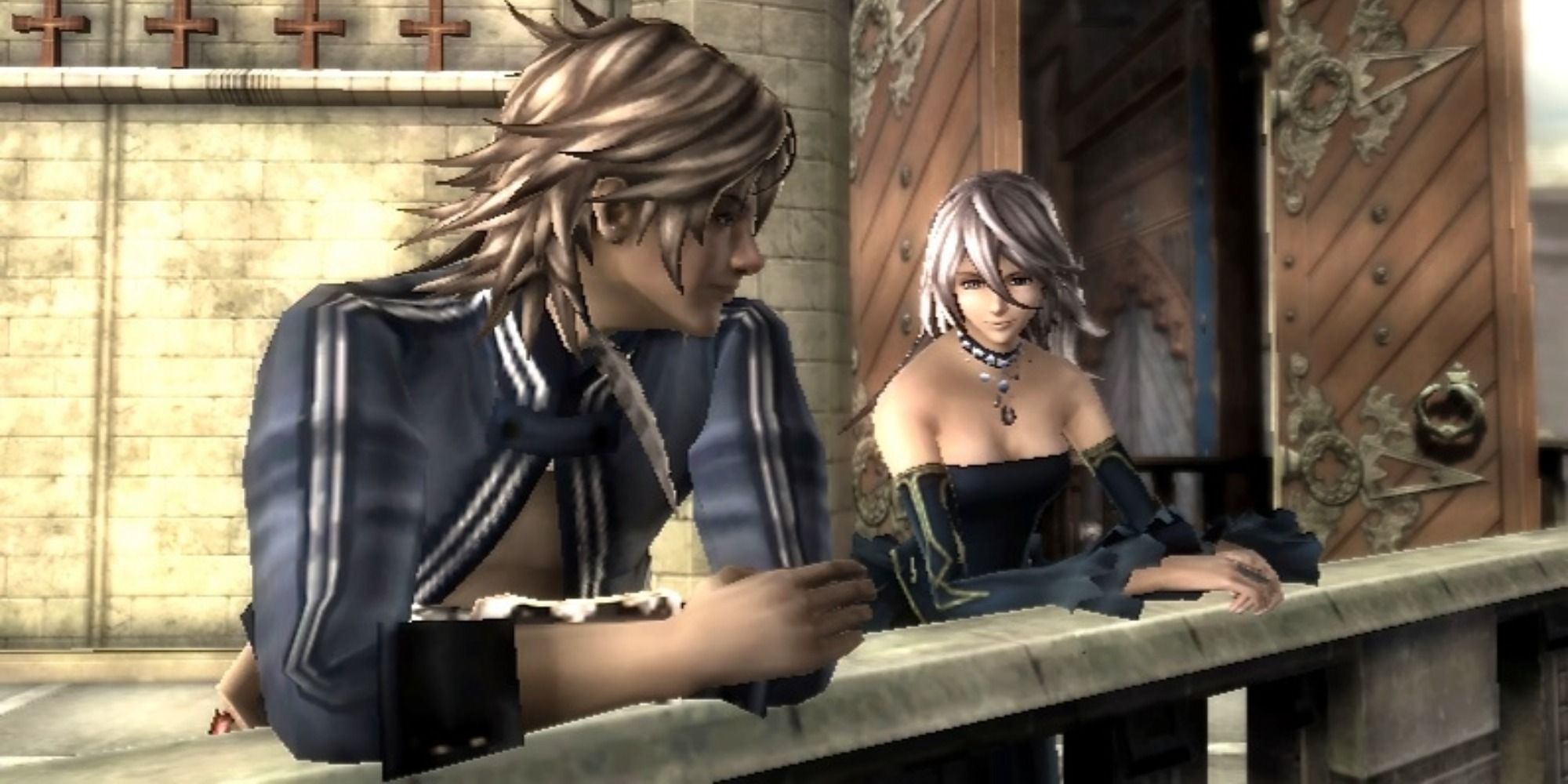 Though it's much easier to access than others on the list, The Last Story is also bound to old hardware and is exclusive to the Wii and Wii U, with no hope for a port to the Switch anytime soon. While its plot is rather generic, it more than makes up for it with several twists to the classic JRPG formula.

To get to the credits of The Last Story, you are looking at a 26-hour commitment, which falls in line with most of the other excellent titles mentioned so far. The Last Story flew under most people's radar. If you are one of the people this game blew by, give it a chance if you have the means. 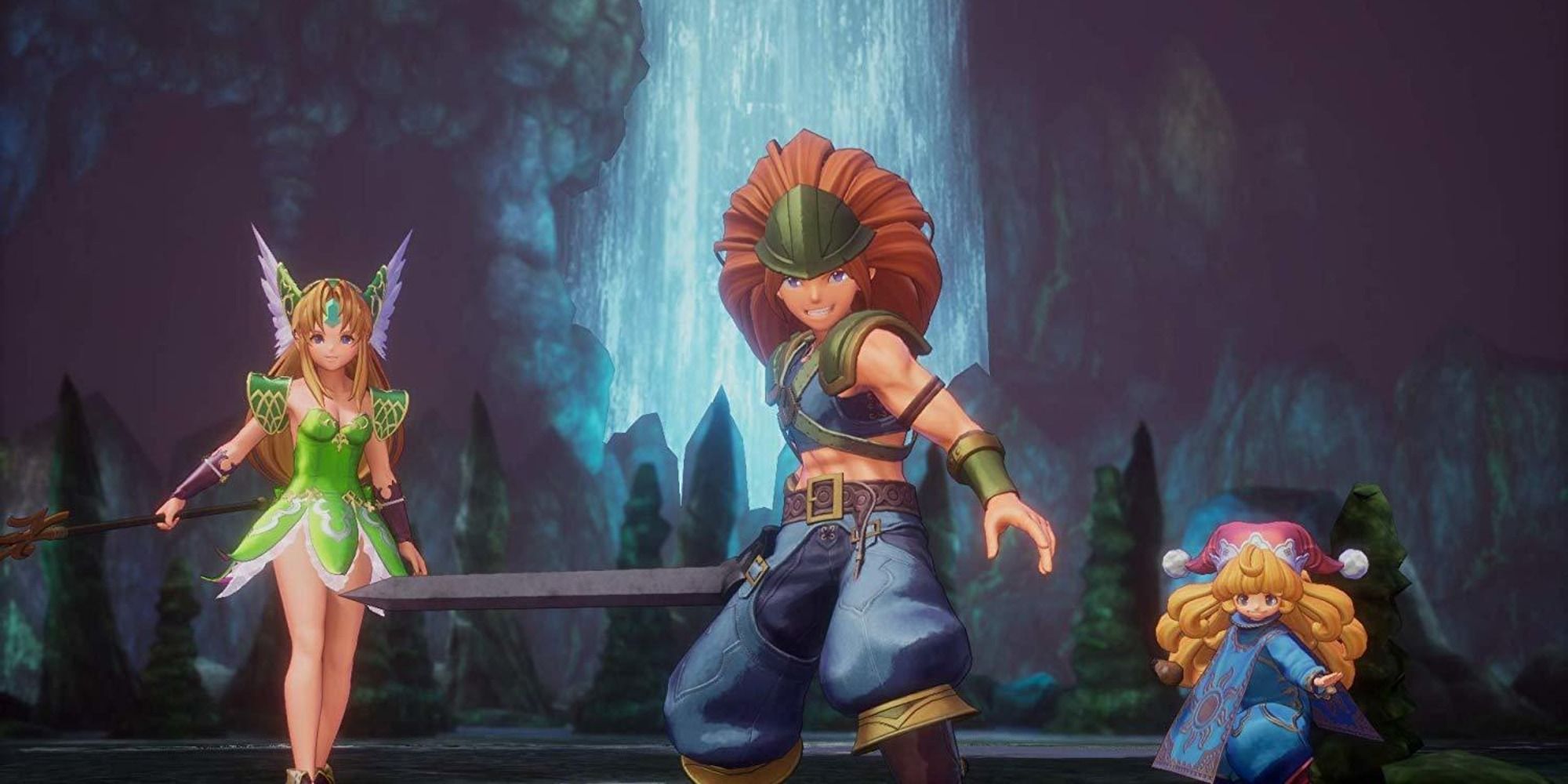 While most 3D remakes of classic JRPG titles typically miss the mark, the 2020 remake of Trials of Mana is an exception to the rule. Trials of Mana will take around 28 hours to complete, slightly longer than some may like, but it is more than worth experiencing, especially for newcomers to the genre or series. And, if you happen to enjoy your first playthrough, you may be delighted to know that there are six different playable heroes, all of which change the story and villain of the game, allowing you to replay the game for a different adventure and outcome.

Being a modern remake, Trials of Mana is widely accessible on the PlayStation 4, Nintendo Switch, Steam, and even smartphones, so there's no excuse for passing this gem up. The Trials of Mana remake is one of the best remakes in the past couple of years, making it a must-play for anyone interested in the genre. 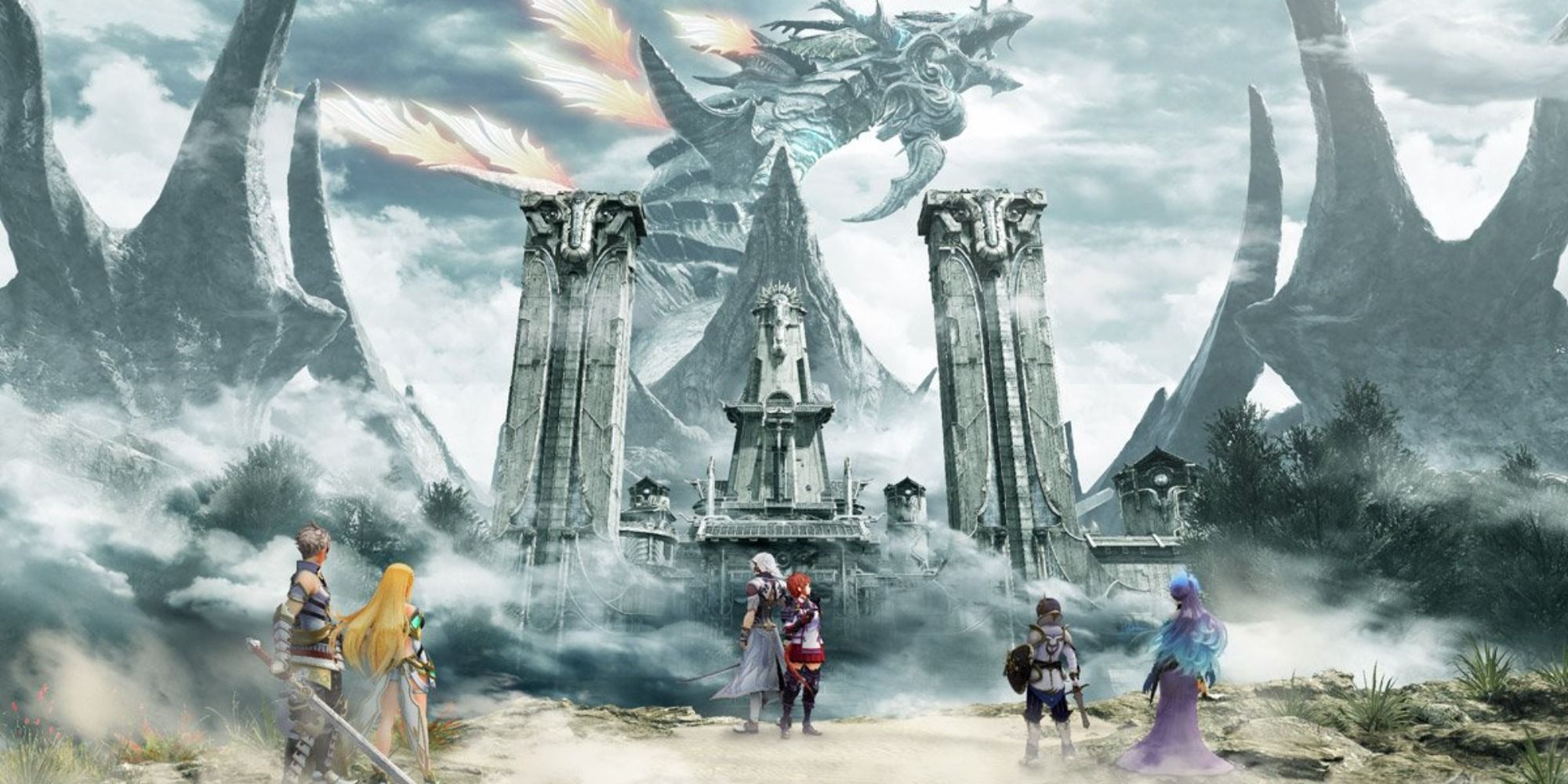 Even though it's a standalone expansion to the enormous 100+ hour game Xenoblade Chronicles 2, Torna ~ The Golden Country offers a much more digestible experience that can get knocked out in roughly 25 hours. Furthermore, this expansion takes place 500 years before the original game, so you don't have to worry about spoilers or missing out on important story beats.