Open world games continue to be some of the most popular and entrancing in each generation. As technology has evolved, developers and modders alike have fully embraced creating worlds full of wonders and sights to explore and see. One of the best ways to take it all in is from the skies in some form or fashion.

Flying in video games brings players to new heights (literally) and offers gorgeous sights, new game mechanics, and a ton of fun. What’s even better is when the flying is in an open-world game. Open-world games offer almost limitless exploration within the game’s world. Sometimes it’s part of the original game’s design, and sometimes it’s available thanks to a talented modder. Regardless, these are some of the best open-world games where you can fly. 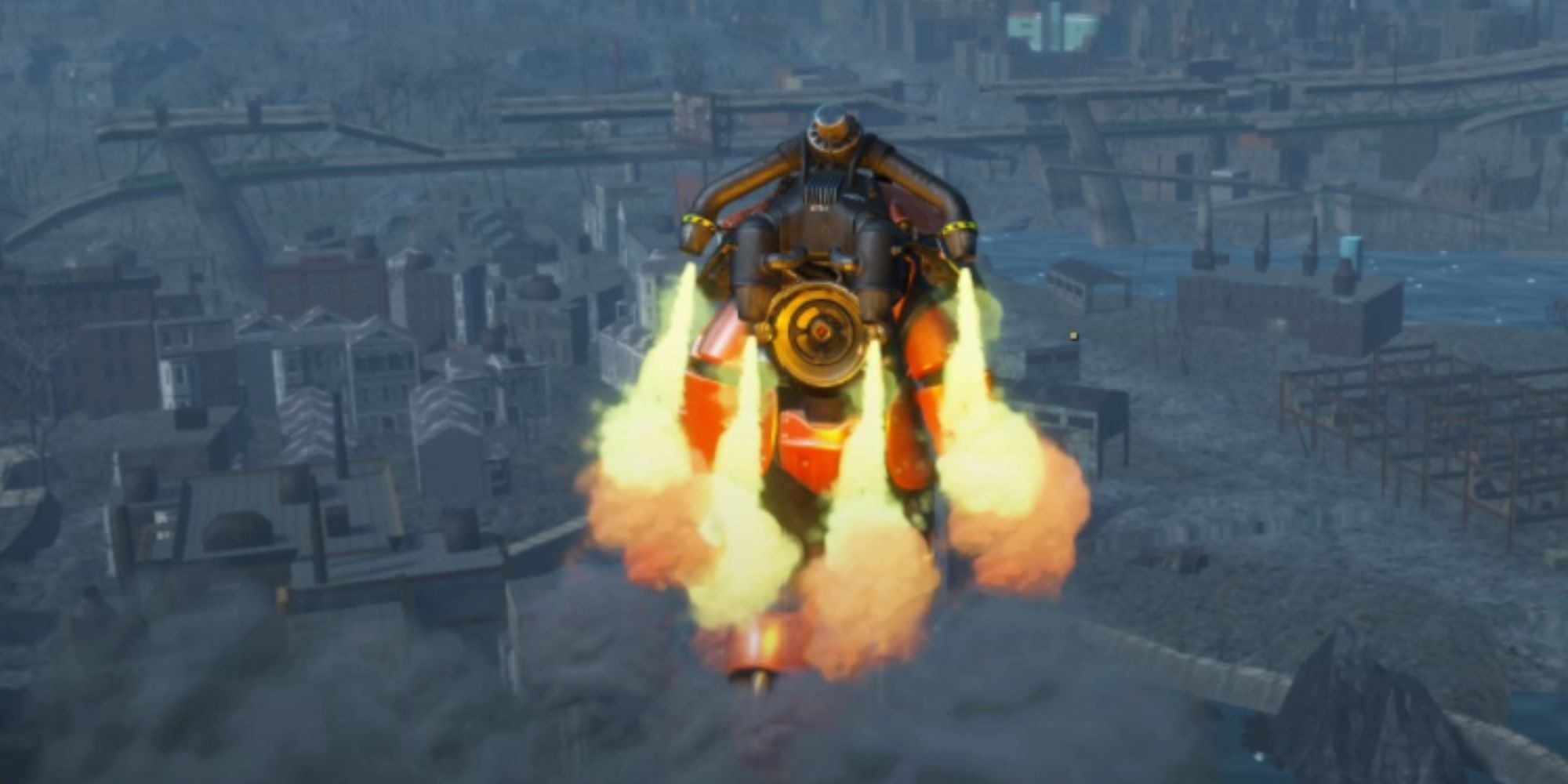 Fallout 4 has always been a game that has a well-developed modding community. Over the years, a number of really great mods that improve the game have been released. What makes Fallout 4 even more fun is being able to fly.

While the base game does include a jetpack, it runs through power cores fairly quickly, and flying can’t be sustained. Fortunately, there are a number of mods that allow you to traverse the wasteland by flying. Some mods allow you to just fly while others utilize the jetpack. 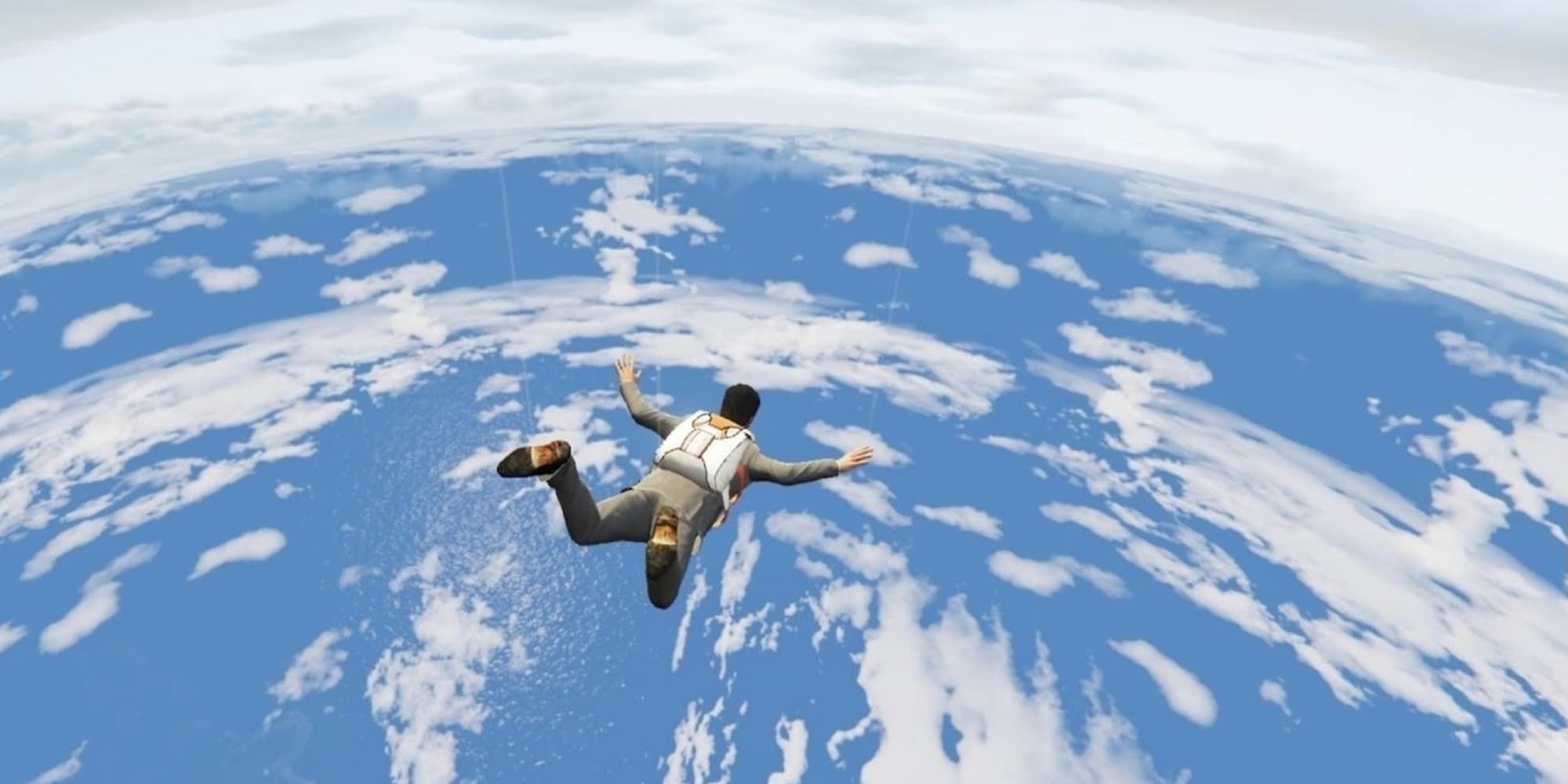 While some games allow players to fly using supernatural powers, jetpacks, or even as a dragon, some open-world games rely on flying by using a good old fashion aircraft.

Grand Theft Auto 5 lets players fly airplanes and helicopters. There are a number of ones to buy, but make sure you have a helipad to land on. If you’re feeling super adventurous, you can mod it so your character can fly. When doing so, they take on the free-falling animation to move around through the sky and it looks somewhat realistic. 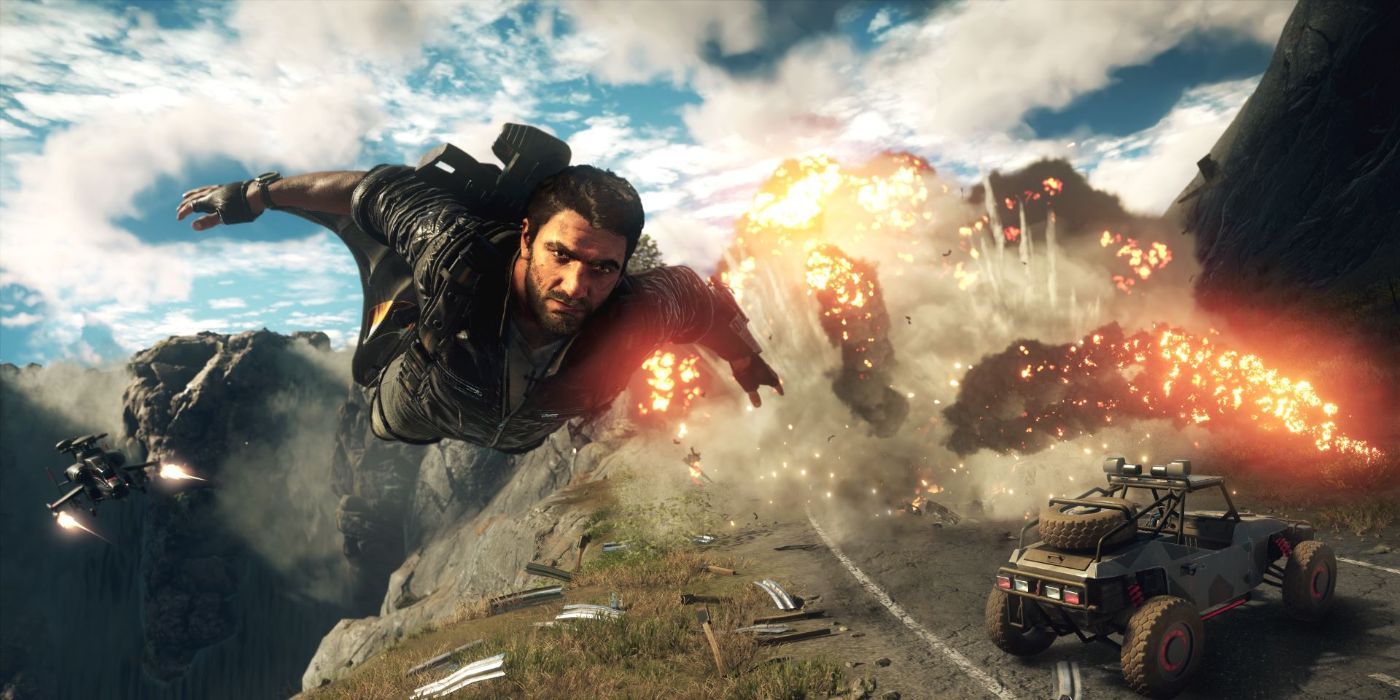 What really makes an open world thrive is the inclusion of dynamic weather. Just Cause 4 includes tornadoes, blizzards, and thunderstorms. All of these add up to the perfect storm for the game’s wingsuit and grappling hook.

With these two tools, you’re able to fly around the vast nation of Solís in style. While the wingsuit can be tricky to learn, mastering its techniques allows you to fly and zip around the world. There are also airplanes and jets you can employ to take out enemies or just to get around. 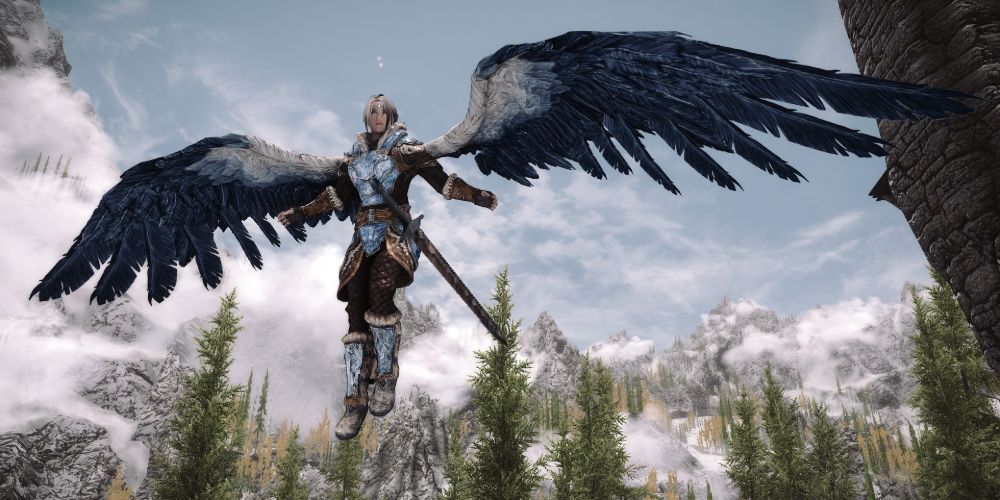 With the main plot of Skyrim centered around Dragons, you’d think the game would allow you to fly at some point. While it does let you hitch a ride on a dragon in the Dragonborn DLC, you’re not able to control it.

However, thanks to some dedicated and talented modders you can fly in style. The Animated Wings Ultimate Mod allows players to choose from over 60 fully animated wings to explore the world. From fairy wings to dragon wings, there is a little something for everyone.

Despite its rocky start, No Man’s Sky has finally become the game many hoped it would be in the beginning, a place where you explore a procedurally generated world.

The game itself is the largest open-world game ever thanks to the way it is built and you’re able to explore it in your spaceship, zipping around the stars and planets to your heart’s content. Now, thanks to the Prisms Update, you’re also able to take and ride flying creatures on the planets you explore. 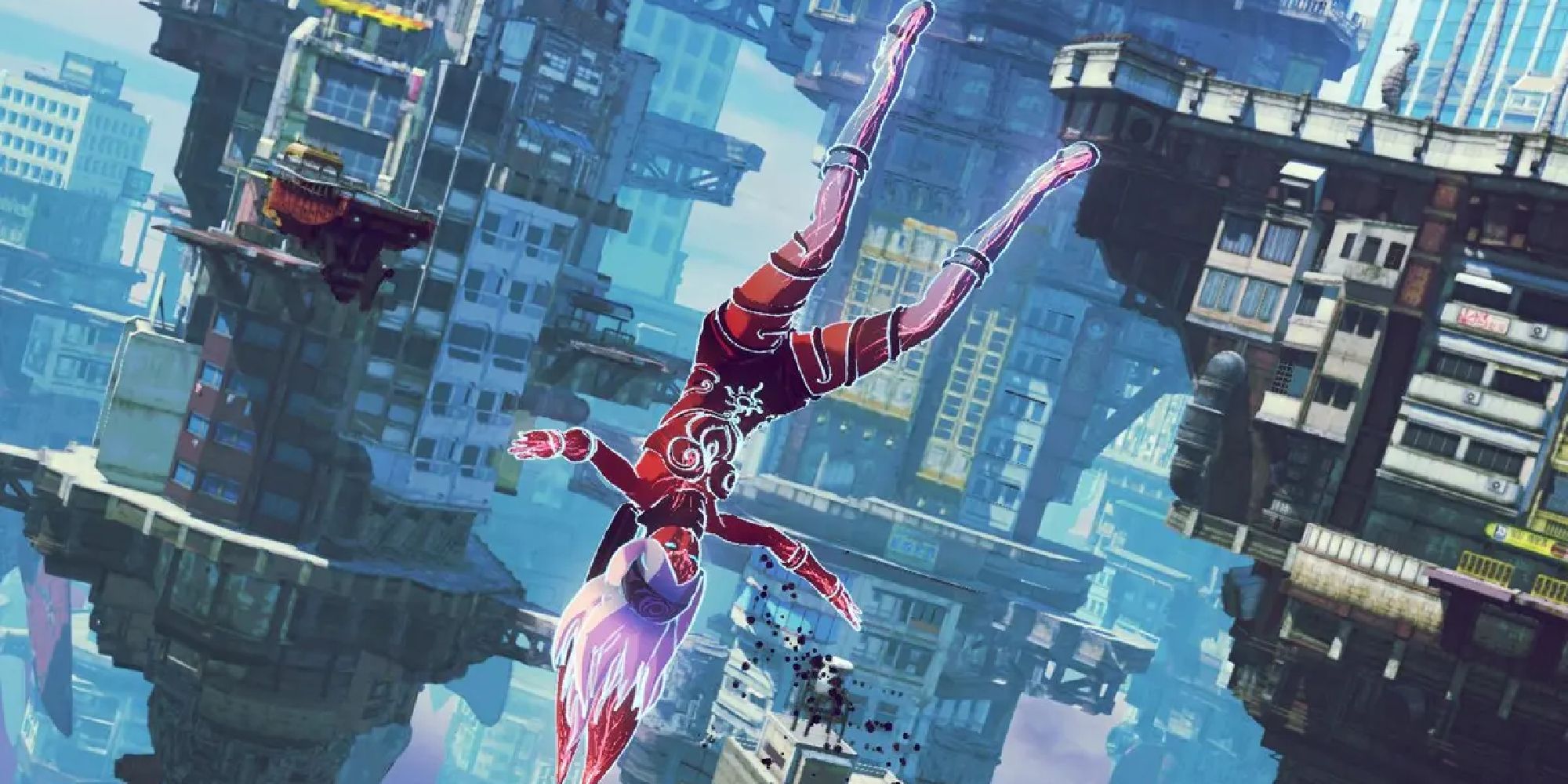 Few games that include flying really capture the sense of wonder that comes with flying through the air at high speeds as everything around you blurs. Gravity Rush 2 turns flying on its head and the game's main character, Kat, moves through the manipulation of gravity.

The game also includes multiple ways to play ranging from abilities that allow higher jumping to ones that make Kat heavier. There are a lot of ways to use Kat’s ability as you move through the game’s open-world – which is two and a half times larger than the first game’s. 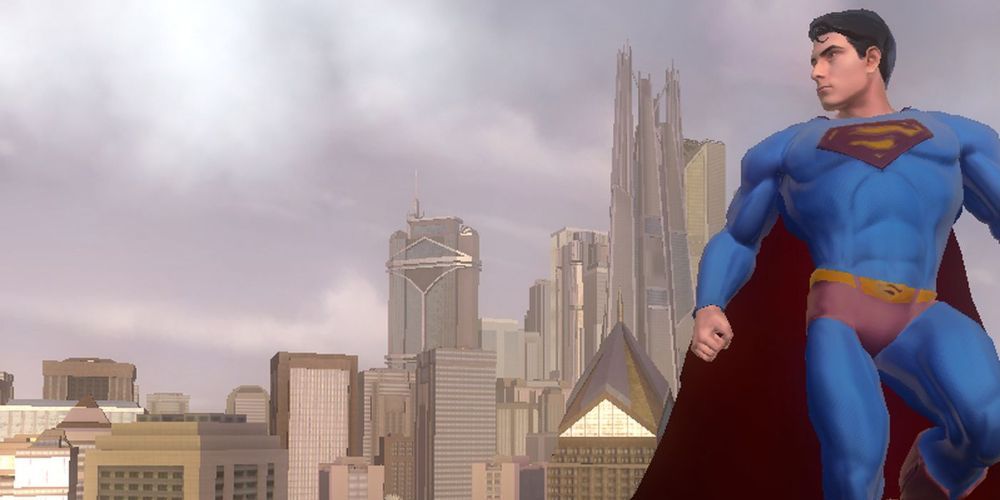 As kids, almost everyone dreamed of flying around like a superhero. Thankfully, as the popularity of the Marvel Universe exploded in the last several years, more and more games starring favorite superheroes have been released. Before that, however, a well-known DC Superhero got his own game.

Superman Returns was billed as the ultimate open-world superhero game, letting players fly around as the titular character. He can travel upwards of 800 miles per hour and will need to fly toward the sun to replenish his energy.

1 The Legend Of Zelda Breath Of The Wild 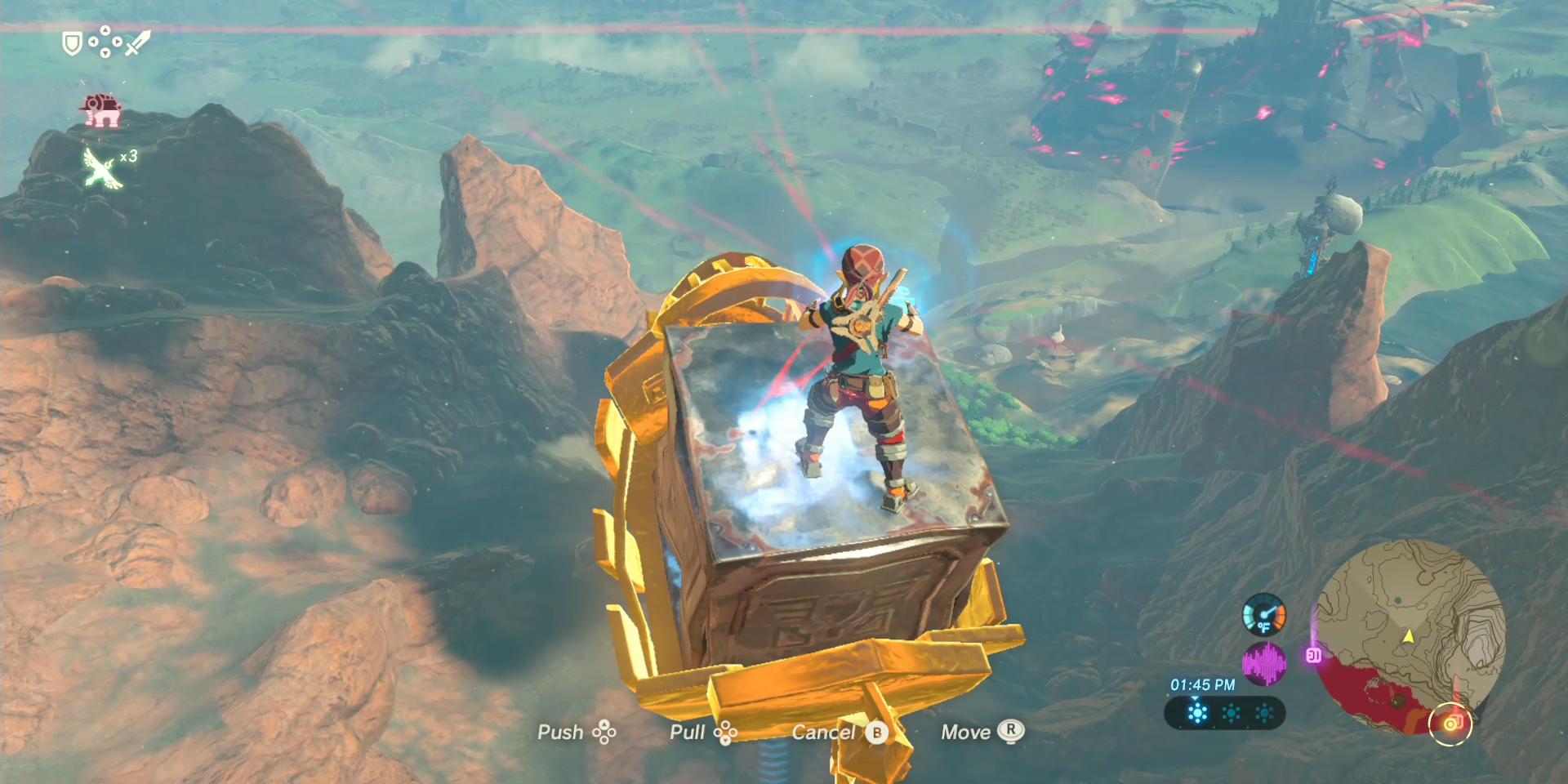 While most players might not think of Breath of the Wild as an open-world game that you can fly in, it’s possible. While the Paraglider does allow for flying for short distances, the game has some wild mechanics with the use of the various Sheikah Slate powers that, when used correctly, allow Link to fly.

By stopping time and hitting objects, Link can cause them to move through the air. If he jumps on them right before they launch, he too will join in on the flight. There have been many viral instances of players utilizing the game’s mechanics to make Link fly through the use of bombs, stopping time, and even creating frozen pillars.