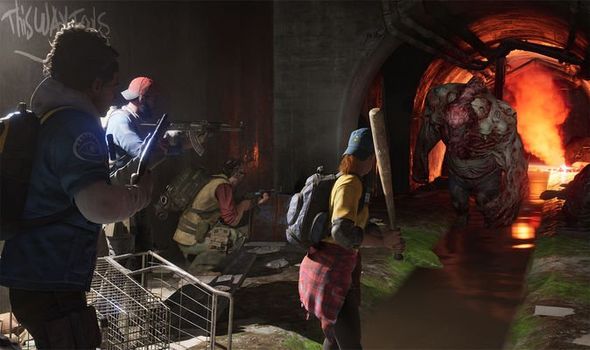 The Back 4 Blood open beta has been played by thousands of gamers this week across Steam, Xbox One, PS4 and next-gen consoles.

A spiritual successor to the popular Left 4 Dead franchise, Back 4 Blood offers plenty of co-op action to those who want to team up to fight undead hordes.

The full release date is scheduled for October, but developers Turtle Rock Studios has been putting the game through its paces in August.

This is to iron out any issues and is a way to test how the servers can deal with thousands of gamers logging in all at once to play.

Things got off to a bit of a wobbly start last week, but there’s been plenty of time for everyone to jump in and enjoy the FPS.

But with all great open betas, this week will see the end of the Back 4 Blood fun until the full release date.

WHEN DOES THE BACK 4 BLOOD OPEN BETA END?

Developers Turtle Rock Studios have confirmed that the Back 4 Blood open beta will end on Monday, August 16, 2021.

That leaves everyone a little bit of time to jump in if they can download the game right now on their chosen platform.

The development team has also confirmed exactly when servers will be shutting down, with Turtle Rock telling gamers that the Back 4 Blood beta end time has been set for 8pm BST on Monday.

As of this time, there is no news regarding whether the beta will be extended, or if another will be held before the game is released.

It seems unlikely, but if more testing is needed, you can expect a big announcement to be shared before October 2021.

During the open beta, fans have had access to a number of maps and modes, some of which come with certain limitations.

Not all the final content has been available to play later this week, so there’s going to be plenty of surprises for those who buy the full version.

There are currently five different Cleaners to play as, along with various weapons to check out, cards to build decks with, and Ridden to slay. Two co-op PvE missions and two PvP maps are available, as well as the ability to explore Fort Hope.

Back 4 Blood is a cooperative first-person shooter zombie horror game with a heavy emphasis on multiplayer and replayability, which has a scheduled launch date of October 12, 2021.

When it finally arrives, gamers will be able to play together across Xbox Series X|S, Xbox One consoles, PlayStation 5, PlayStation 4 and PC.

“Hardened by the unspeakable events and emboldened to fight for humanity, a group of veterans of the apocalypse called the Cleaners had rallied together to take on the parasite-infected horrors known as the Ridden to take back what is left in the world.”